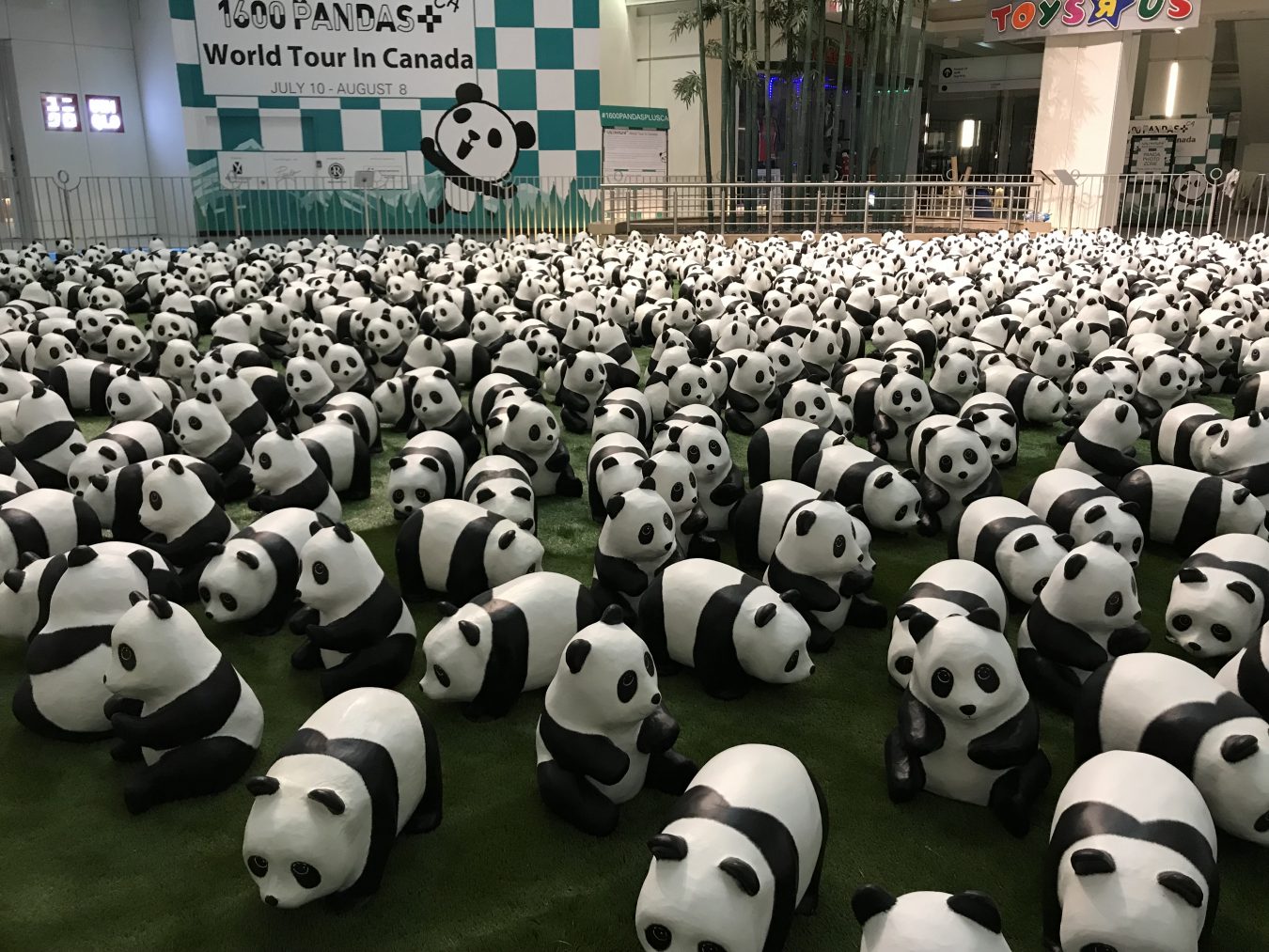 Next time you’re shopping at Metropolis at Metrotown in Burnaby, stop to say hello to hundreds of pandas. Papier-mâché pandas, that is.

On display in Metrotown’s Grand Court until August 8, 2018, the “1600 Pandas+ World Tour” exhibition will have shoppers of all ages squealing with delight. First launched in 2008 by the World Wildlife Fund (WWF) and titled “1600 Pandas,” the handcrafted art show represented the number of living pandas left in the wild at that time; fast-forward 10 years later, and the title of the tour has added a plus sign to reflect the 17 per cent increase in population to over 1,800. Regardless of the slight name change, the main goal of “1600 Pandas+” remains the same: to increase public awareness about preservation.

“Pandas have been a symbol of conservation for many reasons,” says Emily Giles, senior specialist of species conservation at WWF Canada. “They’re a reminder that we shouldn’t let a species get so close to extinction in the first place.” And conservation issues aren’t only prevalent in far-off places like China, Giles notes, sharing that a recent report by WWF Canada found that half of the country’s wildlife species are decreasing. “Exhibitions like this remind us that we need to take care of our wildlife and prevent them from declining,” she continues. “Together we can reverse the decline of wildlife.”

In town for the launch is French sculptor Paulo Grangeon, the creator of the exhibit; his face lights up when he sees his lovable friends. The bears—some sitting, some crawling, all adorable—are made in Thailand using recycled paper, rice glue, and water-based paint. Grangeon says the handcrafted process took his 40-person team three months to complete. “Each time is a new pleasure,” he says of touring the show around the world, to countries including the Netherlands and South Korea. “It’s important.” He loves the animal very much; even his business cards are shaped like pandas.

During the duration of the show in Burnaby, visitors will have the chance to “adopt” one of the pandas on display by making a minimum donation of $50 directly to WWF Canada (Metrotown’s marketing director Judy Black does note that the pieces are going fast, though, so interested parties should act accordingly). Once the exhibition has come to a close, adopters will be able to pick up their new friends from the mall.

Metrotown chose to only display 888 pandas from the custom project due to the number eight’s significance as lucky in Chinese numerology. Certainly, Burnaby is lucky to host these lovable bears for a short while.