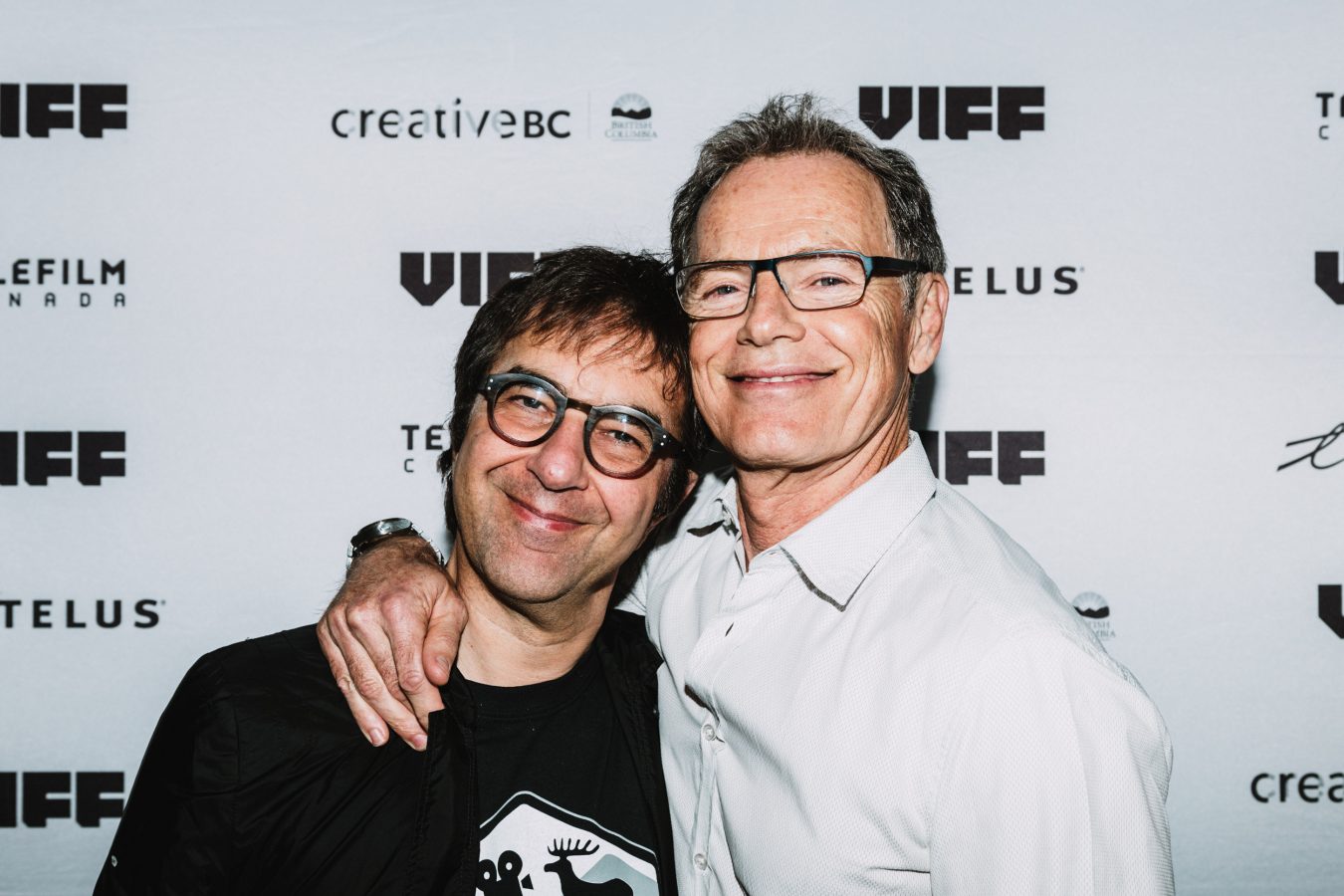 The atmosphere in the lobby of Vancity Theatre is usually lively before events that are attended by filmmakers, but April 19th, 2017 was a particularly special evening. To coincide with National Canadian Film Day (NCFD150), the Vancouver International Film Festival (VIFF) hosted a screening of celebrated Canadian filmmaker Atom Egoyan’s The Sweet Hereafter (1997), followed by a creator talk with Egoyan, who was born in Cairo but grew up in Victoria, and Canadian actor Bruce Greenwood. The more devoted fans of Egoyan’s oeuvre could also stay to enjoy a late evening screening of another of his films featuring Greenwood: the critically acclaimed Exotica (1994).

Given that the talk was sandwiched between two movies dealing with the aftermath of death, abuse, and trauma within families, and quaint communities in denial of their own perversity, this event was palpably and surprisingly lighthearted. What became immediately clear was that Egoyan is first and foremost a lover of cinema—and his enthusiasm has a way of electrifying the air in a room. Greenwood appeared similarly excited to revisit the film after 25 years; he had not seen The Sweet Hereafter since its 1997 premiere at Cannes Film Festival, where it took home the Grand Prix. This temporal distance from the project allowed the film to strike both the actor and director in new ways. As Greenwood phrased it with a thoughtful shake of the head, “When the alchemy works, it’s a powerful medium.” Void of any false modesty, the duo reflected with pride and humour on an early collaboration. Greenwood even prodded playfully at Egoyan’s role in the film’s success by suggesting, “When you get a good script, it kind of directs itself.” What is a bit of reminiscing between old friends without a measure of good-natured teasing, anyway?

Appropriately for an event attached to NCFD150, many questions focused on Canadian specificity. Egoyan described Hollywood’s sometimes frustrating reliance on test screenings, contrasting this with greater autonomy experienced on less box-office-motivated projects in Canada. Members of the audience remarked approvingly on Egoyan’s decision to set The Sweet Hereafter in an explicitly Canadian locale; Egoyan spoke wistfully of falling in love with a stretch of highway near Merritt, B.C., drawing nods of recognition from the crowd.

Egoyan also shared an anecdote about his initial pursuit of The Sweet Hereafter. As the story goes, he adored the original novel by Russell Banks and was keen to develop an adaptation for the screen, but was encountering bureaucratic barriers. Just when it seemed that Egoyan might have to let go of the project, he happened to discuss it at party with Margaret Atwood, who luckily was friendly with Banks. Atwood kindly arranged the call with Banks that would lead to Egoyan nabbing the project; little did they all know it would become one of the great critical successes of Canadian cinema. An interesting backstory in its own right, the anecdote provided this writer with perhaps the most acutely Canadian night of her life.

Egoyan is a filmmaker who seems to sincerely enjoy discussing his work, and throughout the evening told amusing behind-the-scenes anecdotes and broader thoughts on cinema as a medium that is caught up with technological and cultural change. For every story recalled that humbly demystified notions of a glamorous industry and the nail-biting misadventures and near-catastrophes of the filmmaking process, Egoyan expressed his enduring wonderment at the power of the art form.

The conversation that VIFF programmer Tom Charity moderated between Egoyan, Greenwood, and the audience began to wrap up rather organically with Egoyan offering an appreciative note on the evening as whole: “This is the beautiful thing about cinema—that it lasts.” The conversation then took a left turn towards the darker potential futures of the medium, with scenarios in which films could be made, from conception to premiere, by algorithms, robots, and maybe even an “Egoyan app” that would mimic his directorial sensibility. After a pause to allow the grim prospect to sink in, Egoyan closed the conversation by proposing wryly that “as a Canadian filmmaker, you can’t just end on a positive note.” The laughter in the room swelled into a hearty round of applause as polite Canadian thank-yous reverberated around the theatre.