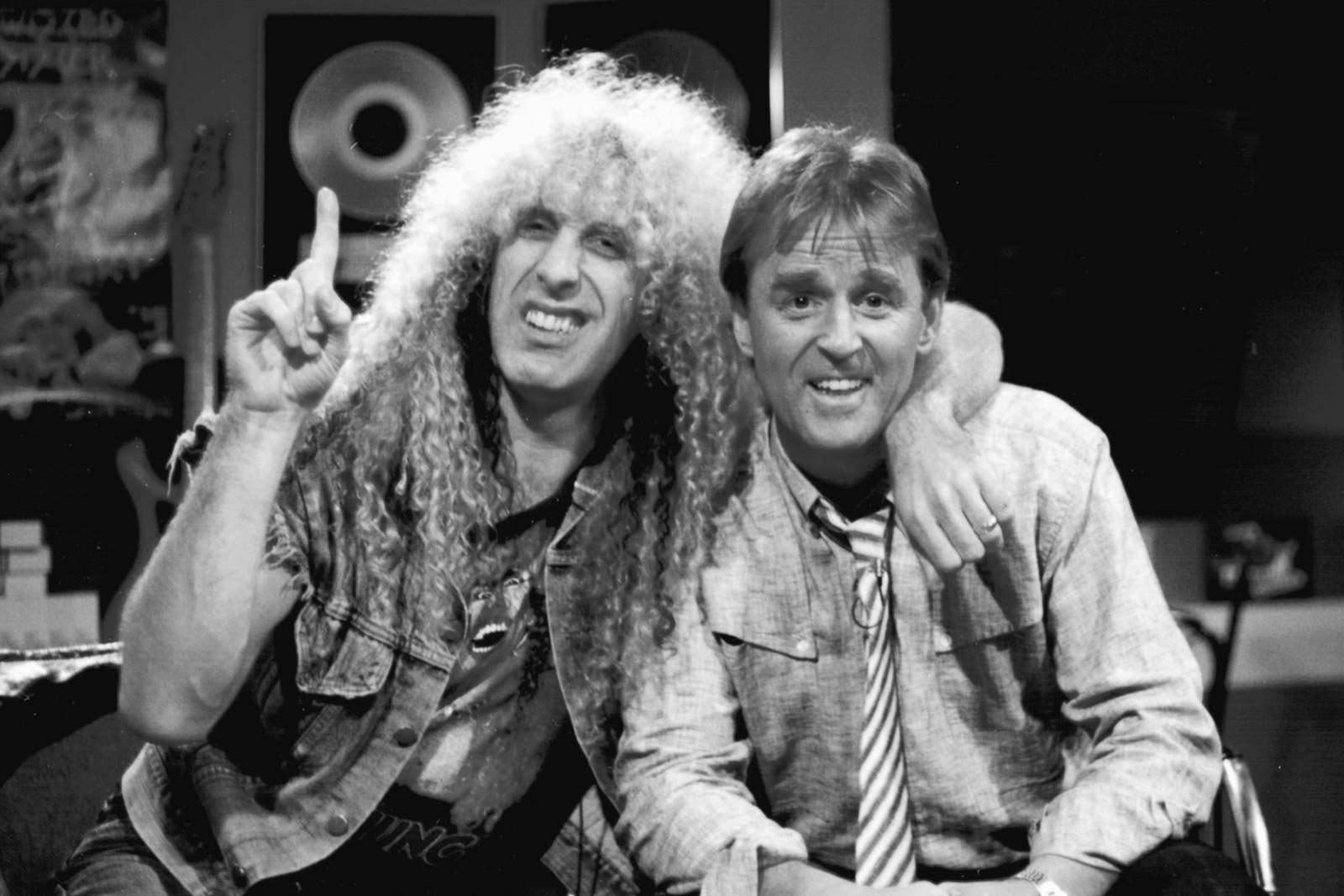 On a glorious sunny winter weekend afternoon, the hardest-working man in rock ’n’ roll is hunkered down in his home studio to edit a podcast. Terry David Mulligan is squeezing in an interview even as he plans the next episodes of Mulligan Stew, his popular radio show, and Tasting Room Radio, his wine-and-food podcast.

At 78, he still spends much of his time before a microphone, a man born for radio, the communications technology that has defied prediction by surviving, in turn, talking motion pictures, television, colour television, the VCR, and the internet. The now easy shareability of  digital audio files has again transformed the once-ephemeral nature of broadcast radio—zapped out into space to be heard in the moment and then forever after inaccessible—into a permanent collection to be sampled at will. It has been a revival for someone such as Mulligan with a tireless work ethic. 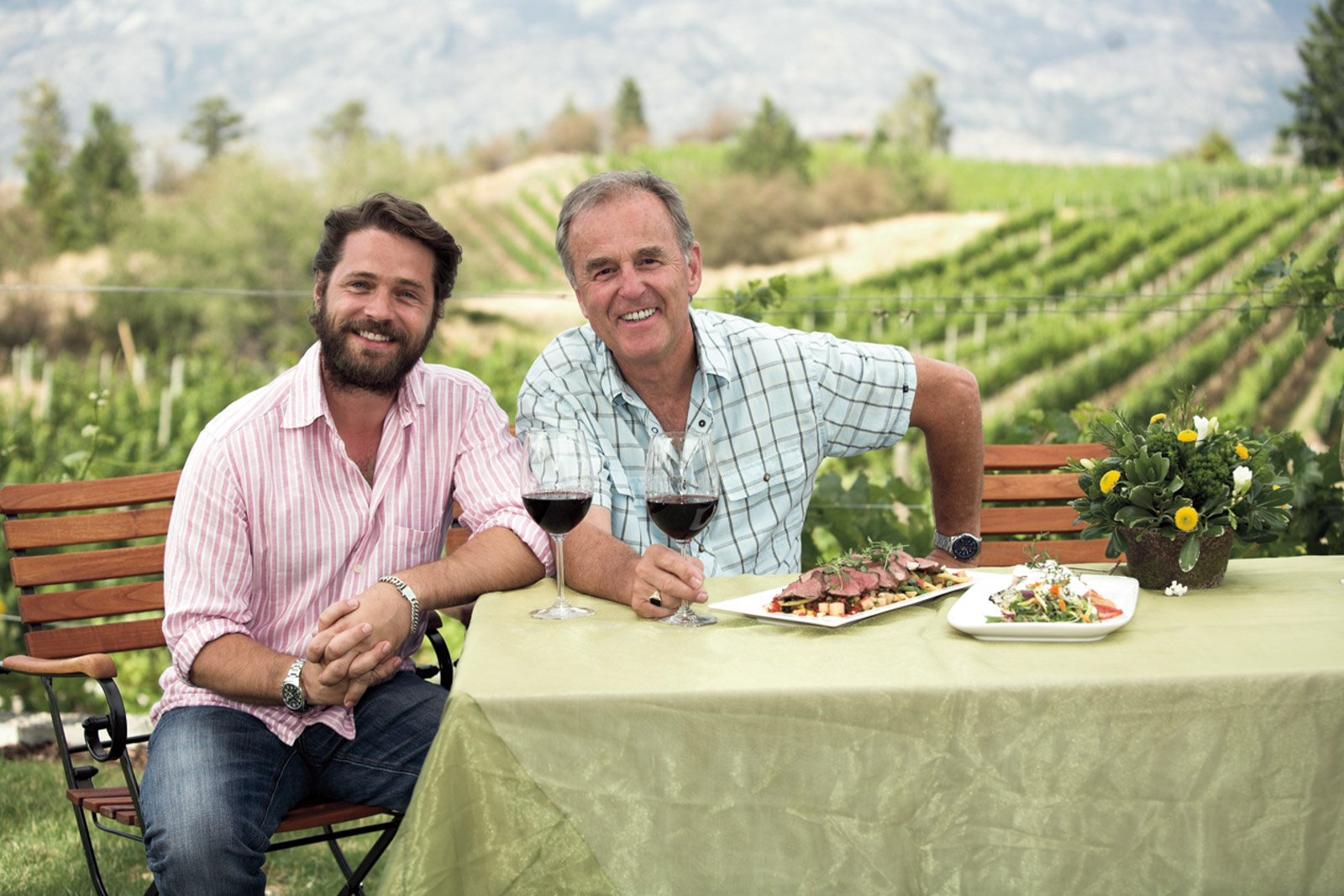 Terry David Mulligan has been on the airwaves so long he even has an entry in the Canadian Encyclopedia. If you’re strolling Granville Street in Vancouver, you can find his plaque for the BC Entertainment Hall of Fame embedded in the sidewalk outside the Commodore Ballroom.

Some of his friends in the business call him Mully, long-time fans know him by the initials TDM (pronounced “tedium,” though listening to him is anything but), while his family calls him Terry David because there was already an Uncle Terry in the family by the time he arrived.

TDM is older than rock ’n’ roll itself, though he retains a youthful exuberance, the music clearly an elixir. 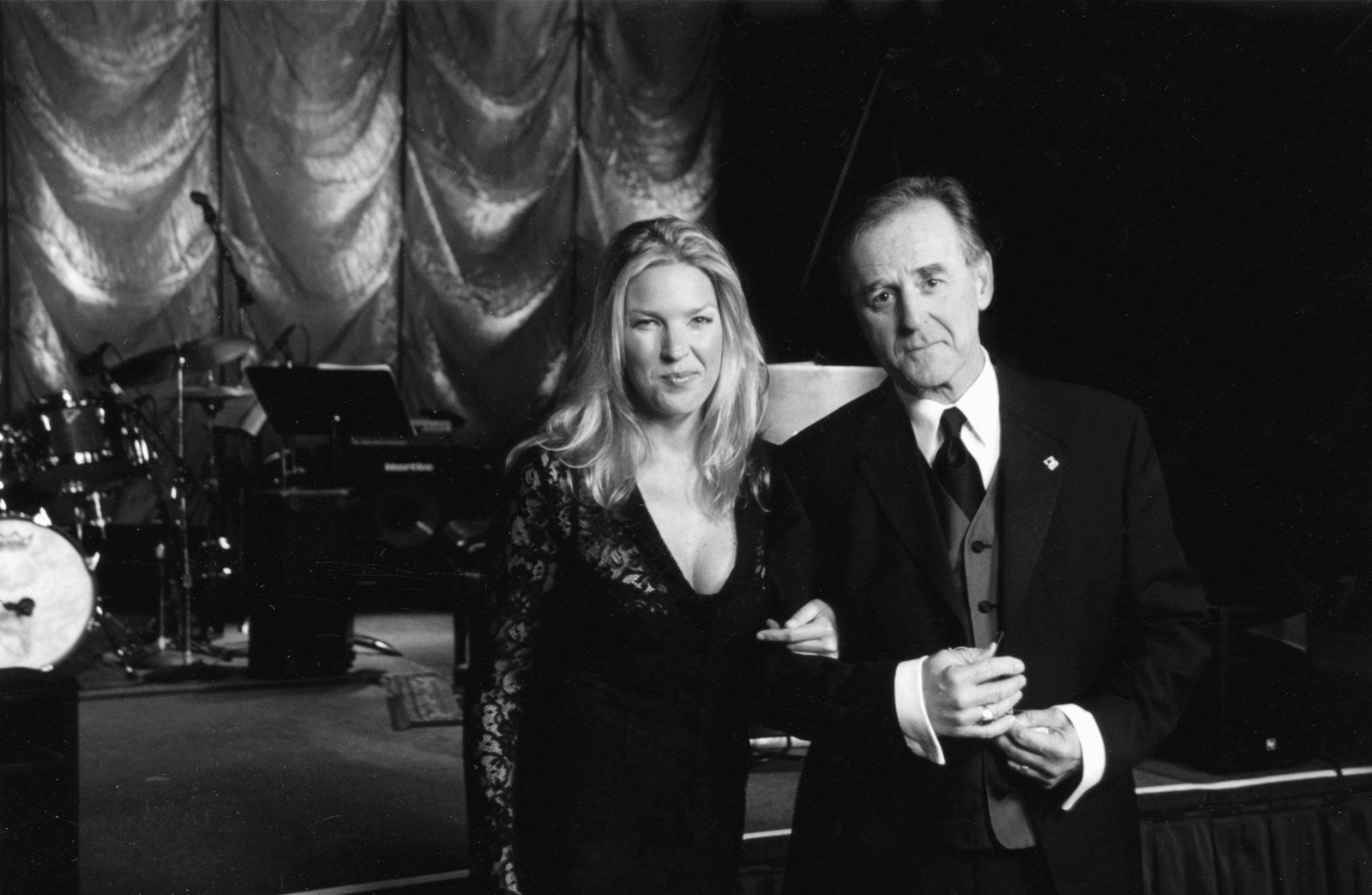 For 25 years, Mulligan Stew on Edmonton’s CKUA has combined classic tracks from rock’s heyday with the best contemporary acts, including the likes of Jenn Grant, Alicia Keys, Amy Helm (Levon’s daughter), the Bros. Landreth, Tami Neilson, and the Tedeschi Trucks Band. The host, who counts Frazey Ford, Corb Lund, Daniel Lanois, and Elvis Costello among his recent guests, is known for the comfortable intimacy he generates, not only with his interviewees but also his unseen audience.

“I’m talking in a conversational tone,” Mulligan says. “I’m not announcing. I’m trying to make it sound like I’m at the end of the table and they’re in the kitchen.”

Which is precisely where most of his audience likely gathers. The two-hour show airs weekly starting at 5 p.m. Alberta time on Saturday, just as many are settling into their precooking routine and opening a bottle of wine. Picking out the old hits—or, as Mulligan describes them, “the music we all grew up with”—is easy enough to program, as are the lesser-known tracks from rock’s golden era. But there’s a lot of dross amid the new releases, he says, so it takes many hours of prospecting to find more recent gold nuggets to share with his audience.

When he started in radio, some 56 years ago, the hits just kept on coming.

Born in New Westminster to a couple who’d met at a mental hospital (she was a nurse and he was an orderly), young Terry David grew up in a neighbourhood of North Vancouver neighbourhood then known as Skunk Hollow, by which time his father was a game warden. Their home was filled with confiscated rifles kept as evidence (“we knew never to touch them”), and more than one morning he staggered out the basement door smack into a deer or some other game being hung. (“You’ve got blood on your face,” his mother would chide.) 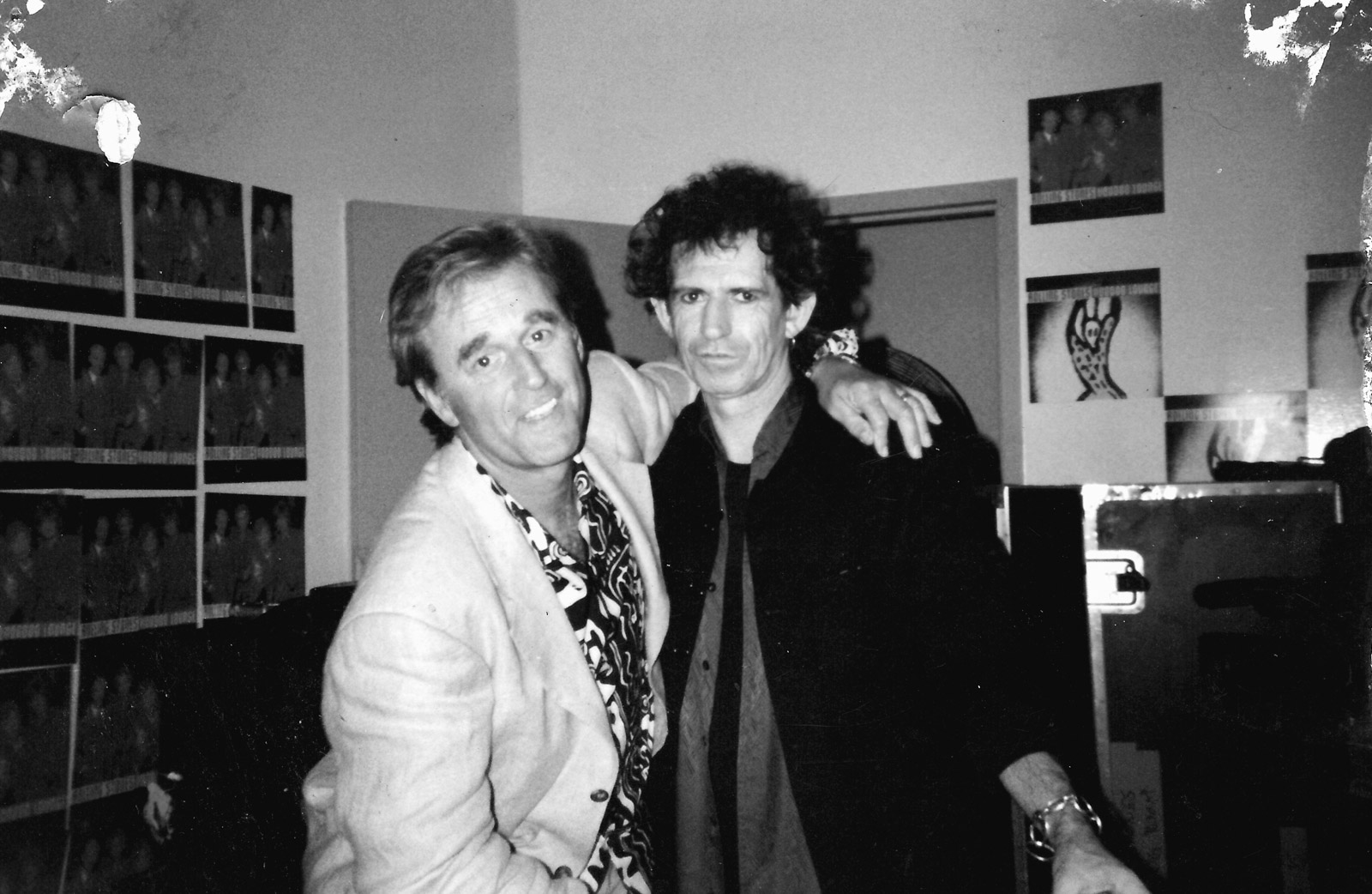 Backstage at Giants Stadium in New Jersey with Keith Richards, just after an interview for MuchMusic, 1994. Image courtesy of Heritage House.

At 19, he left British Columbia to become a Mountie. After training at the Royal Canadian Mounted Police Academy in Regina, he was posted to rural Alberta, where he handled accident scenes when not breaking up bar fights between field hands and oil-patch roustabouts.

In Red Deer, he befriended a local disc jockey for CKRD who was playing records from a new English band called the Beatles. When the police learned a brothel was operating in a building near the radio station, Mulligan was assigned to the tedious surveillance job. He watched from a second-floor window, jotting down licence plates while learning the radio trade by observing the deejay.

He first went behind the microphone to do his demo while still with the force. Const. Mulligan called himself Mr. X on air as he played the new tunes from the British Invasion, including the haunting four-minute, 29-second version of “House of the Rising Sun” by the Animals. 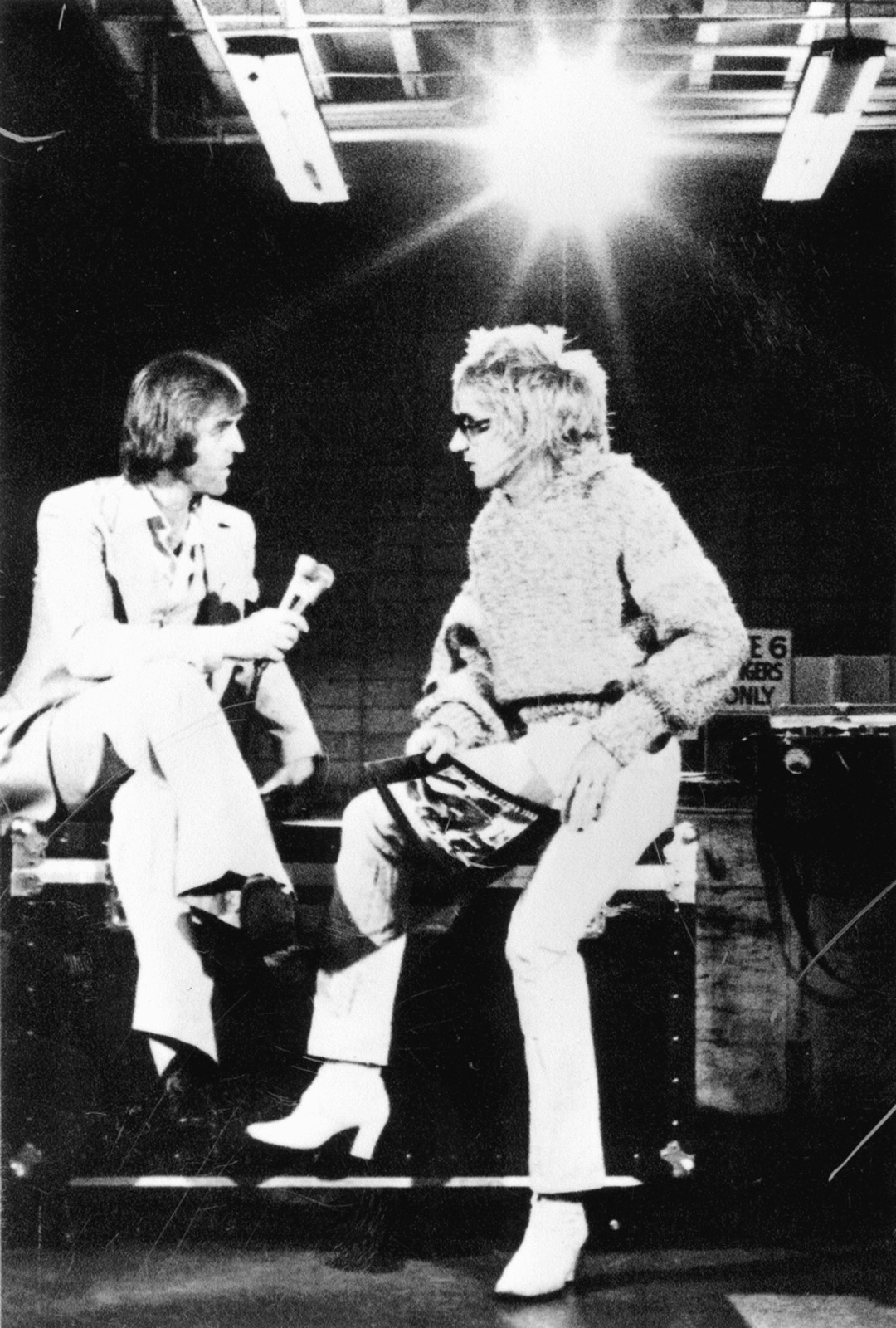 Backstage with Rod Stewart at the Pacific Coliseum in Vancouver. Photo by Dee Lippingwell.

He knew he’d found his calling. He quit the force and soon after jumped to CFAC in Calgary, where he was fired for defying a station ban by playing Sonny and Cher’s “I Got You Babe.”

Back in Regina, he became caretaker of a house shared with musicians on the Prairie coffee house circuit, where he befriended the female half of a folk duo billed as Chuck and Joni. Joni Mitchell became the first of an incredible list of musicians that Mulligan came to know. He travelled with the Guess Who to London, where he watched Pete Townshend repair the guitar he’d smashed the night before, and he chatted with Paul McCartney about the studio sessions he was doing for an album that would end up with the crazy title Sgt. Pepper’s Lonely Hearts Club Band.

Mulligan went on to gulp bourbon with Janis Joplin, shop on Davie Street with a rambling Jim Morrison, and interview Jimi Hendrix about his boyhood visits to Vancouver for CBC’s television show Let’s Go. And that was just the ’60s. 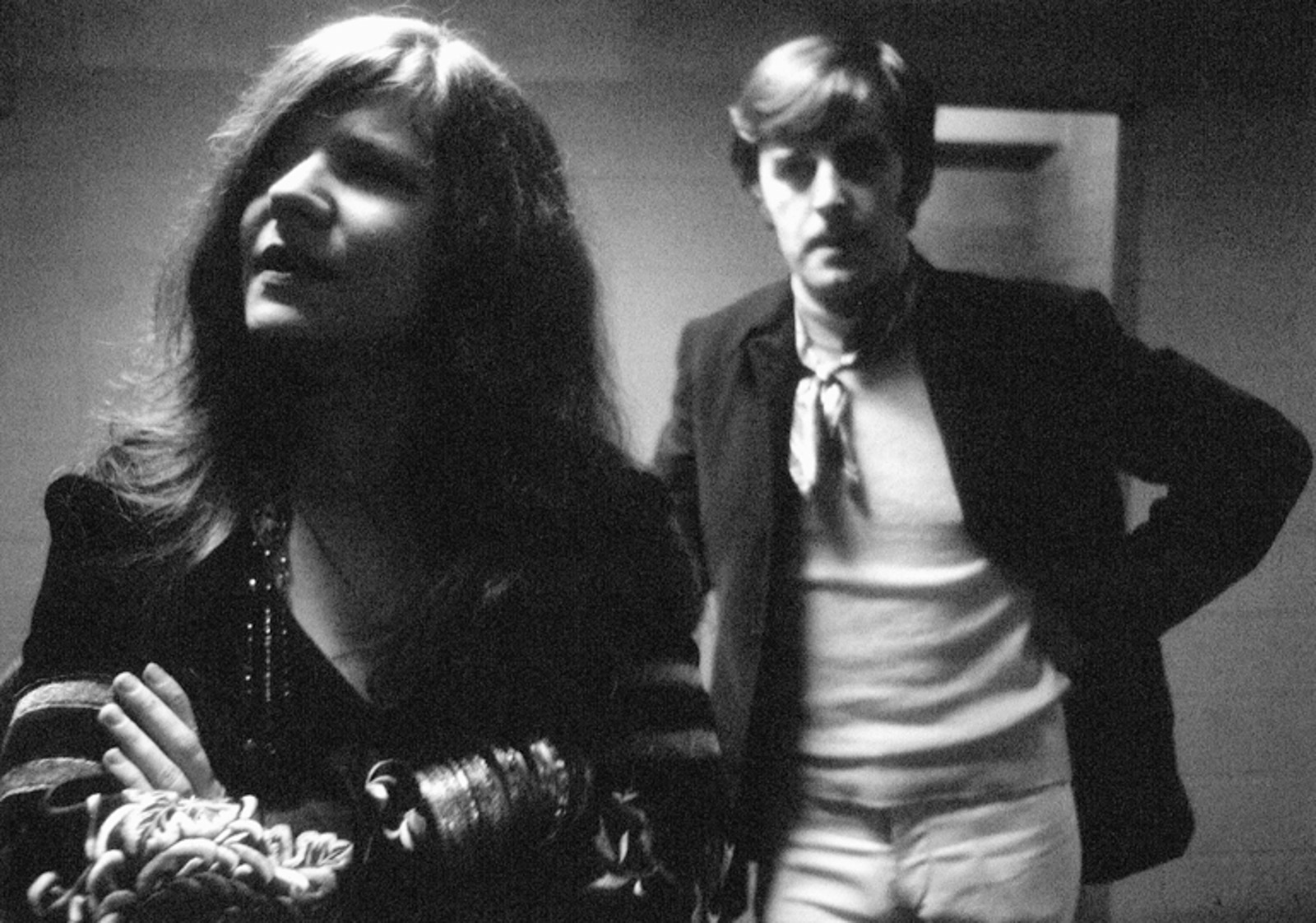 In 1976, he was Robbie Robertson’s guest at San Francisco’s Winterland Ballroom for the Band’s famous farewell concert. He watched from the soundboard as Neil Young performed “Helpless” with the group, backed by an unseen Joni Mitchell on backup vocals, an incredible moment captured in Martin Scorsese’s Last Waltz concert film.

Mulligan programmed Canada’s first underground FM rock station (CKLG in Vancouver); hosted the CBC music video program Good Rockin’ Tonite; covered the burgeoning West Coast music scene as a producer and veejay for MuchMusic; and on and on and on. A younger generation knows him from the children’s comedy program Zig Zag, while he also appeared in countless television shows and movies. 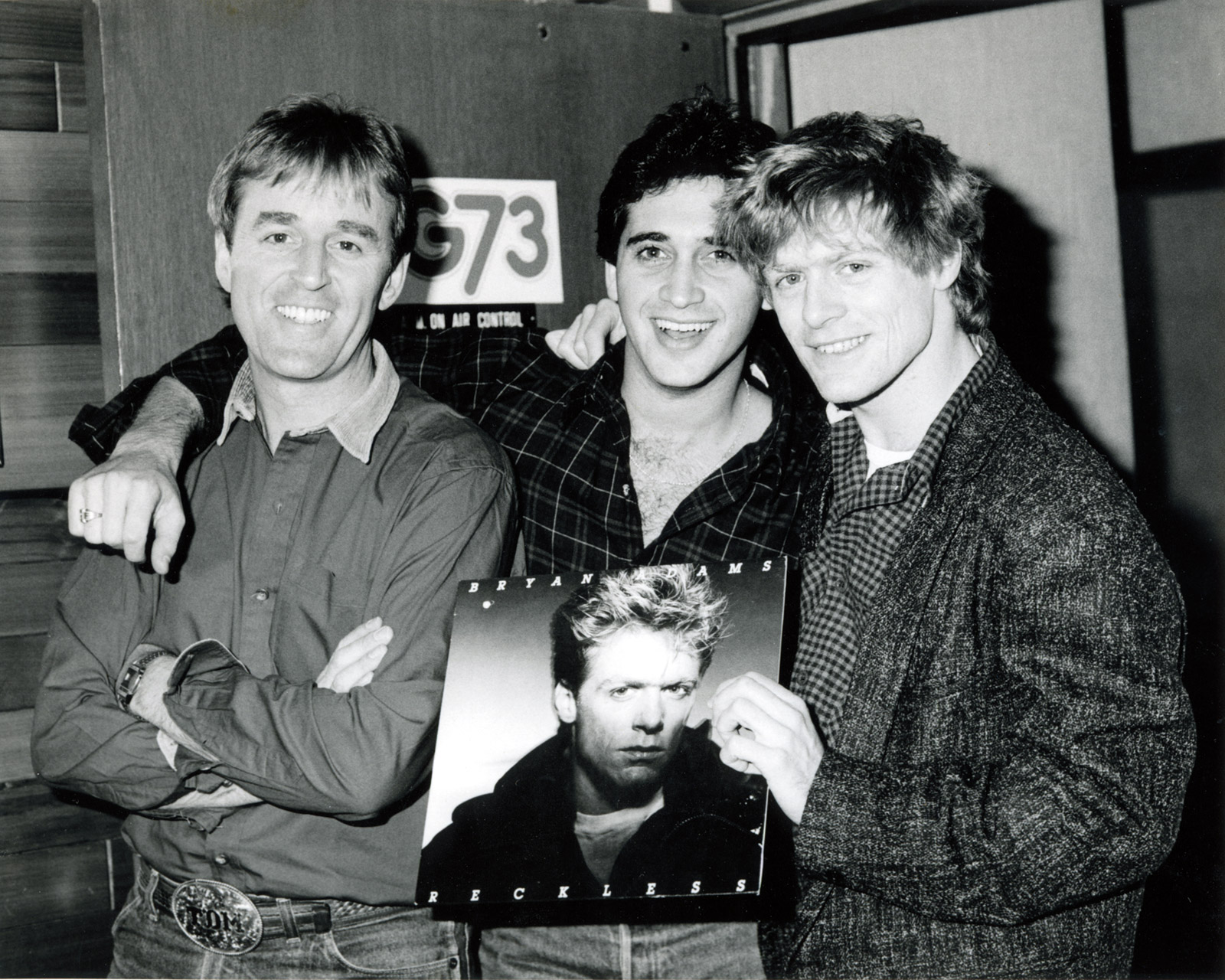 These days, he’s as busy as ever, programming from a studio in his Nanoose Bay home on Vancouver Island overlooking placid waters.

“I watch the sea lions go by,” he says. “People going by on paddle boards and kayaks.”

A lithograph from the Bag One series signed by John Lennon hangs on one wall. The studio is filled with books and stacks of old photographs. About 25 wine bottles are in the room, research for an upcoming Tasting Room Radio podcast.

Mulligan became a dedicated oenophile after pairing with his friend, actor Jason Priestley, on the Hollywood & Vines television show 15 years ago. He now explores the story of food and wine from chefs, vintners, and others in the business for an hour every week.

In golf, a mulligan refers to a do-over, a second chance. This Mulligan took his first mulligan half a lifetime ago when he chose the microphone over the badge. He has not needed another one since. Rock on, man.