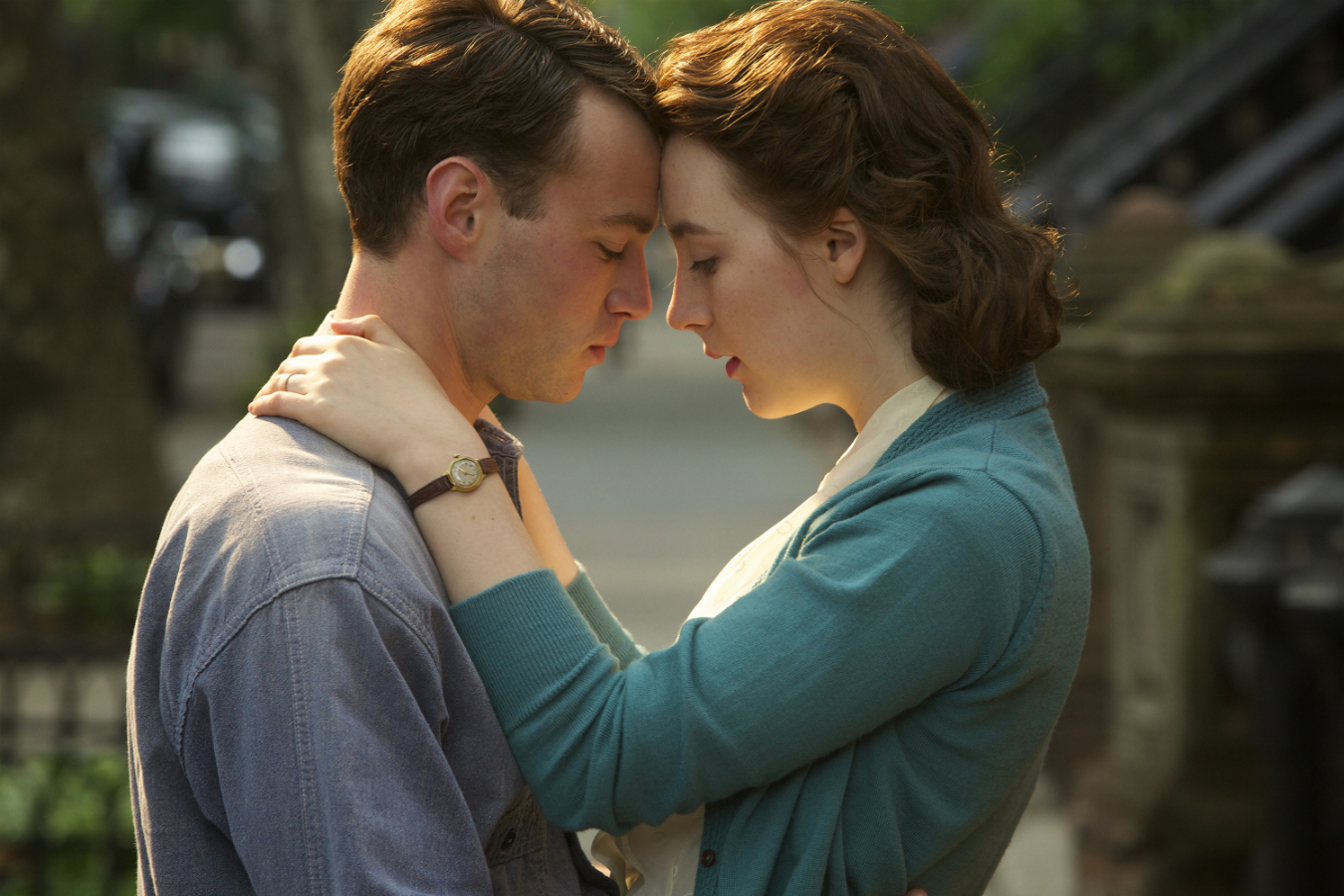 Talk to anyone who has moved away from where they were born, be it across the world or across the province, and they are likely to describe the dichotomy between what feels like “home” versus where they may be stationed geographically. The yearning to be in one place while seemingly feeling stuck in another is a typical sensation. Brooklyn, directed by John Crowley and based on the Colm Tóibín novel of the same name, examines this seemingly universal narrative.

The film follows Eilis Lacey, played by Saoirse Ronan of Atonement, as she leaves her small Irish hometown for Brooklyn, New York and searches for career opportunities in bustling 1950s America. After getting settled into a new house and job, the inescapable pangs of homesickness latch onto Eilis until she falls in love with Tony Fiorello, played by Emory Cohen, who helps her get comfortable with the borough and her new life. Almost as soon as Eilis feels content and at ease, though, it is all torn away with the news that her sister has died and she must return to Ireland to be with her co-dependent yet caring mother.

As Eilis prepares to journey back to Ireland, Tony whispers to her that “home is home”, sparking a contrast within Eilis: what is home to her? The film intensifies once she returns to Ireland and becomes acquainted with local boy Jim Farrell, played by Domhnall Gleeson. The growing affection between Eilis and Jim forces Ellis to question what country she belongs in—old or new. Observing her battle between heart and head is made incredibly palatable by fantastic art direction, spot-on costumes, and dreamy set design. However, no film can be without fault, and the ending of Brooklyn is a bit too convenient and deserved of more screen time.

The buzzed-about film has been bouncing around festivals all year, including Sundance and the Toronto International Film Festival; it was the opening gala at the Vancouver International Film Festival, and will show here again on October 5. With an enticing buffet of co-stars that bolster the likeability of Brooklyn, this flick is certainly worth lining up for, no matter where you call home.