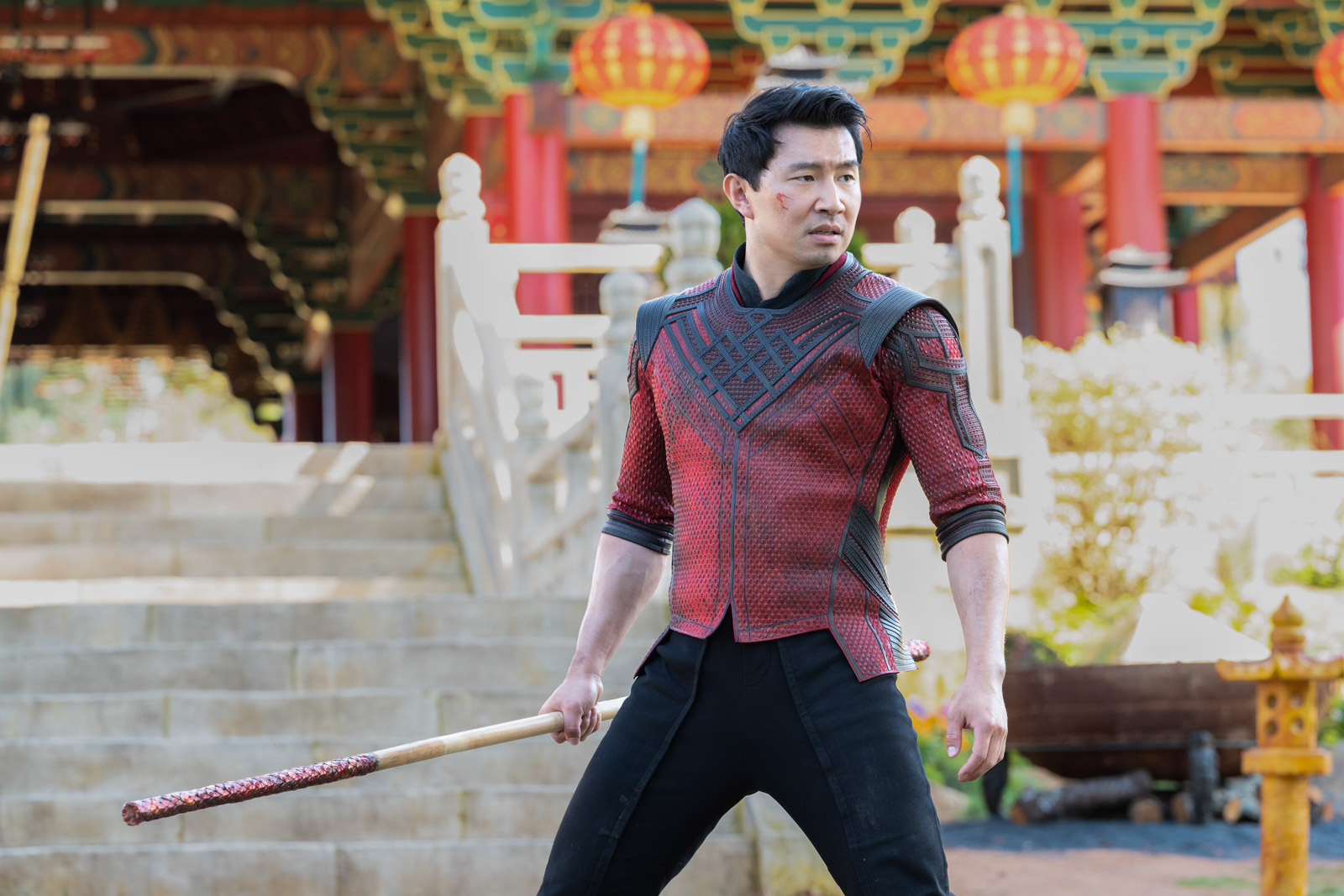 The first time I got excited to “see myself” on screen in a Marvel film was in the lead-up to 2017’s Thor: Ragnarok. Rumours swirled about the potential bisexuality of the character Valkyrie, canonically bi in Thor comics. The thought of a queer and specifically bi character was beyond appealing to me. Valkyrie actress Tessa Thompson even confirmed the character’s queerness on Twitter ahead of the premiere.

I didn’t have bisexual role models growing up. I wasn’t even all that aware of bisexuality, either in myself or in the world at large, for a long time. (Though that didn’t stop me from developing crushes on both halves of iconic romantic pairings in ’90s staples such as Speed, The Mask of Zorro, or The Mummy, all to be unpacked at a later date when I was ready to interrogate my own sexuality.)

But discovering something about yourself by getting lost in the magic of movies isn’t the same as actually seeing yourself represented in them. We make sense of the world through familiar, and shared, points of reference. There’s validation in knowing we’re not alone—and what better way to feel you’re a part of something bigger than to see it projected in a packed auditorium, enjoyed by adoring fans?

In the adoring fans category, Disney’s Marvel Cinematic Universe (the MCU) is arguably the biggest game in town. It carries clout, regularly breaking pre-pandemic industry records and attracting fans from a huge cross-section of society.

For a lot of people, the upcoming roster of Marvel films and series—“Phase 4” in Marvel speak—will be a chance to finally see themselves on screen. And to see themselves not as bit players supporting top-billed superstars but in key roles, both in front of the camera and behind it.

Last month, Chloé Zhao made history at the Oscars as the first woman of colour to win for directing—her film Nomadland also took the best picture prize. Her next feature film will be Eternals for Marvel Studios, slated for release in November. Eternals follows a race of immortal aliens on Earth, and while we don’t know much about the plot yet, Marvel has revealed that the film will feature the MCU’s first LGBTQ and Deaf heroes, and that British Asian actress Gemma Chan will play the lead character in a diverse main cast that includes Salma Hayek, Brian Tyree Henry, and Kumail Nanjiani.

Two months before Eternals hits theatres, Shang-Chi and the Legend of the Ten Rings will feature Marvel’s first leading man of Asian descent in a film steeped in Asian lore, drawing on Chinese wuxia and martial arts films, and directed by an Asian American filmmaker. 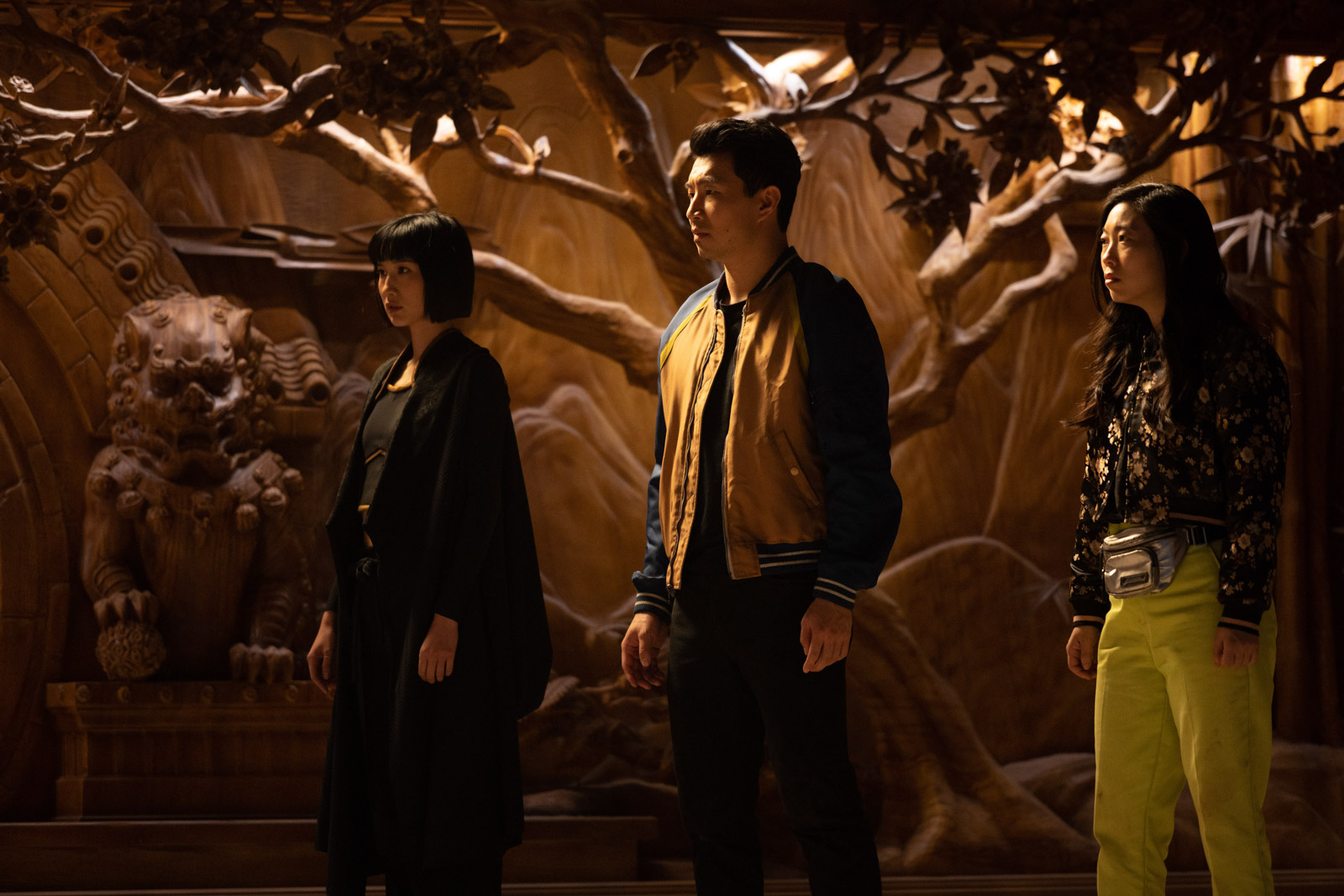 Meng’er Zhang, Simu Liu, and Awkwafina in Shang-Chi and the Legend of the Ten Rings.

Two films with stars and directors who aren’t white men shouldn’t be big news, but the MCU had already released 16 feature-length titles before it hired a non-white director for Thor: Ragnarok, and 20 titles before a woman even partially took the helm of 2019’s Captain Marvel. Of the 23 films now released in Marvel’s repertoire, just three have directors who aren’t white men—and one of those still has a white male co-director.

On the television side, the MCU recently passed the mantle of Captain America to a Black hero, Sam Wilson. In the Disney+ series The Falcon and the Winter Soldier, the blond-haired, blue-eyed Marvel icon was revealed to have been empowered by super soldier serum only after a series of failed and semi-successful non-consensual experiments on Black soldiers. It was a storyline that not only passed the shield to a Black man but also acknowledged the mechanisms of power, built on systemic racism, that have left us with predominantly white historical heroes while overwriting horrific realities.

The upcoming Marvel TV slate promises to be as exciting as its cinematic counterparts. Ms. Marvel will follow Kamala Khan, a Pakistani American teen hero, and Marvel’s first Muslim superhero. And the character Echo will be included in the upcoming Hawkeye before getting her own series. Echo is a Deaf Native American character in the comics, and she’ll be played by Alaqua Cox, who is herself Deaf and Native American from the Menominee Nation.

But the degree of Marvel’s commitment to representation remains to be seen. There’s plenty of reason to worry. Marvel has an uneven track record on promises of representation.

The company made a big show of featuring its first LGBTQ character in Avengers: Endgame, but when the film finally arrived, all we got was an unnamed character with about two lines of dialogue that included a reference to his recent date with a man. Not exactly waving a rainbow flag.

My excitement at the prospect of seeing myself on screen in Thor: Ragnarok wasn’t entirely rewarded either. A scene confirming Valkyrie’s bisexuality was apparently shot, according to the cast and crew, but later cut from the film, leaving a trail of subtextual breadcrumbs for hungry fans to chew their way through, hoping for a thin hint of sustenance.

Still, some things can’t be left on the cutting room floor. Zhao has already made Eternals. It’s ready for release, as is Shang-Chi. Echo is in development, and Alaqua Cox is already shooting Hawkeye. No eleventh-hour deleted scenes could overwrite any of those at this stage. That’s the difference between token representation or subtle nods at inclusion compared to actually building stories around a diverse range of identities that have historically been denied a seat at the table.

If bracing for another potential Marvel bait-and-switch is a sad reflection of what we’ve settled for in the past, expecting better stories with more inclusive and authentic representation reflects a long overdue day potentially dawning. It’s an expectation best met by a studio seeking box-office wins after a pandemic slump, particularly one that wants to reposition its universe as a place where celebrating diverse voices becomes the norm rather than the exception.

Read more on the Arts.