If the holidays are a time where we’re supposed to be a little kinder and more charitable to each other—a time to slow down, spend time together, and breathe—why do most of us save all that goodness for just one season? Or a couple of days, even?

This is the question that lies at the heart of Chantal Kreviazuk’s new album, Christmas is a Way of Life, My Dear. “We have all these boxes to check at Christmas and I’m kind of the mind of, no, actually, that’s called being human,” the Canadian singer-songwriter says, speaking from her home in Los Angeles.

“There’s something about Christmas that it’s the rule that you have to follow the rules of humanity at that time of year. To not have humanity, you’re Scrooge,” she continues. “But we’re kind of allowed to be a Scrooge the rest of the year.”

This isn’t an indictment of Christmas, she hastens to add; quite the opposite. “I think, if anything, Christmas is amazing because we can get a window into the potential of who we could be, and it shows what we’re capable of.” 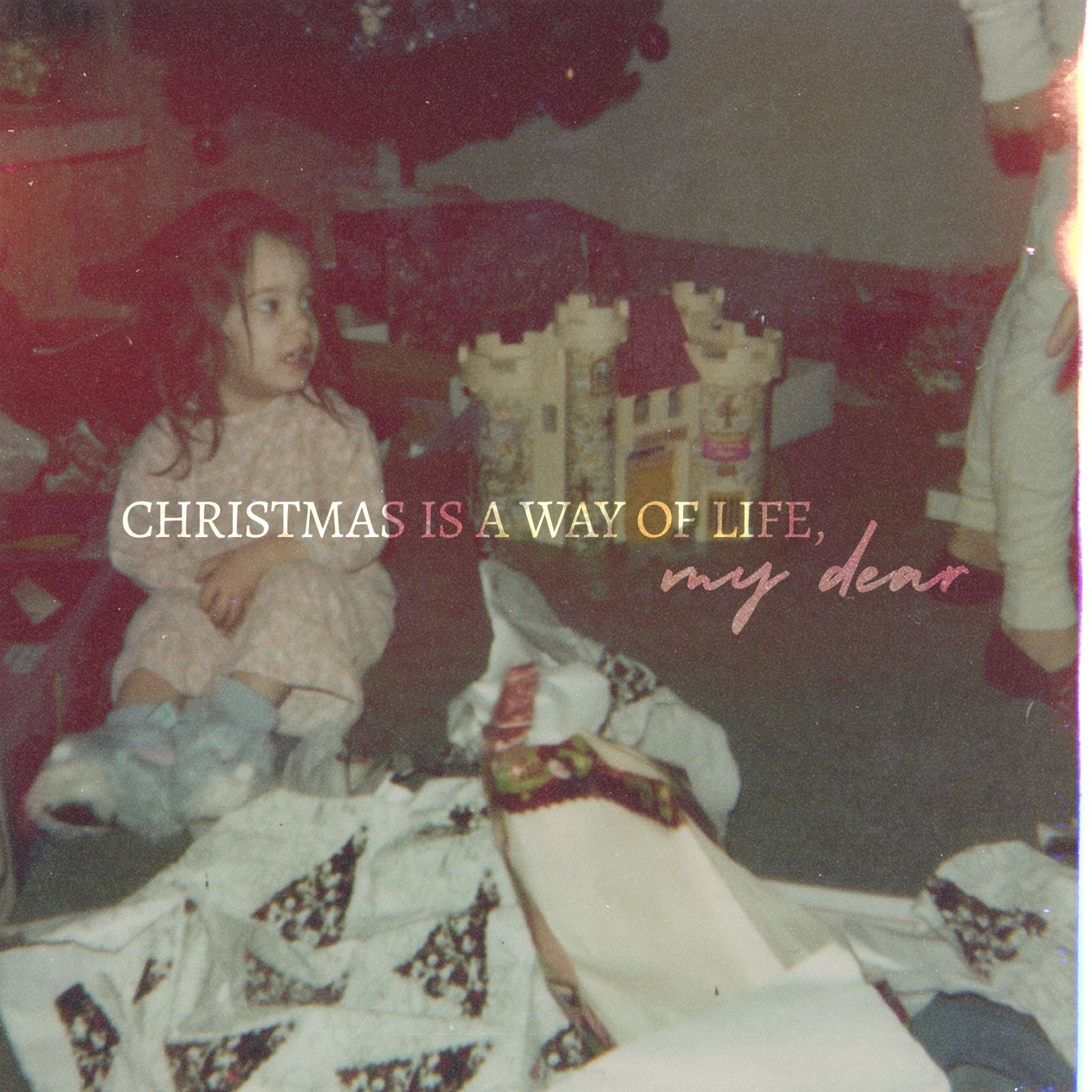 It makes sense that Kreviazuk’s Christmas vision would reflect year-round compassion. The Juno Award-winning musician, who rose to prominence in the mid-90s with songs like “Leaving on a Jet Plane,” has been dedicated to numerous causes, from human rights and mental health to the environment, for decades. She’s been an ambassador for War Child, an organization that helps children in war-afflicted communities, for nearly 20 years. Five years ago, with her husband, Our Lady Peace frontman Raine Maida, she was honoured as a member of the Order of Canada for her efforts as a humanitarian.

Still, she never imagined she would release a Christmas album. Not that she didn’t love the holiday—it had always been a cherished time for her growing up in Winnipeg. A time defined by togetherness, with family members coming in from the cold, thick coats piled up in the bedroom, and plenty food and movies on rotation. The same traditions have carried on in her own home, with Maida and their three boys. The concept for this record, though, quite literally came to her in a dream. It went something like this: Kreviazuk and her father were riding bicycles together in the Manitoba countryside. There was a melody. It wasn’t written or fully formed, but its presence was there.

Kreviazuk didn’t think much of it until one day, after dropping her kids off at camp and feeling a little lonely in an empty house, the phone rang. It was her father. “Why don’t you come home?” he said. “It’s only a couple hours away and we’ll ride our bikes.”

Kreviazuk hoots. “And I was like, ‘Oh, here we go!’ This was pre-planned. So, I got on the plane and went home. My dad and I got our bikes and the song came while I was riding with him. I sang it all the way through the road. And then I got home, I played along on the piano that I grew up playing, and I called my team and I said, ‘There will be a holiday album.’” 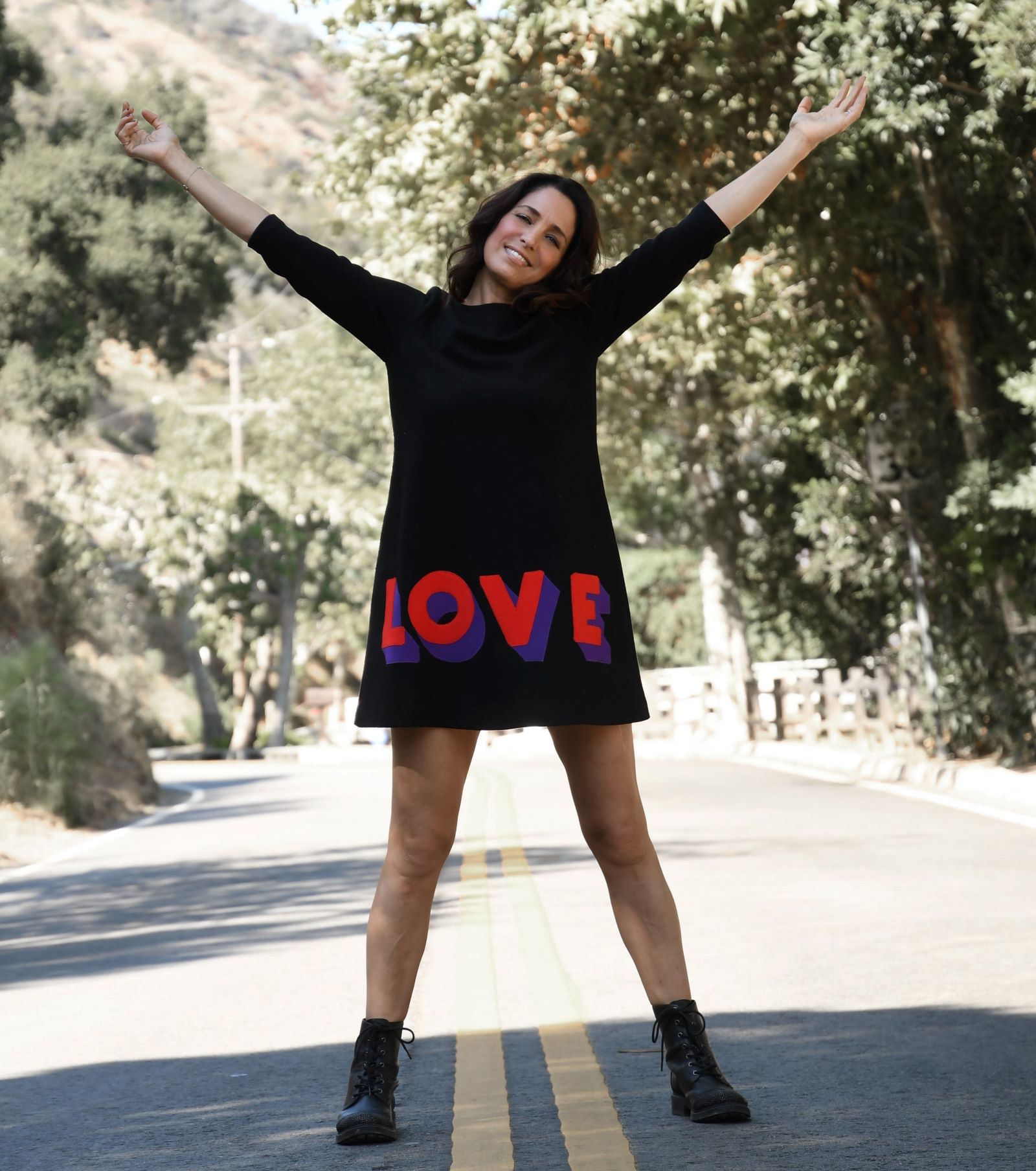 The dream song would become the uplifting title track for the record, which includes both originals by Kreviazuk and covers of classics including “Blue Christmas,” a duet with Maida. “That’s definitely Raine’s favourite Christmas carol,” Kreviazuk says. “We both come from families that were very into Elvis.”

Their 11-year old son, Salvador, also makes his singing debut with not one, but two songs: “The Christmas Train” and “Wonderful Christmas Time.” The latter, Kreviazuk tells me, is his most treasured tune. “It was so much fun recording his voice,” she beams. “He’s never gone up to the mic and recorded before, so I wasn’t aware of how talented he was and all his potential. And there it was, just there waiting. It was a privilege.”

Other standouts include the exquisite “I Wanna Be an Angel,” on which, in her distinctive sweet rasp, Kreviazuk alludes to self-improvement; and “Overthinking”—a piano-driven ballad that could be listened to anytime of the year.

“At the end of the day, it’s about peace starting at home,” she says. “The truth of the matter is that we can’t tell anybody else. You know what I mean? We can’t preach stuff. It’s your choice to put out in the world what you want to see.”

Bearing that in mind, Christmas is a Way of Life, My Dear isn’t meant to be a heavy listen. It’s a record that, while certainly maintaining an important principle, is also something that can be played in the background of a bustling gathering and enjoyed simply for what it is: good, festive music.

“One of the greatest parts of Christmas is that we can take a load off and, so, I wanted that reflected in the album, as well,” Kreviazuk says. “Not being so damn serious all the time. Not taking myself so seriously. I hope that shows up.”