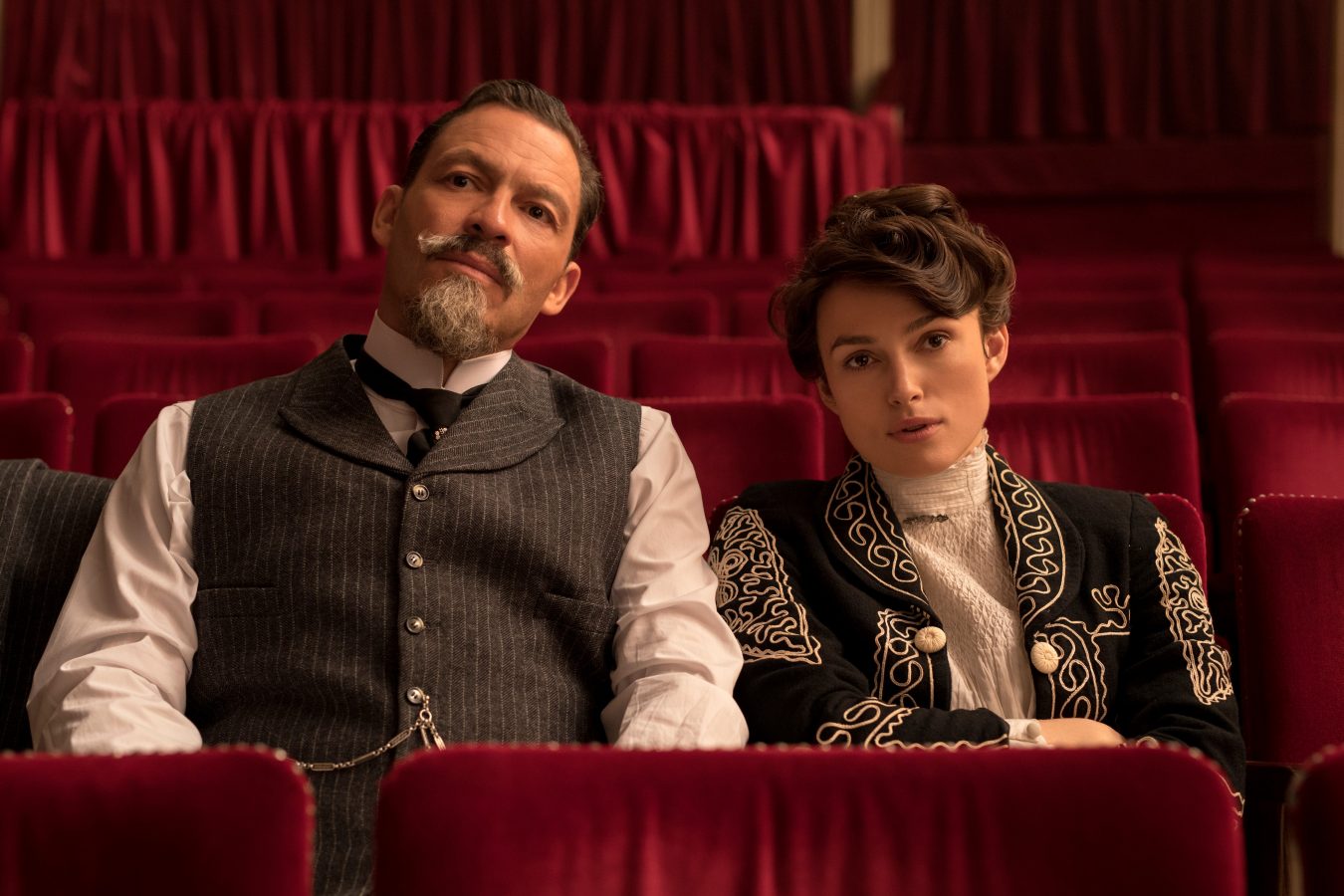 To those familiar with her penchant for period pieces, it likely comes as no surprise that Keira Knightley was drawn to the story of French literary great and feminist Sidonie-Gabrielle Colette. Moving from what seems to be one corset-aided dress to another, Knightley has shined in the Victorian era (Pride and Prejudice), and Georgian era (The Duchess), and pre-Second World War era (Atonement). And now comes Colette, which takes place in the late 1800s and highlights the early life of the novelist as she actively participates in the first wave of feminism, challenging gender norms and debating sexual fluidity—and declaring her right to participate in a male-centric public sphere.

Screened in September at the 2018 Vancouver International Film Festival, the Wash Westmoreland-directed flick begins with Colette, her almond locks tied tightly in two long braids, in a dress stained with dirt and grass from wandering the countryside in Saint-Sauveur-en-Puisaye, a rural area in France where she lives with her mother and father. The year is 1893, and at 20 years of age, Colette weds a man 14 years her senior: Henry Gauthier-Villars, played by Mona Lisa Smile’s Dominic West. The two are drawn to each other through stimulating conversation about books and music, and move to Paris to begin a life together. Gauthier-Villars is the couples’ sole breadwinner, an “author” and publisher who uses the nom-de-plume Willy to profit off the work of his many ghostwriters. The husband and wife live lavishly amongst the saloon and elitist society, and as life-of-the-party Gauthier-Villars places his signature on the written words of others, Colette begins to settle into married life, reading books and engaging with the surrealist movement taking hold in France.

But finances start to dwindle, and Gauthier-Villars forces an apprehensive Colette take pen to paper to save his livelihood, so she begins writing stories about her schoolgirl days in countryside France. After a few edits, Claudine à l’école is published, speaking to a demographic never truly touched upon before: young women. It becomes a sensational success, even expanding into other products like clothing, bathroom accessories, and perfume. Over the next few years, the controlling Gauthier-Villars urges Colette to write with more conviction and emotion, and as a result she produces Claudine à Paris in 1901, Claudine en menage in 1902, and Claudine s’en va: Journal d’Annie in 1903. Colette’s first-person novels are some of the earliest in literary history to captivate the mechanics of the feminine mind and its affliction to emotion, physiology, and desire.

Despite this unique perspective, each book is published without its true listed author; instead, Willy takes full credit, exercising the belief that women are not competent enough to create or think on par with men. The film outlines Colette’s fight to earn recognition for her books, and her continuous battle against sexism both through her appearance and her relationships.

Still, Colette is just a small slice of the exciting life led by this trailblazing feminist. Some of her best work was completed later, like the 1944 novella Gigi (Audrey Hepburn would go on to star in the Broadway adaptation). She eventually became the first female president of the Academie Goncourt Parisian literary society, and in 1948, six years before her death, she was nominated for a Nobel Prize in Literature. Throughout her career, Colette showed that female stories can and should be told—something that present-day creatives like Greta Gerwig and Carly Stone continue to promote.

Knightley, a self-proclaimed feminist, appears to be the perfect vessel through which to tell this story. With the film, viewers are reminded how far the women’s movement has come—while never losing sight of how much further it still needs to go.