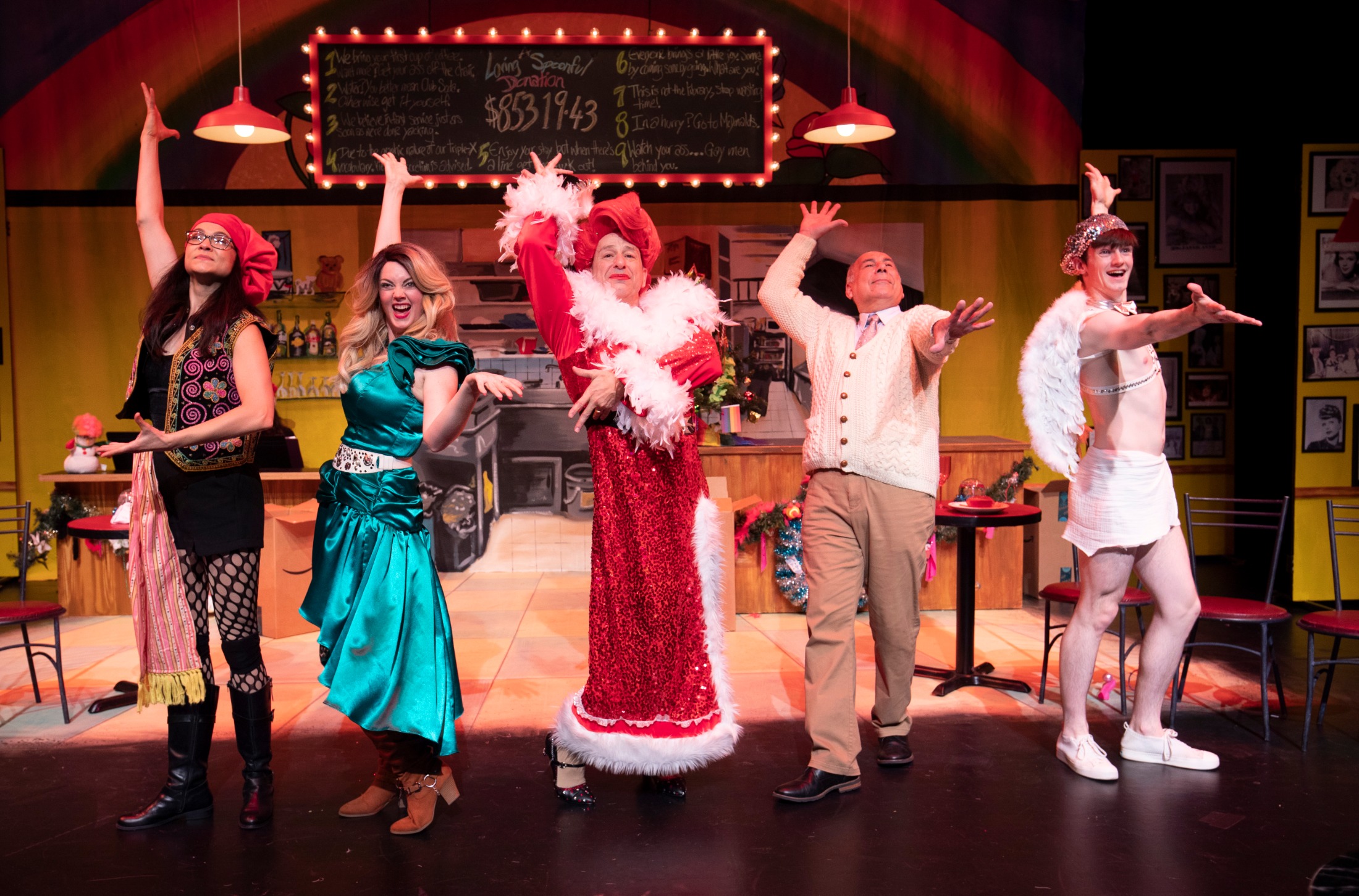 The cast of Holiday at the Elbow Room Café. Photo by Tim Matheson/The Cultch.

More than a generation of Vancouverites nursed hangovers, shoveled in eggs and carb-loaded at the city’s iconic Elbow Room Café between 1983 and 2018. But the unreservedly unpretentious eatery was more than just a place for a “big ass” breakfast. It was the locus of a community, an engine of grassroots philanthropy, and an extravaganza of foul-mouthed banter and sexual innuendo. The palace of putdowns was fronted by two legendary queens, but High Tea at the Empress this absolutely wasn’t.

Patrice Savoie and Bryan Searle, partners in life and business, opened the infamous Vancouver brunch joint in 1983. Decades of snarky verbal assaults on customers, coupled with the apparently affectionate slurs hurled between the two lead characters, were the main attraction for regulars and the occasionally stunned uninitiated. But the café’s extensive and diverse menu with American-sized portions also drew its fair share of devotees. 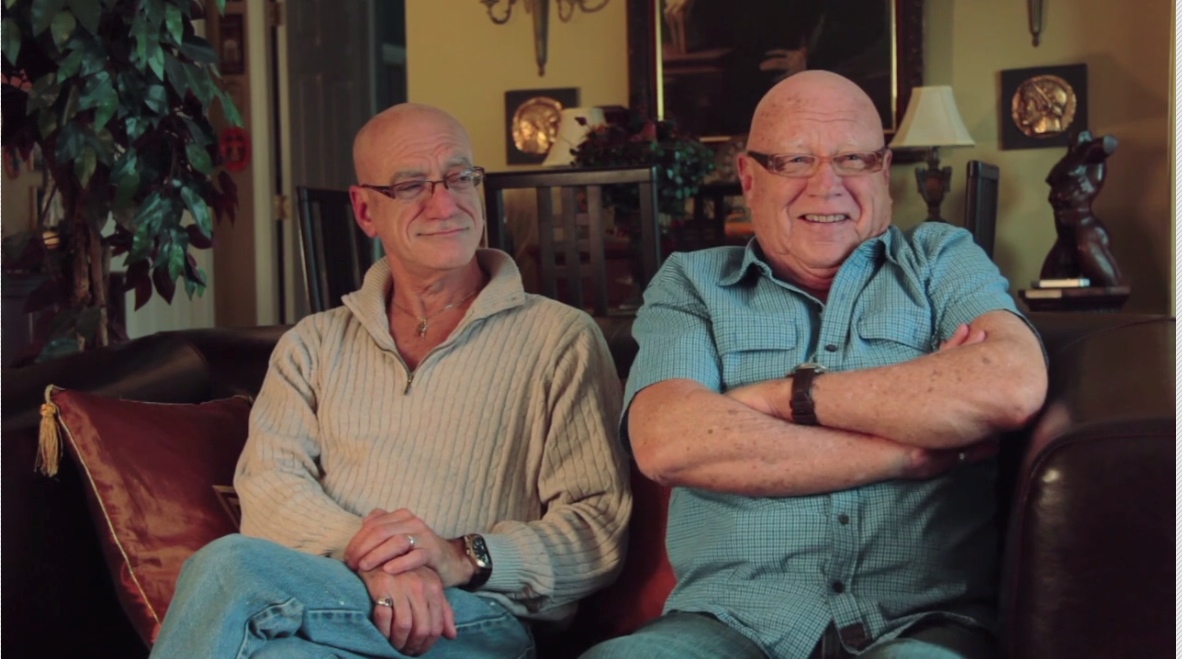 Higher-end joints have rules: Jacket required. No shirt, no shoes, no service. The Elbow Room’s policies were a little more on the nose: “We bring your first cup of coffee. Want more? Get off your ass.” “We believe in fast service just as soon as we’re done yacking.” “Enjoy your stay but when there’s a line get the fuck out.” “In a hurry? Go to McDonald’s.”

The Davie Street destination closed the day before Halloween 2018. It moved from its original location, on Jervis north of Robson, in 1996. Searle passed away in 2017.

Dave Deveau, a close friend of the couple and an award-winning local playwright, said the snappy snark had the counterintuitive effect of making one feel at home in the space. 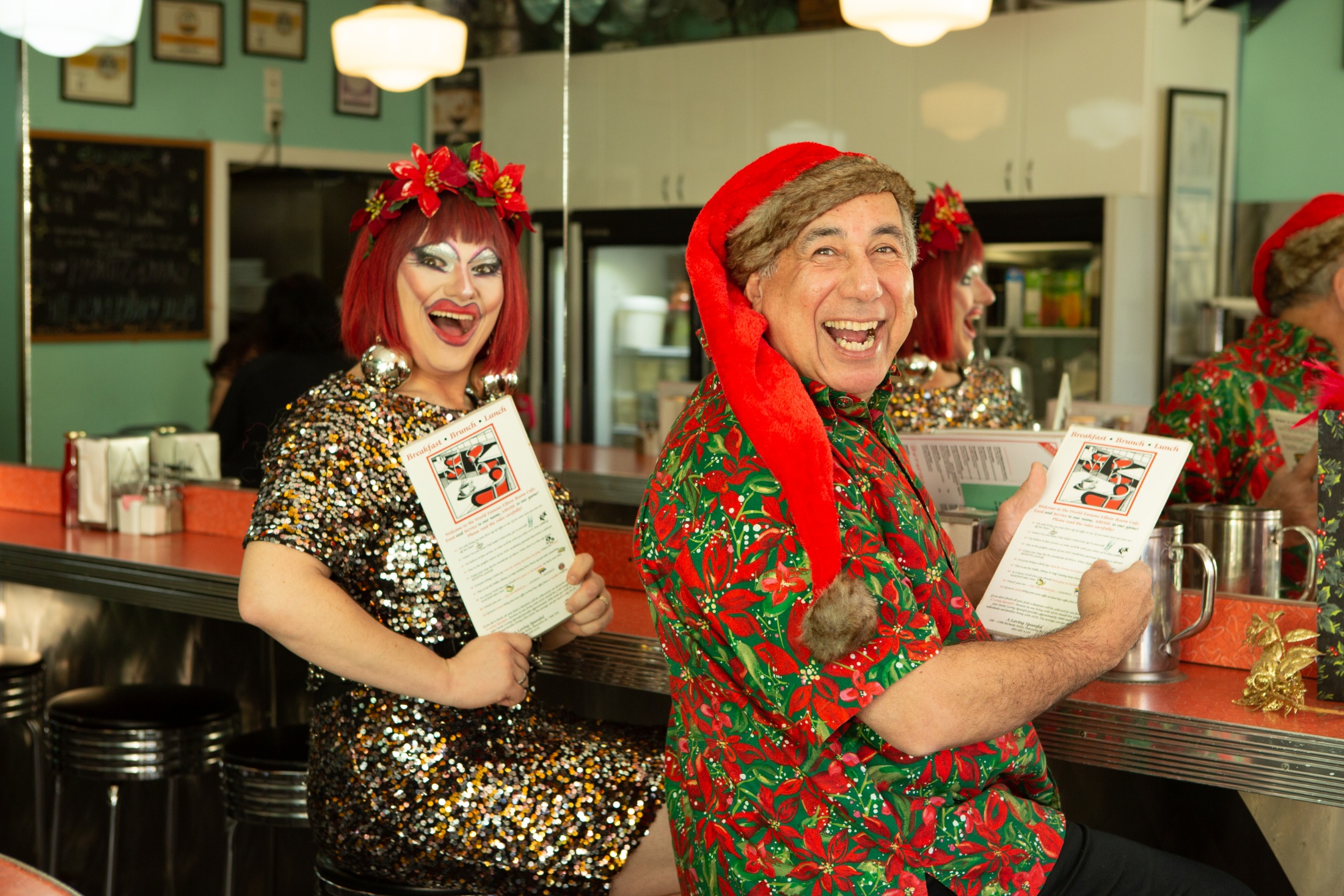 “What I loved about the Elbow Room—and I think it’s kind of connected to that sort of ‘abuse café’/rude service notion—is that there’s something about that kind of behaviour that gives you a certain ownership of the place, it gives you a bit of agency,” says Deveau. “You get up and get coffee, you get water, you just grab the things you need the way you would when you’re going over to a family member’s house. People can say things to each other that you wouldn’t normally say in a public setting, which does sort of feel more intimate in this bizarro way.”

Deveau is the playwright behind Holiday at the Elbow Room Café, the new musical that opened Dec. 12 at The Cultch as a sequel to 2017’s heartwarming hit production of Elbow Room Café: The Musical. Both productions pay loving tribute to the café and the couple at its core.

In addition to the tens of thousands of dollars Savoie and Searle raised for A Loving Spoonful, the volunteer-driven group that for 30 years has provided free nutritious meals to people with HIV and coexisting illnesses, Deveau says there was a less public side to the pair’s generosity. 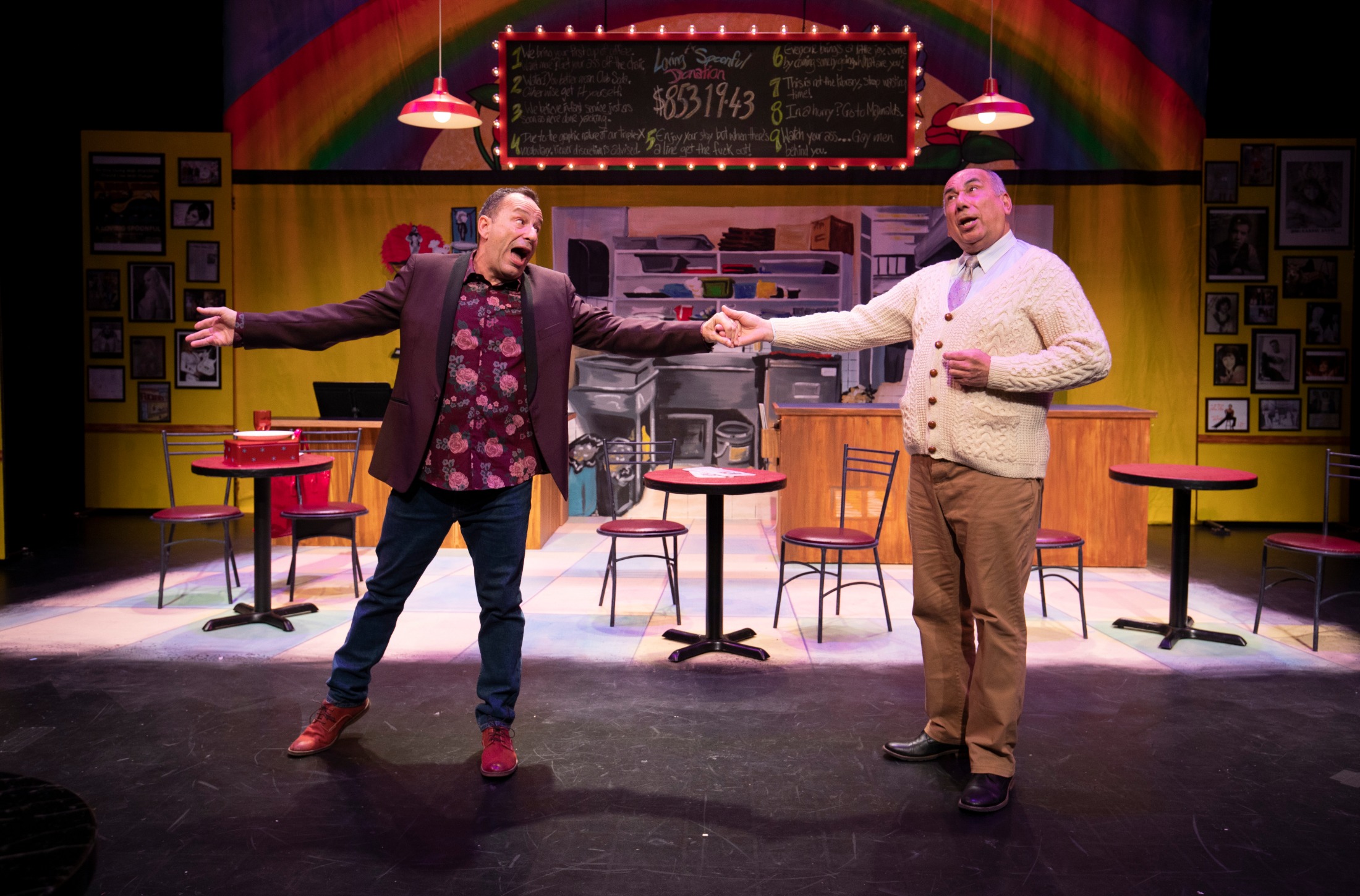 Joey Lesperance, left, as Patrice Savoie, and David Adams on the set recreated to evoke the real café. Photo by Tim Matheson/The Cultch

The cross-section of queer and allied people who found common ground, elbow to elbow, was unique even in the city’s LGBTQ community, Deveau continues.

“It was a sanctuary for a lot of people and sort of a fascinating gathering point for so many different factions of the queer community who wouldn’t gather in the same space in a lot of other contexts,” he says.

The Elbow Room, closed for redevelopment like so many other Vancouver spaces, is lost and lamented, but Deveau aims to keep its spirit alive in his new annual holiday show. Still hungry for good food and bad service? Plenty of local establishments fit the bill, though none with quite the brazen side of dis with your dish.

ZeeZee Theatre’s Holiday at the Elbow Room Café runs until Dec. 29 at The Cultch in East Vancouver.

Dive into the Arts.