The crowd roars as the man behind the piano, Sir Elton John, makes his way onto the stage in as dazzling a fashion as you’d expect. Wearing bedazzled glasses and a blindingly sparkling jacket, he lets his fingers do what they do best on the keys, as the energy pulsates through the audience, prompting spontaneous dance moves all around.

This may well be the last time that we’ll get to see Elton John live—he’ll be retiring after completing this Farewell Yellow Brick Road tour. He played Vancouver Saturday and Sunday, and will again, on Tuesday.

He plays the hits, from “Rocket Man” to “Crocodile Rock” and “Candle in the Wind,” plus a few less familiar tunes. The visuals are spectacular, especially the videos by David LaChapelle and extraordinary animation by the late psychedelic British artist, Alan Aldridge. And then there’s all the requisite strobe lights, smoke, and confetti. Lots of confetti.

But here I am, sitting in row 10, in the middle of this incredible once-in-a-lifetime performance and I’m wearing headphones. Yes, headphones.

I’m using Peex, a new tech from a UK startup that lets you remix your own concert as it’s being performed. 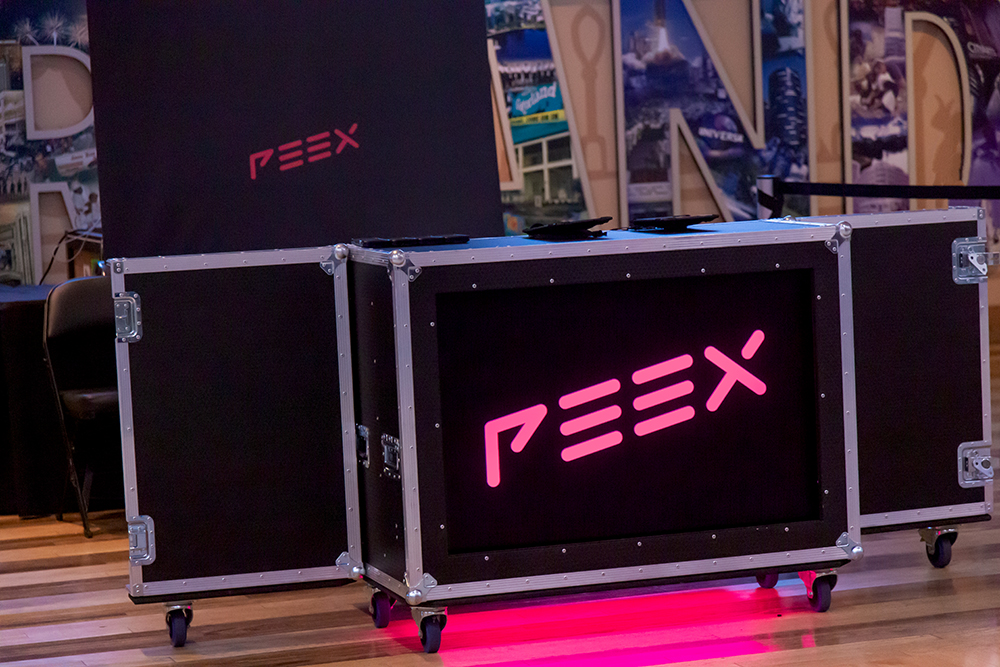 Peex works using wireless transmitters that are set up on rigs around the stage that are plugged into the main soundboard, the feed is then mixed at a separate, dedicated console. You rent a small puck-like receiver with headphones that is paired with your own smartphone via bluetooth, then you can use the Peex Live app to slide different levels up or down, depending on the sound you want, creating a five-channel sound mix of your own: voice/piano, guitar, keyboards, percussion, and bass. The aim is to turn any seat into a good seat—at least as far as sound levels go (and your own interpretation of them).

Tinkering with an app at a concert might seem like a bit of a buzz-kill, but it’s so simple and intuitive that it takes just a moment to make the appropriate adjustment for a particular song. And although I’m certain that the professional sound mixer employed by Elton John’s team is far more capable of creating a strong mix than I am, there’s a lot of sound corruption in a huge venue like Rogers Arena, which, really, was designed with sporting events in mind. As a result, a lot of the clarity is lost. And, depending on where you are in proximity to the speakers it can get loud. Really loud.

I found that Peex worked best for songs where I was either feeling overwhelmed by the sound levels, or unable to clearly hear Elton’s vocals. For softer numbers, such as “My Song” and “Tiny Dancer,” for example, I opted to listen directly, without the app.

It may seem a bit odd at first to be wearing headphones at a concert, but you get used to it rather quickly and it has the added bonus of offering some noise cancelling protection for your ears—not just from the loud bass on the speakers, but also from particularly loud audience members around you. At the same time, there’s enough sound bleed so that you’re never fully removed from the ambient sound experience and never feel detached. 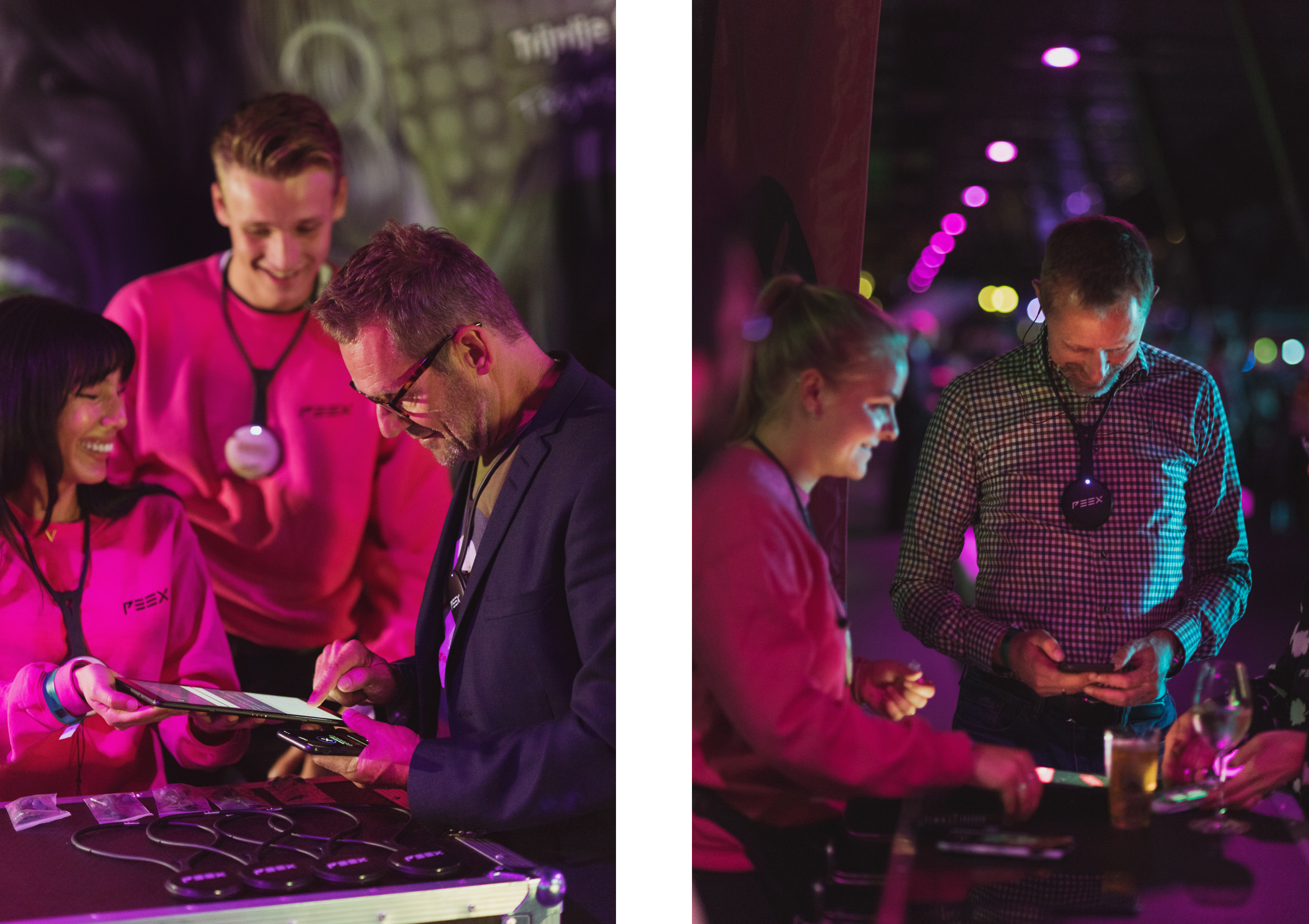 “Why come otherwise?” asks Peex co-founder Graham Tull. “We don’t want you to be isolated, we want you to be with your mate screaming and shouting and hearing a bit of that, but if you really want to tune out somebody singing out of tune in your left ear, then you can wind Elton’s vocal up a little and you’re in a beautiful world all of your own.”

The idea for the device was born out of love for music, Tull—himself once a guitar player in a rock band—explains. “I like playing guitar, but I absolutely love seeing great musicians do it on stage. And for me, that connection as a fan being in the room, I just felt that it was going to be great fun if you could have control over your own personal mix. And even better if you could be guaranteed that the sound from your location wasn’t going to be compromised in any way.”

Peex has been trialed at all of the Farewell Yellow Brick Road tour dates, as well as, to a lesser extent, select outdoor shows at festivals with other artists. “Elton John has been a huge supporter of what we’ve been doing from the beginning,” Tull says. “With the indulgence of him and his production team, we’ve been able to learn so much.”

Elton John’s final performance in Vancouver as part of his Farewell Yellow Brick Road tour is on Tuesday, September 24 at Rogers Arena.