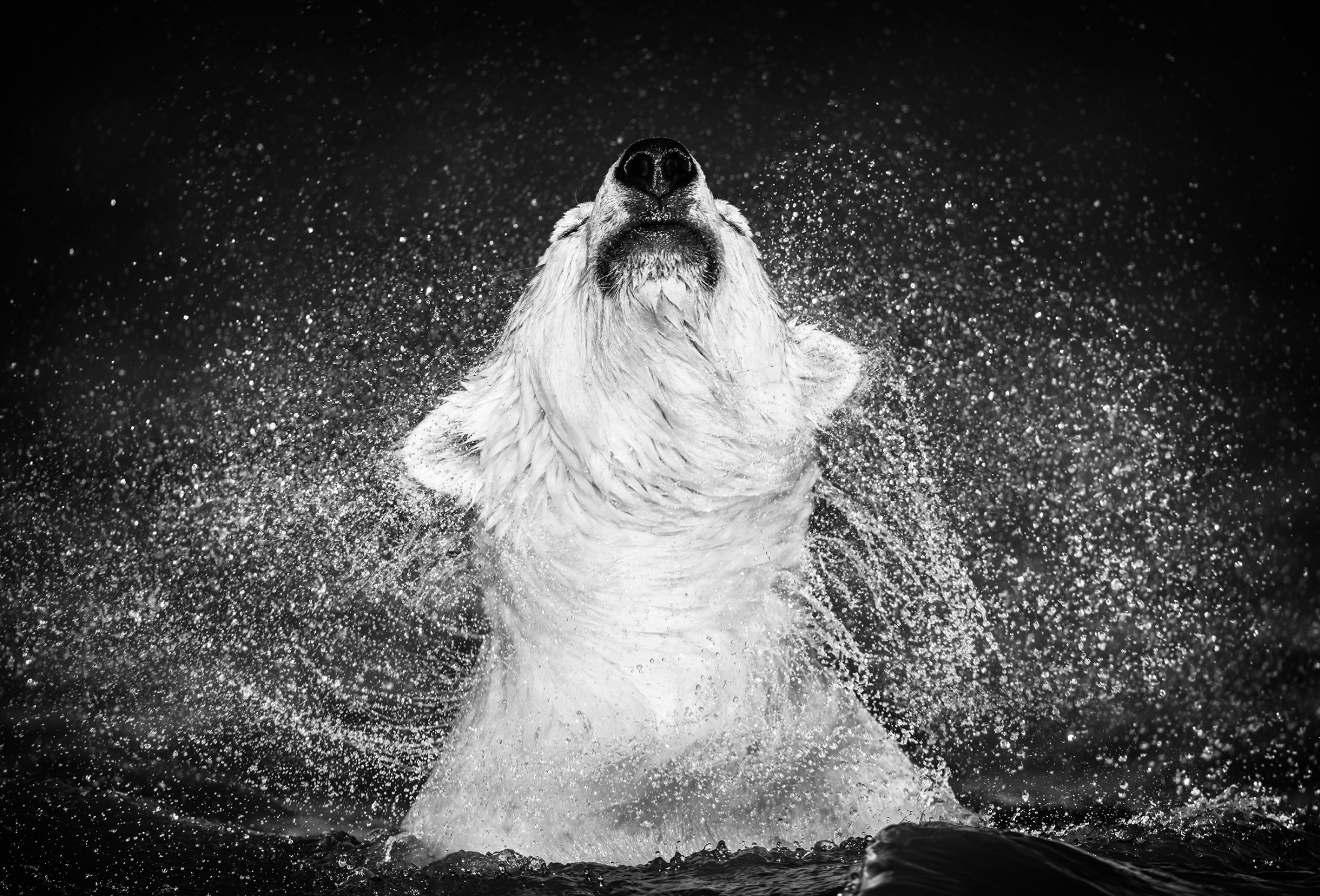 Diamonds in the Sky, 2018. Photography by David Yarrow. (Courtesy of Chali-Rosso Art Gallery)

“I’m paranoid of the mundane,” David Yarrow tells me. “It is certainly an integral part of my character to be preoccupied with what is banal… and to try and steer clear of the banal.”

On a blustery Vancouver afternoon, we’re on low modular seating inside the Chali-Rosso Art Gallery in a hall of mirrors of a sort—walls and partitions showcasing dozens of Yarrow’s photographs. Nearby too: his latest globetrotting book, a thick, weighty tome reproducing hundreds of mesmerizing (and annotated) images.

By virtue of size alone, Yarrow’s pieces (the smallest perhaps measures 5’ x 5’) command attention and compel scrutiny. They’re anything but banal. Typically shot at close range in black and white, the feral majesty and soulfulness of the subject-matter—African cats, giraffes, zebras, and elephants—is unmistakable. Others, captured in polar regions, the Montana prairie, and Sudan, inspire wonder and awe. Still others feature smouldering gazes from the likes of Cara Delevingne and Cindy Crawford, each juxtaposed with an apex predator. 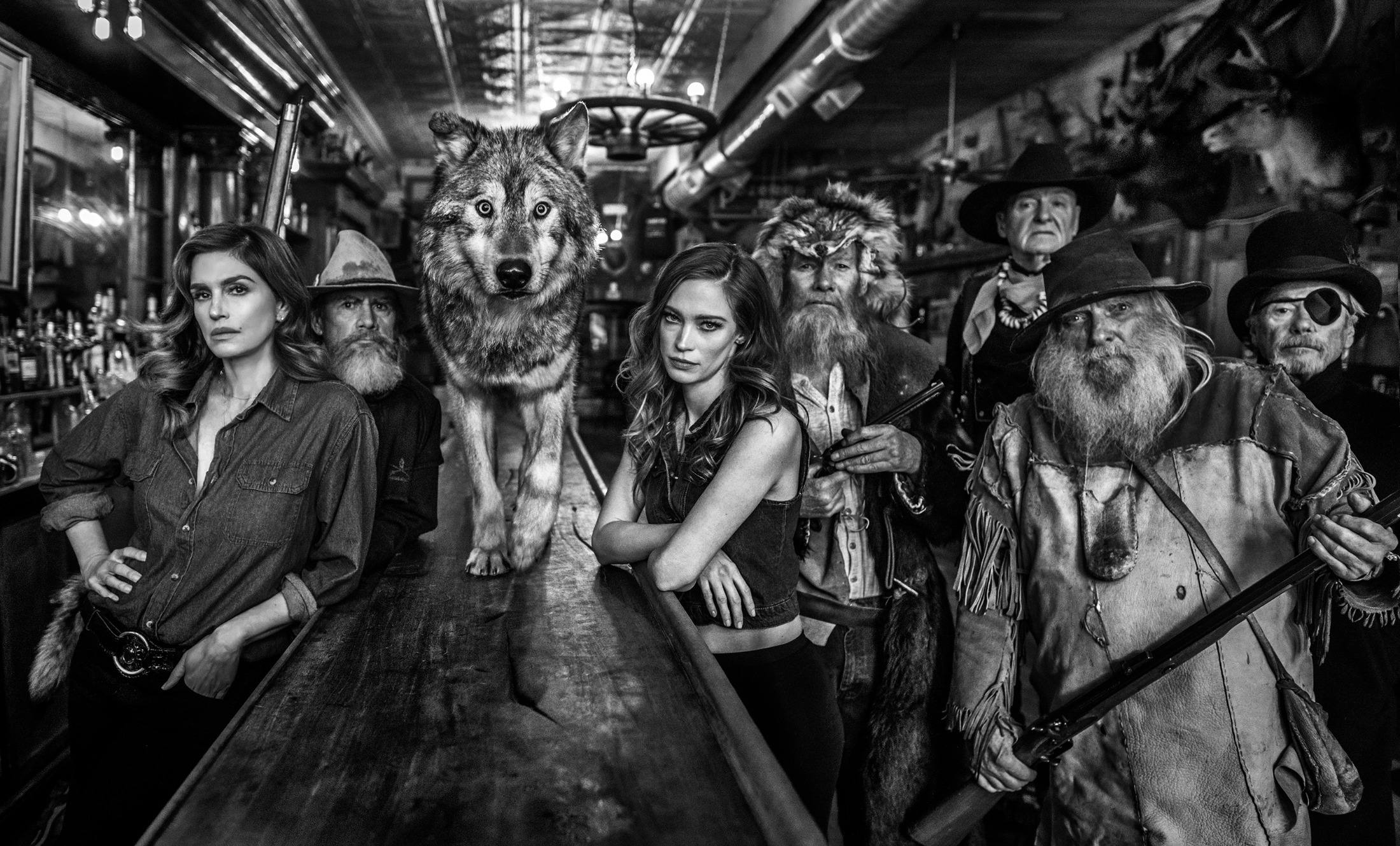 Vancouver is one stop on a 24-city tour, but Yarrow exhibits no signs of interview fatigue. Or fatigue in general: later in the week he’s off to Los Angeles for a shoot involving wolves.

Rather than the fits and starts of two strangers, conversation flows from zoos to Yarrow’s stint decades ago as a photojournalist selling tennis and soccer stills (abandoned for a career in finance that could pay the bills), to the technical demands of his compositions, to his ongoing efforts in animal conservation.

Talk circles back to a couple of ideas as well. About his quest for “authenticity,” for example, which takes him and his team to ever more remote locales. For Yarrow, authentic composition is both exceedingly rare and unique. In a world supersaturated with phone images, having something fresh to depict through an image is a constant challenge. 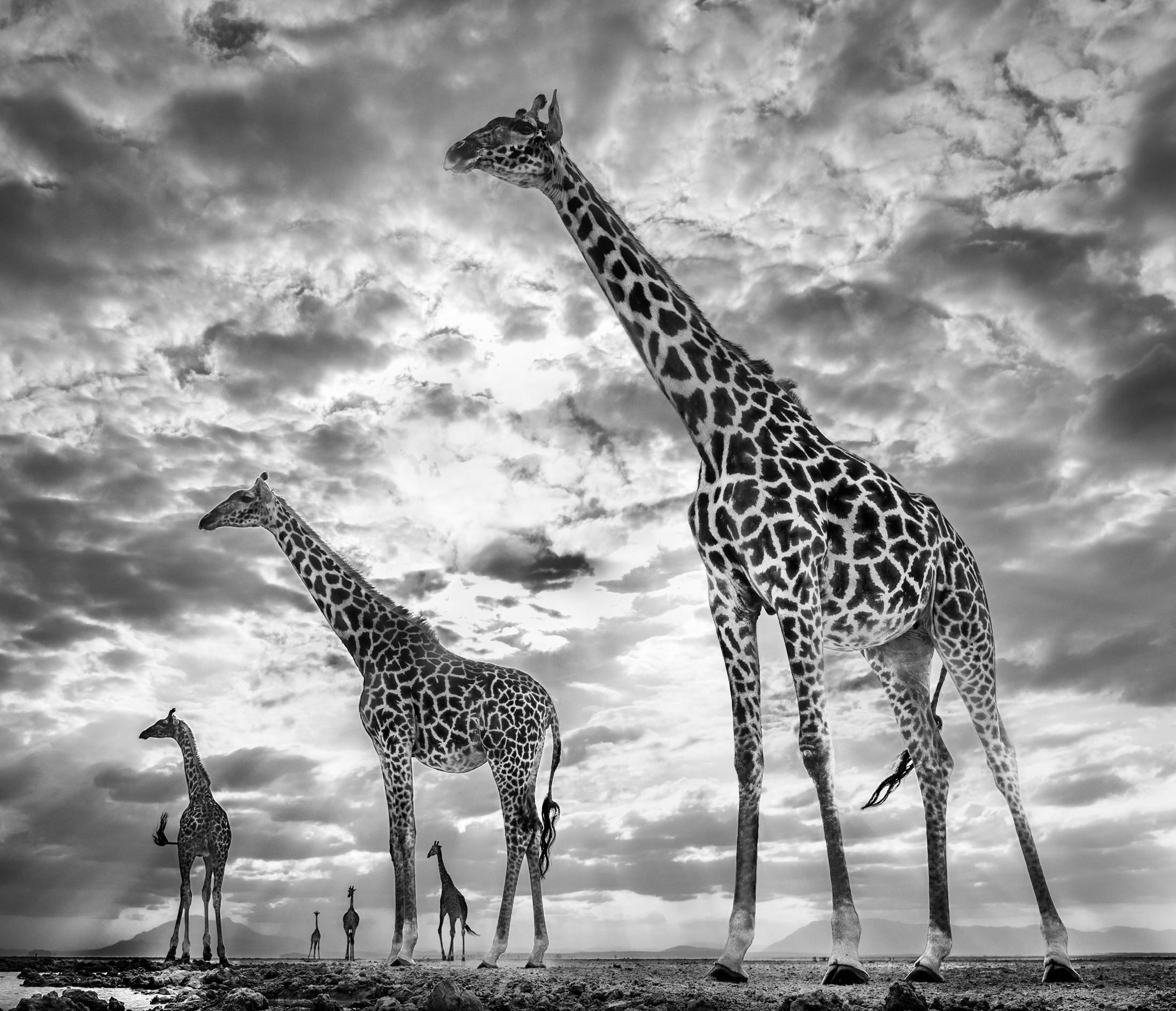 Keeping Up With The Crouches, 2019. Photography by David Yarrow. (Courtesy of Chali-Rosso Art Gallery)

The authentic is also an aesthetic choice. “I don’t want to shoot dead cows,” he says, when I refer to Richard Misrach’s harrowing “Dead Animals” series from the 1980s. “I’m very much a romantic,” he adds. “I think what people want to see is beauty.”

And there’s “enduring.” Though Yarrow speaks in terms of producing “content,” he also expresses the hope that, unlike mere content, his work will stand the test of time. Pointing behind me to two portraits—a black leopard and a seated lion—he asks, “Will that endure? What about that? I really don’t know.”

David Yarrow’s “It’s Five O’Clock Somewhere” exhibition is on at the Chali-Rosso Art Gallery until Nov. 10.

Read more about the Arts in Vancouver.