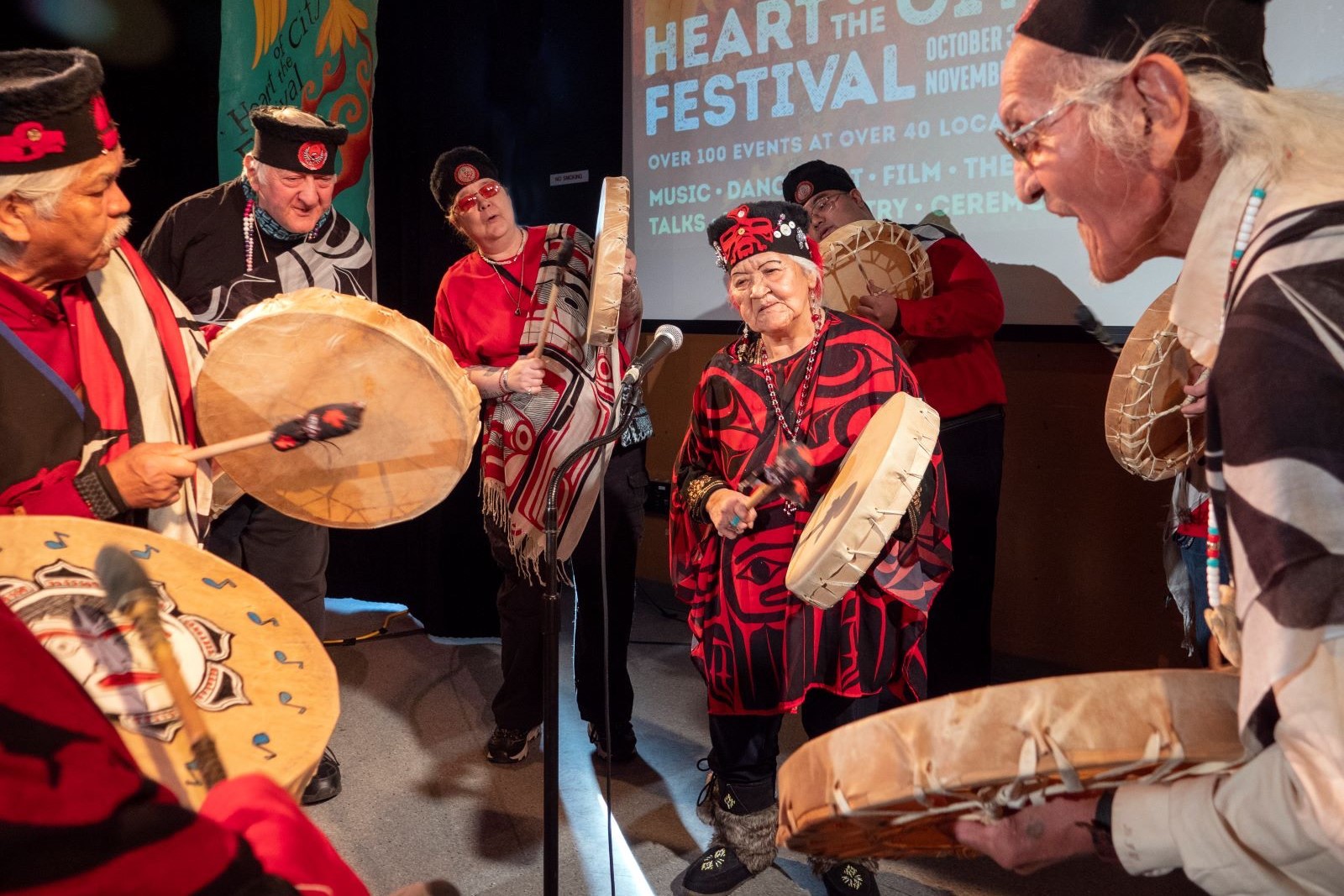 For almost two decades, the Downtown Eastside Heart of the City Festival has been dedicated to creating a platform for residents, artists, and organizations to “share their art, their culture, their stories, their dreams, and their hopes for the future with each other.” That’s according to Terry Hunter, the festival’s executive artistic producer. With the festival now entering its 19th year, “the waves are still rippling through the community,” he says.

This year’s theme, “Community Is Our Mentor,” came about after associate producer Teresa Vandertuin remembered local artist Paul Wong’s response to a question about who his mentor was. Wong answered, “Community is my mentor.” Hunter says, “It was a theme that really resonated for us and really spoke to the history and the people in this community of the Downtown Eastside.”

With the spirit of community mentorship in mind, Vancouver Moving Theatre and Carnegie Community Centre have once again co-produced the festival, filling the 12 days from October 26 to November 6 with events both free and paid, both live and online, highlighting the key values of partnership, collaboration, and mutual respect. On the schedule are more than 100 events—including live theatre, concerts, readings, workshops, and gallery exhibits—many of which will be recorded for later viewing. 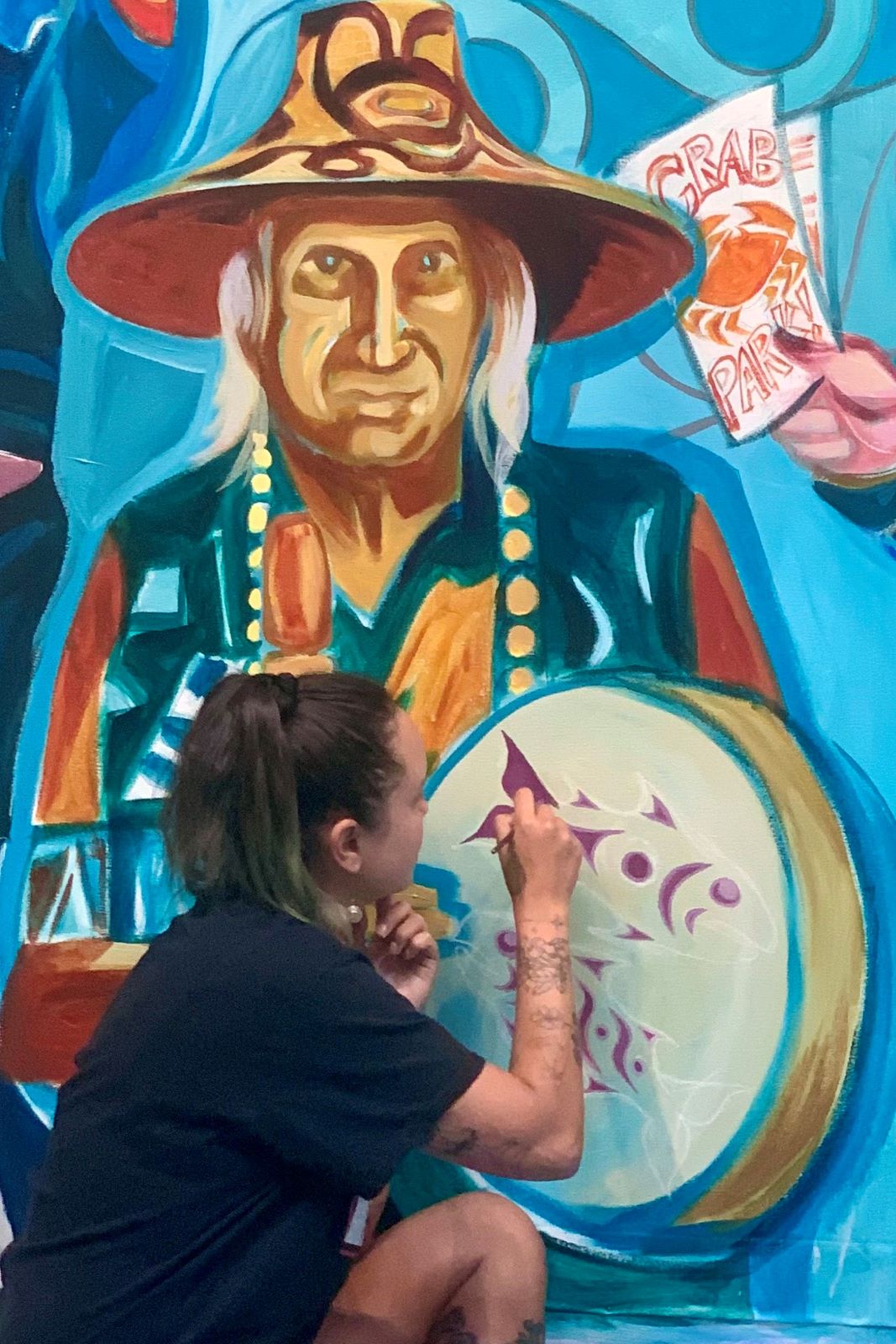 “I think one of the things that I’m very proud of this year is the range of activity that we are presenting at the festival,” Hunter says. This includes grassroots, Indigenous-centred work, such as burlesque performances by Virago Nation and the “Honouring Our Grandmothers Healing Journey” series of events and exhibitions.

Led by visionary artist, producer, and director Nadine Spence, “Honouring Our Grandmothers Healing Journey” acknowledges the lived experience of Indigenous ancestors who travelled to the Downtown Eastside from B.C.’s Interior. Having dealt with traumas such as abusive relationships or addictions, “there was a lot of shame around their ancestors, and their coming to the community,” Hunter explains. Through arts, culture, and healing, this multi-year, multi-community project seeks to rebuild that ancestral relationship. Hunter says, “It’s a very powerful and very, very meaningful project to the participants.”

All-female Indigenous collective Virago Nation adds a powerful experience to the festival by “taking a very western form of theatre—burlesque—and using it for their own purposes to express themselves, but in a very Indigenous-centred way,” Hunter says. “They call it rematriating their own bodies through burlesque.” Rematriating is a relatively new term describing a spiritual way of life that respects nature and Mother Earth, in contrast to the patriarchal undertones of repatriating, which means a literal return to ancestral lands. Members of Virago Nation are decolonizing their bodies and reclaiming Indigenous sexuality.

“Another aspect of what we’re doing this year is grappling with some of the very burning issues that are going on in the community, like the overdose crisis and the lack of housing,” Hunter says. One of the presentations Hunter describes is “Learning from Community: Housing Justice with SRO Tenants,” a film screening followed by a conversation circle with Single Room Occupancy tenants discussing issues and potential solutions for SROs. “We’re really listening to the people themselves who live in the SROs, and listening to and learning from their lived experience,” he says. “That, to me, very strongly fits within the theme of ‘Community Is Our Mentor.’”

The festival celebrates the talented artists and storytellers of the Downtown Eastside community. “We face incredible challenges here, which are very well publicized,” Hunter acknowledges, “but we’re also a community that has a lot to offer the city and the residents of Metro Vancouver.” His hope is that the festival will allow people “to see what an amazing community we are.”