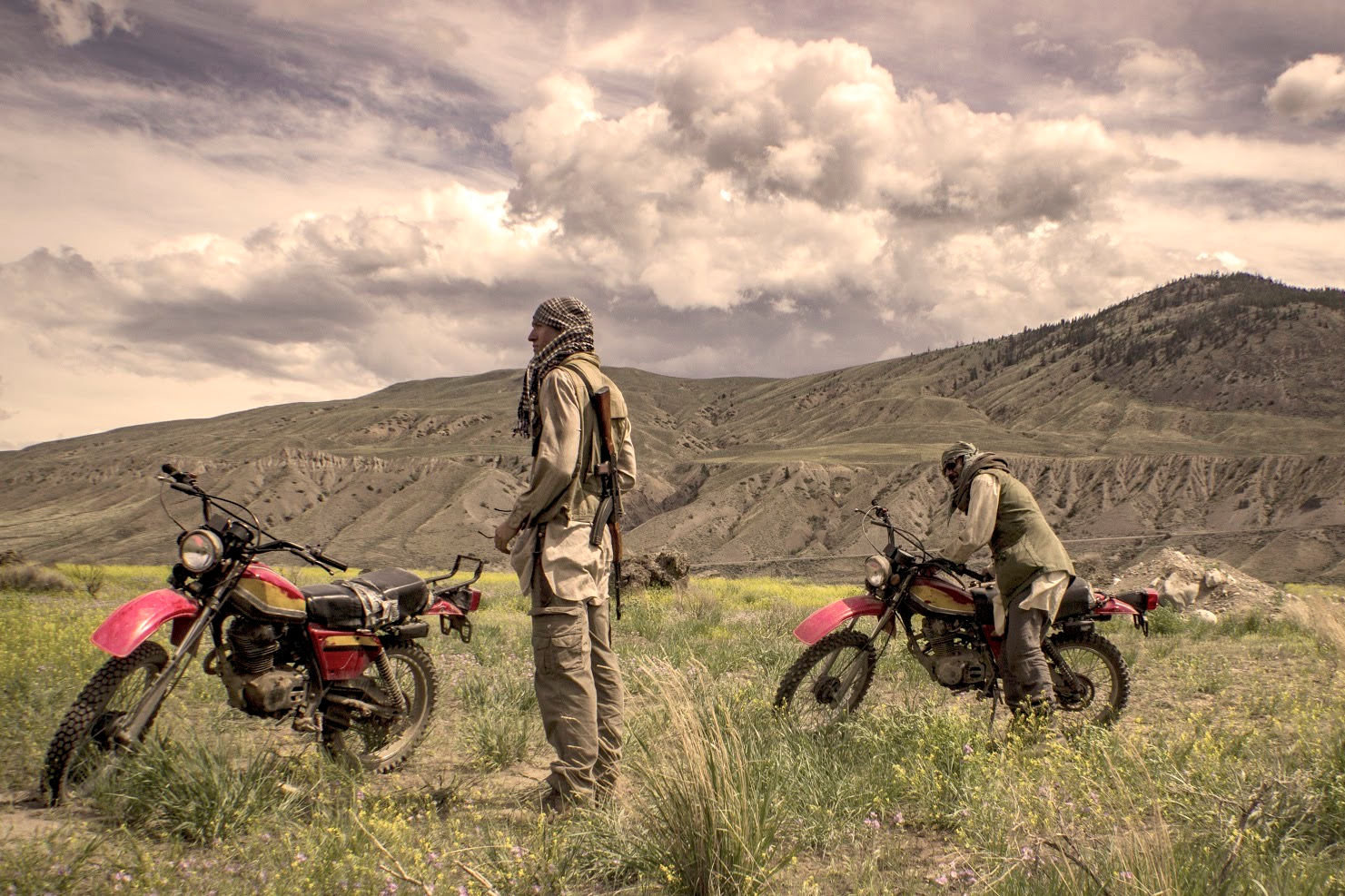 Marie Clements doesn’t make life easy on herself: for her debut fiction feature, Red Snow, the award-winning Métis writer, director and producer of plays and documentaries chose a setting that would include war, multiple languages, and shooting in extreme climates—both hot and cold.

“I became fascinated by their history and how they survived so many wars, how they are so resilient, and how they remain on their land. I was intrigued by these different ancient cultures and what would happen if they came face to face with each other—what would that dialogue be?”

Red Snow (which won Most Popular Canadian Feature at VIFF last year) opens as Dylan, a young Gwich’in soldier, is captured in Afghanistan, his interrogation triggering a rush of memories of his home in the Canadian Arctic, and of his love for his Inuit cousin, Asana. At the same time, his Taliban captors cannot understand why this Canadian soldier won’t speak English to them, and the Pashtun translator who betrayed him gradually realizes that he and this young man may have more in common than he first thought.

How they each communicate—Dylan speaks Gwich’in and English, Asana speaks Inuvialuktun, and the translator speaks Pashto—is the heart of Red Snow.

“I always felt that language had to be at the root of the film,” Clements notes. “Although to begin with, I didn’t know what that meant. But I think it’s a real privilege to hear languages in films, and especially Indigenous languages.”

Incorporating these different voices took a lot of help and research, she adds. “There was something really humbling to me to work with the cultural keepers and the language advisers. Every line in the film, every phrase, was talked about, and translated, and sometimes I would have to rewrite it because, as we know, sometimes how people see the world just doesn’t translate.

“When we are speaking another language we go somewhere else,” she says. “And we understand it opens a world—it layers the world, again—and that I find forever fascinating.” 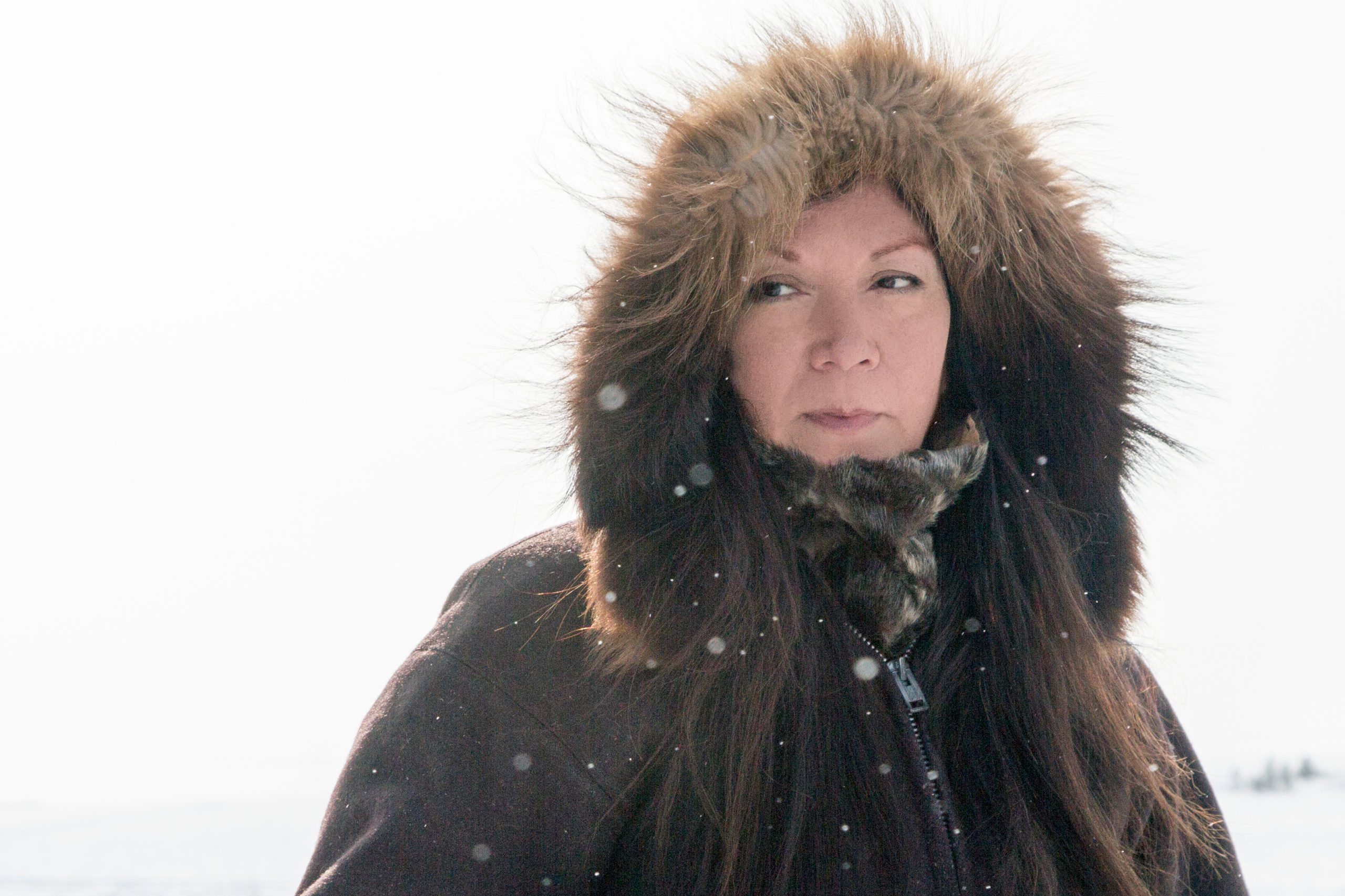 Though she doesn’t profess to be proficient in them, Clements says she has been around Dene and Inuit languages enough to “understand the rhythms, the movement of them.”

For her, Clements says, that’s essential to fully understand the character and how they would move as they speak, and also inform how she should block out scenes. The problem came when it came to Pashto.

“I couldn’t hear it in my ear,” she says. “I was trying to learn through one of those Rosetta Stone programs, and I was laughing so hard at myself because I really could not get it in my body enough to speak it.”

Still, she grasped enough of the rhythm of the language to feel comfortable directing an actor speaking it. “And I enjoyed that really raw introduction to it because it led me into a different world that I wouldn’t necessarily have had access to if I had stuck to the idea that the only way in was to learn the language properly.”

Originally, Clements admits, she was hoping to shoot overseas, but her ambition was beyond the film’s budget so the B.C. Interior was subbed in for Afghanistan. “But once we got back from scouting, we put up all these images of Cache Creek, Ashcroft, and Kamloops, and our Afghani consultant came in and said, ‘Oh, you have reference photos of Afghanistan.’ That was pretty great.”

The film was shot over 20 days, in temperatures that ranged from +38 to -40 (in the Northwest Territories), and mostly outside. “It wasn’t for the weak,” Clements smiles.

Clearly not. But it won’t stop her making more movies.

“I think what I love about film,” she says thoughtfully, “is that it’s a very immediate art form—every moment is accountable and everything has to be present. As human beings, sometimes we drift off—we have these moments when we are not present, we’re human—but in film if you miss this moment you’ll miss it forever. There’s a feeling that this is the last time we’ll ever be able to do this. This is the first, and this is the last.

“I kind of love that,” she adds. “It’s scary, but it’s really motivating.”