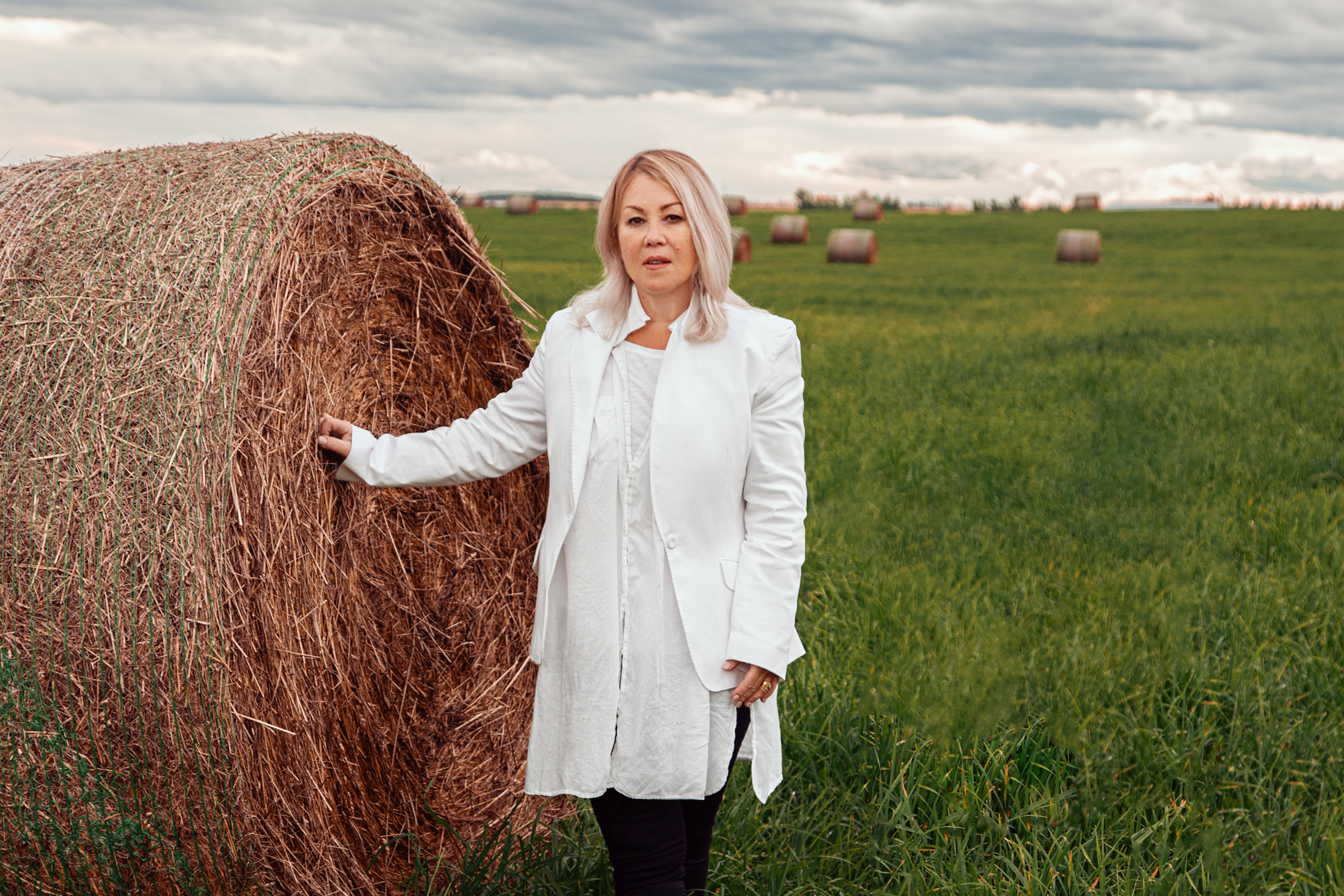 It’s mid-morning on a Wednesday, and Jann Arden is sitting in her living room, looking out at the snow. Winter has arrived promptly in Alberta, where the singer-songwriter was born, raised, and still lives, now west of Calgary in rural Springbank.

Her 14-acre property is tucked inside a forest that doubles as a wildlife highway. Deer graze on frost-bitten plants in the backyard. Foxes take shelter in a den on the side of the hill. A couple of days ago, a woodpecker landed on an old stump and pecked away for hours. The stump is the remnants of a century-old tree that, when Arden was building her house, she was forced to cut down because it was preventing the roof from being installed. That, she says, broke her heart. She kept as tall a stump as possible and fastened a wire angel to the top of it. The stump is now rotten and enjoying a second life, with all kinds of insects living in it.

Arden sighs. “I will be the warden of this land as long as I’m alive to do it, and I’ll protect these trees,” she says, speaking to me over the telephone. Her voice is gentle but steady. “I always worry about when I’m gone—I mean, I’m not worried about dying, but I always think, ‘Oh, God, when I go, they’ll come and pull all this down and there’ll be houses.’ And I hate progress, Yasmine. I hate it.”

In fact, coming to terms with progress—that is, the progression of life and getting older—is the subject of Arden’s latest memoir, If I Knew Then: Finding Wisdom in Failure and Power in Aging. At 58, aging is something Arden has come to cherish. The memoir is her fifth, published three years after 2017’s Feeding My Mother: Comfort and Laughter in the Kitchen as My Mom Lives With Memory Loss, an achingly honest account of her mother’s journey with Alzheimer’s disease.

Arden’s relationships with both her parents are woven through If I Knew Then, alongside inspiring stories about her grandmothers, great-grandmothers, and Arden’s own failures. Together, they provide an exultant collection of truths culled from a woman who, despite great professional achievements—as a Canadian Music Hall of Fame inductee, a best-selling author, a broadcaster, and the star of her own eponymous CTV series—has, as she writes, finally become a real person and figured out how to live a life of purpose. 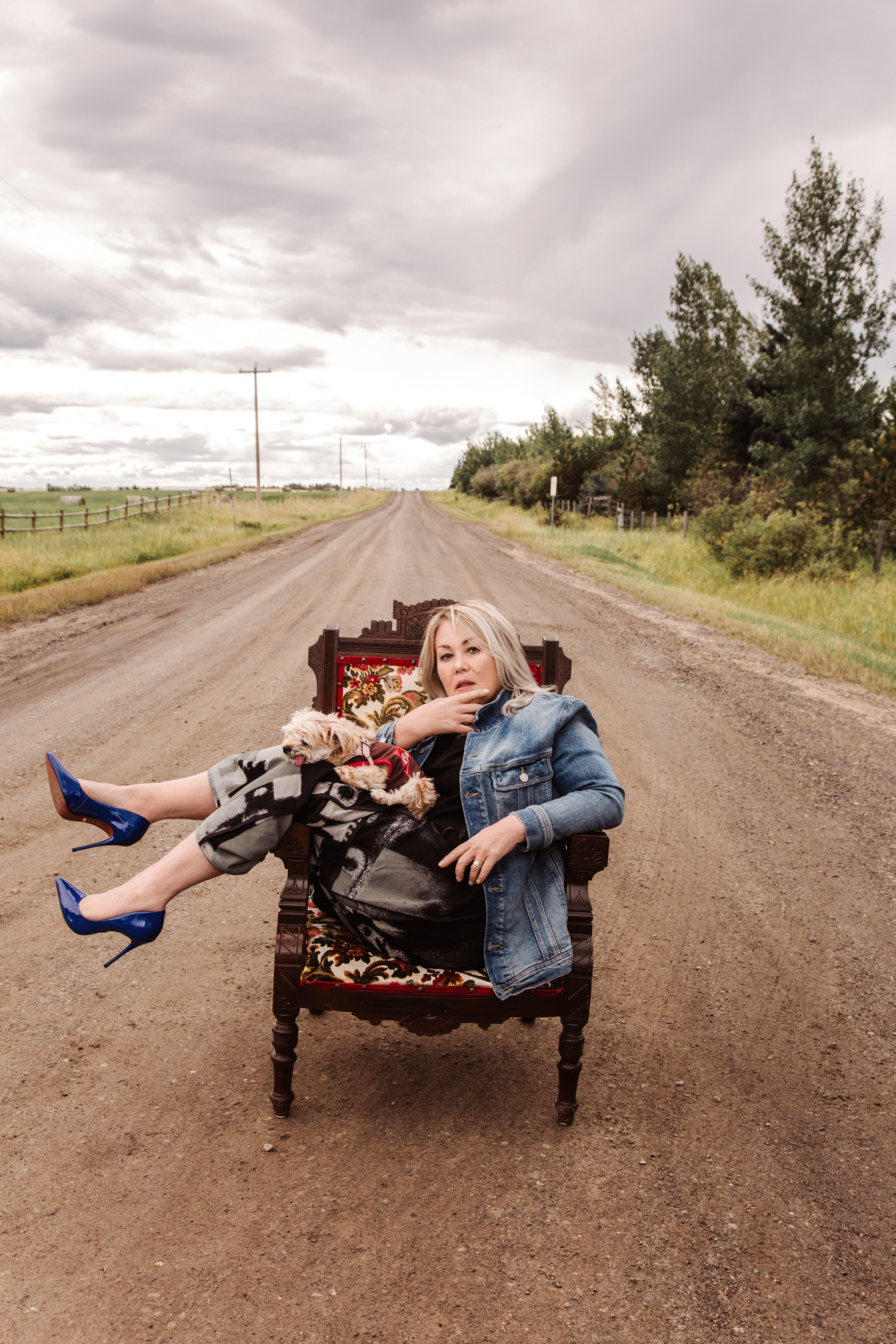 Arden wrote this latest memoir a year and a half ago, but the timing of its release couldn’t be more perfect considering the pandemic and all the anxieties surrounding it. “I mean, the whole idea of being on your own and being on your feet and being where you are,” she says. “I’m really, actually, grateful for the time of it coming out because it seems so fitting.”

Arden feels good about what she wrote. Though she admits to being surprised at what poured out—particularly regarding the complicated relationship with her father and trying to understand what shaped him into the man he was, from his fraught relationships with his own parents to his alcoholism.

“I wasn’t going to write about three-quarters of the stuff that I ended up writing about,” she confides, referring specifically to her dad, his ire, and their contentious relationship. But, she says, censoring herself wouldn’t feel authentic.

“I’m glad I didn’t go back and scribble a bunch of stuff out,” she says now. “I think it’s good for people to read that mistakes are going to either make or break you.”

There’s a lot of value, Arden offers, in not getting it right. Her mother had a saying that’s referenced early in the book: “If you can’t be brave, be reckless.” Arden was a teenager the first time she heard it, though says she probably didn’t really understand it then. But her mom always talked about the importance of making a decision, even if you couldn’t predict the outcome. “You just have to make a decision, because the one decision will lead to another one, that gets you to where you need to be.”

People tend to get caught up in making the right choice, she continues. But one way or another isn’t necessarily right—they’re just choices.

Her mother never lamented getting older, Arden says. “She was so happy to get older. My mom has always been my true north, always, through everything. Even when she was sick she was my true north, because she was so economical. She was sensible in a way that people don’t even know what sensible is. She still inspires me so much and informs my day-to-day life.”

Arden watched both her parents pass away in dramatically different ways—her mom went peacefully, her dad fitfully. It made her feel brave about aging. “Actually, it makes me much more determined,” she insists. “I do things now because I know I’m dealing with time limitations. It’s not even being 50. Heading towards 60 feels even different. You start thinking of life in terms of summers. And that feels more responsible for me, to think of life in terms of that, instead of years. Years sounds so formidable, somehow. But when you talk about summers, it has more whimsy and it feels lighter in your heart to think of having another 20-plus summers on the planet. That would be awesome. I feel much more fired up to do things.”

It’s a perspective that came gradually. In a powerful part of the memoir, Arden describes lying in bed and feeling her thoughts shift. It culminates in a pivotal moment where, shortly after turning 50, she catches a glimpse of herself naked in the mirror. “For the first time ever, I felt a shard of authentic appreciation for this magnificent being/thing/vessel/portal/spaceship in the mirror,” she writes. “And I started to cry.”

“I remember it building and building in my body, the conversation with myself changing, that narrative changing,” she says. “That I knew that I was so capable of anything I wanted to do, that there was nothing I couldn’t do. And I really started believing it. That cheerleader took over from this doubtful voice that foiled all of my plans, that told me I wasn’t worthy of getting anywhere. And that certainly wasn’t because of how I was raised—it had everything to do with how I placed myself in the world and had everything to do with my age.”

From self-doubt grew self-love. The notion that good things come from bad things has become somewhat of a mantra for Arden: if not for the sacrifices of her ancestors—Arden’s great-grandmother Ernestine bore 17 children before dying from postpartum hemorrhaging—Arden wouldn’t be here. If not for her father’s drinking, she wouldn’t have sought refuge in the basement of her family home and taught herself to play guitar.

Arden, too, developed a toxic relationship with alcohol, which she failed to overcome many times—until finally she landed in hospital and a nurse said something to her that resonated deeply. “You need to care about yourself enough to stop drinking.” The nurse’s name was Nancy. Arden will never forget it. She’s been sober ever since.

“I felt ashamed,” Arden says, “that I’d negated my wellness for so long. I was such a binger. I’d have times I didn’t drink. I’d go weeks, months even. And then I would just fall into these patterns that were—” she exhales. “I’m very surprised I’m alive.” 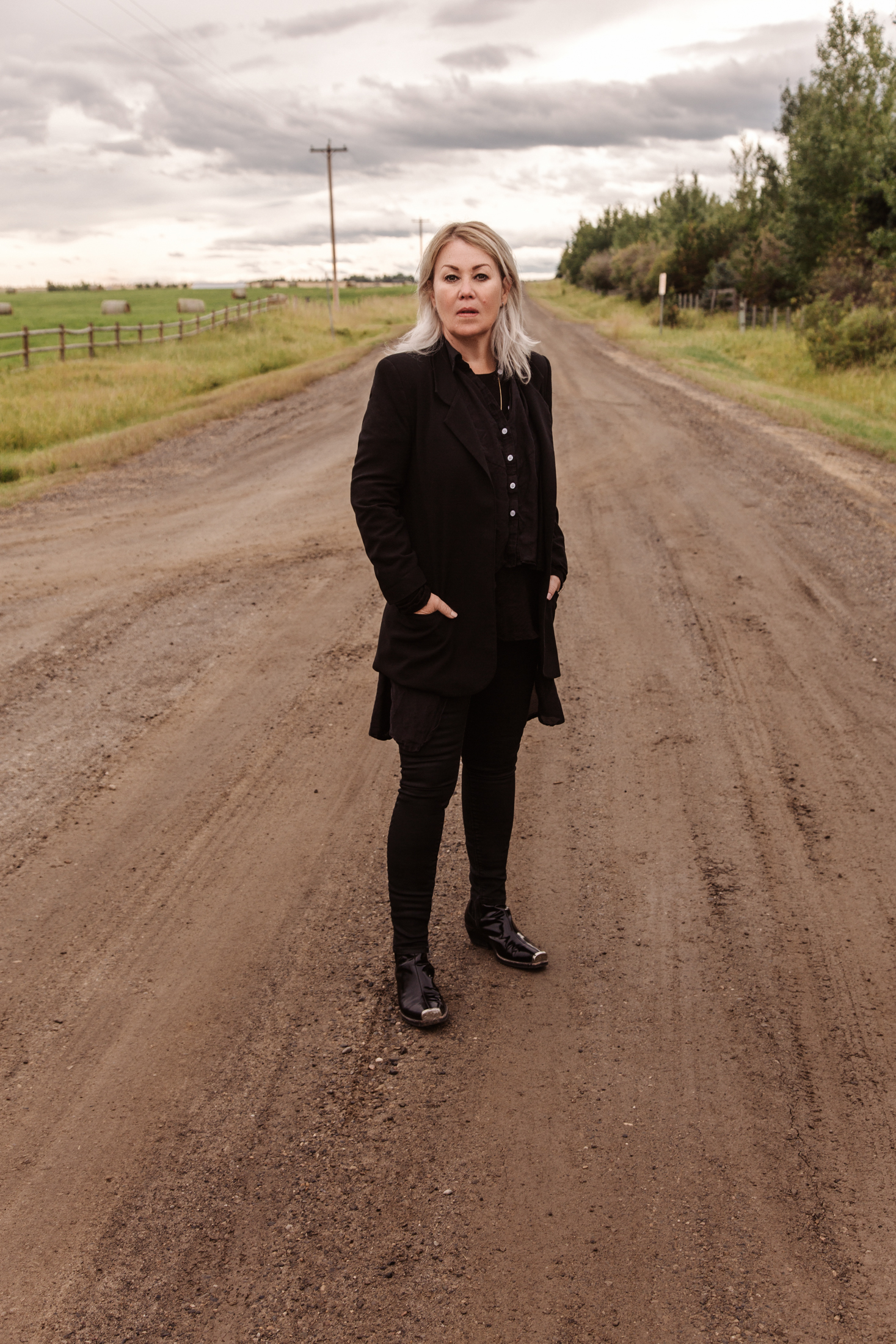 Her career didn’t find an easy start, either. Her demo was rejected by so many record companies that she was ready to give up. Allan Reid, an executive at A&M Records, initially declined too, because Arden’s heartfelt ballads didn’t fit the industry’s trends. Then Reid’s fiancée left him. Devastated, he listened to Arden’s tape again. And signed her.

Does Arden believe in fate? “I don’t know,” she considers. “Even when I was being turned down over and over again, I kept going back to music. But I was getting tired and I was broke. And I was living in a little basement suite apartment and I was drinking a lot in the bars and—I don’t know. All I know is that you have to let yourself be part of that magic.”

Arden’s latest album, Hits & Other Gems, was released in September. The compilation features some of her best-loved songs, from “Insensitive” to “Could I Be Your Girl,” as well as previously unreleased tracks. The music sits differently with her now as she’s grown older, she says.

She admits that she didn’t always know what she was writing about—a part of her process that fascinates her—but the stories have become clearer with time. Meanings have evolved. She feels closer to some songs. “With the passing of my parents, ‘Good Mother’ will always be such a white flag for me, in many ways,” she says now.

But her songs still ignite passion in her, as music always has. “It always makes me feel 11 years old, when I first picked up my mom’s guitar,” she says. “I have a crush on music. And it has opened many, many doors for me. Everything I’ve done in my life stems from my love of music and how it infiltrated my world as a kid.”

“Sorry about my dog,” she chuckles. Midi lets out little yips in the background. “I want to tell you what I just saw. There were three giant eagles fighting in midair, and they just dropped 10 feet. That’s what caught my dog’s eye. And then they caught wind and flew on again. That’s what just happened outside the window.”

The eagles seem to mimic life’s crux of fighting, falling, and rising. And the freedom that comes in reaching a certain point where we embrace it, where we finally soar.

In Arden’s case: feet on ground, heart in hand. And completely, unapologetically herself.