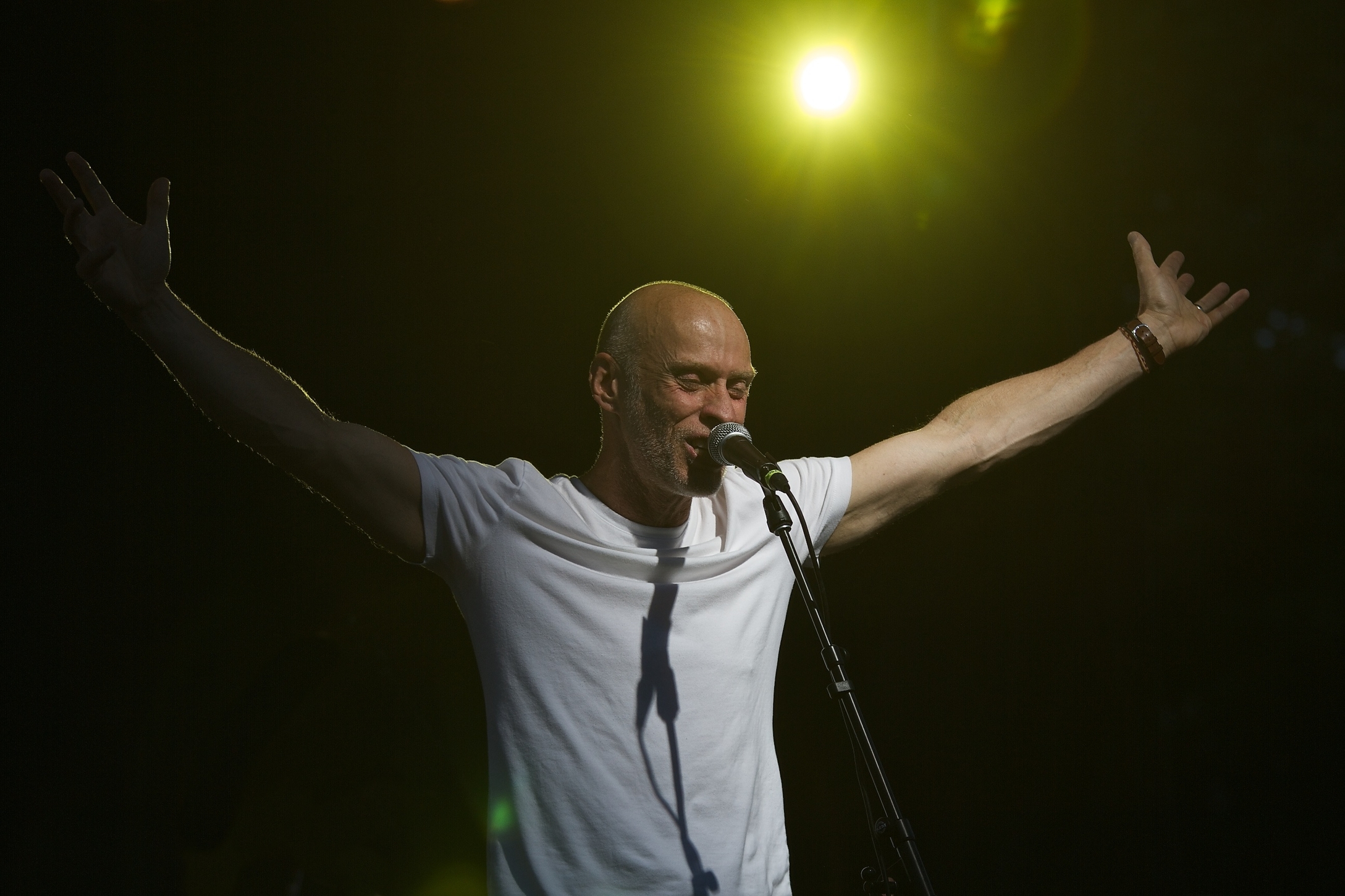 John Mann in concert in 2013. Photo by spaceamoeba/Flickr Creative Commons.

I didn’t know John Mann but when he died on Wednesday, at the age of 57, I felt I’d lost someone close to me. Mann touched a lot of people, first and most often as a singer, guitarist and songwriter with Spirit of the West.

There were few better places to be in Vancouver in the 1990s than one of their shows at the Commodore Ballroom, as fans absolutely pounded the sprung dance floor to “Save This House.” Across the country, just a few pints have been knocked back to “Home for a Rest,” a genuinely honest drinking song once named one of Canada’s 100 greatest. Spirit of the West’s live performances were unforgettable.

That’s partly because John Fraser Mann did everything from the heart. He had a commanding voice, and a perfect whisper. His eye for detail helped him craft more than a few poignant lyrics.

Maybe that came from his other life as an actor. Mann was born in Calgary, but came to Vancouver’s lesser winters as a student at Langara’s Studio 58 theatre school. He set acting aside for a while when he and Geoff Kelly formed Spirit of the West in 1983. The British folk they began playing soon evolved into something entirely their own. Our own. 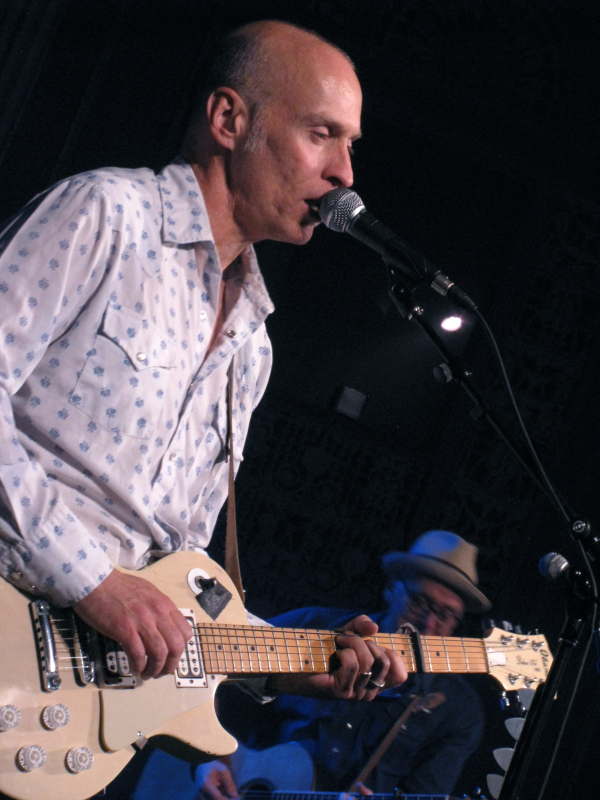 John Mann performs with Spirit of the West in 2014. Photo by Drhaggis/Wikipedia Creative Commons.

So when a somewhat older John Mann was diagnosed with colorectal cancer in 2009, his fans really felt it. We were also glad to have him back when he recovered, and not just because we knew he’d get a song or three out of it. Along with his wife, actress Jill Daum, Mann put his life into his art.

The 2014 album The Waiting Room was more than we might have expected, as good as anything he did with Spirit of the West. The album also became a play a year later, directed to considerable acclaim by fellow Calgary refugee Morris Panych, at the Arts Club.

But something else was going on beneath the surface. Mann couldn’t always remember his lines, sometimes even the lines of his own songs. He had early onset Alzheimer’s disease.

By happenstance, I shared a drink on Wednesday night with his friend Allen Moy, who managed his solo work in recent years. We talked about the incipient forgetting. About John’s insistence that he work for as long as he could. About the iPad he used onstage to remind him of his own lyrics. About the show that, by the end, was clearly his last solo appearance. About Jill Daum’s poignant account of managing his decline as a kind of backwards parenting—in another Arts Club play, Mom’s the Word: Nest 1/2 Empty. About John’s song “Forget to Forgive,” for Daum’s 2018 play Forget About Tomorrow.

We talked about the only time I met him, maybe three years ago at the traffic light by the Husky station in our East Van neighbourhood. I was on my bike and Jill and John were jogging. I thanked John for his music, and he looked confused. Jill looked over, if I remember correctly, and nodded.

The decline was precipitous after that. Alzheimer’s disease can be brutal.

Allen reminded me how special The Waiting Room is, and I listened to it again when I got home—the song “Thank You,” about all the people who touched him. And the very last one, with this: “You are blessed instead of me, only the present touches you, and as I backwards cast my eye, and forwards too, though I can’t see I guess and fear.”

John Mann died on November 21, 2019. Charles Campbell is a former editor of the Georgia Straight and the Vancouver Sun’s entertainment section.