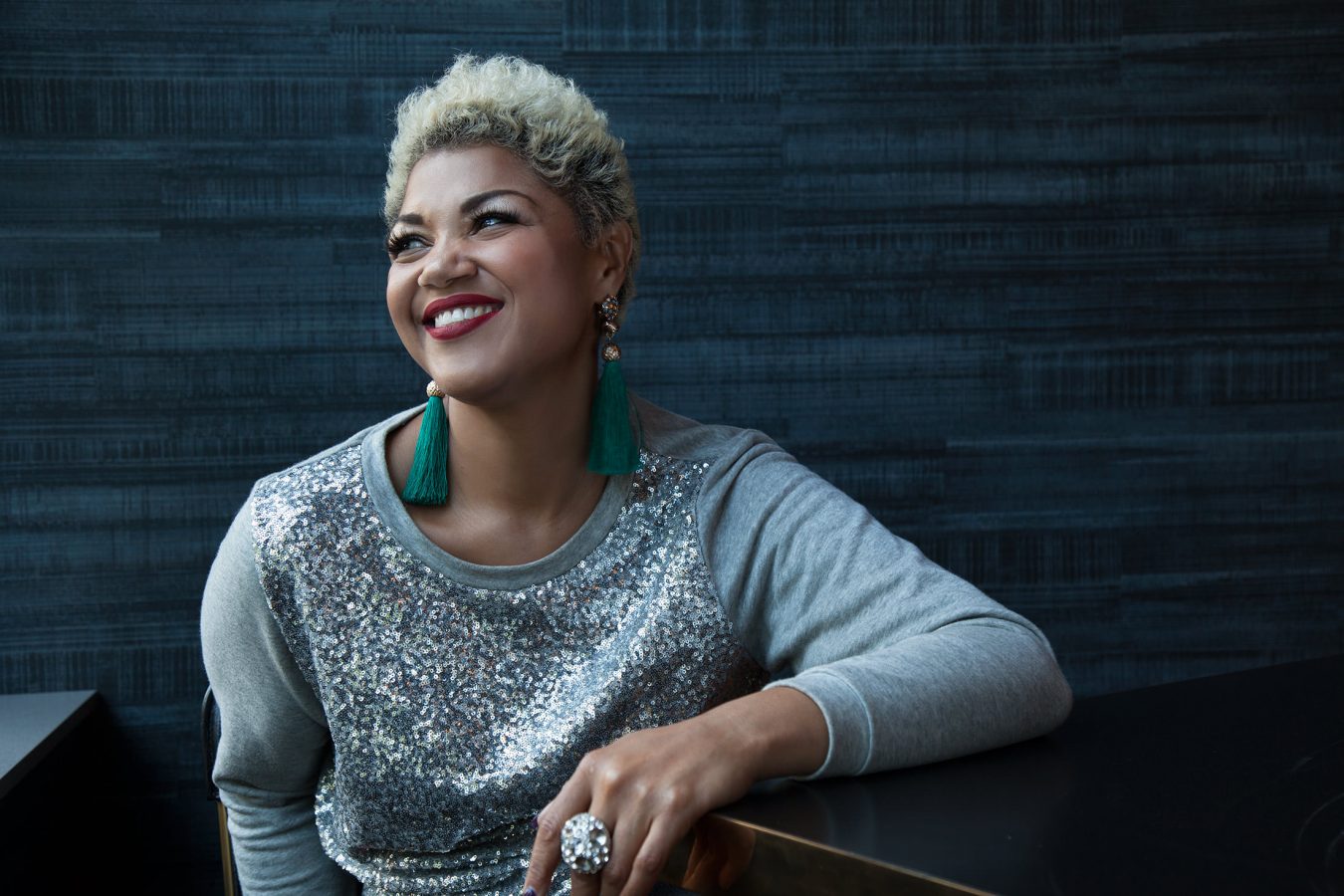 Measha Brueggergosman is no stranger to large audiences. Canada’s award-winning soprano has likely performed in front of millions of people, from opening the Olympic Games here in 2010 to gracing the world’s most prestigious opera halls. But it still took courage to share her more personal struggles in her memoir, which we sat down to discuss with her in our Spring 2018 issue. Today, Brueggergosman strives for authentic presence, championing empathy and honing new expressions; she released a new jazz album last May.

Measha Brueggergosman would like to have a better relationship with Vancouver. But there’s something about the West Coast that is so distinct from her East Coast upbringing that Brueggergosman, one of Canada’s most recognizable sopranos, says she is still learning to feel completely at home here.

“I’m embarrassed that I don’t know Vancouver as much as I wish I did,” says the opera singer, who is frank, unabashed, and unembarrassed as she sits in her hotel room at the Westin Grand surrounded by jewel-coloured scarves, with bras and underwear scattered on the floor and shoes climbing half-out of her open suitcase. “In Halifax, Toronto, Berlin, San Sebastián, Madrid, I would know those cities well enough to know where I should and shouldn’t go. I don’t know that about Vancouver.”

She has spent a bit of time here, though, having performed Francis Poulenc’s Dialogues des Carmélites with the Vancouver Opera in 2006, and then returning to sing the Olympic Hymn to a worldwide audience of more than three billion people in 2010. But this time around, she is in town to promote her new memoir, Something Is Always on Fire. 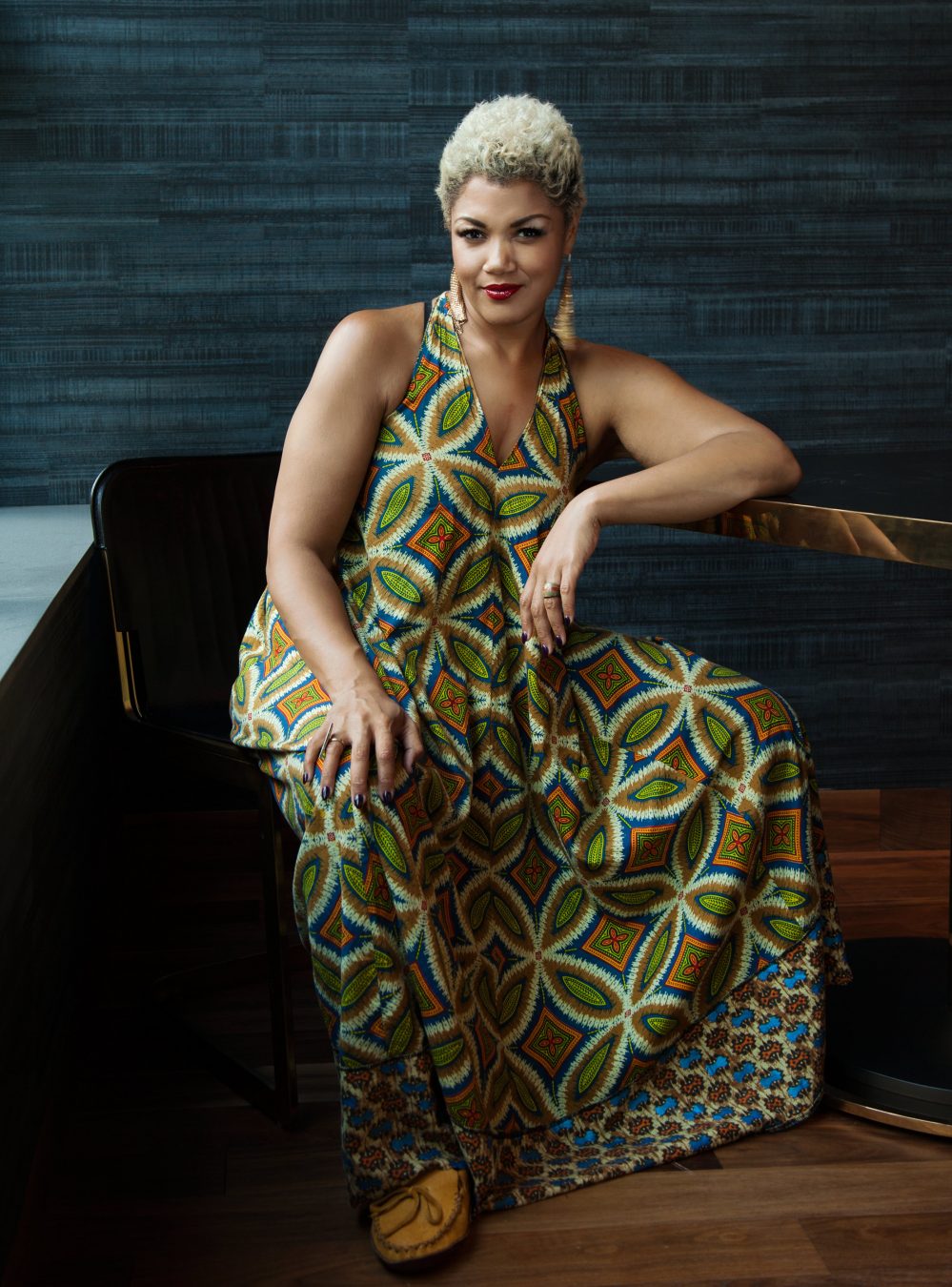 Brueggergosman begins the book, three paragraphs in, talking about her love of food—specifically, a restaurant charcuterie plate from 2009 that she reluctantly cancelled out of concern after feeling numbness in her extremities, a sharp pressure at the base of her throat, and then a tingling in her arm. It turned out to be a dissected aorta. Three hours after the diagnosis, she was wheeled in for emergency open-heart surgery.

It was a moment of dissection for Brueggergosman, who was forced to acknowledge that up to that point in her life, at age 31, she hadn’t taken responsibility for much of anything. “When you’re a child prodigy, the focused nature of your training goes a long way to convince you your needs are the only ones that matter. I came to believe the rules didn’t apply to me,” she writes. “Over the years, I’d grown very comfortable with (and proficient at) lying to pretty much everyone: my parents, my husband, my management, myself. Until I was 28, I hovered around 350 pounds, and you can’t be that fat without telling yourself a few big ones.” 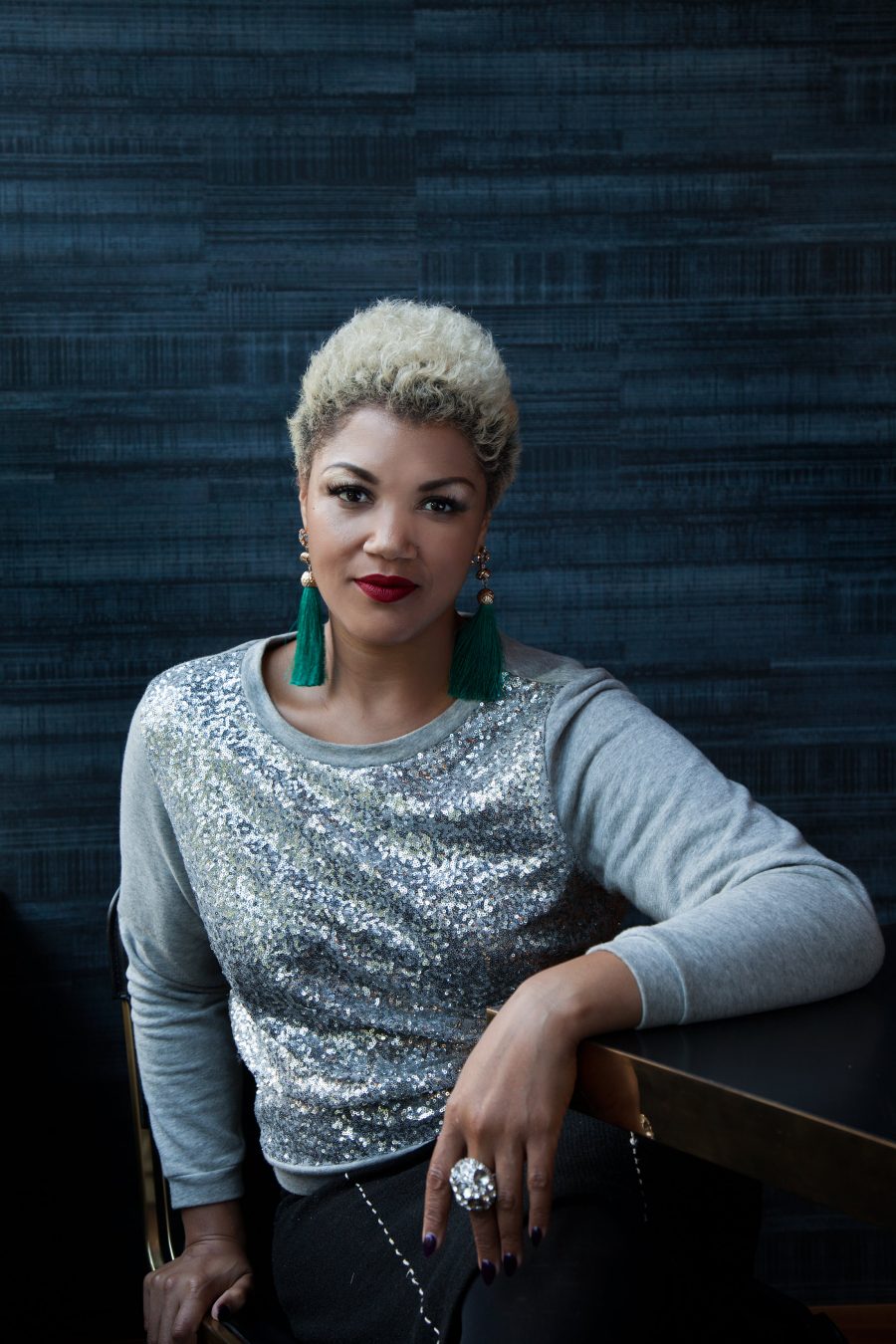 Within a few months after her release from the hospital, Brueggergosman temporarily separated from her husband, Markus Bruegger, the first half of her amalgamated surname. She was born Measha Gosman in Fredericton, New Brunswick, where she began singing in youth choirs and taking voice lessons before going on to study in Toronto and Dusseldorf.

Brueggergosman, now based in Falmouth, Nova Scotia, started writing about her life in the years following the surgery (which, she writes in the book, she later learned she only had a 13 per cent chance of surviving). She lost weight, about 150 pounds by one year post-op, and decided, after taking a couple classes in Vancouver, to train to become a Bikram yoga teacher. (She originally attributed her weight loss to the yoga when asked by reporters, then publicly revealed later that she had undergone bariatric surgery.) Even her hair, one of her trademarks with its mass expanse and flow, is gone. These days, Brueggergosman wears it closely cropped and dyed blonde.

After reuniting with her ex in 2010, getting pregnant shortly afterwards and losing twins, then having two boys born in 2012 and 2015, Brueggergosman is now reluctantly getting divorced. In the memoir, she is open about what subsequently led her husband to leave: she had her first of many affairs less than a year after getting married at the age of 21.

While they are still too young right now, Brueggergosman says she knows her children will eventually read her book and learn about her past—and she is all right with that. “After all that happened, I’m not too full of death to live,” she says. “The goal in this life, I’ve learned, is to assess every situation, and if it’s a particularly painful scenario, to remind myself that this too shall pass.”

She writes in the book that the greatest and most tragic consequence of her actions was losing the steel fortress of her husband’s intimacy and trust. Still, there isn’t much dwelling on sadness for Brueggergosman in person these days. She has performed in Carnegie Hall and before the British royal family, but speaking to readers about her book is different, and opened her up to new transparencies. “I know how to sing—I had to figure out how to write and find my voice. At first, you’re writing to suit the book, then you’re writing to find your voice, and then writing to develop the muscle, tendons, ligaments,” she says. “I want to tell the story, not to bombard people with too much. That’s the difference between singing and writing: how much you can bombard people.” The book has taken Brueggergosman onto an entirely new kind of stage—but if anyone knows how to perform under pressure, it’s her.

This article from our archives was originally published in our Spring 2018 issue. Read more Arts stories.