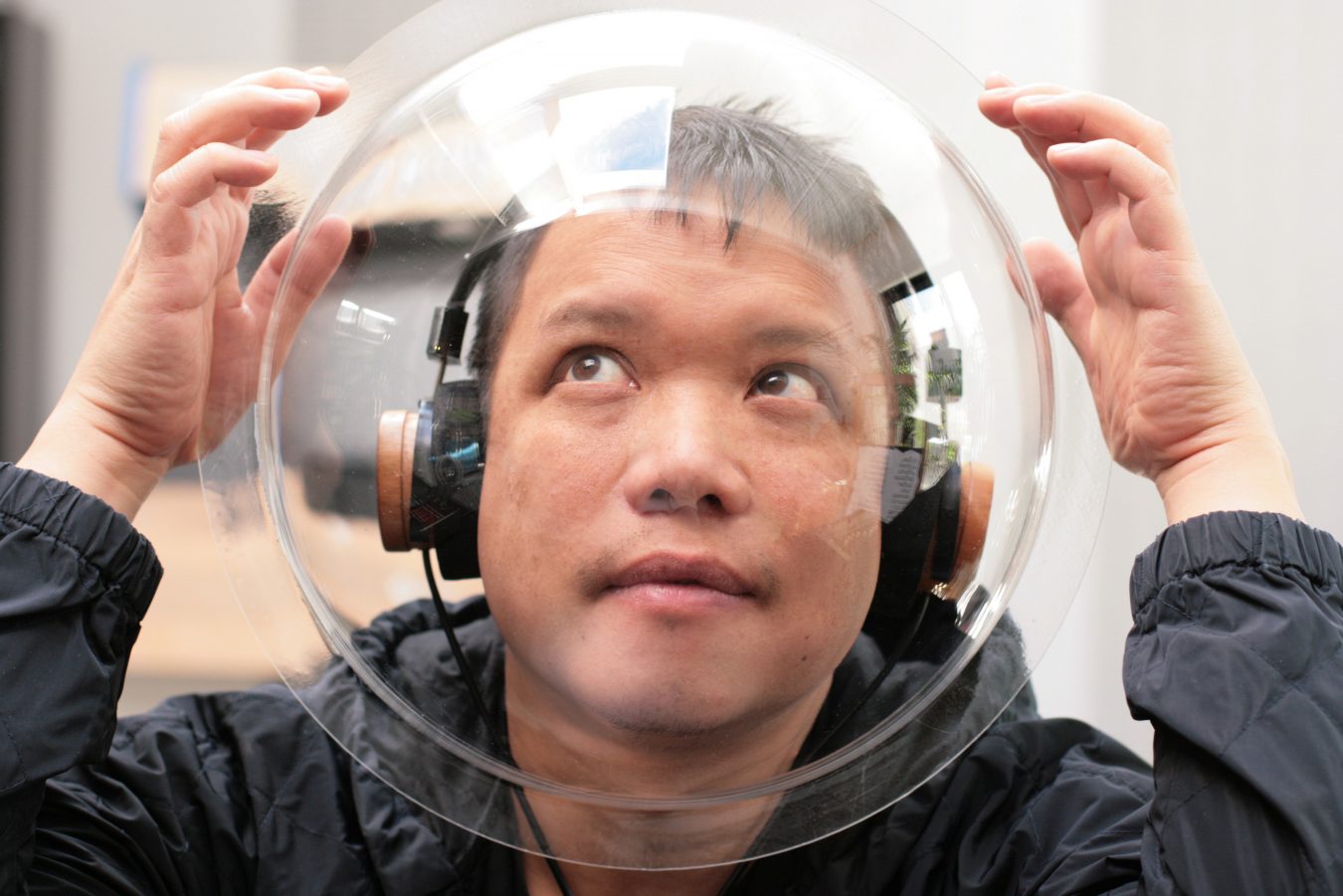 Eric San doesn’t kowtow to clichés. When the Vancouver-born, Montreal-based musician—better known by his stage name, Kid Koala—was recently crossing into the Lower Mainland from the United States, a pair of border guards mounted his tour bus looking for illegal weapons, illicit substances, and anything else reeking of rock and roll excess. Instead, they uncovered a wholesome but bizarre assemblage of stage props currently being used on the artist’s Vinyl Vaudeville tour, from a floppy-armed, magenta-tinted octopus DJ puppet, to dozens of freshly folded paper airplanes that San and the rest of his crew would later bombard the crowd with at Vancouver’s Venue nightclub. Consider blowing the minds of the border patrol a bonus perk of what San describes as the “silliest show” on earth.

“We have dancers; we have expanded the troupe to have puppeteers who operate 20-foot spiders, nine-foot ogres, dancing penguins, ostriches that play giant stage-sized drum machines, things like that,” he explains of the wide variety of flesh- or felt-made cohorts he brought along on tour. “It’s all in an effort to create some smiles up there. Not just for the audience, but for us as performers, to create something that we know just cracks us up.”

San’s illustrious career arguably started when he was a pre-teen growing up in Vancouver, scratching up Public Enemy 12-inches on his older sister’s hi-fi. His debut mixtape, Scratchcratchcratch, was produced when he was a student at McGill, while his career as an in-demand club DJ officially blew up following the release of Carpal Tunnel Syndrome in 2000. While he would go on to collaborate with the likes of Gorillaz and Del the Funkee Homosapien in the studio, the isolation of manning the decks solo across the globe eventually began to take its toll.

“I was just DJing by myself, flying to over 200 cities a year, just living in a loop, on a conveyor belt,” he says, speaking candidly before the aforementioned Vancouver show. “I love performing—I always have—but I realized that the commuting was quite lonely. It was quite uninspiring to be like, ‘Oh, I didn’t really talk to anyone today until I got to the show.’ Over the last few records and tours, I’ve made a concerted effort to collaborate.”

Dropping beats with a travelling puppet show is one way to keep connected to other artists, but San’s CV explodes with countless additional multi-media experiments. He’s helped score big-screen flicks like Baby Driver and has also crafted soundtracks for a pair of graphic novels he drew himself (2003’s Nufonia Must Fall and 2011’s Space Cadet). In 2017 he delivered Music to Draw to: Satellite, a full-length collaboration with Icelandic vocalist Emilíana Torrini; three more volumes are expected to drop via Canadian indie record label Arts & Crafts, with the next set to feature Belgian musician Trixie Whitely.

His latest left-field experiment, Floor Kids, takes two of the four pillars of hip-hop—turntablism and breakdancing—out of the street and into video games. The animated dance adventure, first issued on the Nintendo Switch last November, challenges gamers to put together perfect pop-and-lock combos. While supremely cutesy, animator Jonathan Ng’s flock of hoodie- and sneaker-wearing characters are performing real-deal moves; San likewise wanted to recreate the electric energy of an in-real-life dance battle by cooking up 42 beats that bounce from 1980s electro to forward-thinking, synth-twisting funk.

In addition to the tunes, San was tasked to write dialogue for Floor Kids. Technically, these Zen-heavy quips are all about unlocking your full potential in the game (“each new encounter will help you further your style”), but the artist acknowledges that the tips are universal. “In my delirium I wrote all these little poems that hopefully help the player be a better player within the game, but also be a better human in general,” he says with a laugh. “I’m always reading philosophical books, meditative proverbs, those types of things. It just all filters in there somehow through the lens of breaking.”

At one point in Floor Kids, the in-game narrator notes that players need to find the beat because “it will lead you to your next destination.” This has obviously been a guiding principle for San, who has hooked up his turntables for live sets, theatre productions, album sessions, and so much more. “I’m always having the most fun when I’m trying new things,” he says. “You can still take all the information you’ve learned over [your career]; it gives you another angle. For me, turntables are like that. It’s always been a chameleon of an instrument. It can sound like many different things. It can create a lot of different feels and emotions, as well as sounds. I just like to explore that.”

Find your groove with more from the Arts.