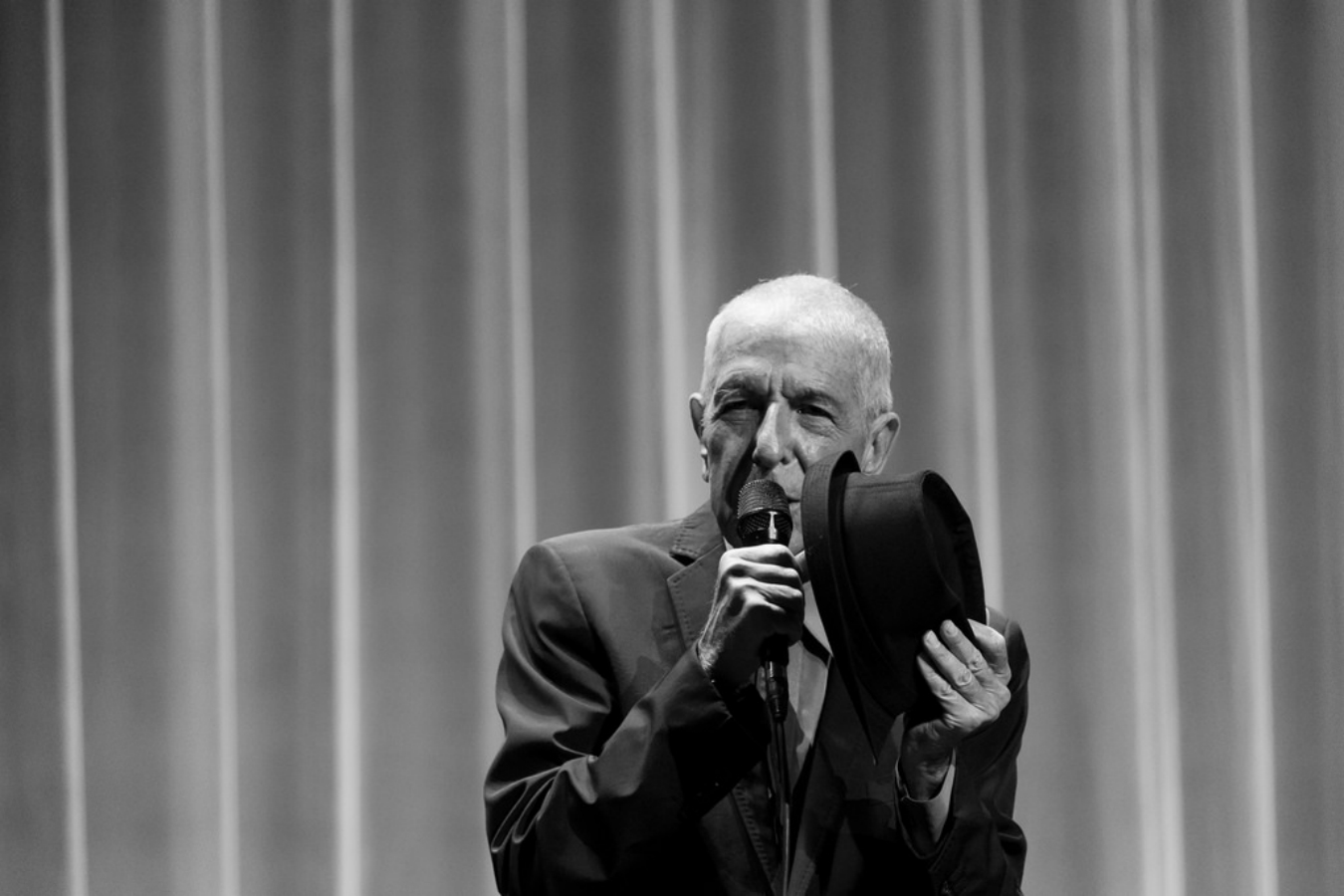 It’s hard to write about celebrity death in the age of instant everything. Usually (or, at least, hopefully), we love celebrities for punching through the canvas of social saturation. For showing us an example of individualism amidst the crowd. For using creativity to speak the truth in a world of half-truths. For forcing us to stop and think.

Leonard Cohen was a conduit. He reached into the guts of the universe, found some hidden truths, and quietly left them on the coffee table so we could all graze on the feast together and feel less alone.

I was nine years old when Cohen’s album The Future was released. It was a re-mainstreaming of an artist who everybody held dear to their hearts in theory, but who had gracefully slipped to societal back of mind. It is a great album, and it became commonplace background music, especially in Canada, but I didn’t truly understand Cohen’s otherworldly gift until hearing his words through the interpretation of another artist (as has become a longstanding tradition). In my case, and I’m not alone, that artist was Jeff Buckley, who helped make “Hallelujah” Cohen’s most famous song—so famous that he eventually asked the world to stop singing it.

Cohen’s own body of recordings elicits swoons, sighs of relief, and quiet contemplation, but also smirks, jeers, and endless discussions about the delivering of content versus the content itself. One listener’s favourite Cohen recording is another’s lightning rod for pejoratives. What one sees as cheesy or dated, another sees as integral and vulnerable and raw. Unintended irony is beautiful because it reveals the inadvertent cynicism of the listener.

But production choices aside, the lyrics never fail to describe something in such vagueness and in such detail simultaneously. Cohen was a wordy writer, but always allowed important pauses in the music that permitted you to reflect on what was just conveyed. The lyrics live beyond his interpretation because they belong to us all, deep in that part of ourselves where we can’t quite articulate something about our own experience as well as somebody else can. And so, they live again through countless recantings by other singers, and they don’t lose gravitas. In some cases, they even gain some.

As a songwriter, listening to the work of Cohen is both inspiring and devastatingly humbling. And maybe that’s the point. Life is both of those things, and life is what we’re supposed to write about. My (ongoing) education regarding Cohen has been a long, slow process. I lost my mind to “Songs from A Room” only in recent years, rather than when I probably should have: as a teenager. Back then, I was listening to things that other teenagers listened to, and Cohen had not yet entered the most recent period of his career when he was re-introduced to a whole new batch of youth.

What I’m referring to is the moment when, right before death, a timelessly insightful and important cultural icon becomes a cornerstone talking-point among hungry young minds who, fed up with the perceived vapidity surrounding them, seek refuge in works from the past that can be re-discovered with the same fervor as was initially granted to them. Johnny Cash exploded in popularity in the years prior to his passing. The older generation goes, “See? Do you young people see what’s missing today?” and the young people go, “I’ve always loved Johnny Cash.”

Cohen’s songs are his legacy, but part of the reason we feel so strongly about that legacy is that he himself was such a quiet celebrity. Ambivalence to the pedestal makes us want to lift the pedestal even higher. Nothing excites the zeitgeist like the myth of the celebrity who spends a decade in silent solitude at a monastery, far away from the centre, where life has a more honest resonance than we in the rat race have learned to expect.

So here is what I hope. I hope that Cohen’s death, or Bowie’s death, or Prince’s death, or anybody’s death at all, solicits a moment of pause. You can keep it for yourself; you need not share it with anybody. May you embrace the stillness. May you revel in the beautiful absurdity of existence. May you sit alone, in a room, where you can hear the bells ringing, where you can see the cracks in everything and the light peeking through. May you hear the secret chord. Perhaps, in that moment, you will feel a cold and broken hallelujah that belongs just to you.

This article from our archives was originally published on December 8, 2016. Read more music stories.