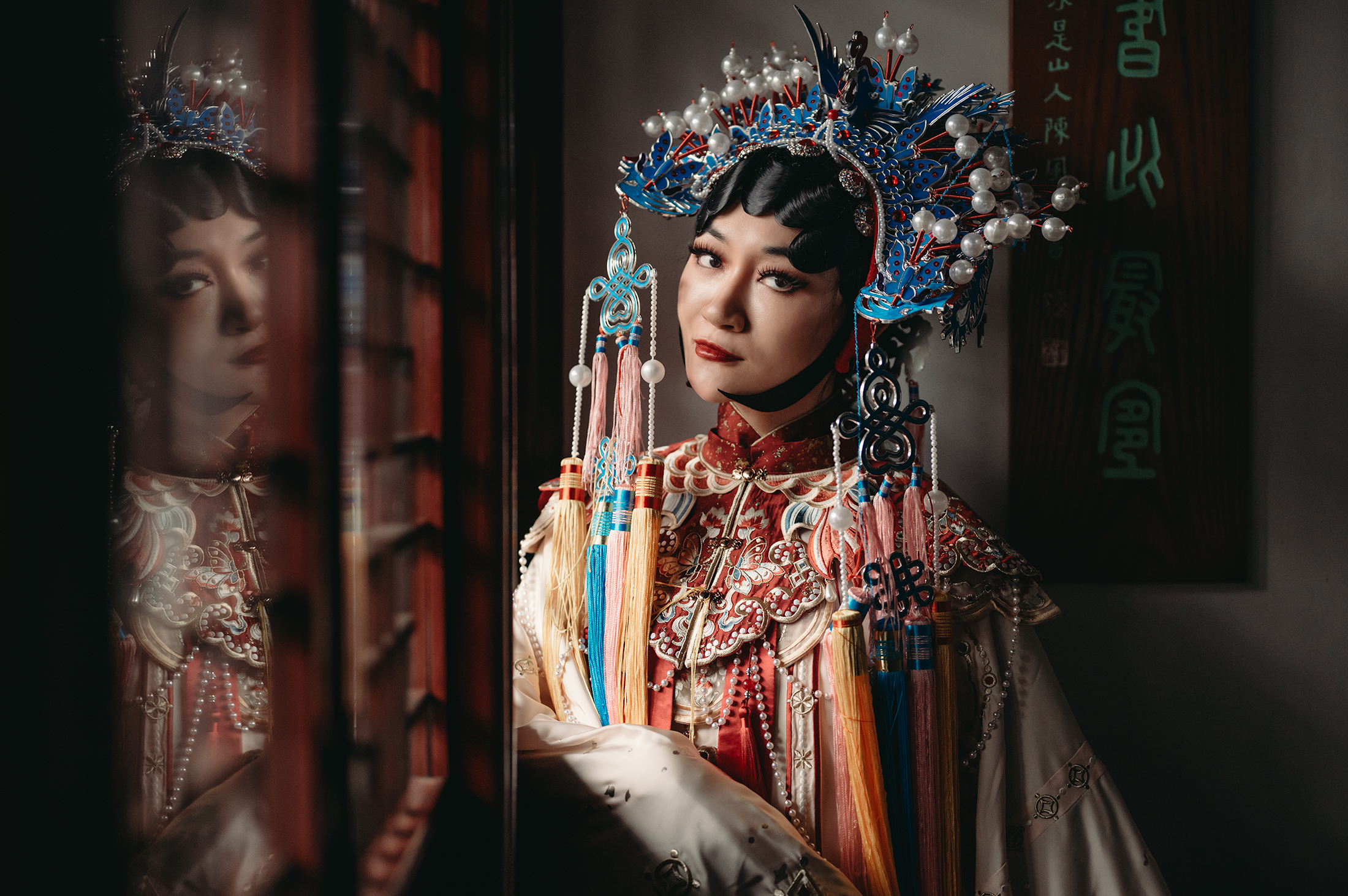 Iron Widow is a hard book to describe to someone who hasn’t read it. In your own words, how would you explain your book?

I would just call it a sci-fi reimagining of China’s only female emperor, with giant mechas that are based on Chinese mythological creatures.

I’ve heard a few descriptions of Iron Widow as this-meets-that, like Pacific Rim meets A Handmaid’s Tale. And it definitely has this open-source, meme, mashup-culture genre. How did you go about pulling all those things together?

It was all very chaotic in my head. My tastes in media are so diverse⁠—I basically have the tastes of a 60-year-old Chinese auntie and a nine-year-old Japanese boy. Iron Widow is very much anime, specifically shonen anime, meets Chinese harem dramas. It’s a culmination of everything I like mashed into one book. 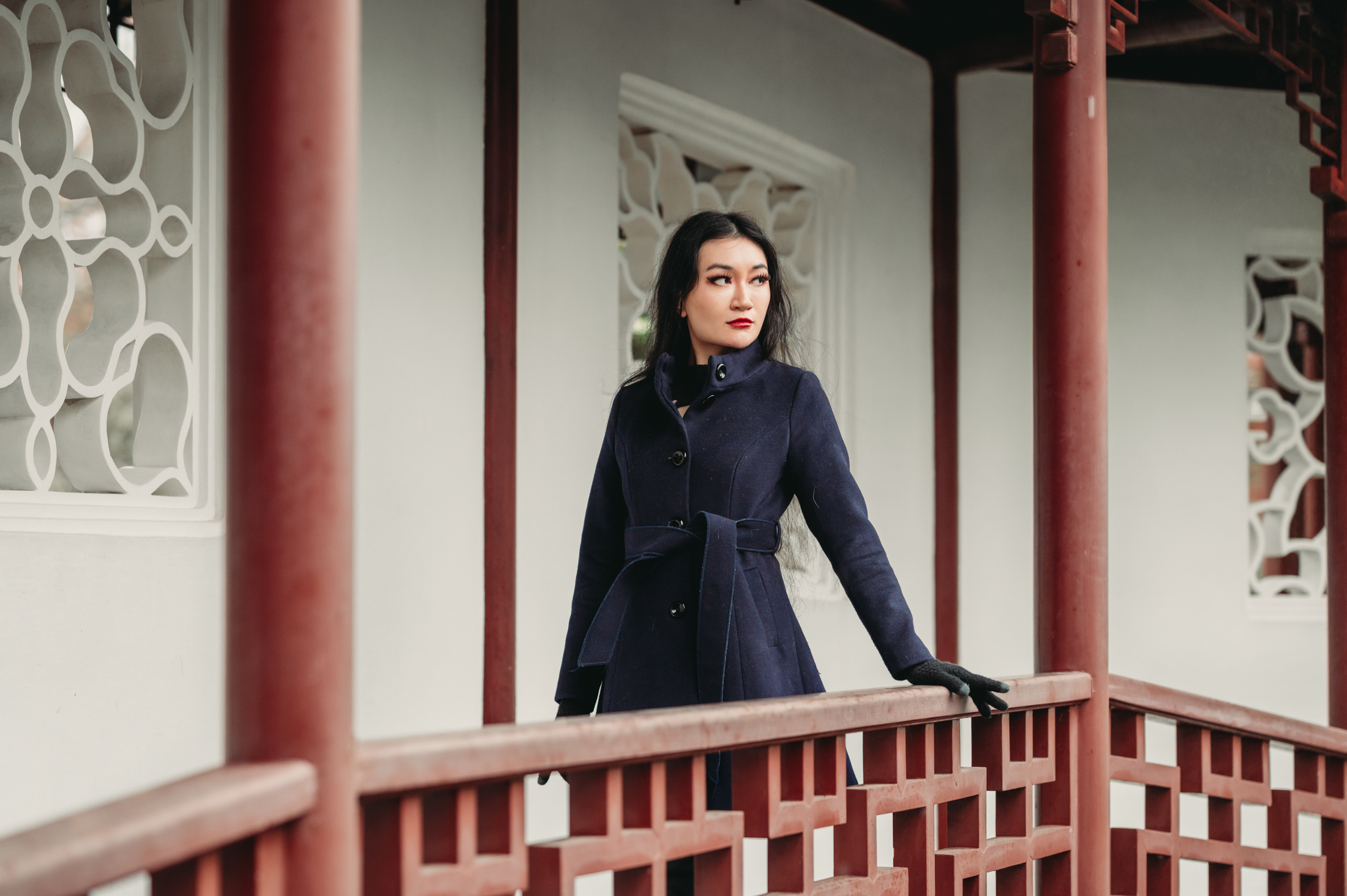 How did you get into those things?

Since childhood. Since I was a kid I loved shonen anime, and my Chinese family would always have harem dramas playing in the background. And I loved those because they always had pretty costumes and scheming women.

You developed this internet fan base for yourself in a bit of a complex way. Can you tell the story of how your internet fame happened?

It was a completely unexpected thing, but I don’t think it’s too complicated. I was on Twitter where I used to do threads about Chinese history⁠—just fun facts. Then when the 2020 Mulan movie came out, I did a live reaction to it, and that live reaction thread went viral. Then I thought, “You know, I have so much more to say about this movie, I can’t fit it on Twitter.” So I recorded a video of myself roasting this movie. I uploaded it on YouTube⁠—I think I made the account 10 minutes before I uploaded it⁠—and then I threw the video on there and just left. And three days later, someone told me that my video had 100,000 views. And I was like, “what?!” And now it has almost three million views. That was just too big a response for me to ignore, so I kept making videos, and people kept watching them. So I just do that now. 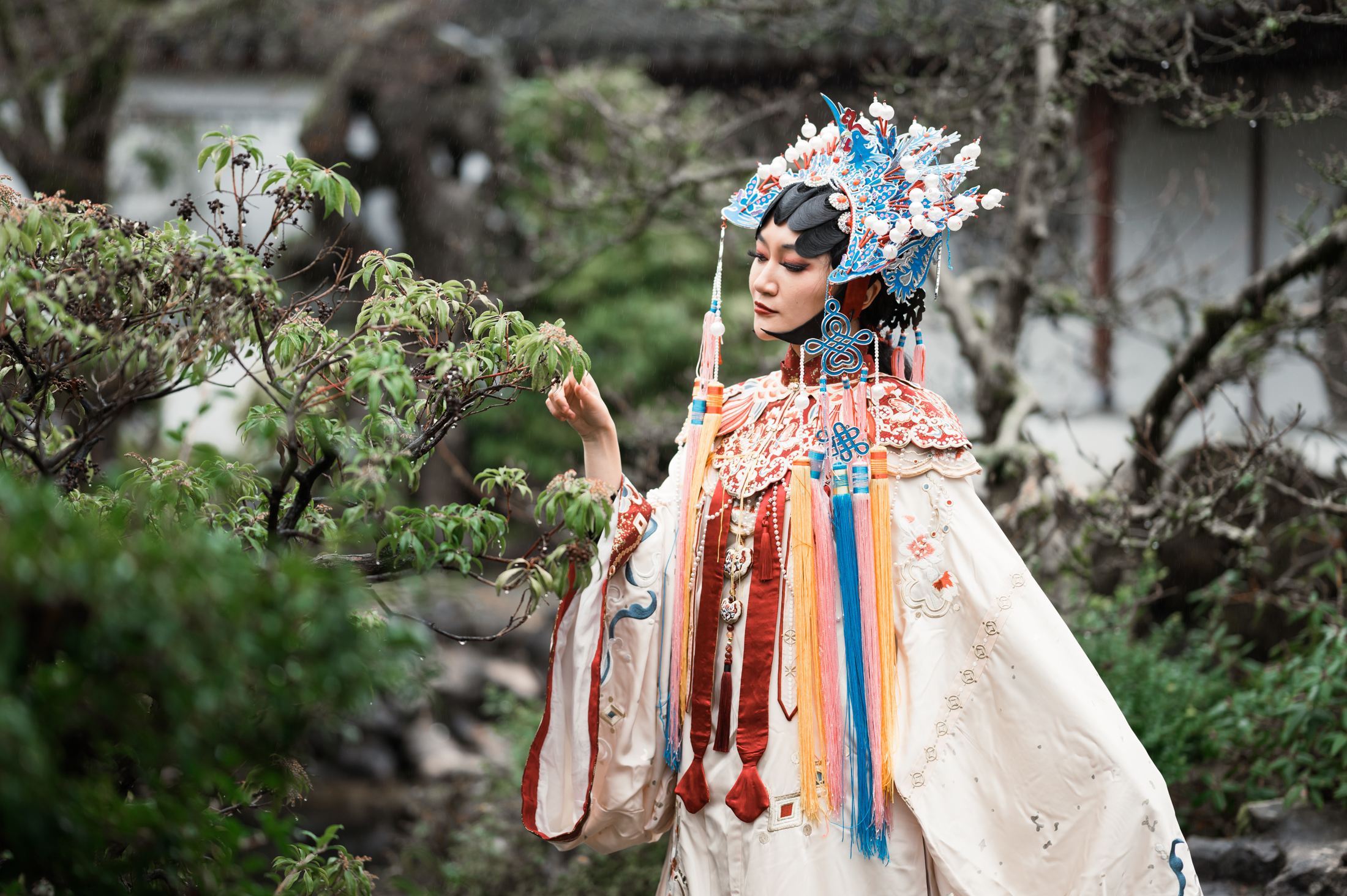 And how did you get from critiquing movies on YouTube to writing this book?

I actually wrote the book, and got the book deal, a year before I ever touched YouTube. I sold the book in January of 2020, just as Coronavirus was falling into place. And my YouTube channel didn’t happen until September of 2020. When I was making my videos, I was also saying, “Hey, I’m also an author, so if you like the stuff I talk about, Chinese history and culture and mythology, I wrote this book!” And now it’s a best-seller, which is mind blowing. 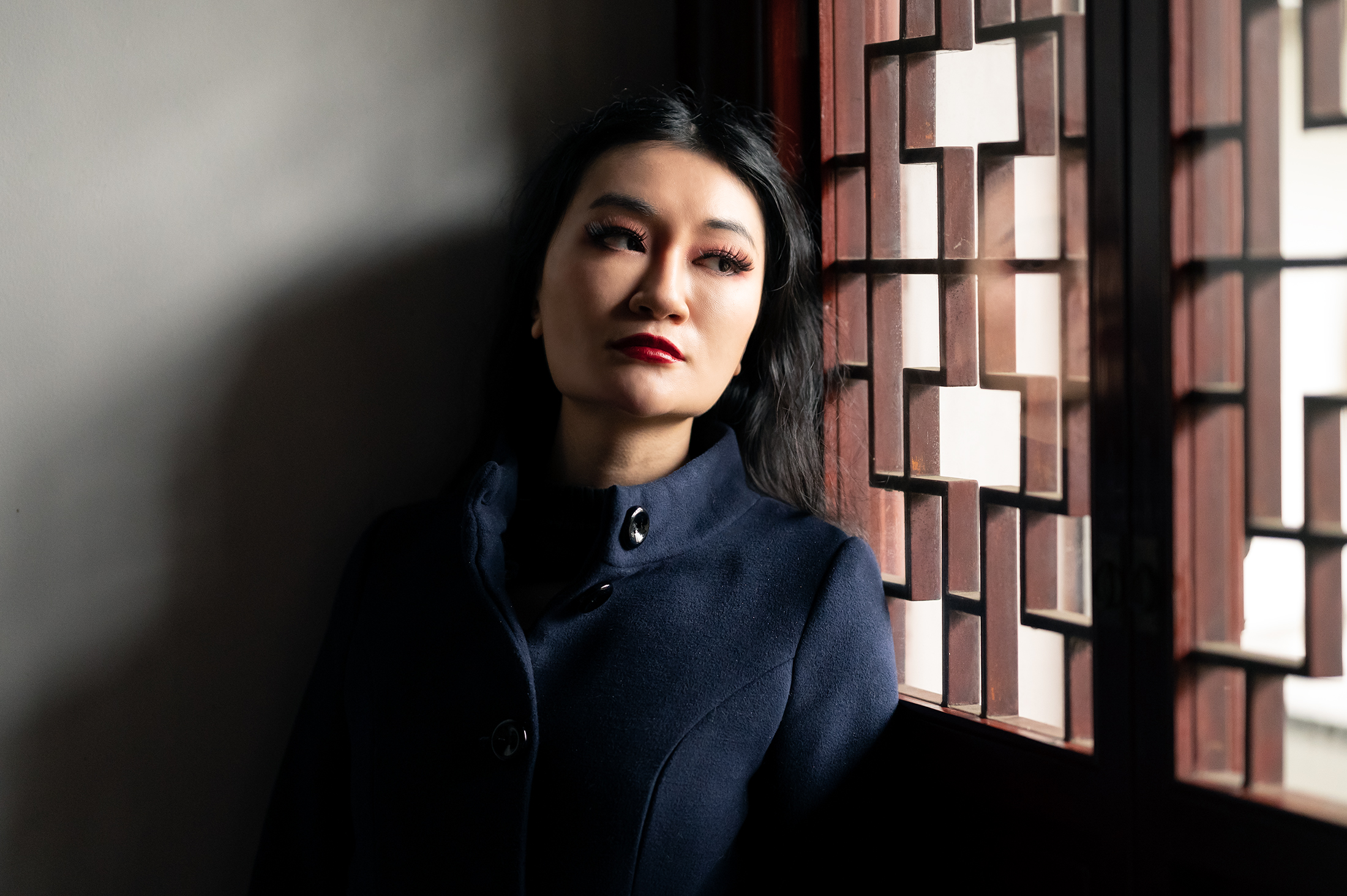 So it was just synchronicity. Are there connections, do you think, between what you were writing and thinking about in the book and what you were talking about on YouTube?

Oh, yeah, for sure. On YouTube I was talking about myth, history, and culture, and my first few videos focused on critiquing media that is inspired by Chinese culture but is made by Westerners. I would go in and show what they did that is correct, and what is blatantly wrong, like writing Chinese characters horizontally across a bamboo scroll. And people found that interesting, because they got to learn about the culture from an actual Chinese person.

You do this thing in the book where almost every character in the book is a Chinese literary or historical character, like little Easter eggs. Who was that for? 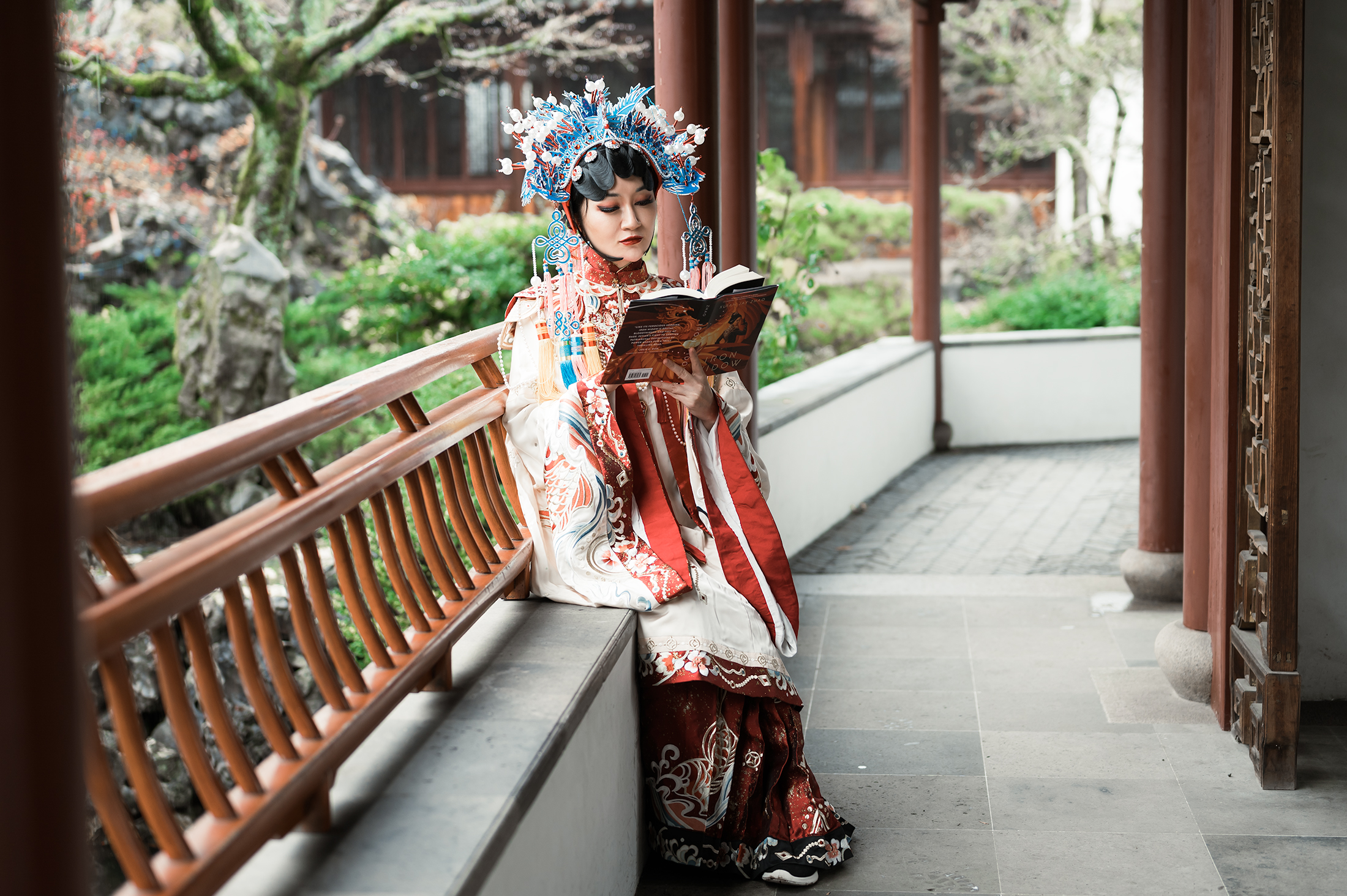 So your narrator, Wu Zetian, is this person who is blindingly aware of all the injustice in her world and is angry and incredulous that nobody else sees it. What were you drawing on to create that character?

My own experiences and my own rage against the patriarchy. My family isn’t that traditional, but they also have a sense of gender roles and have tried to push me into it. Ever since I was very young, I’ve rebelled against that, and now I realize that’s because I’m nonbinary. But I drew on a lot of that anger.

Can you tell me about what you found interesting and compelling about Wu Zetian as a historical figure that made you want to put her into your story?

There was no single woman in Chinese history who rose higher than her. I just imagined what would happen if she was born into this world that was patriarchal and had this gendered system of pilots for mechas. I found her so fascinating because she was able to do what no other woman had done or would do after her. She became emperor in her own right, and that’s just incredible. I studied her history and saw all these ways that she managed to grab power for herself. It was really inspiring. She’s a symbol of women rebelling against Confucian patriarchy. 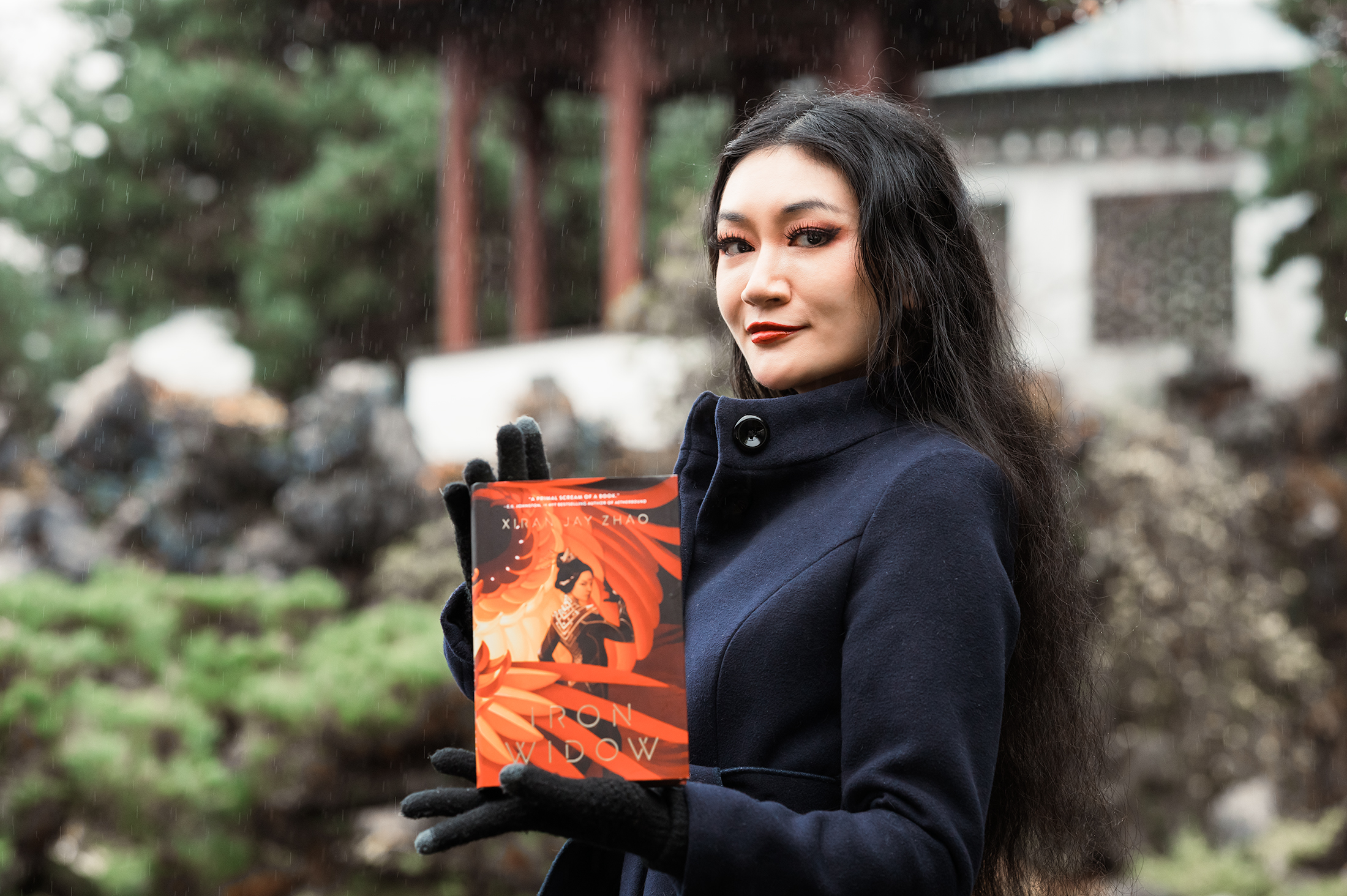 The other character I wanted to ask you about was Liu Shimin, who’s another historical drop-in. He starts out as this really unsympathetic and murderous character, and as we go on, he becomes much more complicated and ambiguous. What kind of picture were you trying to paint with that character?

He was adding some intersectionality. The patriarchy ultimately doesn’t benefit men, especially racialized men like Shimin. In history, the Tang emperors were of mixed ethnicity. They weren’t exclusively of the dominant Han; they were part nomad Xianbei. So I imagine that if he were dropped into this world, he would also suffer a lot under Han supremacist patriarchy. He’s an ethnic minority, and so his masculine traits suddenly become a threat. He’s punished for being masculine, and he’s feared. 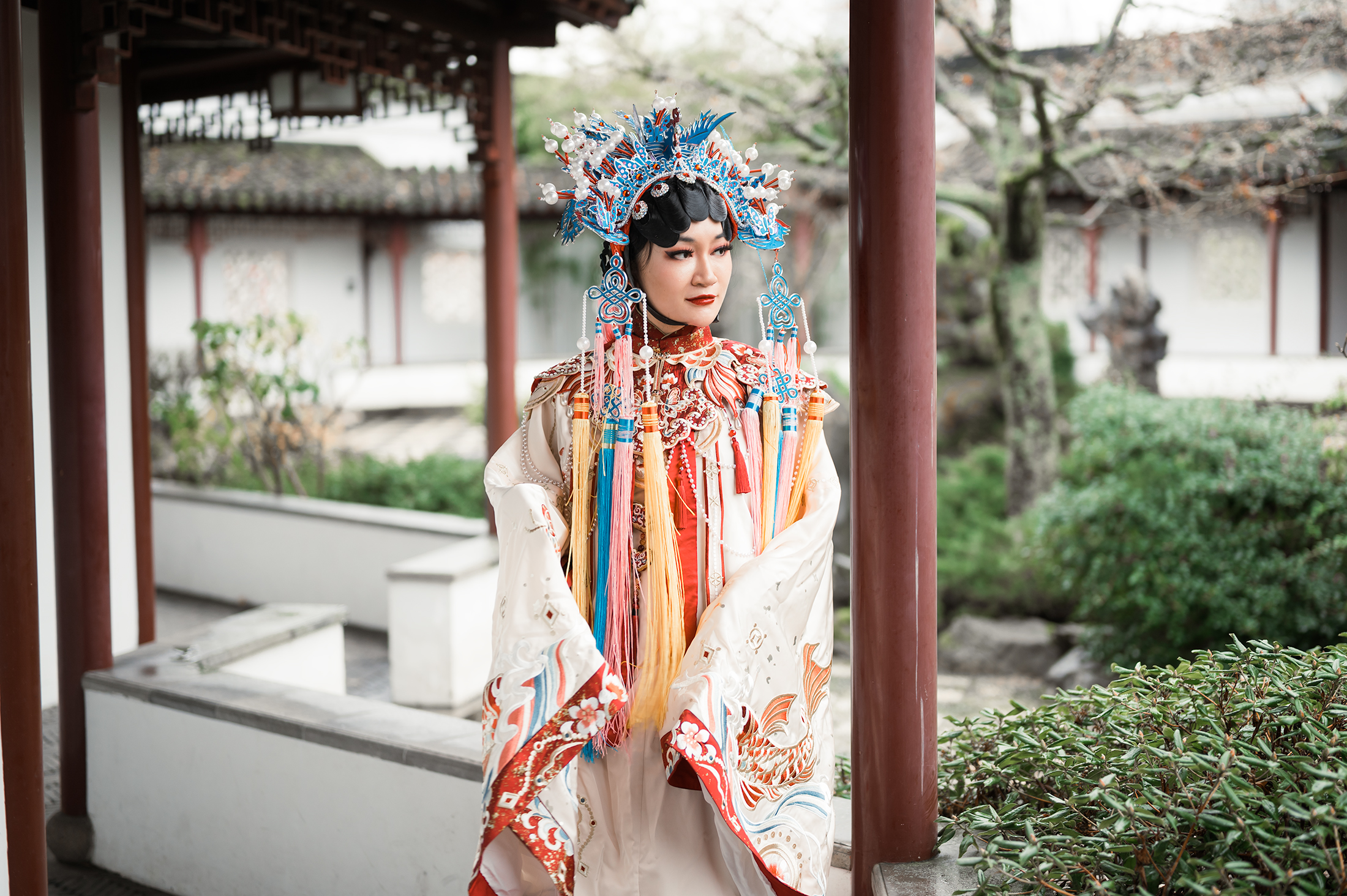 There’s a moment where the second love-interest, Yizhi, tells Zetian that if she were a boy, she would be ruling the world. And she replies that she’d still have to be the right kind of boy. And that’s her recognizing that minority men suffer under the patriarchy too.

So I guess Yizhi in this triangle is someone who’s born into the peak of privilege.

Yeah, but in book two I’m going to reveal more of his back story, and his life won’t be as glamorous as it seems. He does have his moments where he’s so privileged that he’s blind to his actions, and Zetian has to step in. His life isn’t that great either, but he does use his privilege to help as much as he can.

And where are you going from here? Do you know where the arc of this story is going?

Oh, yes. I won’t say the exact number, but there will be a sequel. 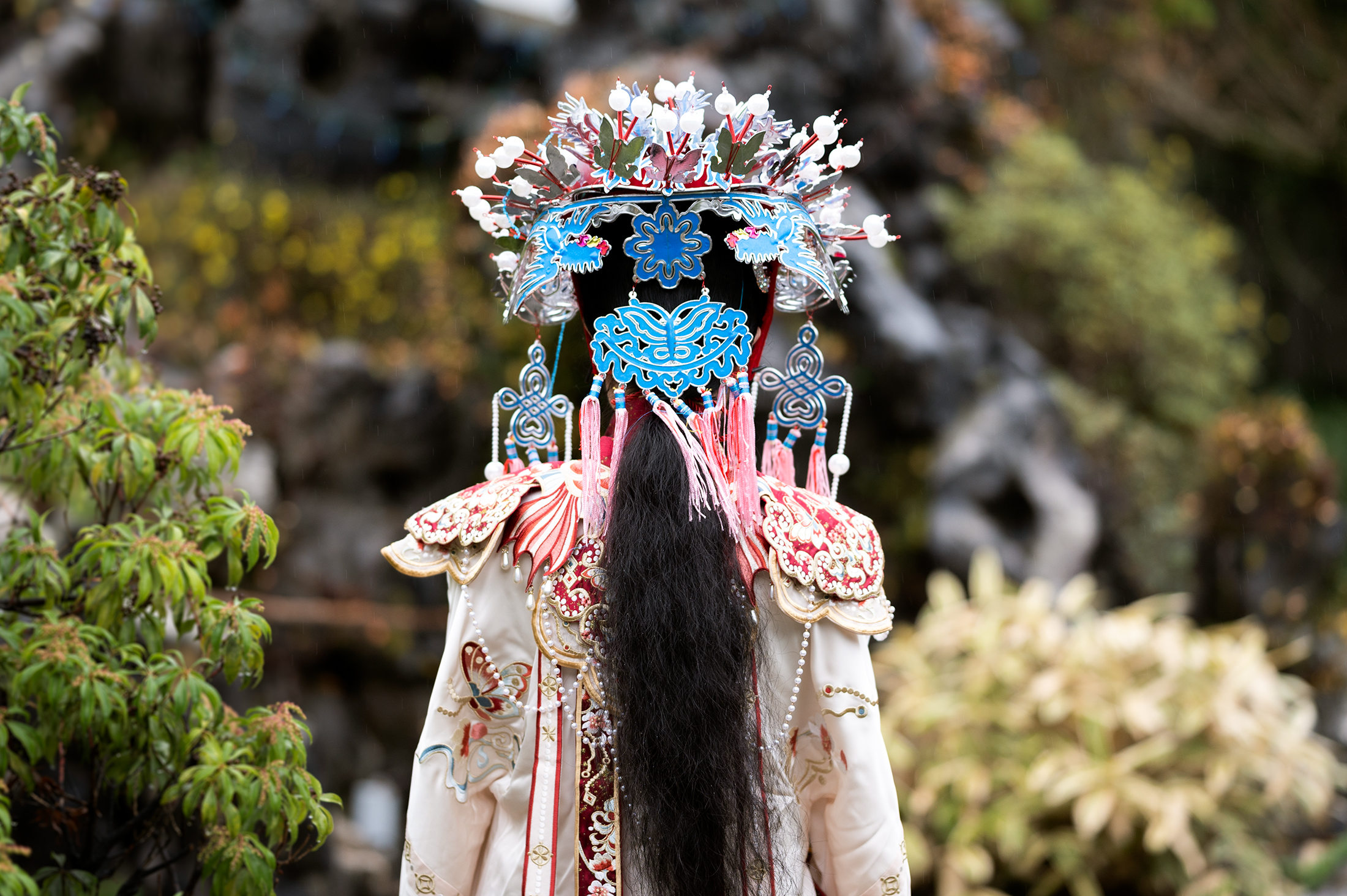