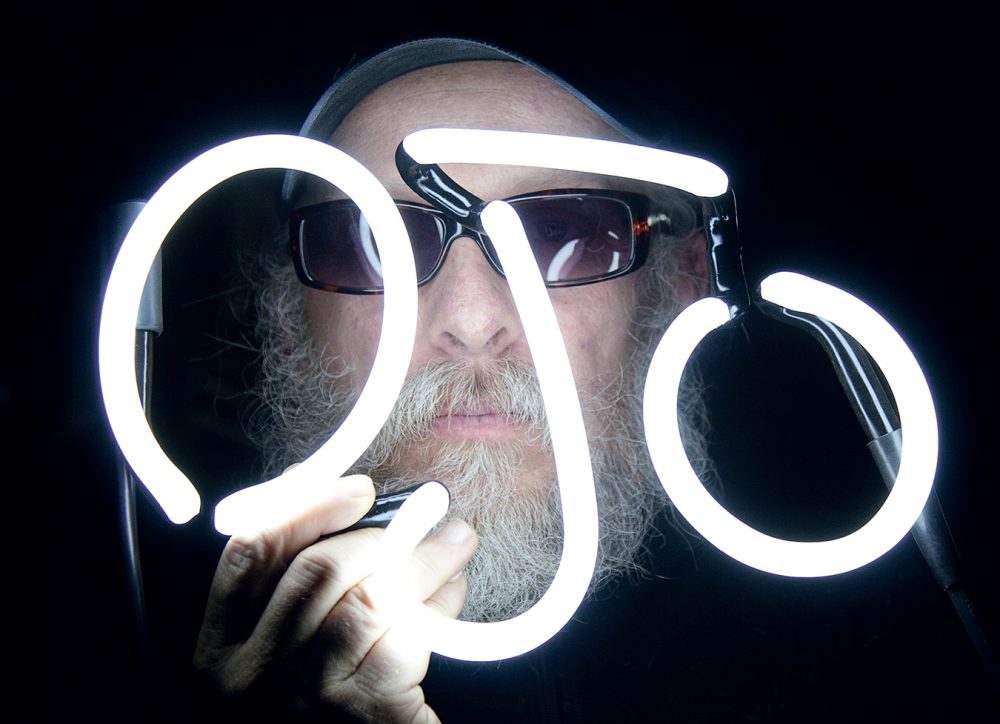 It’s hard to imagine a job that sounds cooler than the one on Rob Gillette’s business card: light bender. That’s not a job—more like something out of a science-fiction movie; an idea Spielberg or Lucas might make a blockbuster out of.

In truth, Rob Gillette is a craftsman: the designer and creator of thousands of neon signs between here and his native California. He is also something of an anachronism, one of the last few light tube benders to ply the trade, a throwback to an age when the language of commerce was spoken in flashes and blinks of bright, garish colours high above the sidewalk.

“I’m the last dog in the kennel,” Gillette says with a chuckle. As he explains, changing tastes, environmental concerns, and the advent of cheap LED lighting have made neon signs all but obsolete, relics destined for the museum (or junkyard) rather than the streetscape. “There’s nobody learning this anymore. There are no more schools.” 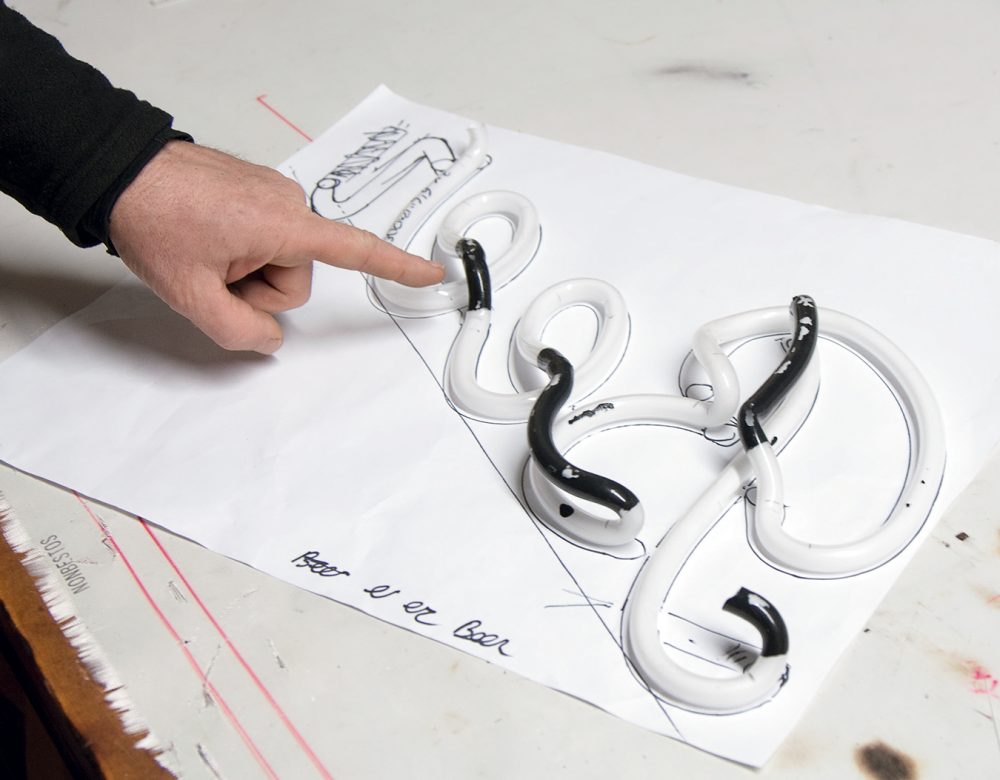 It wasn’t always this way. Thirty years ago, Gillette had plenty of work, crafting signs for businesses of all kinds. “I was easily employed from day one,” he reminisces. “Before the advent of LED, maintenance was only about 20 per cent of your business. Now it’s the majority of what I do.”

Not that that’s necessarily bad news. While neon signs are still part of the commercial landscape—witness Metrotown in Burnaby and the International Village in Vancouver’s Chinatown, for example—these days, Gillette earns his living not by creating new signs, but by keeping old ones alive for a few more years. He was recently among the small team of highly specialized light tube benders that worked to bring historic neon signs back to life for the Museum of Vancouver’s current exhibition, “Neon Vancouver/Ugly Vancouver”. “We’re not just getting the sign to light up. We’re taking it to the level where these units can possibly last for decades,” he says.

Watching Gillette at work, you begin to understand that while bending light sounds cool, it is anything but easy. Every piece he makes requires Gillette to wear several hats: glass-blower, electrician, chemist, artist. It’s meticulous work, best suited to those who can maintain focus. “This is the kind of job that requires extreme concentration,” Gillette says. “As much concentration as a surgeon doing his thing. If your concentration varies minutely for just a second, you can make grave mistakes.” 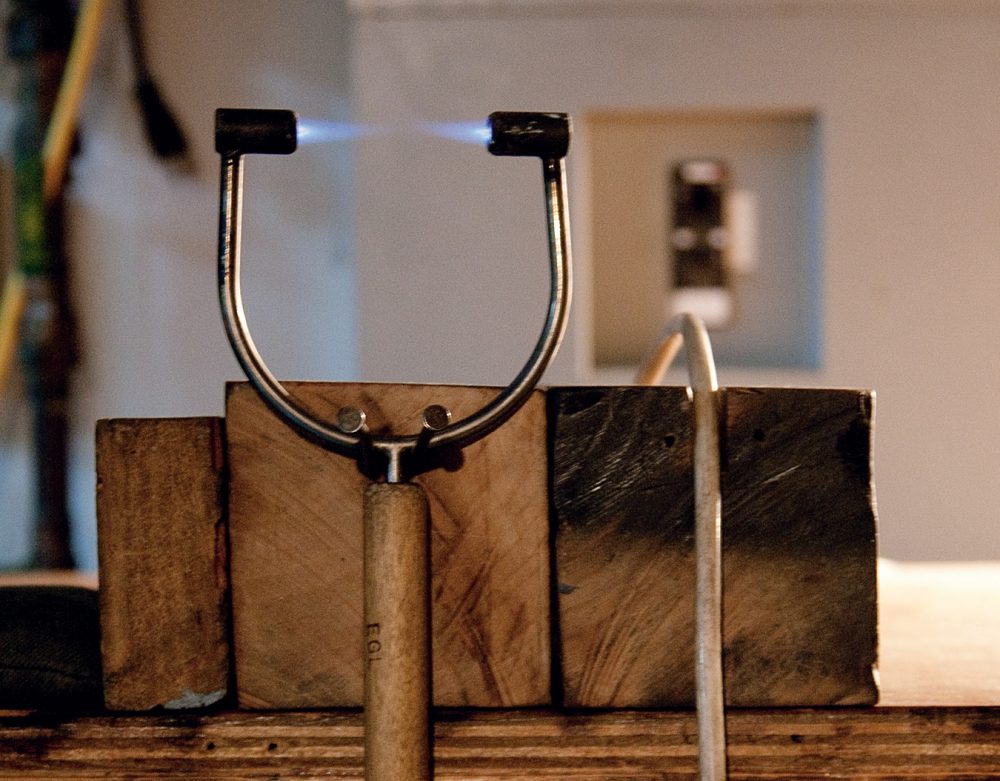 The strange combination of art, science, and commerce makes light tube bending unique among the trades. “It’s a very metaphysical trade,” muses Gillette. “You’re basically playing with the same properties and dynamics and physics and laws as lightning.” As he points out, energizing gas, creating light from nothingness, bending matter to one’s will—it isn’t all that different from creating a universe. “It’s the same as this,” Gillette says with an almost Promethean enthusiasm as he indicates to the glass tube on his work table, “except you have it encased. You’re actually making these mini–big bangs all the time with this neon.”

While some look upon his medium and see visual pollution and urban decay, Gillette sees craft, beauty, and life. “I would love to see neon up and down the street,” he says. Not because neon signs are high art, but because they aren’t. “Neon is a very cartoonish art form. Most people, when they see neon, it almost makes them laugh or smile or giggle. That’s the charm of it for me.”

This story from our archives was originally published on March 19, 2012. Rob Gillette is now training a new generation at Electric Glass Company. Read more stories on the Arts.