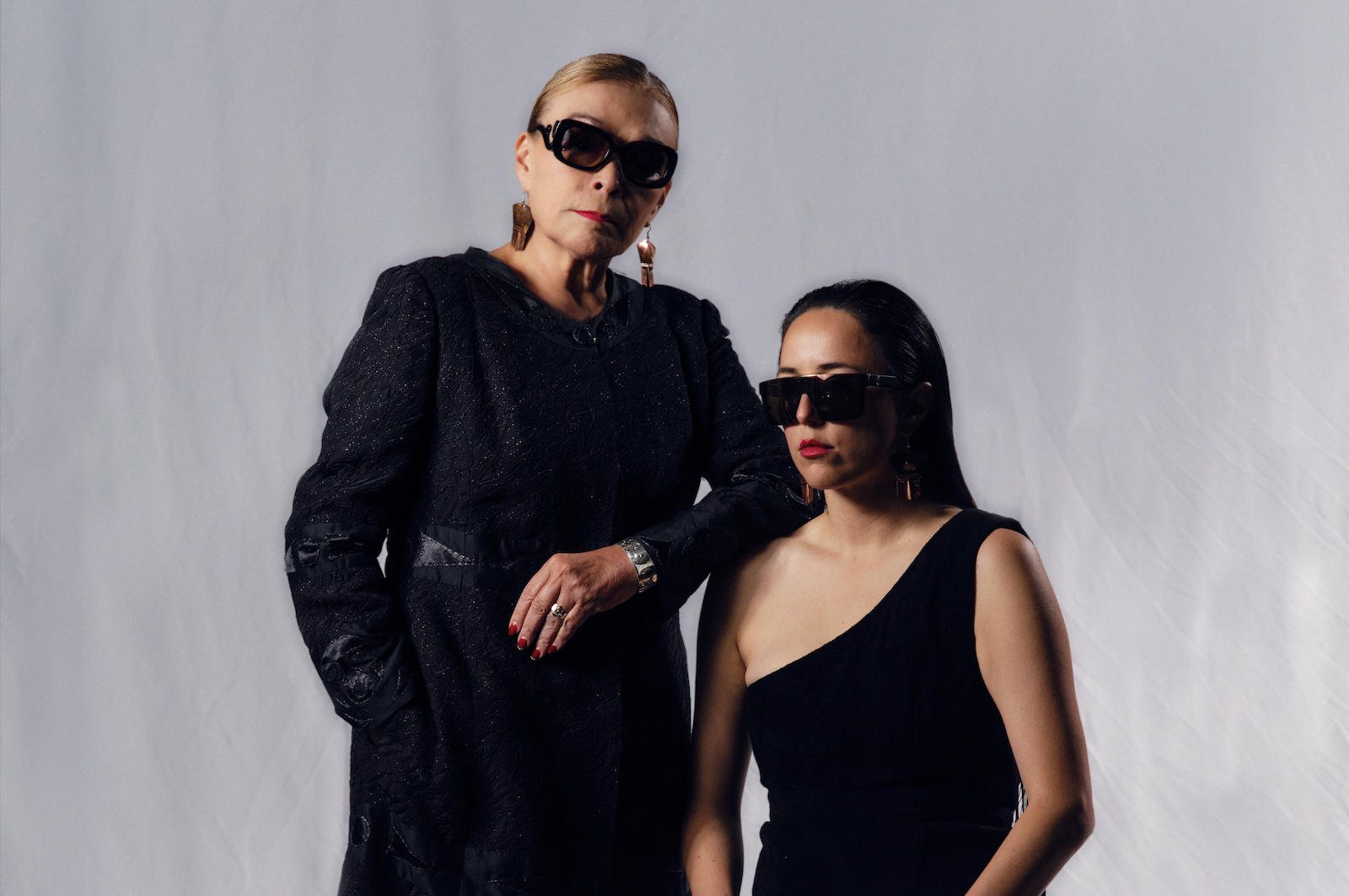 When Joleen Mitton asked her mentor, Pam Baker, to co-produce this year’s Vancouver Indigenous Fashion Week (VIFW) and told her its theme, she knew Baker would be on board. “It’s what she’s been doing forever,” says Mitton, who is Plains Cree and Dane-zaa and also the founder of VIFW. The theme? “Mentorship, and passing down joy instead of trauma,” Mitton says. “With all the death we’ve had, I want to centre joy.”

Baker is a fashion icon, having worked in the industry since the 1980s, earning a BFA in fashion design in 1998. She now owns the Touch of Culture and Copperknot Jewelry brands and works with Roz Stanton designing metal art, and she was one of just three 2010 Olympics designers chosen to create regalia for Squamish representatives for the opening ceremony.

She has a long history working in runway shows too. “I was coordinating fashion shows in 1986 in Indianapolis, and then I came home [to Vancouver] and started coordinating fashion shows to build self-esteem in our young girls in our Nation, and now it’s been nearly 40 years,” says Baker, whose traditional Indigenous name is Himikalas. She is of Squamish ancestry on her father’s side, and Musqamaqw Dzawada’enuxw, Kwaguilth, Tlingit, and Haida on her mother’s side. Both parents went through the residential school system but, she says, “They were always so positive. I was lucky to have parents who were wanting to move forward yet still support their communities.” 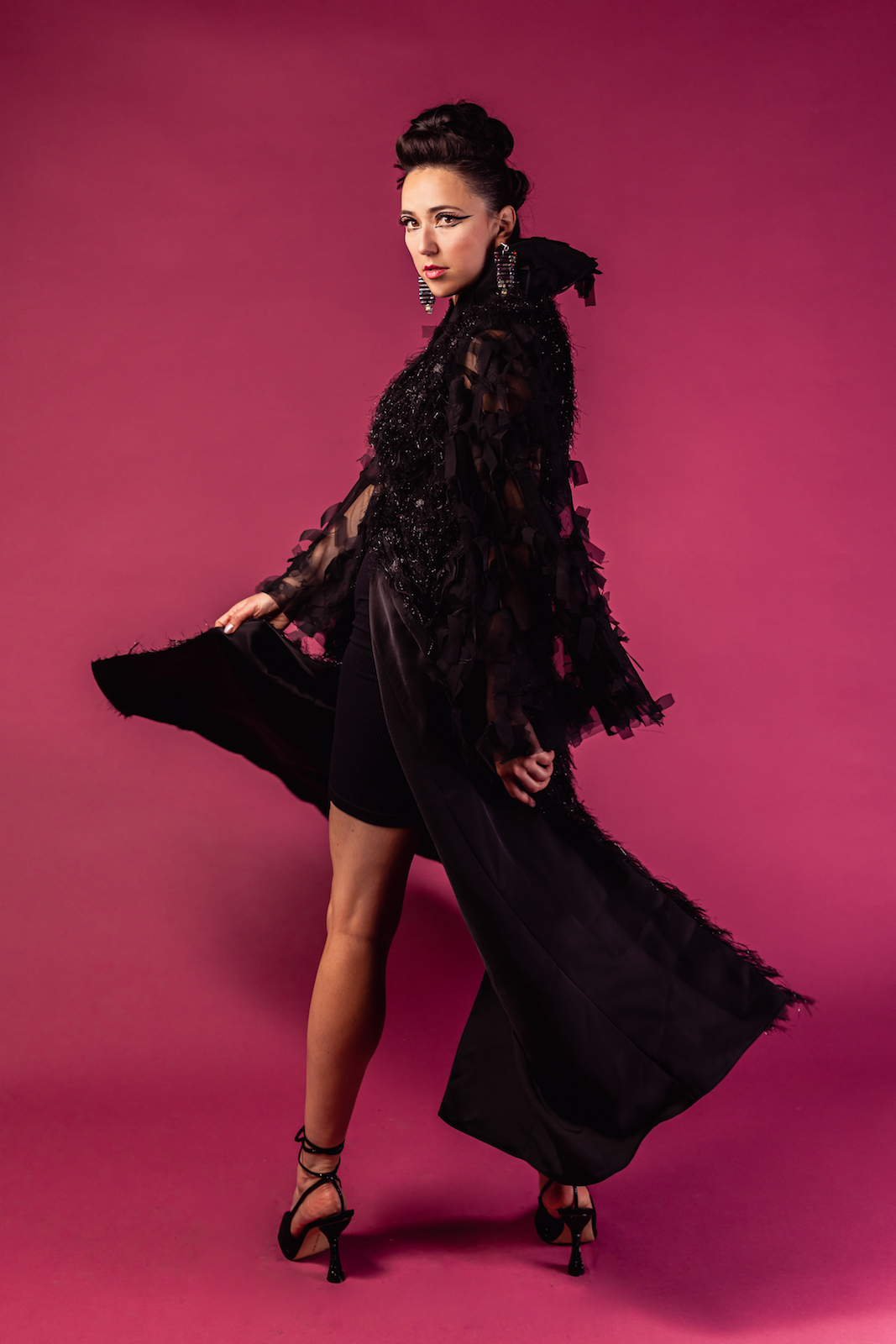 Joleen Mitton in a design by Pam Baker. Photo by Tira Howard Photography.

Baker also owned a fashion school for several years and is a basketball coach—she and Mitton met through the All Native Basketball Tournament. Education and mentorship are in her DNA. “Mentorship has always been really important in our Nations or Tribes,” she says. “Before contact, everyone played a role. For instance they were trained to be a weaver or build the homes, to hunt and fish. You all had a role and were mentored by your grandfather or father or mother, depending on what trade you were involved in. I’ve been involved in potlatch and traditions since I was eight years old, in my mom’s tribe, which was Musqamaqw Dzawada’enuxw/Kwaguilth, and I was fortunate to have that training and learn the protocols and teaching.”

Passing on her knowledge is why Baker chose to become more involved in this year’s VIFW, which is the third event—she showed her designs in the first two, which took place in 2017 and 2019. The other factor that motivated her to jump in with both feet this time was her friendship with Mitton.

“Having to do VIFW, spearheading it by myself was just—wow,” says Mitton. “Even though I do have a team and Elders involved, we needed someone at the head of the house—a matriarch. I’m honestly an urban Indian. My mom is a survivor of the Sixties Scoop. Having that strong female lead hasn’t really been much of a thing for me.”

When the word “intergenerational” is used in connection with Indigenous people, it’s usually coupled with “trauma.” That’s something Mitton and Baker would like to see change, and for VIFW to be part of. “It would be key to rephrase how that word is used one day. Like our future generations will be able to change for growth—especially under mentorship,” Baker says.

“The last two fashion weeks I’ve participated in brought the crowd and the individuals attending joy and hope, and the creativity of each of the designers impacts them. They’re like, ‘Wow, this is taking our ways and teachings and making them exciting and fun.’ It’s exciting for people, especially youth, to see First Nations models and First Nations designers. It’s going to uplift the communities. That’s one of my main feelings. It’s something for everyone to take joy from.”

This year’s VIFW involves 32 Indigenous designers showing new collections, with 40 Indigenous artisans selling authentic handcrafted goods. Also on the roster are musical performances by artists including Snotty Nose Rez Kids and DJ Kookum. The models are all from Supernaturals, the agency Mitton co-founded with Patrick Shannon to bring Indigenous models to the international stage. “VIFW is super relationship based—I’m trying to build a community,” Mitton says. “It’s different from the usual culture of fashion shows. Everyone knows each other. It’s more family-based, not where you just show up and leave. We are all growing and evolving as a group, a team, and a community, and welcoming settlers into the community to come enjoy with us.”

VIFW also runs a program offering Indigenous youth and young adults education in event production, and Mitton is one of the program’s mentors. “The young people need me, and I need Pam,” she says. “There is this creative spirit that is calling us to each other and to this. Creating is trying to heal ourselves, in a way. I can feel that with her too. It’s about the pursuit of Indigenous excellence, together.”

Baker will be 63 this year, and for the past 15 years she’s been vowing to quit coaching and working. “There’s always something pushing me to create,” she says. “I keep lying to myself that I’m going to take a break. But it’s fun, and it’s art. I have my one-of-a-kind and my ready-to-wear pieces. I employ people—I bring in people from my reserve and they have work. I love that I am able to pay them good money to create. So I’ll never stop.”

Mitton says she hopes VIFW will also act as a tribute to Baker. “She has been doing fashion since before I was born,” Mitton says. “VIFW was the first Indigenous fashion week, and she was a part of that. Now, having her at the head of it is cementing her legacy. It’s a chance to celebrate her and recognize the work she has done on a big scale.” 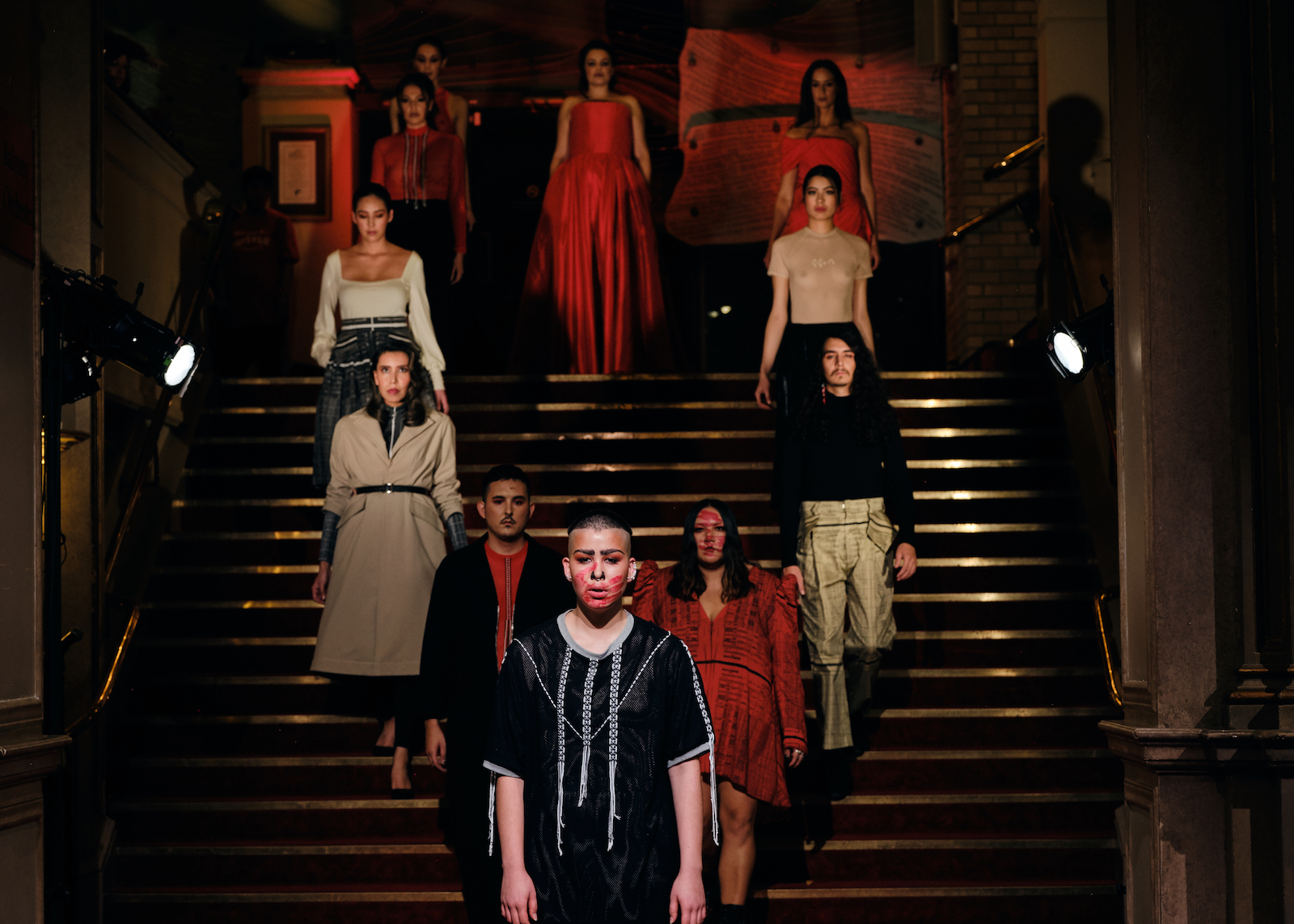 VIFW runway shows take place November 28 to December 1 at the Queen Elizabeth Theatre, and the closing party takes place December 2 at Performance Works. Baker will showcase her ready-to-wear collection in Indigenous Future on November 30 and her evening-wear collection in Spirit of the West Coast, the last fashion show of the five-day event, on December 1. Baker also participated in VIFW’s Wisdom Circle alongside other Indigenous leaders from the Musqueam, Squamish, and Tsleil-Waututh Nations. This group was created to ensure that the event centres equity by honouring the Nations’ protocols. That means the event prioritizes front-row seating for Indigenous Elders, plus there is an Indigenous Elders lounge to provide seating before each show and during intermission. The leaders have also provided guidance for how to do proper land acknowledgement at the start of the event.

Everyone is welcome to attend Vancouver Indigenous Fashion Week, see the shows, purchase from artisans, and join the community in celebration and joy.