Once infamous, now relatively obscure, the 1819 Peterloo massacre of pro-reform protesters in northern England is staged by Mike Leigh in a movie that, if nothing else, should bring some fresh light to a dark chapter in that country’s past. Writer-director Leigh can lay claim to being one of the best British filmmakers of our time. Known for his bittersweet, class-based films, he has, in the last 20 years, made forays into period-piece territory. Peterloo is a deep dive into historical drama­­—and a nosedive from the level of his previous work, the superb Mr. Turner.

The film begins and ends with Joseph, a British army bugler. We meet him in 1815, walking dazed on the fields of Waterloo, where England and its allies have just triumphed. The reward for his service is shellshock and a return to a life of deprivation in working-class Manchester. Leigh contrasts this with a £750,000 prize for the Duke of Wellington, commander of the British forces, given in Parliament. There’s an eloquent speech proposing it and, as the camera moves across the chamber, we see the wig-and-stocking set in all its pomp. Leigh clearly wants us to disdain these men—and I’m with him on that—but the scene is filmed with a fancy gloss that pushes us away from the underlying ugliness. 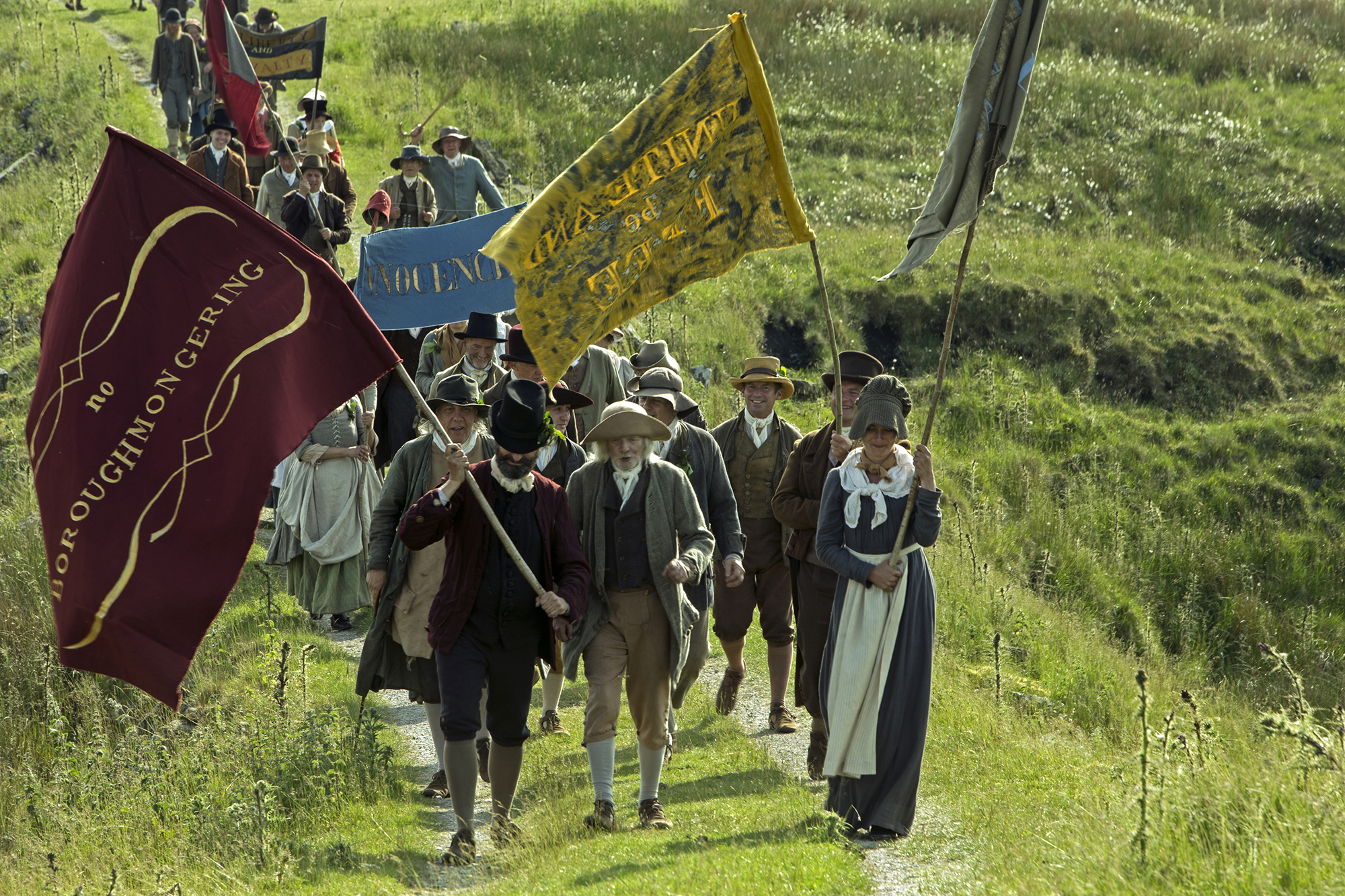 The massacre was a collision of proletarian anger and democratic activism with the ruling class. Leigh does a long build-up to the violence, with meetings, discussions and speeches galore, with both sides of the conflict viewed through the same sheen of prettiness. Whatever Leigh’s reasoning, this veneer only serves to sap the drama. The same goes for the reams of oratory: they flatten the narrative through sheer volume and all but bury fine actors like Philip Jackson and Nico Mirallegro. The main survivors are Rory Kinnear in the role of activist Henry Hunt and David Moorst as the war-shaken John, who’s a picture of confusion amid all the strident moralizing. With them, symbolism and character are balanced, and we get a glimpse of what the movie could have been had its maker only zoomed in.