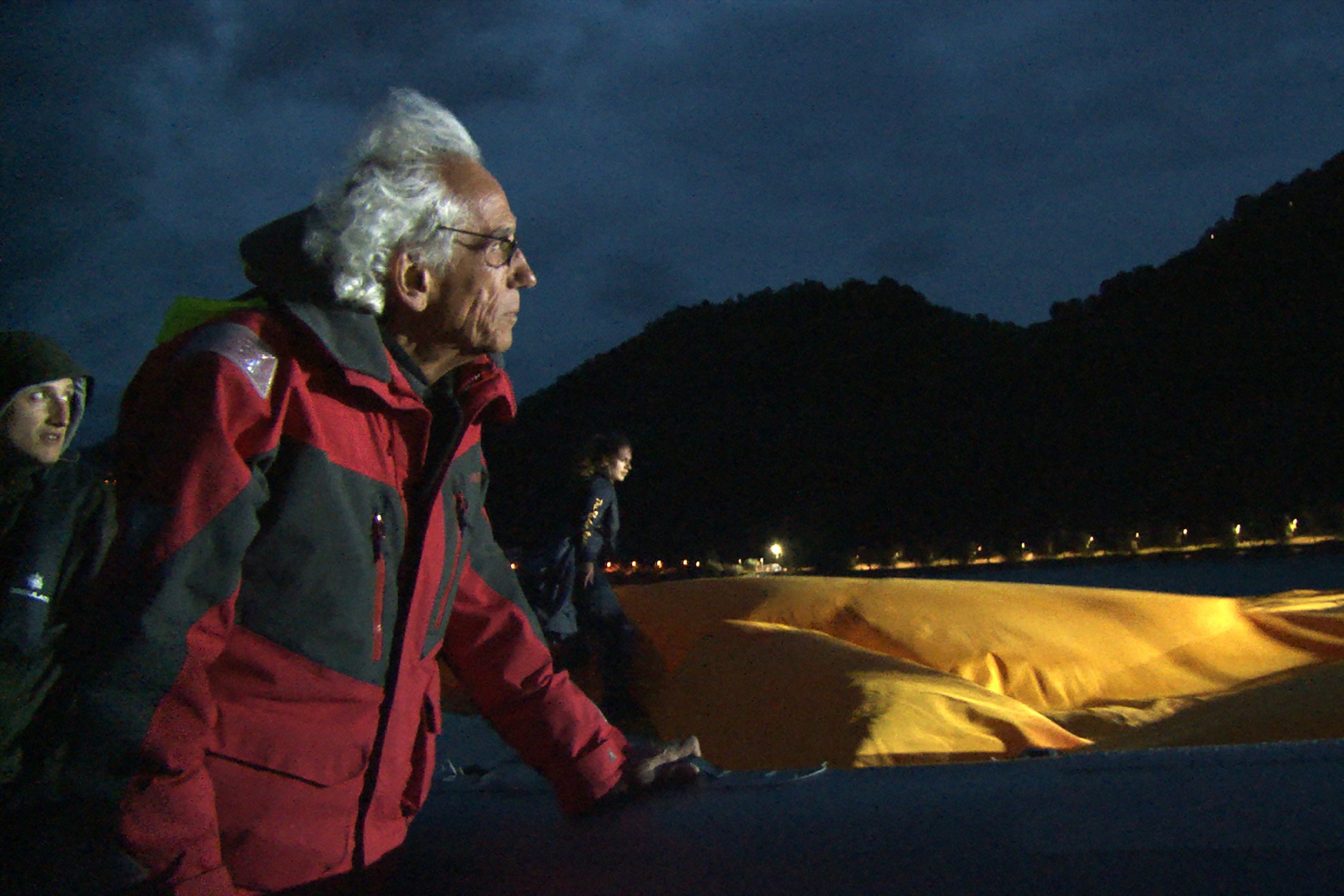 The world lost a truly innovative artist last weekend, when Christo died at age 84. In this piece from our archives, we look back at the unprecedented scale of his public art installations, and the documentary that chronicled one of those creations.

In June 2016 on Lake Iseo in Italy, a three-kilometre-long, yellow-gold coloured floating walkway—think the Yellow Brick Road by way of New Testament miracle—was opened to the public; known simply as The Floating Piers, it allowed visitors to, essentially, walk on water.

The installation was the work of world-renowned, Bulgarian-born artist Christo—though the idea for it was first conceived with his late wife and longtime collaborator Jeanne-Claude in 1970, for a site along the Río de la Plata, and then in 1995 in Tokyo Bay. Neither project was approved but in the time since, the pair maintained an artistic output of near-unparalleled scale and consistency. Their projects include stretching fabric across across the Rifle Gap in Colorado (1972), wrapping the Pont-Neuf in Paris (1985) and the Reichstag in Berlin (1995), and installing over seven-thousand gates across New York’s Central Park (2005). Andrey Paounov’s new documentary Walking on Water looks behind the scenes at the arduous, often tempestuous process of pulling off this latest project. 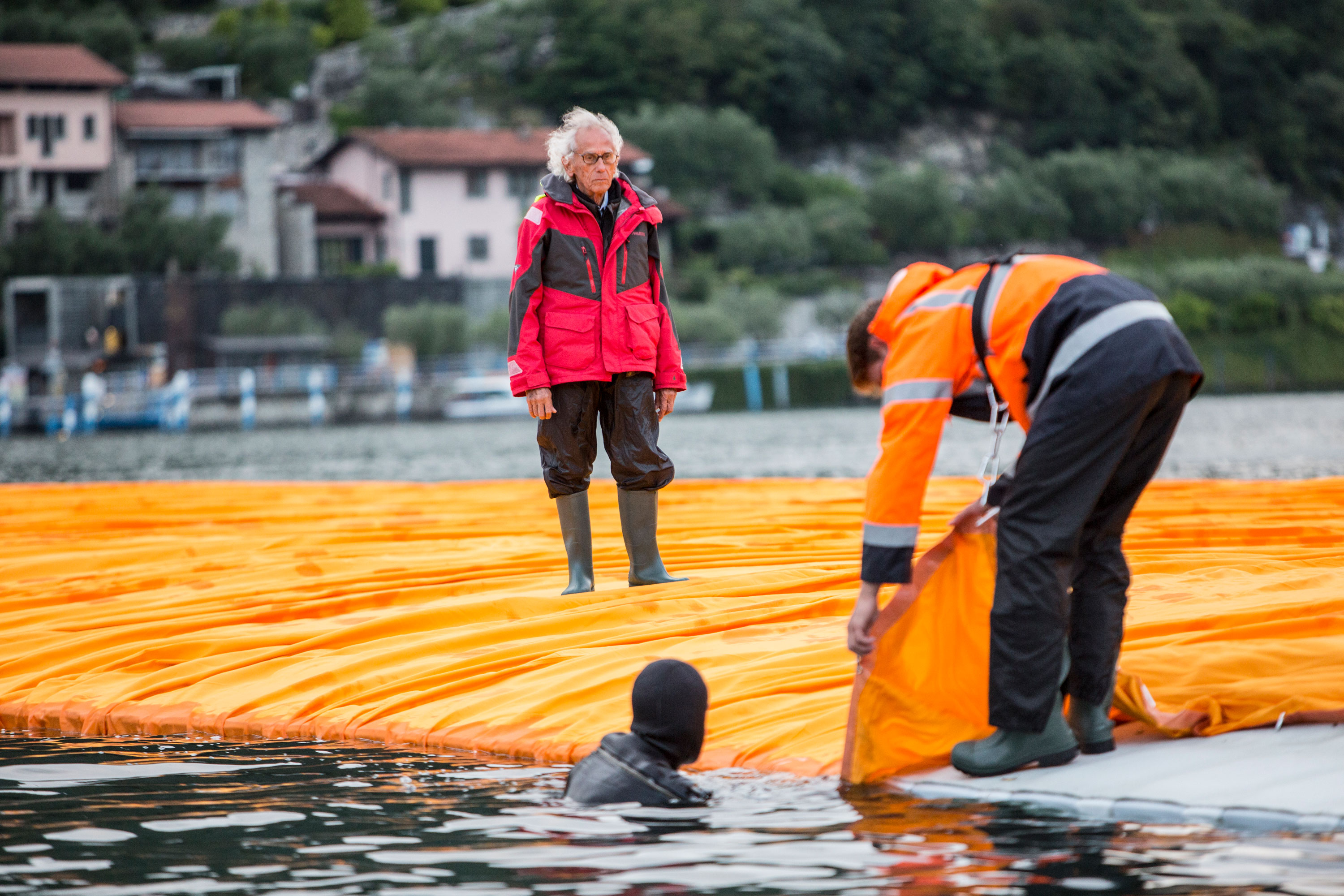 The film’s timeline encompasses the early preparatory stages of The Floating Piers, which as seen here mainly involve shouting matches between Christo and his chief operations manager, Vladimir Yavachev. “We do it my way,” is a familiar refrain from the wizened artist, now 83 years old, whose force of will has diminished little with age. When in public venues, however, he’s adept at turning on the charm, taking even the time to field questions from a group of schoolchildren. Asked by one boy how he finds the patience to see these projects through, Christo answers: “Not patience—passion.”

Passion, certainly, is what one sees in the efforts leading up to opening day, which together constitute an astounding logistical feat. (Some relevant numbers: 220,000 polyethylene cubes for the modular base of the walkway; 70,000 square metres of fabric to wrap it; and about 200 strategically placed anchors to keep it in place.) Indeed, what Walking on Water most effectively conveys is the sheer scale of the endeavour. It’s one thing to hear Christo rant about the excessive volume of admissions on the second day; it’s quite another to see helicopter footage of the completed pier, which over the course of 16 days hosted a total of 1.2 million visitors. (After Christo threatened to shut the exhibition down partway, Italian authorities agreed to better control the number of entrants by limiting local public transportation.) 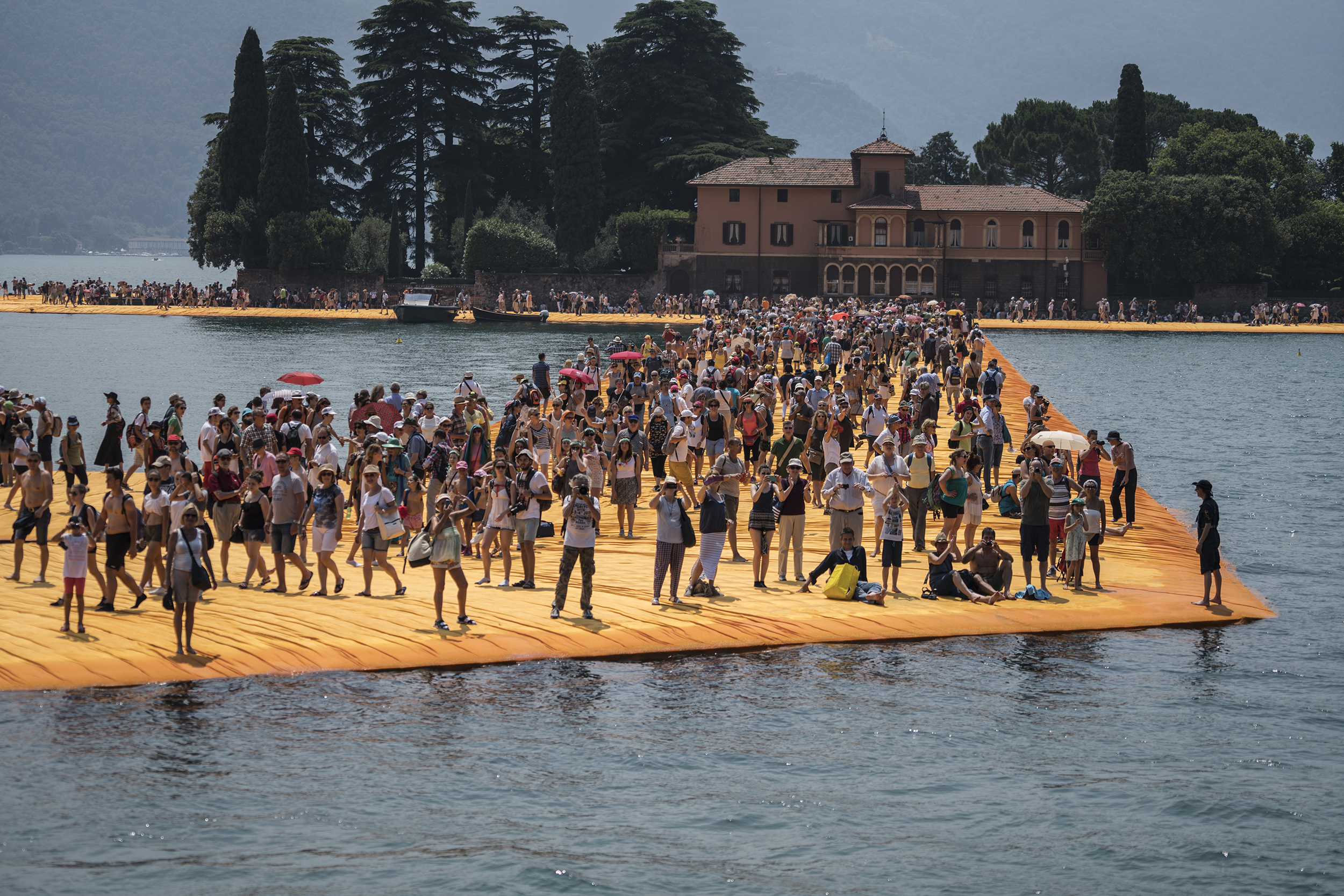 Perhaps the most impressive numbers, however, come at the start of the film, laying out Christo and Jeanne-Claude’s joint legacy: 47 unrealized projects over 50 years, with a total of 23 completed ones. That batting average—about one in three—is even more remarkable when you consider that these gargantuan works are entirely self-funded through the sale of the artists’ preparatory collages and concept art related to each ephemeral installation.

The particulars of these transactions inform Walking on Water’s other source of appeal: a peek into the art world that, against all odds, has made the duo’s work financially viable. A particularly telling sequence follows Christo as he goes from the main dock of The Floating Piers, where he’s greeted as a superstar by visitors and locals, to an exclusive cocktail party reserved for high-profile collectors and wealthy patrons, whom Christo meets with equanimous unrecognition.

No matter what one thinks of the art itself, which Christo himself has deemed “totally useless,” it’s hard to deny that harnessing the wealth of a select group of people to complete million-dollar, large-scale ventures of mass appeal constitutes some sort of achievement. (Reports estimate the cost of The Floating Piers at $17 million.) 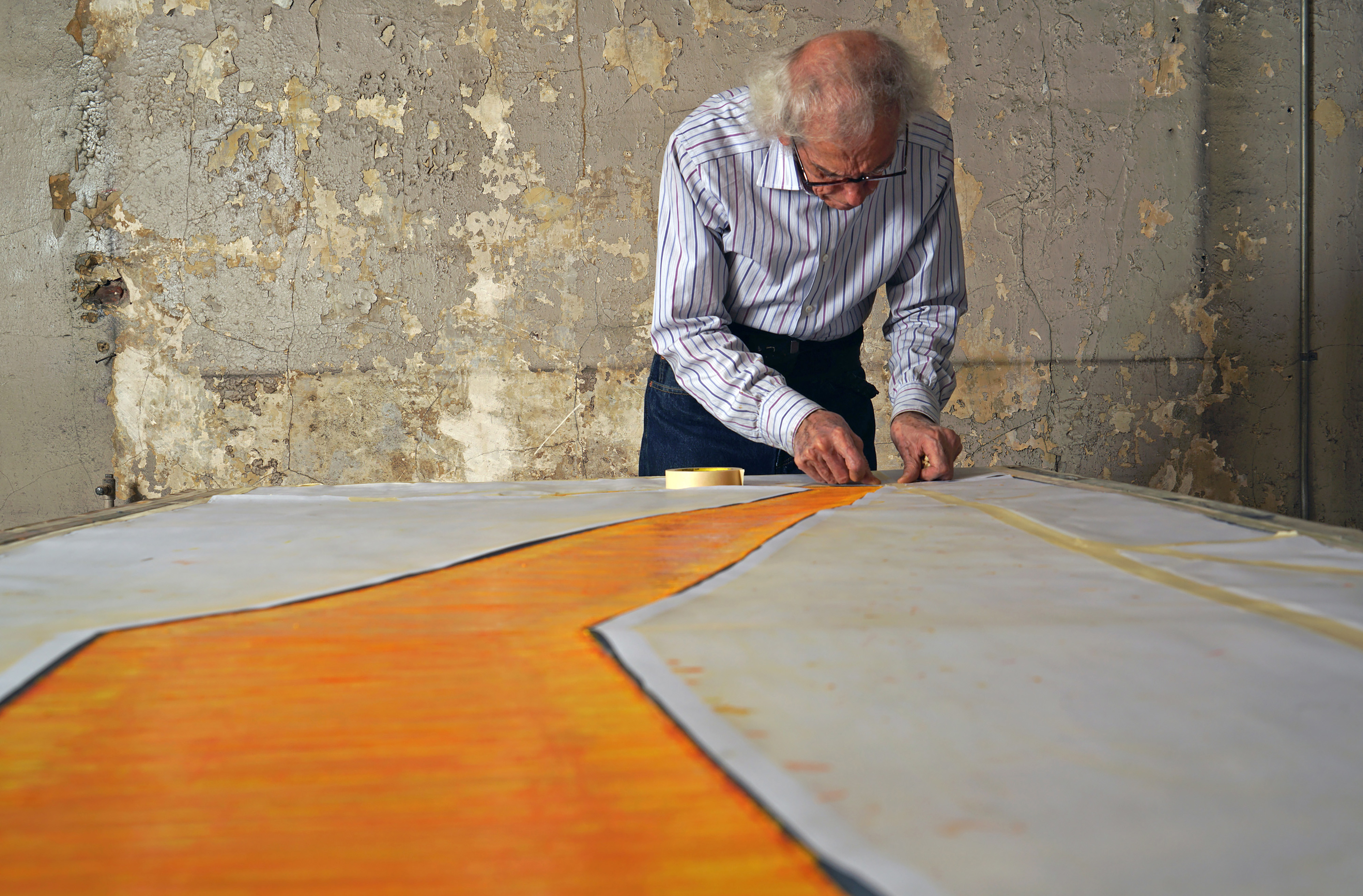 More difficult to argue is that Paounov’s documentary pushes any aesthetic boundaries; watching the film, you get the sense that the camera operators were mainly struggling to catch up with all that was going on. But Walking on Water remains a compelling, even moving watch. In documenting the first major work completed by Christo following Jeanne-Claude’s death in 2009, the film offers a sense of closure, even as it ends with the tireless artist now in the sands of Abu Dhabi, eyeing the site of his next project.

This story from our archives was originally published on May 19, 2019. Read more articles on film and the arts.