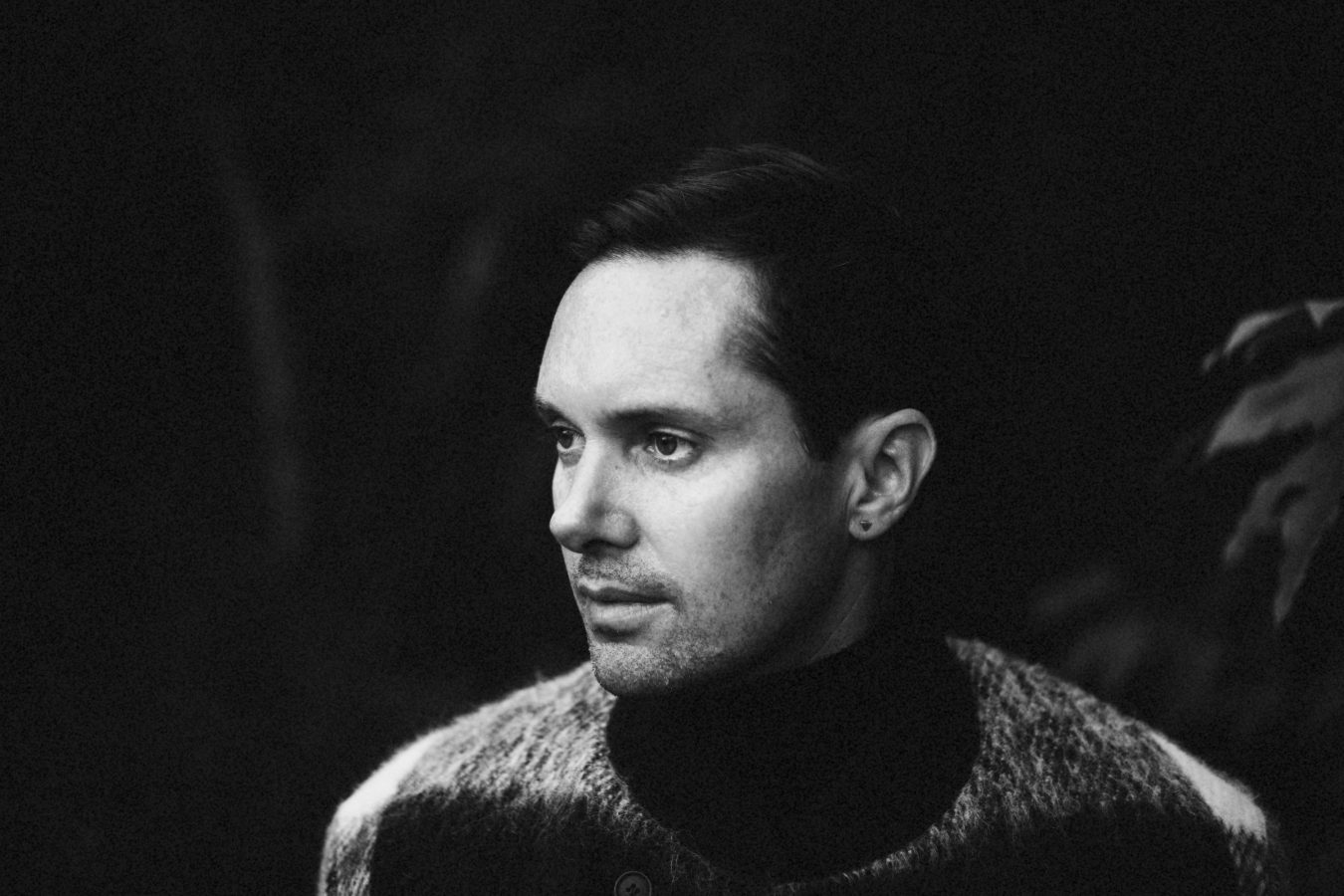 In an industry that relies so heavily on image, musician Rhye emerged shrouded in mystery. Behind a facade of sensual, aesthetic-driven music videos posted online starting in 2012, Rhye’s unique sound captivated listeners from the get-go: mellow, R&B-inspired melodies fronted by a soulful, treble-toned vocalist. But to everyone’s surprise, the source of the soft, enigmatic voice was not a woman; rather, it was Toronto-born singer and instrumentalist Mike Milosh.

Son of a violinist father, Milosh grew up trained on the cello. “I’ve got this whole classical world that is deeply impregnated in my mind, and I always kind of gravitate back to it,” he says, perched on the carpeted steps of the Vogue Theatre in Vancouver. As his band prepares on stage for the evening’s show as part of the 2018 Westward Music Festival, Milosh reflects on his musical influences growing up, from Jimi Hendrix’s psychedelic rock, to 1990s hip hop, to his big sister’s love of Depeche Mode. However, it was Toronto’s iconic but now defunct jazz venue Top o’ the Senator that convinced Milosh to pursue the expressive musical style in university—a direction that led him to seek out his passion of producing music around the world, and eventually to his current home of Los Angeles.

But since the success of debut album Woman (2013) and expressive songs including “The Fall” and “Open,” Rhye has under gone a major transition. After parting ways with original band member Robin Hannibal (a Danish instrumentalist and producer) and label Polydor, Milosh has emerged to take his former side project to even loftier heights. Backed by a new band and indie recording label Loma Vista, Rhye’s latest album Blood goes deeper into Milosh’s tangible, heartfelt experiences. “For me, inspiration comes from emotional places,” he explains. Case in point, the new muse in his life: Geneviève Medow Jenkins, the co-creative director behind Rhye’s mesmerizing videos.

Still, the biggest draw from 2018’s Blood is its new direction in sound. “The music has evolved sonically in that I’ve gotten even way more into analog production,” explains Milosh, who recorded most of the album inside the famed studio of American band Earth, Wind & Fire. “When I was younger, I thought it was so ambiguous to say that analog sounded warm,” he says, “but on multiple listens, that’s when you begin to understand the warmth.” Weary of staring at computer screens and using digital tricks, Milosh’s exploration of traditional production has awarded him high praise—from the ethereal “Song for You” to the sway-worthy “Taste,” there is an authenticity to the album, which still encompasses some of Rhye’s signature body-moving beats.

Wrapping up a nine-month world tour in support of Blood, Milosh is eager for what comes next. Apart from a well-deserved break somewhere exotic, he plans to put out a remix album soon, potentially followed by a five-track EP to be released early next year. But what truly excites him is the idea of Rhye’s next music video. “I love shooting,” he confesses. “I love photography. If I had a different career path, I would be a [director of photography] for film.” In collaboration with Jenkins, who helps to write and direct, Rhye’s next visual production is certainly one to anticipate. Though what it will look and feel like remains, of course, a mystery.