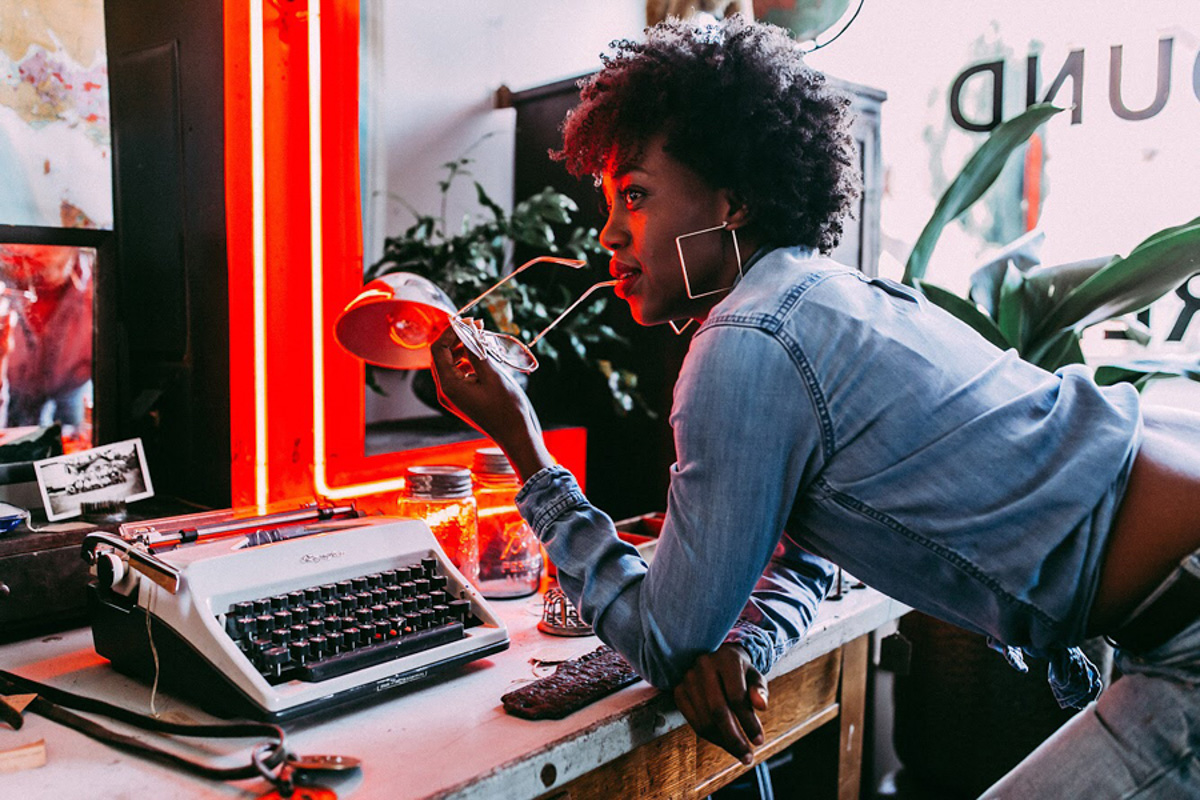 Vancouver actress Rukiya Bernard rang in 2020 already at a crossroads. Even before COVID hit and a series of murders would galvanize a movement, the Leo Award–winner’s year started with a shakeup to her career path. That she turned the year’s cumulative heartbreak into potentially long-lasting changes to Vancouver’s film and TV industry is a testament to her courage to speak her truth.

It was in late 2019 that she found out Van Helsing, the post-apocalyptic vampire series she had co-starred in as Doc for five seasons, would be coming to an end, along with another series she’d been working on for Hallmark Channel.

“It felt like stuff was wrapping up and I didn’t know what I wanted next,” says Bernard, who won the 2019 Leo Award for Best Supporting Performance by a Female in a Dramatic Series for her work on Van Helsing. “I remember talking to a friend of mine and saying, ‘I don’t know what I want next, but I feel like this isn’t it anymore. I’ve done this stage of my life, but there has to be something deeper and richer out there.’” 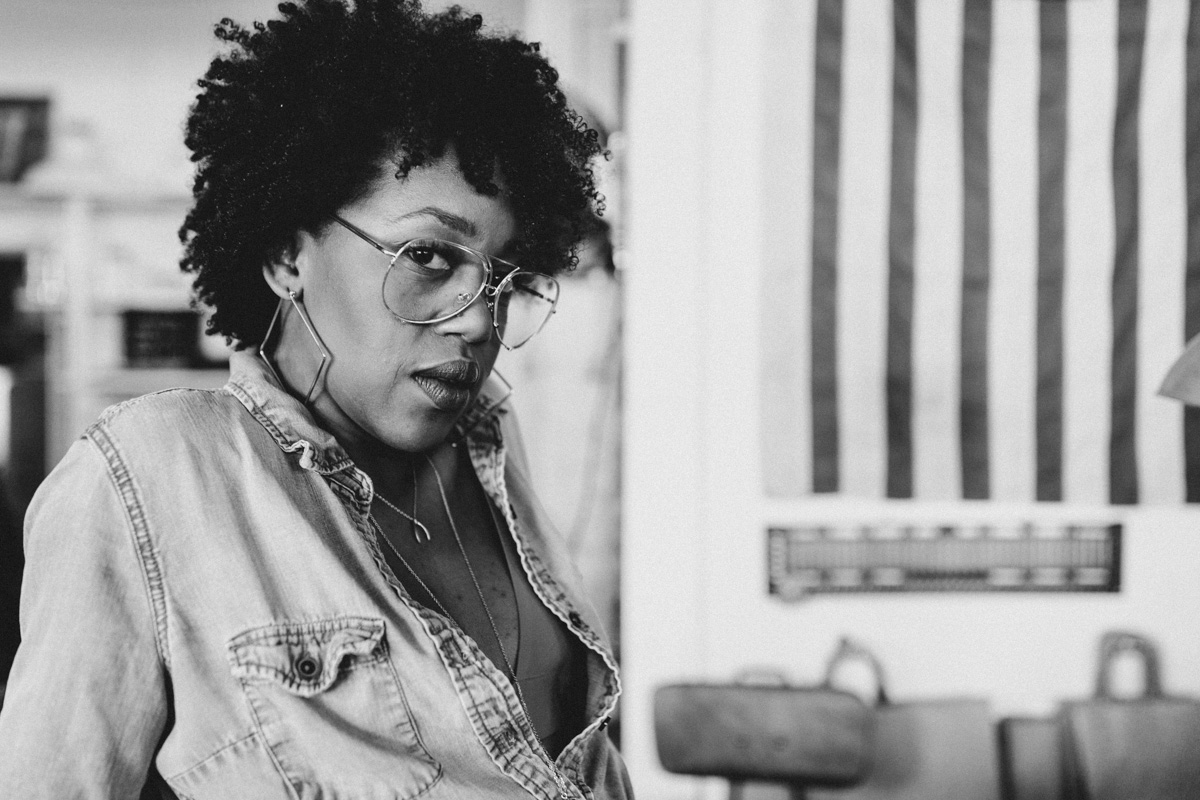 Bernard was still at a crossroads when COVID-19 shut down the Vancouver film and television industry in mid-March, and she was up at her family’s cabin when the murders of Ahmaud Arbery, Breonna Taylor, and George Floyd sparked one of the most significant social justice movements in U.S. history.

On May 8, Bernard participated in a 2.23-mile run to honour what would have been Arbery’s 26th birthday. She decided to run the equivalent distance up and down the stairs in her cabin. As she neared the end of her run, she collapsed onto the stairs, sobbing.

“There was a piece of me that was, ‘I can’t continue doing what I’m doing in this industry because some of it is false,’” Bernard recalls.

“My opinions about the film industry have been living in me for a long time. But during that run for Ahmaud Arbery, I broke down and cried and asked myself, ‘What am I doing?’ I have my opinions on the stereotypes that Black people are hired to play, and sometimes I’m hired to play those stereotypes. All I’m doing is fortifying these images of Black people that get translated into the real world.

“I firmly believe life imitates art. It’s a cyclical thing. In that moment, I said to myself, ‘I think I have to be more outspoken about all of it. I’m done.’” 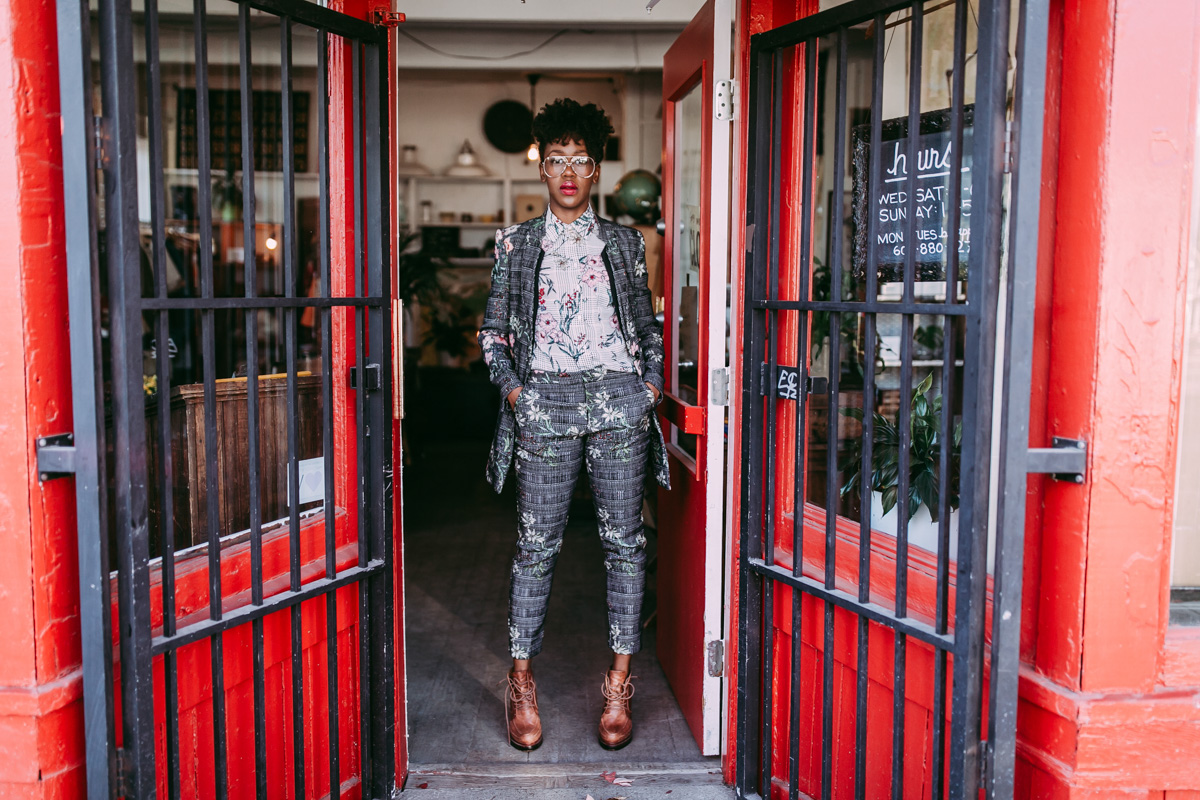 “I call this year a year of awakening, and it was a rude awakening,” she says. “It was a year where the status quo actually started listening.”

Her truth-speaking has since taken many forms. She penned a powerful opinion piece for the online magazine YVR Screen Scene (which I manage and edit) entitled “Dear Becky.” Written through the eyes of every rom-com’s Black Best Friend Forever, the letter tells the fictional show’s white star how tired she is of playing the one-dimensional supportive sidekick.

“Dear Becky,” it begins, “It’s me: your Black Best Friend Forever in every rom-com movie. You know, the sassy, funny, ‘urban’ friend? The one intent on helping you find love but doesn’t have a storyline of her own?”

“We need to talk,” the letter says. “I’m not happy with the way things are going. I haven’t been for a while. I’m angry, I’m tired, and things need to change.” While the white lead’s happily-ever-after may be rosy, the challenges often endured by the BBFF rarely rate any screen time, if they’re considered at all. 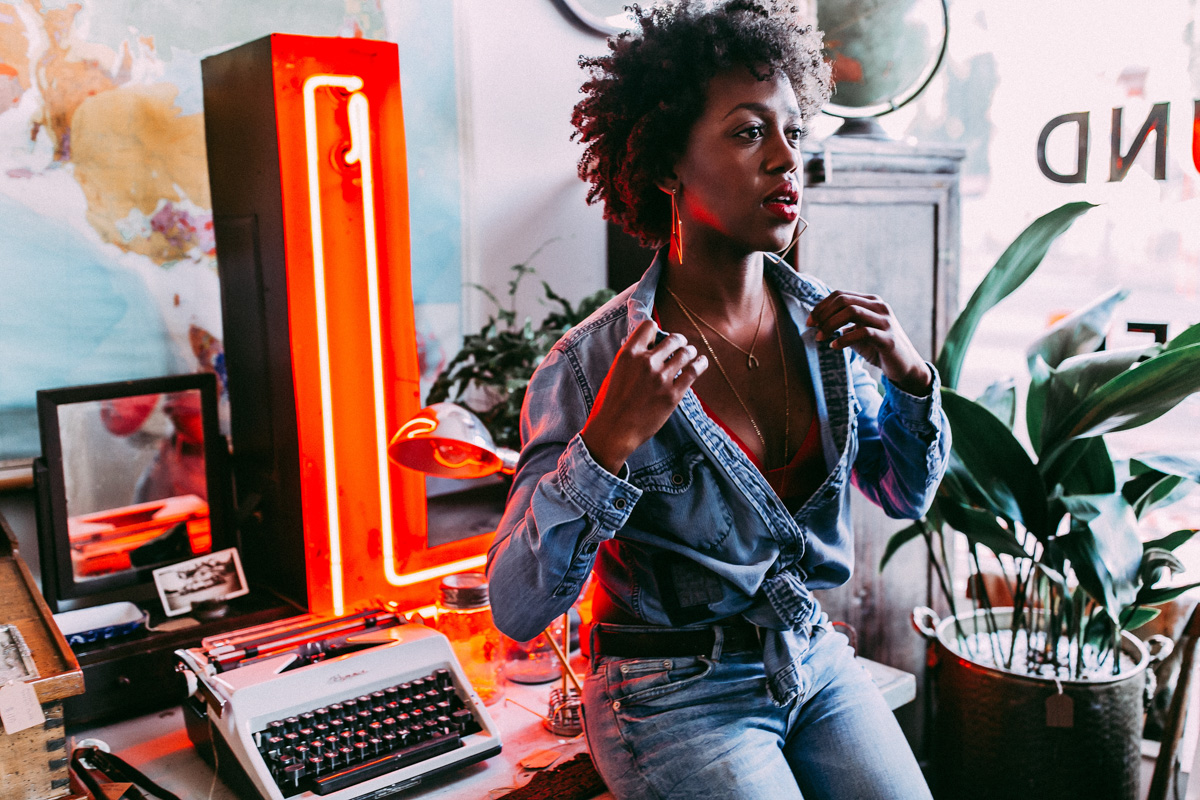 “My ever-after is me getting paid less for doing the same job as you (and doing it just as well). It’s me being followed in stores because people think I’m stealing. It’s me straightening my hair, using skin lighteners, and contouring my make-up so my features look more ‘refined.’ It’s me afraid to call the cops when I need them because history tells me they’ll think I’m the criminal. It’s me having to endure people assuming I’m not Canadian because I’m Black. Instead, they ask, ‘But where are you really from?’”

In the letter, Bernard reflects on how the film and TV industry can more accurately represent our society’s diversity, from the ways in which shows are cast to the stories they choose to tell.

But the letter was just a first step. She followed up by writing a play and a web series, and participating in several diversity and inclusion panels (including this one for the Vancouver Asian Film Festival). She also wrote and directed a short film entitled Becky, a dark comedy about a frustrated Black actress who is tired of playing stereotypical roles; it’s currently in post-production. “There are a lot of comedic moments in it, but it’s really grounded in the reality of traumatic situations,” she says.

Then Bernard starred in Christmas in Evergreen: Bells Are Ringing for the Hallmark Channel. Although not her first Hallmark Christmas movie, it was her first as number one on the call sheet.

“It felt good, and it felt right, and I was really grateful for them giving me this shot,” she says. “As much as [Hallmark has] been criticized for the lack of diverse hires, they’ve been responsible for huge growth in my career. The work environment is more honest now.” 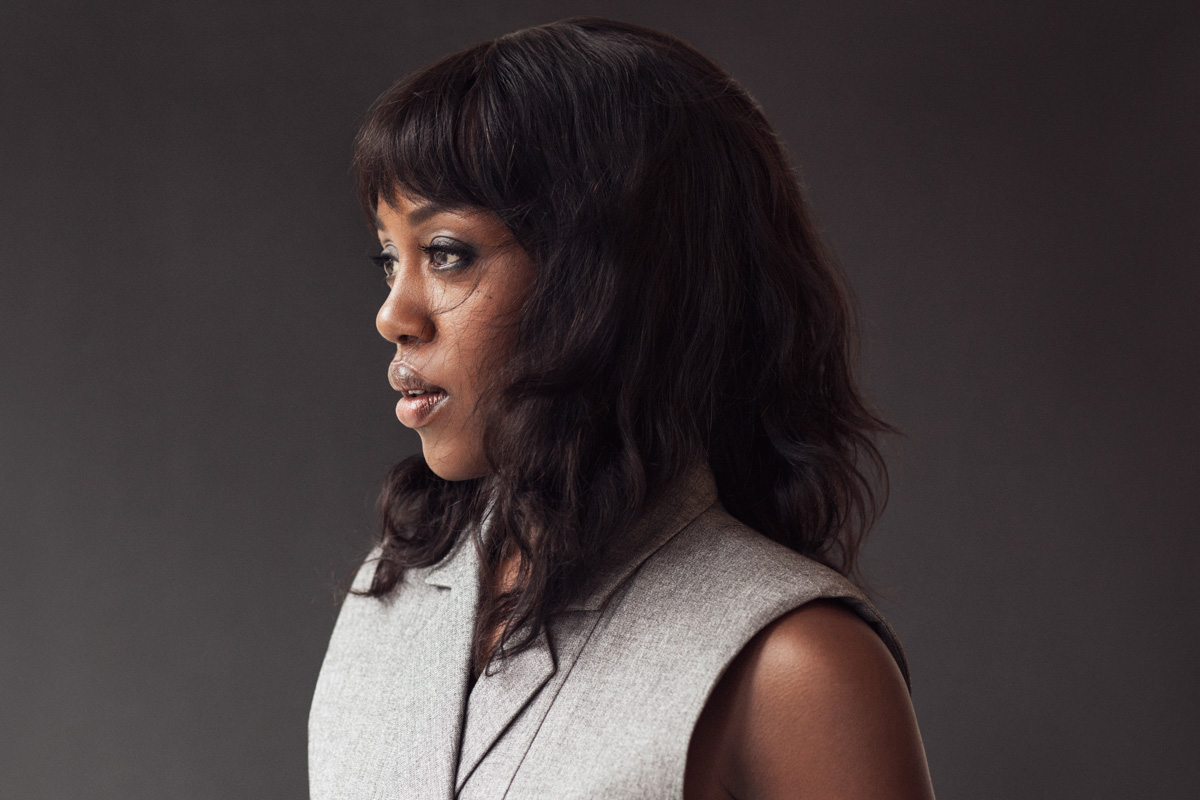 In the last six months, she notes, Hallmark has been casting more diversely and inclusively. “They’ve still got work to do, though, and I know that they know that.”

Bernard had no intention of targeting Hallmark with her open letter (which made waves in Hollywood and Broadway, and was warmly received by people working in the Vancouver film and television industry) or her short film. Her critique was aimed at the entertainment industry as a whole. Hollywood has a history of being racist towards people of colour; as the stage for numerous Hollywood productions, Vancouver’s sector was built on the same foundation.

“There are other networks who say they have diverse casts but the number one and number two on the call sheets are white,” Bernard says.

“There was a time before Lupita Nyong’o and Viola Davis really shifted the idea of what Black beauty is—I was unemployed and I relaxed my hair to make it straight, or I would wear wigs all of the time with straight hair, and I’m not knocking that, but it was coming from a place of, ‘Maybe I’m not pretty enough.’ And I literally Googled ‘Black actress,’ and it was a bunch of biracial actresses or light-skinned actresses that came up.” 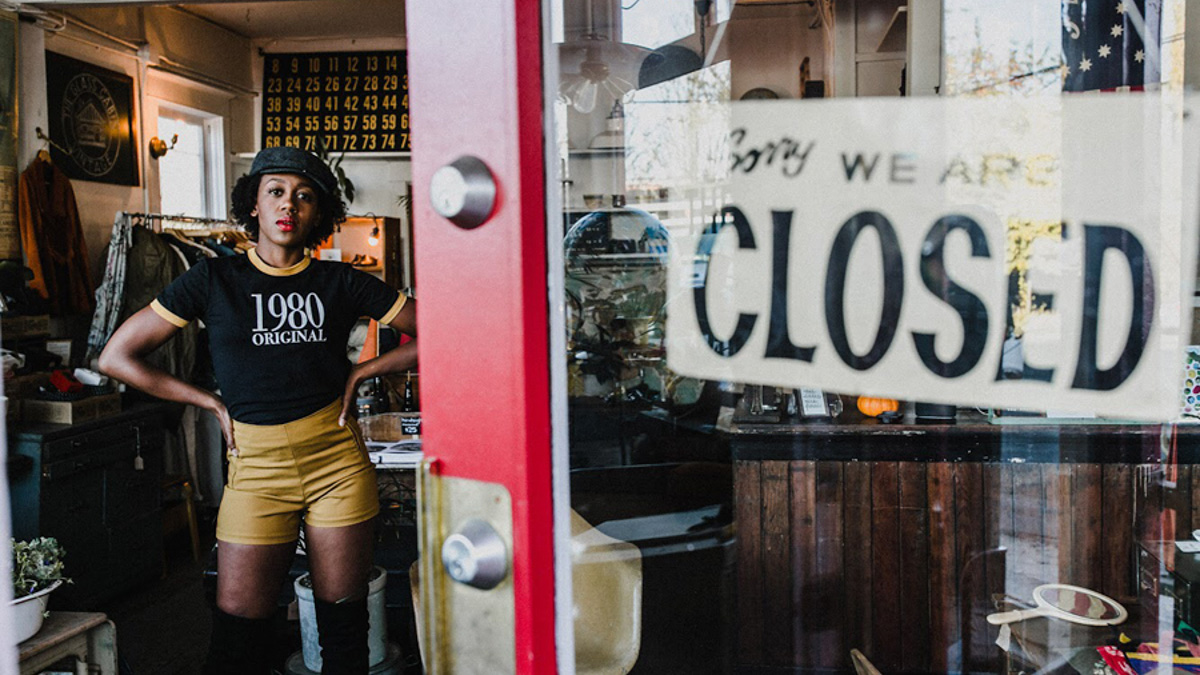 This was disheartening but also par for the course, says Bernard. “Dark-skinned Black people get cast more as villainous characters, or comedic characters, and so when I wrote ‘Dear Becky,’ I was calling out the industry as a whole. The shift here and in Hollywood is really bold, and really great to see, but we still need to see where it goes.”

While Bernard is celebrating these steps forward, she acknowledges the role that others have played in her journey.

“What has really resonated with me is that this is beyond me,” she says. “I’ve always wanted to be an actor in service of something. The fact that so much attention came my way in such a supportive way post-George Floyd makes me know that this is on his shoulders, and on his life, and I’ve got to continue to fight to speak my truth and do the brave thing. It’s important.”