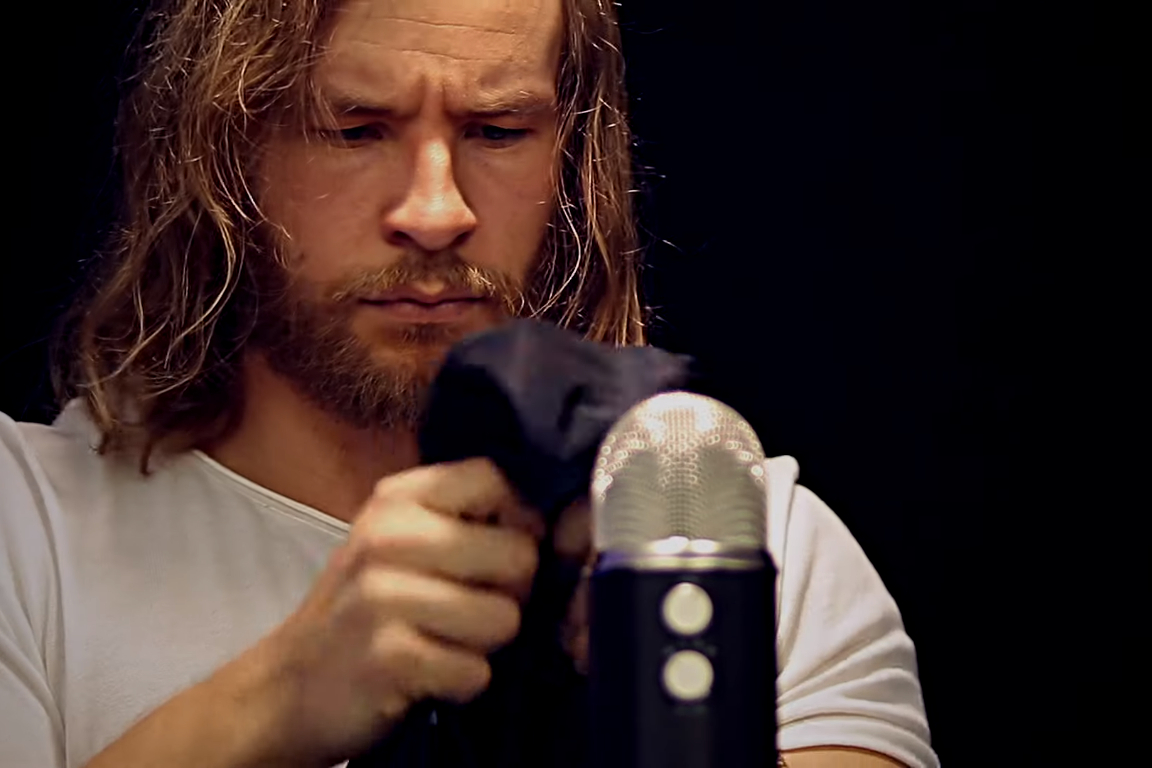 A man whispers into a microphone while fluttering and snapping his fingers. Someone whips butter with a wooden spoon, maintaining a gentle, hypnotic rhythm.

A woman, face close to the camera, quietly reassures us while performing a virtual massage.

A grid of tiny cubes is carved into soap, then scraped off, releasing a sound that may produce a surprising physical sensation.

This disconcerting and very strange internet phenomenon is ASMR—Autonomous Sensory Meridian Response—and may just be the isolation therapy you need right now. Because, bizarrely, although it appears totally bonkers, once you plug in your headphones and focus on the sound, the repetition becomes comforting, then pleasurable and, before you know it, you’ve stopped thinking about the state of the world and the fact you can’t see your friends and family.

Instead, you find yourself in a dreamlike state, where suddenly you feel warm and tingly and totally relaxed. Enthusiasts have termed this feeling a “brain orgasm” or “braingasm.”

Rather smartly, considering the situation we find ourselves in, ArkDes, Sweden’s national centre for architecture and design, has curated the first formal exhibition of ASMR, providing a virtual gallery of practitioners, including none other than cult television artist Bob Ross.

It gives what would otherwise likely remain a peculiar niche interest credibility, asking us to look at this as art—the creation of something to provoke a response in a world that is complex and often overwhelming.

Granted, the range of effort and concepts you can find on YouTube is extremely varied—not everyone whispering and crinkling stuff close to a microphone is an artist—but there is no denying the effect when you hit on the combination of sound and visuals that triggers a surprisingly strong response inside you, and the hair on your scalp somehow shivers.

I would not have expected that watching a man pretend to give a barbershop haircut around a microphone while saying nothing would have provoked the greatest feeling of calm I’ve had in a while.

The exhibition at ArkDes is titled Weird Sensation Feels Good and includes both intentional and unintentional examples of ASMR. It opens April 7 with a virtual livestream, and will be available to experience online until November 1.