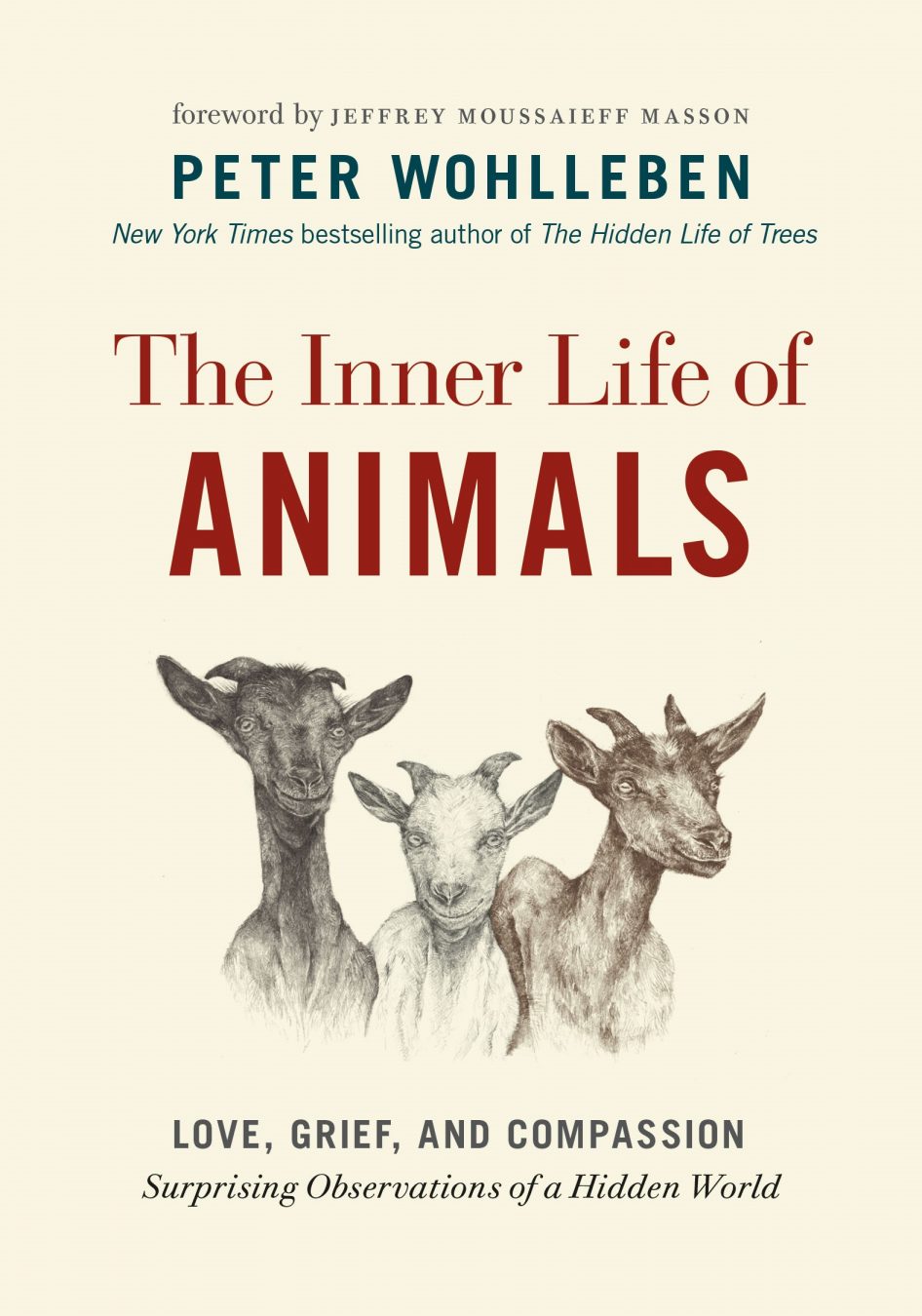 The following is excerpted from “The Inner Life of Animals: Love, Grief, and Compassion—Surprising Observations of a Hidden World” by Peter Wohlleben, published Nov, 7, 2017 by Greystone Books in partnership with the David Suzuki Institute. Reproduced and condensed with permission from the publisher.

It should be clear by now that whether they are driven by their circumstances or our desires, whether they want to or not, animals love people (and, of course, the reverse is true).

I consider gratitude to be a closely related emotion. And animals can certainly feel gratitude, as well. Owners of dogs with checkered pasts that have been welcomed into families later in life are particularly well placed to confirm this.

Our cocker spaniel, Barry, didn’t come to us until he was nine years old. Actually, after the death of our Münsterländer, Maxi, we wanted to draw the dog chapter of our lives to a close. Or so we thought. Despite the fact that my wife, Miriam, was absolutely opposed to a new family member, our daughter set out to convince us otherwise. She didn’t get much resistance from me, because I couldn’t really imagine life without a dog. When my daughter accompanied me to a fall market at a nearby country store, both of us were aware of what might happen. The Euskirchen animal shelter was going to have a parade of its guests, hoping to find homes for them that day. My daughter and I were hugely disappointed when the only animals on display were rabbits, because we already had plenty of those at home. After waiting around the market all day, making multiple tours of the stalls, here we were, confronted with this—no dogs. Right at the very end, there was an announcement that a future occupant was going to be shown by one of its former owners before being delivered to the shelter: Barry. Our hearts beat faster. The dog was apparently extremely good natured, a model passenger in the car, and he was neutered. Perfect! We leapt up from the bench and stepped forward. A short test walk, a handshake to seal the agreement for three days’ probation, and we took off right away with the dog in the car, headed for Hümmel.

The three-day trial was important, because Miriam didn’t suspect anything yet. She came back late that night after an engagement. She was taking her coat off, when my daughter asked: “Do you notice anything different?” My wife looked around and shook her head. “Then take a look down at your feet,” I prompted. And in that instant, it happened. Barry looked up at her, wagging his tail, and my wife took him into her heart right then and there for the rest of his life. And the dog was grateful—grateful that his long and arduous journey had finally ended. His owner, an old lady suffering from dementia, had had to give him up. He’d gone through two different families, and now he had found his forever home with us. It’s true that for the rest of his life, he worried that there might be yet another handover, but other than that Barry was always happy and friendly. He was grateful. It was as simple as that—or was it?

After all, how are you supposed to measure gratitude or—what’s almost as difficult—to define it? If you check on the web, you’ll find a lot of discussion but nothing definitive. Some animal lovers think of gratitude as their due, a response many owners expect from their animals in return for the care they give them. I wouldn’t even bother to search for this kind of gratitude in animals, for it would merely be an expression of subservience smacking of servility. Essentially, and this is in reference to people, what emerges from most definitions is that gratitude is a positive emotion arising from an enjoyable experience caused by someone or something else. In order to be grateful, you need to be able to recognize that someone (or life) has done you a good turn.

The Roman politician and philosopher Cicero considered gratitude to be the greatest of all virtues, and he thought dogs were capable of feeling it. But now it gets tricky. How can I know whether an animal recognizes who or what has caused its enjoyable experience? In contrast to the joy itself (which is easy to recognize in a dog), there’s also the question of whether the dog gives any thought to the cause of its joy. It’s relatively simple to answer this question. There’s food, for starters. The dog is happy about its meal and knows exactly who filled its bowl. In fact, dogs often encourage their owner to repeat the process. But is this really gratitude? You could just as easily call it begging. Doesn’t true gratitude include a mindset, a way of looking at life? An ability to celebrate small pleasures without constantly craving more? Seen from this perspective, gratitude is when joy and contentment about circumstances that are not of your own making coincide. Unfortunately, this kind of gratitude cannot yet be proven in animals—we can do no more than speculate about their inner outlook on life. In Barry’s case, at least, my family and I are certain that he was both happy and content to have found his final home with us, even if we don’t have any scientific proof.

But how about other examples in the animal world? Might they shed more light on the issue? There is the story of a humpback whale in the Sea of Cortez in Mexico that put on an hour-long display of breaching and flipper flapping after a man called Michael Fishbach spent hours cutting off a fishing net in which it had been hopelessly entangled. When Fishbach encountered the whale, it looked as though it would not be able to survive for much longer. Fishbach immediately entered the water armed with just a small knife. As soon as the whale was free, it put on a glorious acrobatic display. Perhaps it was just happy not to be entangled in the net anymore—or perhaps it was performing for the people in the small boat to thank them for rescuing it from certain death.