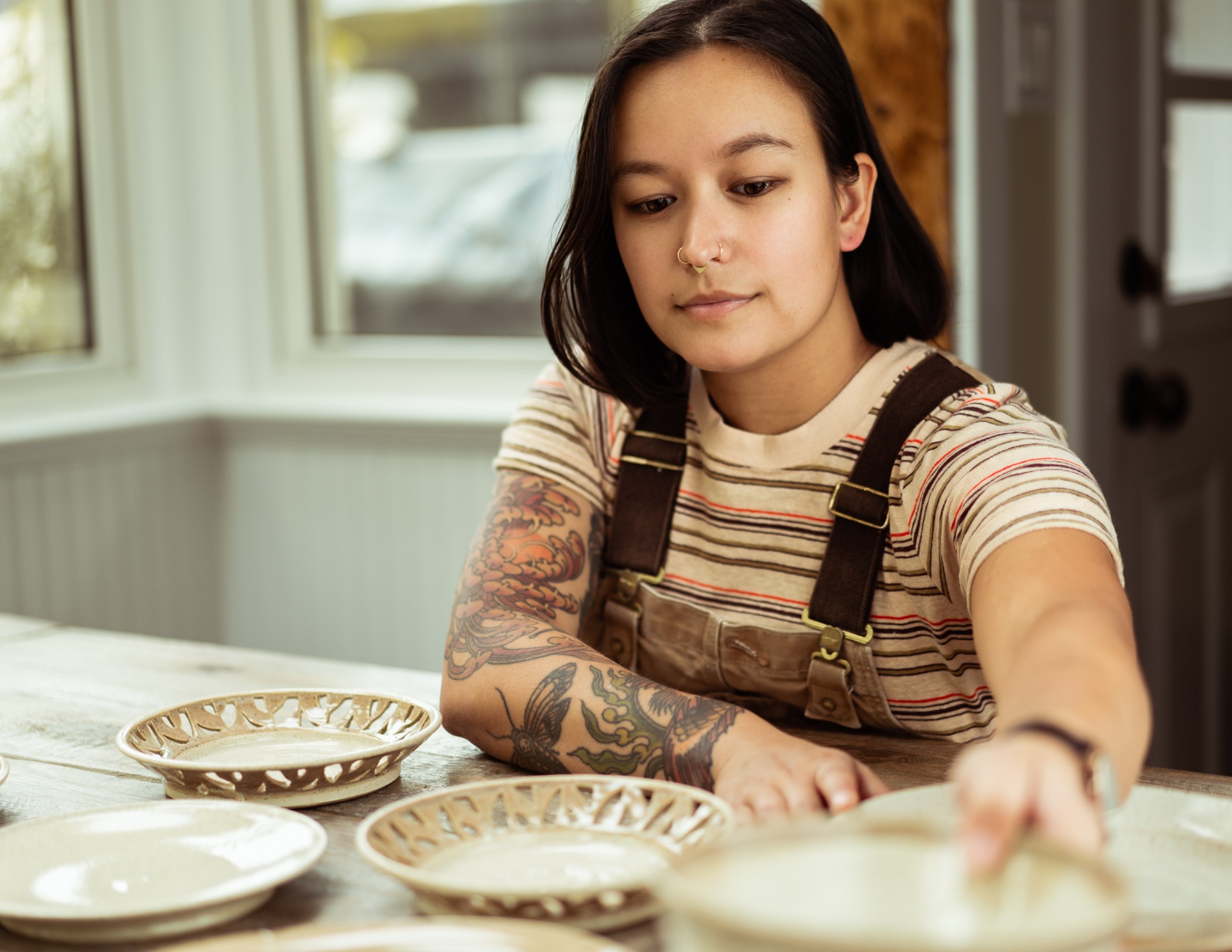 Coral Patola had only visited Pemberton once before she and her partner bought their property there. Wanting to escape the city grind and Vancouver’s rising prices, Patola began looking towards British Columbia’s Coast Mountains for solitude and, mostly, space to stretch out her ceramics practice. But the moment they stepped onto the land, sprawling and framed by forest, they knew. This was it. Their place.

With a couple of friends in handy trades, they’ve been gradually building their home from the ground up. One of its most important features will be a large pottery studio, the first that Patola will finally call her own. 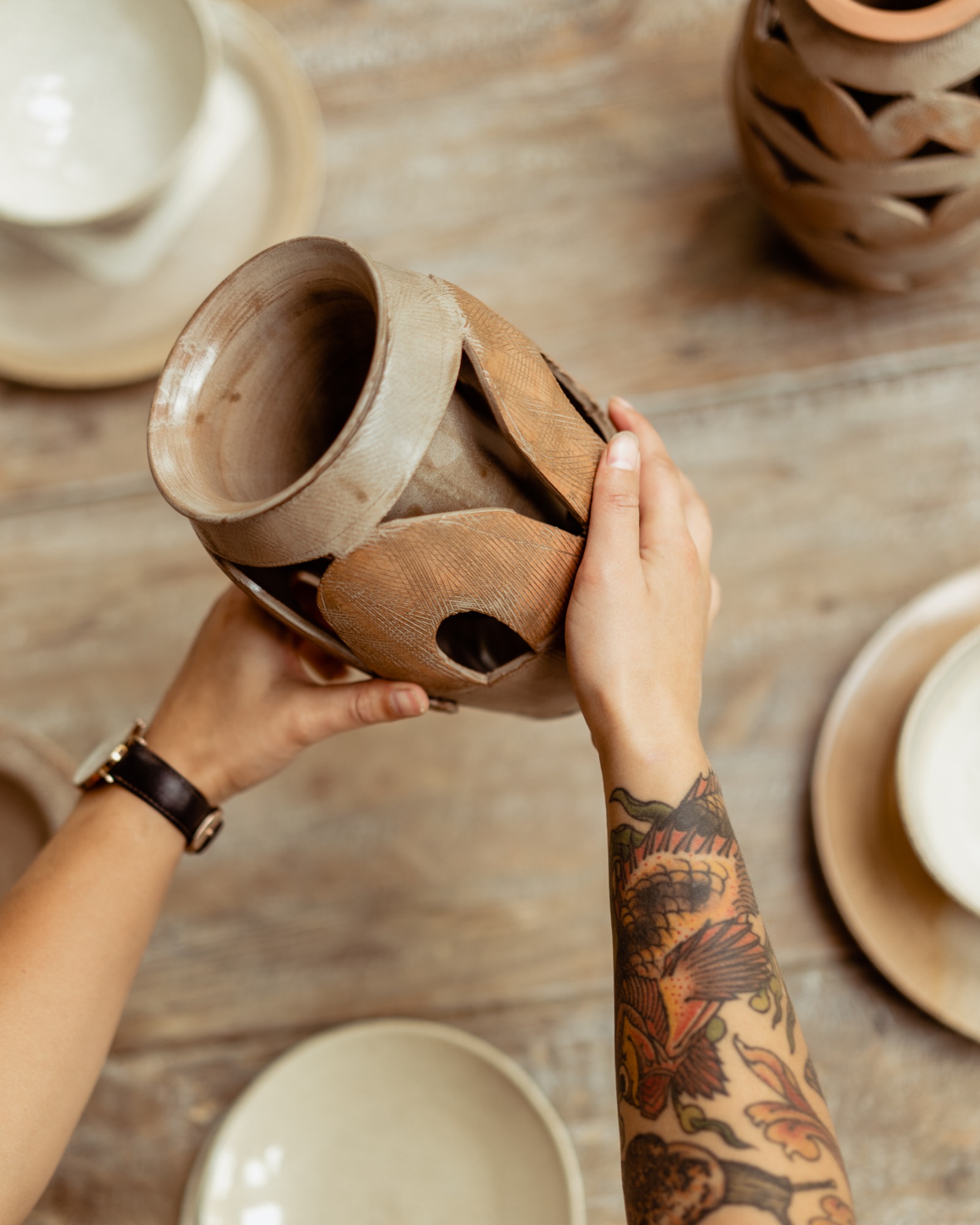 For the last few years, she’s been working out of a spare utility room that’s been converted into a wet room in her parents’ house in Kitsilano; her kiln sits in their garage. We meet at a nearby café, during a rare free hour between her craft and her part-time job at a Pemberton bakery.

“I tend to have this trajectory in my life where one thing starts and I just don’t stop,” Patola says. “I just kind of keep going and going and going. I don’t know.” She smiles. “I think it’s blind faith sometimes.”

In the same intuitive way that she was drawn to Pemberton, Patola has always felt a pull towards ceramics.

Her first introduction came at a children’s birthday party in a small local studio; her second as a teen taking mixed-media classes at Arts Umbrella. Later, enrolled in the visual arts program at her high school, she tried wheel throwing. And then, midway through an illustration major at Emily Carr University, she felt compelled to change her medium to pottery and ceramic sculpture.

After graduation, she started her own business: Piton Pottery, named for the wedge that’s plowed into a rockface for support in mountain climbing—both Patola and her partner are avid climbers.

“My identity is so linked to working with my hands and what I can make,” Patola says. “I feel really strong whenever I work with my hands. When I’m in the studio, there’s a sense of accomplishment. This is who I am and what I’m meant to be doing.” 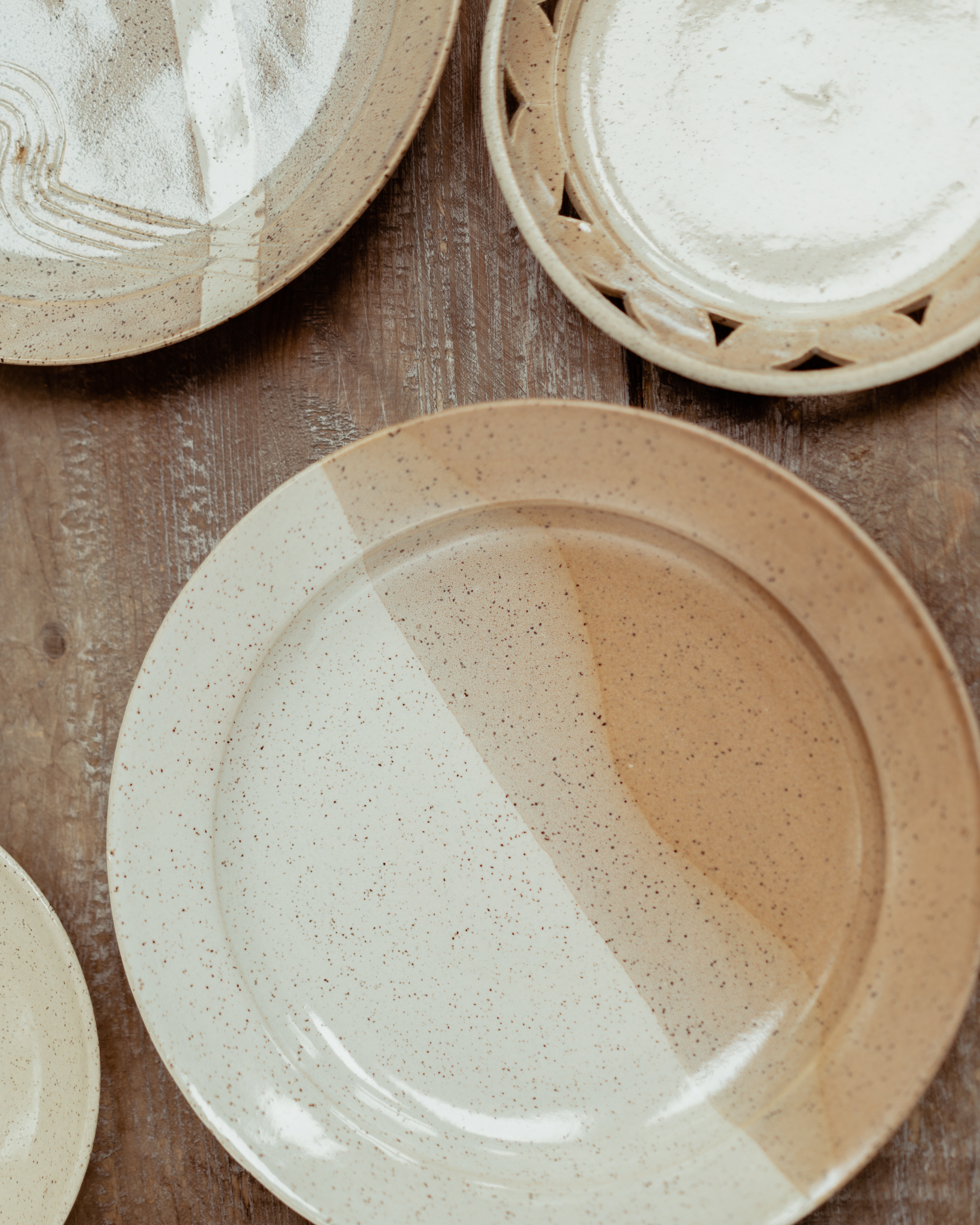 Patola’s wares are characterized by warm, toasty tones—caramel, oatmeal, ash—and shapes that feel familiar. Deep-set mugs with large handles for fingers to wrap through. Pots that have grooves gently pressed into them. Some plates feature hand-painted illustrations of West Coast nature (a squirrel or a sun setting behind a mountain), while others are speckled with gradual shades of tan.

Her inspirations are sometimes intentional but mostly subconscious, often reflecting the environment in which she finds herself creating. These days, the arches of the Pemberton house’s wooden frame seem to be seeping into her work. Largely, though, Patola’s work is steeped in the idea nostalgia, and exploring the dichotomy between past and future, while cultivating an aesthetic reminiscent of a time or a feeling.

As for what Patola, herself, is nostalgic for, it isn’t so much former moments as it is the sweet anticipation of new experiences to come. Christmas in her new home, for one.

Patola’s eyes flick to the cafe’s window, looking out at the busy street outside. “I want to make something that people yearn for,” she says.

Read more about the Arts in Vancouver.