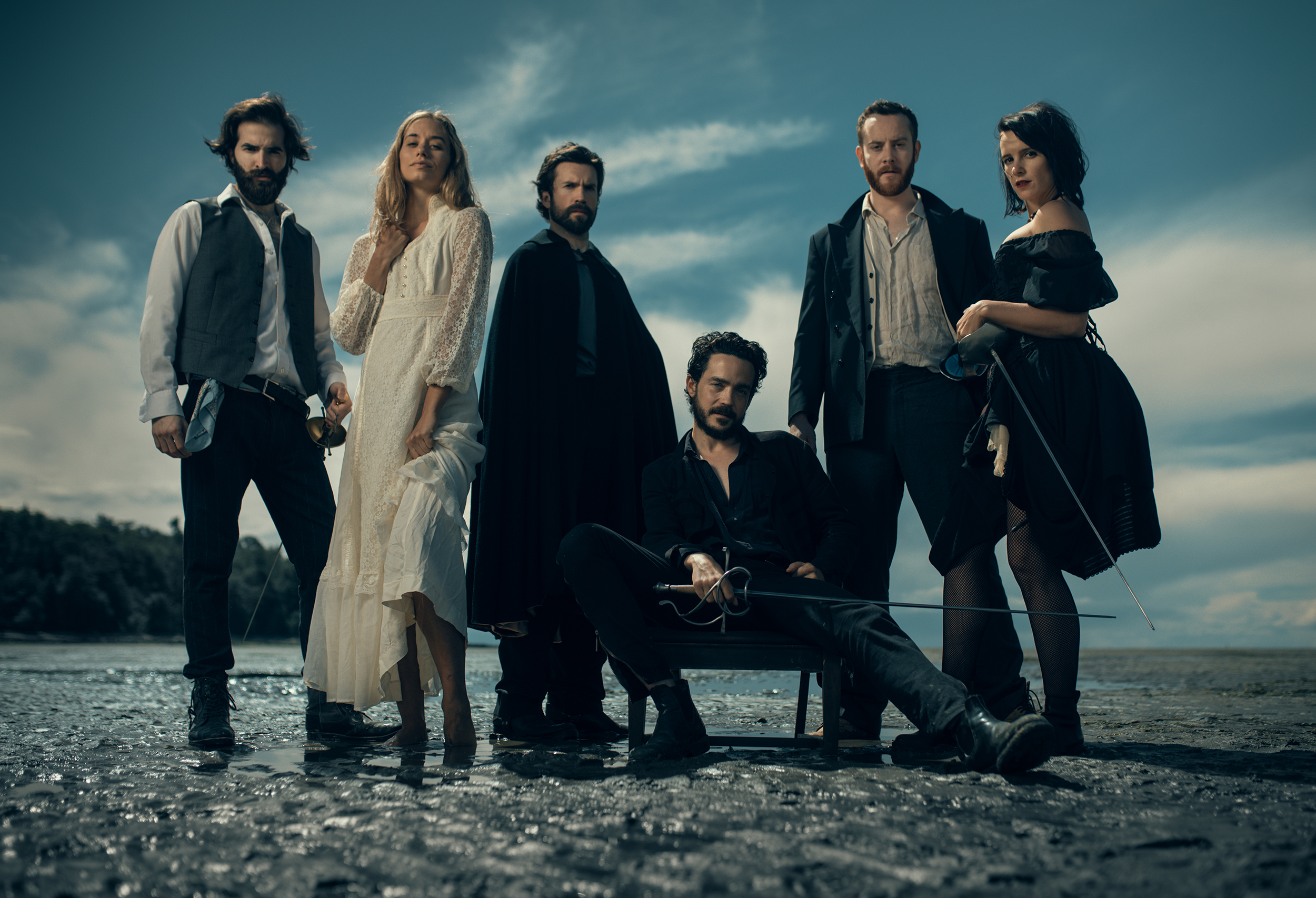 You wouldn’t know it from the premise, but Zastrozzi: The Master of Discipline isn’t a swashbuckler, a melodrama, or even a revenge play. It doesn’t have the good taste to resemble a true tragedy or comedy, nor the bad taste to drown in blood, blasphemy, and Freudian oblivion. It’s a light morality play about a couple of fascists.

George F. Walker, a pillar of the 1970s Toronto alternative theatre scene, knew to work in entertaining idioms. There is, to put it in neutral terms, sex and comedy and swordfights here. Zastrozzi (Birkett Turton), a thief working his way up to larger ambitions, is tracking down his mother’s murderer, a dissociative holy fool named Verezzi (Massimo Frau). Instead of a simple revenge murder, Zastrozzi wants to destroy his mark from the inside: “He must be made to send himself in his mind to hell.” For this, he sexually manipulates Matilda (Starlise Waschuk), who craves him because he doesn’t want her, into seducing and torturing Verezzi.

This black-box production on The Cultch’s Culture Lab stage, from Star & Moon Productions, doesn’t really know what to do with the actual words of the script. Seemingly afraid the comedy is dated, everyone assumes a jarring accent—Zastrozzi, inconsistent from his first monologue (“I am heffing a nightmare”); Matilda, for some reason French (“You were preoccupied ze last time I came to you—and ze time before zat”); and Verezzi, apparently basing his Italian accent on those of Roberto Benigni and Luigi (as in Mario’s brother). What you get is a cast that, for most of the play, refuses to get inside their characters.

Giacomo Baessato, as Zastrozzi’s slavish accomplice, Bernardo, is a highlight, ripping into chicken bones and achieving the thinking-out-loud quality the playwright is going for. But even if it were fully embodied and free of technical flubs, this is a cheap play of caricature, theoretical knots, and rape jokes. Walker is supposedly an original, daring voice in theatre, but this is all too familiar: the status quo in another guise.

Zastrozzi: The Master of Discipline runs until June 21 at The Cultch.