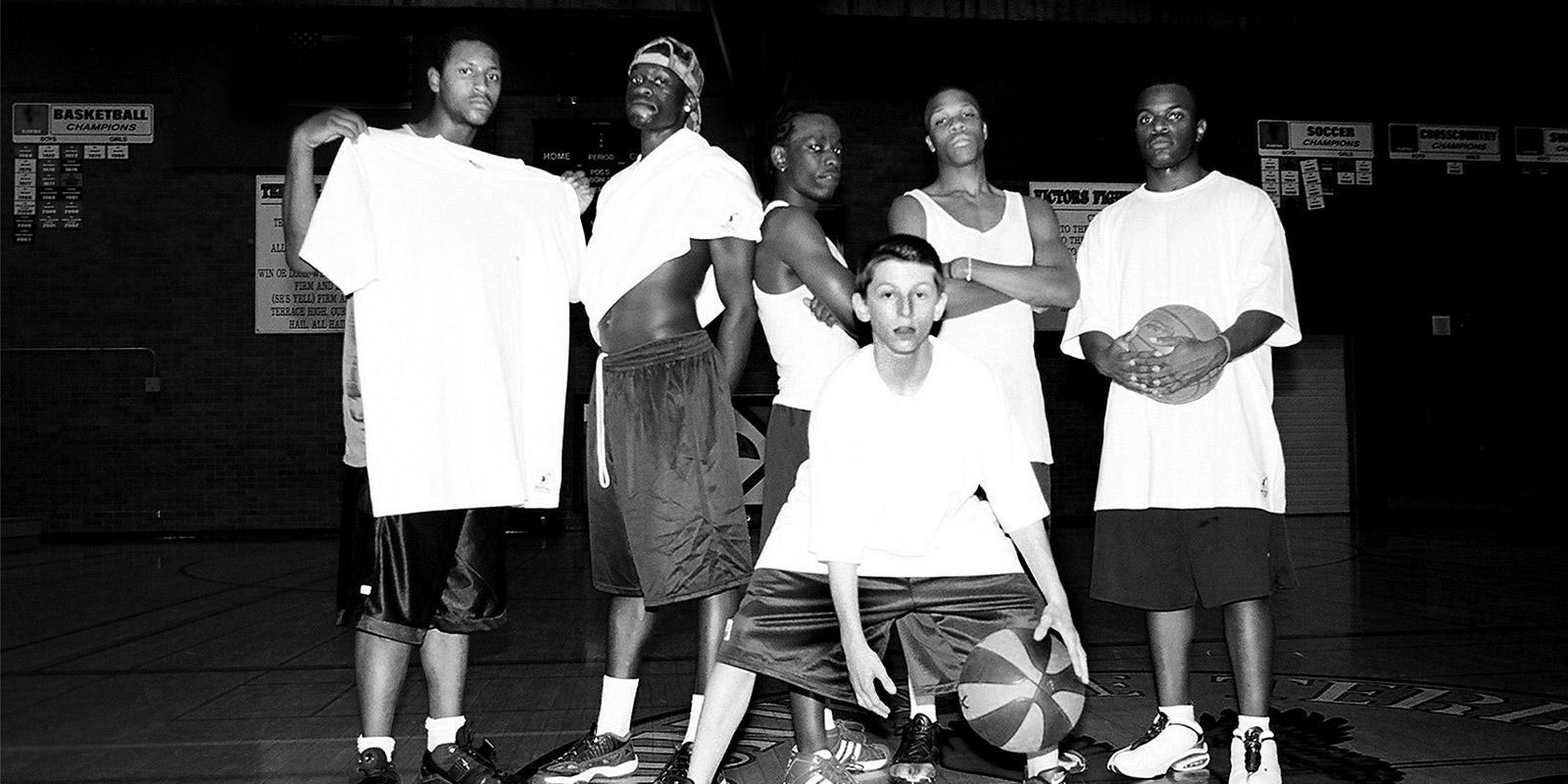 It was the summer of 2001: the Grizzlies were gone, but the NBA was still sponsoring events in Vancouver. The dream of a coast-to-coast rivalry with Toronto was over, but there was, for a moment, room left in the game for a handful of high-schoolers to find themselves playing streetball—with an audience—on the pavement outside Science World. It was a summer of love: the fans were naturally romantic about the sport, and the players were protective of the subculture about to lose the spotlight.

“It was a special moment in the culture of the city; it’s something that maybe is a little forgotten,” is how filmmaker Jeremy Schaulin-Rioux puts it. He was there with a DV camera and a filmmaking partner, Kirk Thomas. The camera found Joey Haywood, David and Jonathan Mubunda, Mohammed Wenn, and others: a group of unheralded, supremely talented players who, unlike the Grizzlies, could bring an audience to ecstasy with their mix of high-wire theatrics and daring creativity. They were all about the same age: on the cusp of graduation from high school, with no career ambitions beyond what was in their hands: the ball and the camera. And so an agreement was forged, where Schaulin-Rioux and Thomas could shoot, and what would become known as the Notic Streetball Crew (after the Roots’ “The ’Notic”) would play.

The filmography that resulted isn’t prolific: two highlight compilation videos and a new documentary premiering this week at VIFF (and the recipient of its 2021 Best BC Film award) that takes a retrospective angle on that footage. But it remains meaningful for several reasons. Streetball, unlike organized basketball, never had the benefit of broadcast deals, had no school records, and wasn’t  recognized as a sport by the Olympics. It exists, like the early work of dramatists and comedians, as legend and word-of-mouth, without the confirmation that comes when they cross over into film and television.

Their names were never on the backs of an official jersey. The video count stopped at two because after graduation, the pressures of adulthood curtailed the long summers of adolescence, when it was possible to carve out time to practise and film moves. So this might all seem a little banal, yet the Notic crew did leave an impact.

“That was the era when it went from a city that was based on superfundamental, super-coach-driven basketball to all of a sudden seeing kids everywhere trying new ideas, trying new moves, imitating but also inventing their own stuff,” Schaulin-Rioux says. This isn’t exaggeration: the group, in addition to the tournaments they travelled to and dominated, was featured in Slam magazine, feted by the And1 sponsors they’d once emulated, and motion-captured (and underpaid) for three NBA Street video games, which were developed by EA’s Burnaby studio.

Inevitably the question comes up, then: if they were so good, and they were having an impact on the game, why didn’t they ever play in a league? Why weren’t they drafted?

“As we’ve gotten older, the guys’ stories have evolved,” Schaulin-Rioux says. “And we saw there’s a lot more here than just a highlight segment.” Some of the most captivating footage in the new documentary, Handle With Care: The Legend of the Notic Streetball Crew, shows the players off the court. One montage partially explains the draw of streetball: coming from schools across the Lower Mainland (Magee in Vancouver, Burnaby South, Guildford Park in Surrey), they all knew gyms were where the best players ought to be. But as first-generation immigrants, many from East Africa— of the Notic’s members were Black—school was an inhospitable environment. Coaches told players to either blend in or leave. Memories of being told to stop playing “rap ball” or “jungle ball” resurface in the documentary’s interviews. As recent stories from these same school districts indicate, there is a throughline to this kind of racist exclusion.

Streetball became, away from the heavy hand of coached drills, a place to cultivate a lighter touch. While the camera picks up on jaw-dropping moves, for the athletes the experience was about building something that felt human, unlike the dehumanizing experience they’d had in school. Spending hours together on the court, it’s not surprising they refer to what they had as a family. “It felt like serious love,” Wenn says in the film.

The later sections of the documentary follow the star of the group, Haywood, the sharpest shooter of the bunch, as an example of incredible dedication to a vocation, as well as the limits circumscribed by the system of organized sport. “He still makes his living through basketball, through camps and exhibition games and tours and promotions, and so we thought more people need to see how special this guy is,” Schaulin-Rioux says.

Haywood kept at it. He decided that even if streetball restored the joy of the game to him, he’d be willing to sacrifice some of the improv and style points to prove he could make it in basketball. He found a home at Saint Mary’s University in Halifax, where he set school records, pushed his team to a dominant winning record, and played in a CIS all-star game hosted by UBC—where, in a recurring nightmare from his high-school days, he was benched after sending the crowd to its feet. But the NBA had little interest in a Canadian university athlete playing over-age seasons (by this point he was in his mid-twenties). As any parent can tell you, the classifying of sports abilities starts early. For Haywood and official recognition, it was too late.

“If you have that streetball mentality in Canada, especially Vancouver, you’re an outcast,” Haywood says in the film’s opening. One might read that as merely an expression of bitterness at being denied a dream. But Schaulin-Rioux and Austin place it in another context: Haywood followed the unexpected influence of those old streetball videos to events in Japan and China. There we get a glimpse of his moment in the sun, with hundreds of fans adoring his every move. “He’s always been a supermagnetic personality on and off the court, and I think that in Asia they just gave him a little bit more of a chance,” Schaulin-Rioux says. The videos, the crew, the world outside of leagues and statistics: these are the not-insignificant results of the Notic’s two decades.