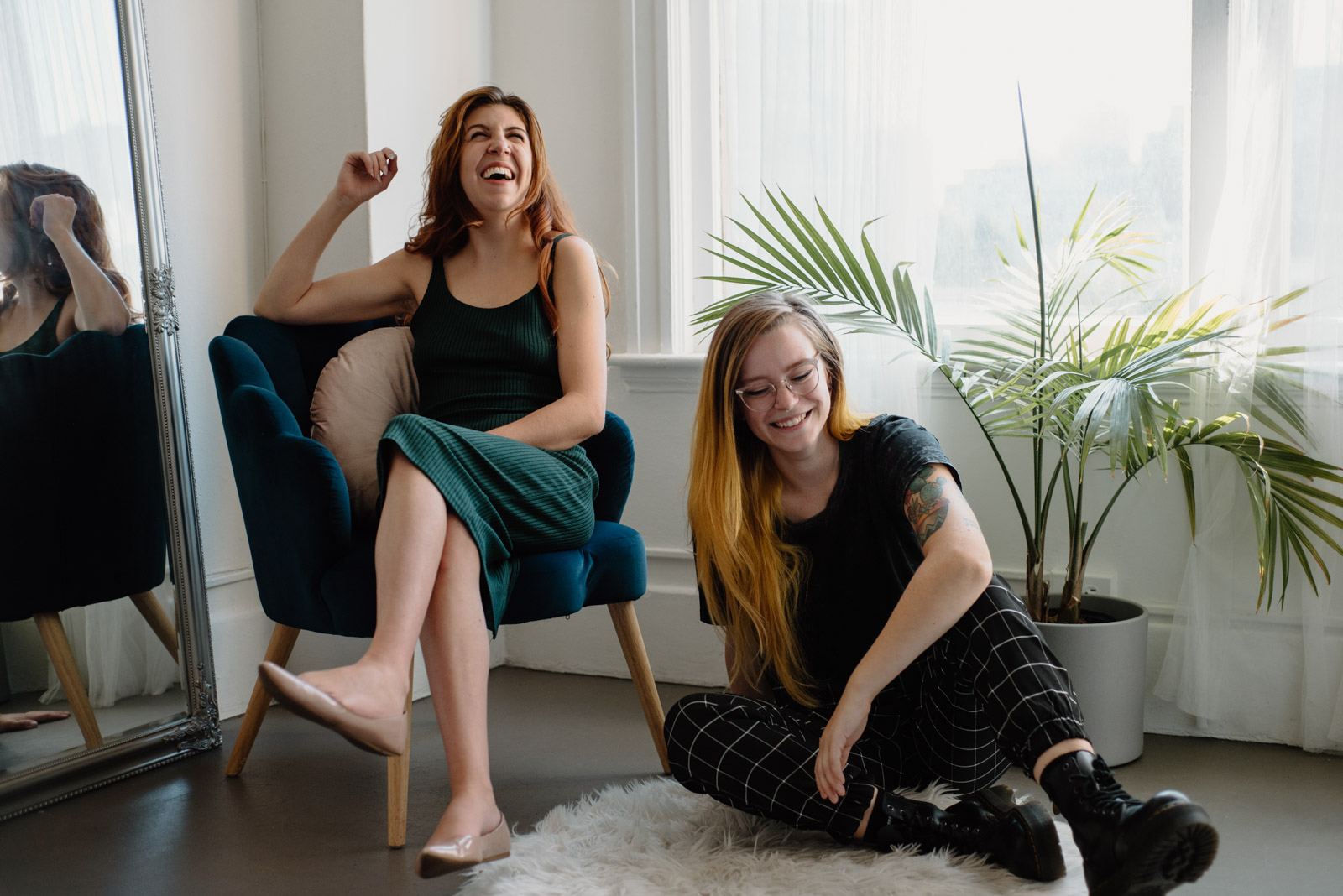 “Oh, that’s so cute. The lighting! Oh, yessssss. I love it.” Lindsey Blane and Veronica Bonderud huddle over a Nikon D750 camera, flipping through the photos Blane just snapped of Bonderud.

Light is a universal obsession for photographers, but for Blane and Bonderud, it’s an entire business model. Their tiny studio nests on the ninth floor of the Dominion Building, a Napoleon III–style wedge at the corner of Cambie and Hastings that was the tallest commercial building in the British Empire on its completion in 1910. For the studio, the appeal is not the height but the open trapezoid of Victory Square to the south, which funnels a warm golden glow in through the whitewashed windows.

Precisely a year ago, Bonderud and Blane took over the 200-square-foot room, repainting and decorating it to create Juicebox Studio, a white box they use for their own photography and rent out to other artists⁠—many of them other young women and LGBTQ people. Photographers come for the inexpensive rent and, most of all, the natural light⁠—which shifts from a gentle soft glow in the morning to long, elegant shadows in the afternoon.

In photography, the significance of a women-led business takes on another layer. It’s not just that photographers have often historically been men but that photography as an artform has been dominated by men photographing women. Bonderud, Blane, and their studio represent a younger wave of photographers who are taking a different approach—personalized, accessible, and often by and for women.

Bonderud often shoots boudoir photography and photos for burlesque dancers. She says her clients are thrilled to have a woman behind the camera, someone who understands how they want to express themselves.

“I would say that 90 per cent of my boudoir clients, when they book me, it’s for them,” she says. “This shoot isn’t for anybody. And yeah, occasionally you’ll get, ‘Oh, this is for my husband on my wedding day,’ and that’s great, but also, you know, these photos are going to be for you.” 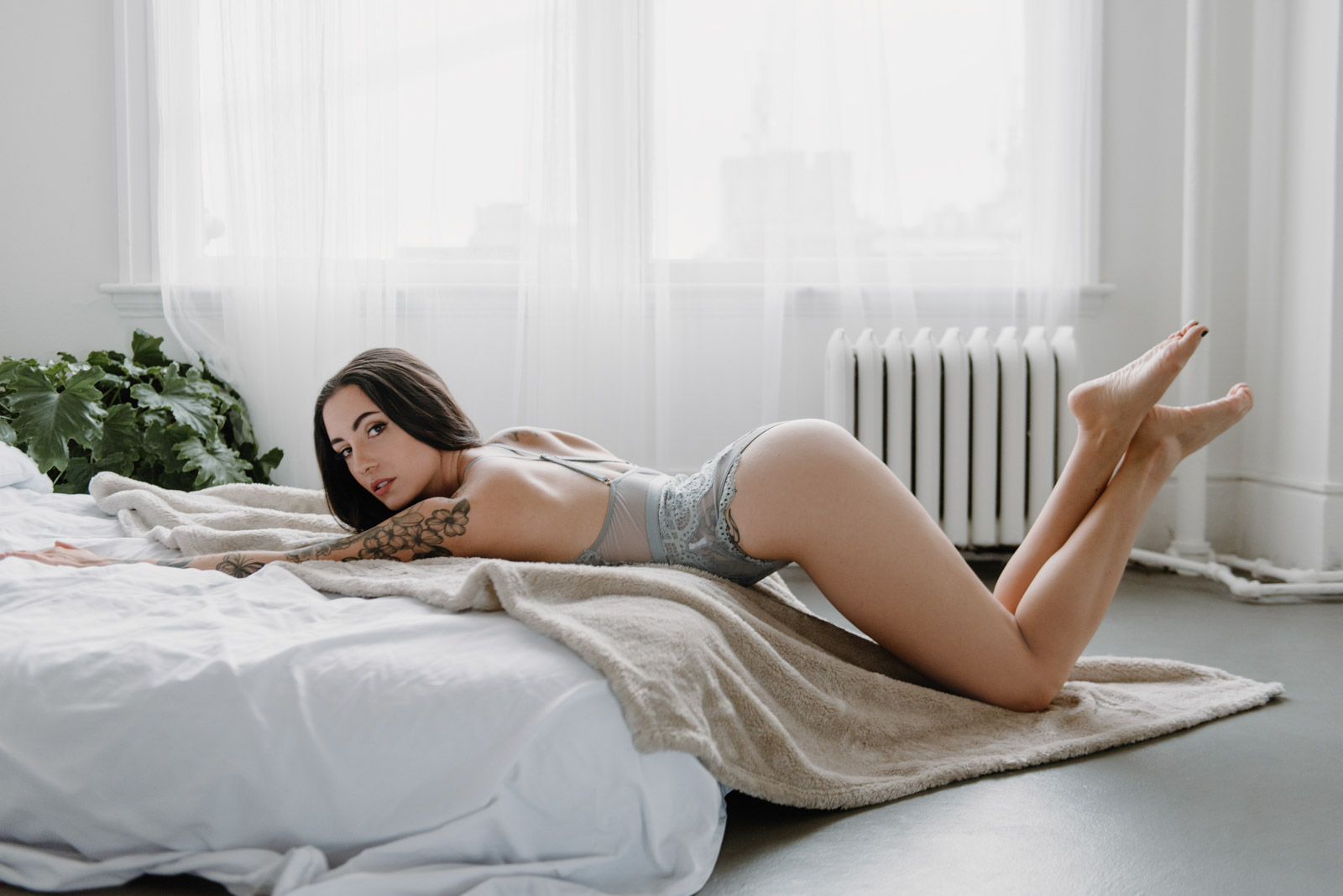 It is important to both of them, she says, to make sure their clients are happy and comfortable. “I find with male photographers that they can just focus on getting the shot.”

Blane, who often shoots for artists, actors and musicians, cuts in: “I think we have the ability to put ourselves in other people’s shoes,” she says. “Not to say that men don’t, but we’re maybe a bit more aware of the stereotypes and the body issues.” 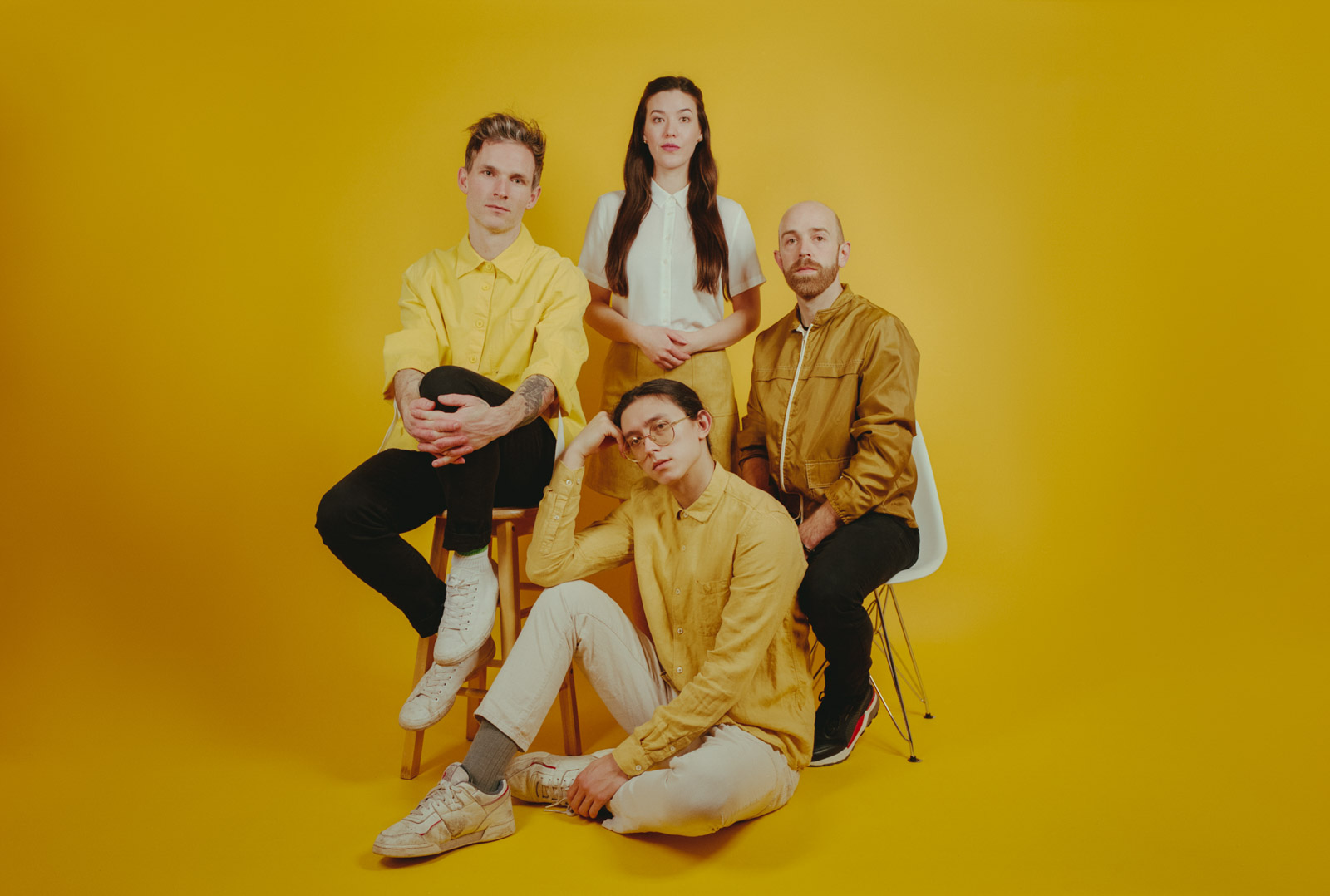 Blane says her clients tell her about working with male photographers who make fun of them or make them feel judged. “We really try to provide our service without judgement, and I think that really drives our business,” she says. “I don’t want to generalize, because not all male photographers are like that, but I think in our industry those experiences are very common.”

As photography has become more personal, Blane says, it’s also become more ubiquitous. Her musician clients often want not just a photo shoot but a photographer who can create an entire aesthetic, a personal brand to be published across social media. Part of Juicebox’s low-cost, low-tech appeal is accessibility and affordability for young people who want photography as a daily branding exercise, not just an occasional indulgence.

While the democratization of photography is a good thing, Bonderud adds, access to cheap digital cameras and a side-hustle culture has led to a glut of new photographers. Many of them, she says, pump out predictable Instagram-ready photographs that all look the same, photographer to photographer.

“Everyone has a camera. Everyone has one in their pocket,” she says. “Millennials are all such hobbyists, and we all love picking up something new, but it doesn’t necessarily last. We’re a now generation.”

Bonderud says people often ask her how to get into photography. But as inexperienced photographers abound, she says there’s now a premium on artists who shoot not only with the right equipment but also with training, originality, vision, and creativity.

“I tell them, If you really want to get into photography, go buy a cheap DSLR and take pictures of your friends. But if you actually want to make it a career, you have to put in the time. And that’s what separates the professionals from the side hustlers.

“Photography is still an artform at the end of the day. It’s not just for Instagram.”