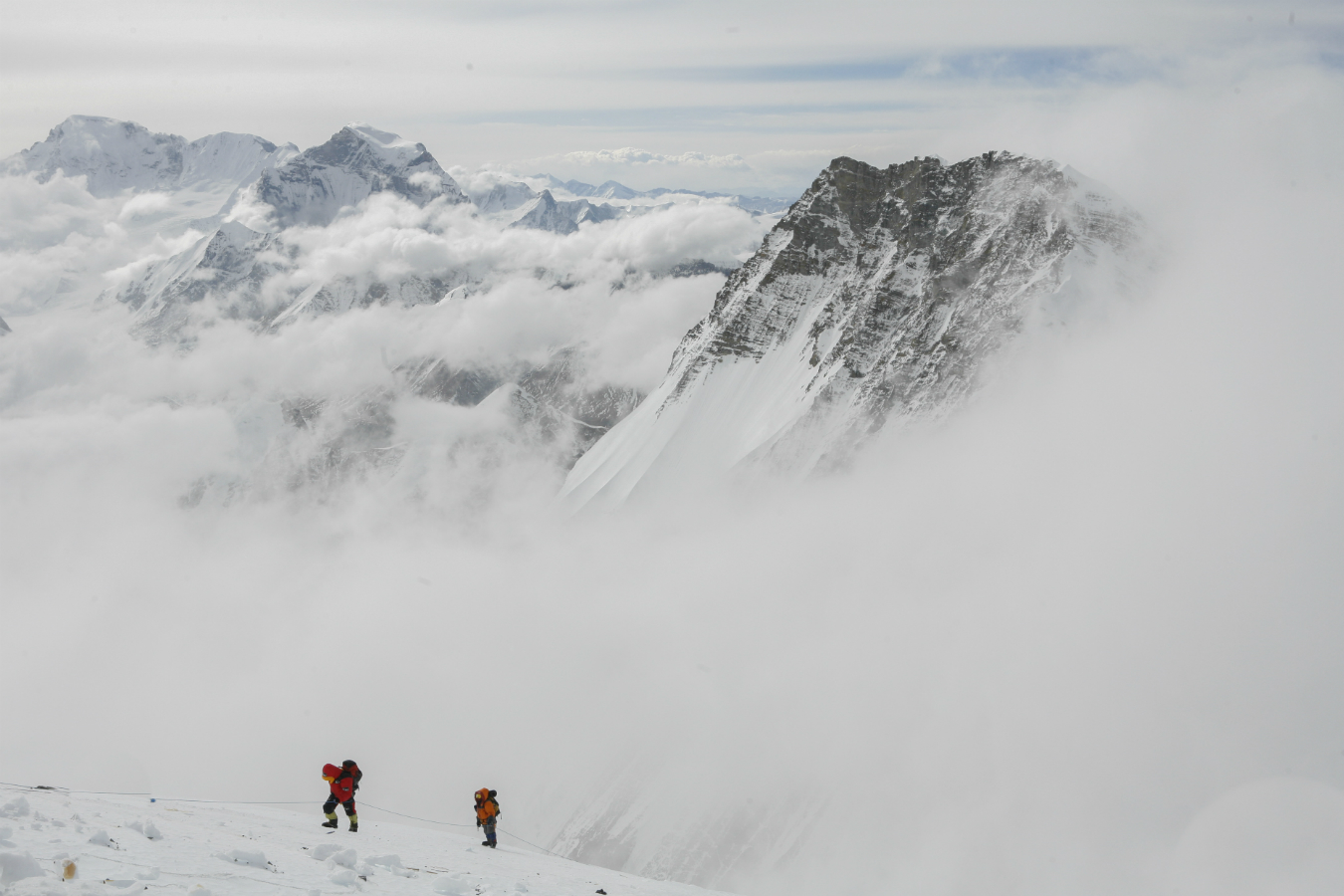 Still from “Sherpa” by Jennifer Peedom.

If culture is most broadly defined as a “way of life,” then people who embrace mountain culture are practicing common values such as celebrating untracked (and uncharted) wilderness, and implementing a simple, minimalist ethic that, as the saying goes, takes only photographs and leaves only footprints.

In fact, people in cities have long been enthralled with presentations by explorers and mountain climbers who have visited far-off lands. After the Great War, British climbers attempting to scale Mount Everest travelled throughout Europe and even to North America, enchanting audiences with stories of great beauty and hardship. And before there were photographs and movies, there were, of course, books. Indeed, the plethora of adventure yarns—which, broadly extended, includes everything from Mark Twain’s exploration of the Sierra Nevada gold fields to Into Thin Air, Jon Krakauer’s epic survival tale on Mount Everest—is known as “armchair mountaineering.” Almost a century later, watching a great adventure documentary is a mere tap on the iPad Netflix icon away (pro tip: start with the great Valley Uprising, about climbing in the Yosemite Valley in the 1960s and ‘70s).

But a strange phenomenon is taking place, too, where around the world, mountain culture and film festivals are proliferating. Think of these events as the TIFFs and Sundances for the Gore-Tex and North Face crowd. And Vancouver has one of the best festivals in the world, thanks to Slovakian émigré Alan Formanek, who started the Vancouver International Mountain Film Festival (VIMFF) because he saw the success of the Banff Mountain Film and Book Festival and wanted to do a grassroots-style gathering that would bring the mountain community together in North Vancouver. He knew that every year, a lot of good mountain films did not get shown at Banff. These are often more intimate, less corporate shows that perhaps speak better to the roots of what mountain culture is about, rather than following someone with a bunch of logos plastered all over their skis as they whoop and holler and shamelessly plug their sponsor’s gear.

This year, the VIMFF (Feb. 10 to 18, 2017) is celebrating its 20th anniversary—no small feat in a world where the internet daily serves up hundreds of hours of new footage on rock climbing, skiing, hiking, paragliding, and sports that don’t even really have names yet.

Some of the highlights of this year’s festival, for which I am the board chair, include solo mountaineering in Patagonia and British Columbia by local climbing legend Marc-Andre Leclerc; stand-up paddling in the Great Bear Rainforest by Norm Hann; ski mountaineering in the Selkirk Mountains by Greg Hill; and a voyage of Arctic discovery by the intrepid Vallely family from North Vancouver.

And there is more to do than just watch movies. Presenters come from around the world to give TED-style lectures on the lessons to be learned from dreaming big and taking risks. It’s inspiring to hear how people have overcome serious odds when it comes to physical hardship, pain, and deprivation, and hear them describe the rewarding (if intangible) feelings of accomplishment. This year, international presenters include trail and mountain ultrarunner Joe Grant from Colorado, Lakpa Rita Sherpa (who has climbed and guided Mount Everest a mind-boggling 17 times, and had a documentary, Sherpa, made about him), and elite level Swiss rock climber Nina Caprez, who is also an accomplished filmmaker.

Over the past 20 years (I was a judge at the second festival in 1998), technological advances in cameras and video editing technology have meant that audience members are literally sharing a tent or belay stance with the filmmaker. Cameras smaller than a deck of cards can now take glorious high-definition video from the depths of a limestone cave or the summit of Himalayan peaks.

Correspondingly, the athletic talents of rock climbers, trail runners, backcountry skiers, and paddlers have skyrocketed as well. These skilled physical specimens eat, train, and plan their expeditions with the meticulousness of any professional—all the while mastering the nuances of filming in the most inhospitable environments in the world.

Throughout it all, though, one thing that hasn’t changed is the importance of storytelling. One film is all it takes to see what I mean.