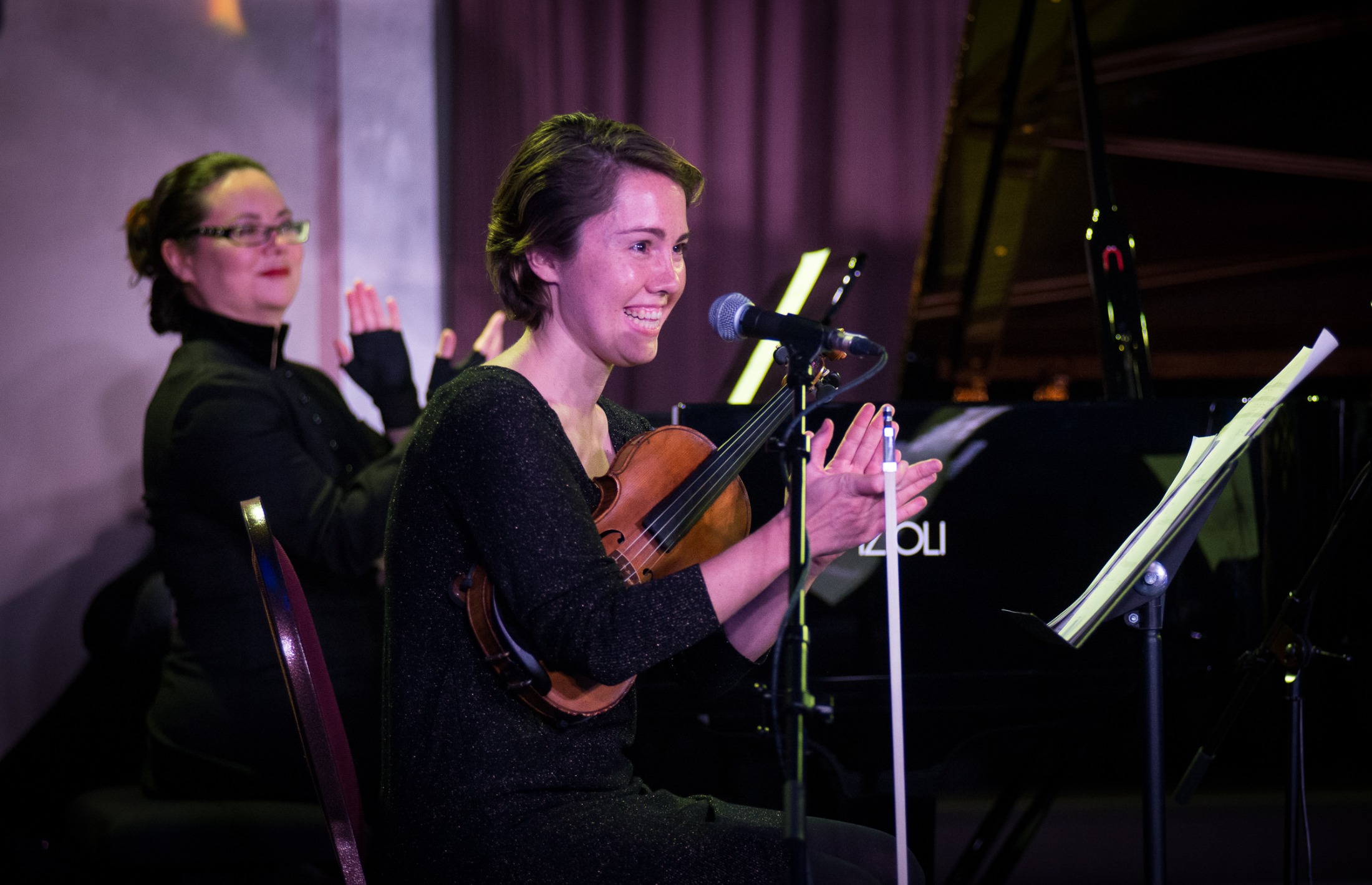 Composer and violinist Caroline Shaw (centre, with pianist Rachel Kiyo Iwaasa, left) at the 2016 Music for the Winter Solstice. Photo by Jan Gates.

Caroline Shaw is excited to be returning to Vancouver. An internationally celebrated composer and musician who is equally at home in the classical and pop worlds (and collides them when she can), Shaw has won the Pulitzer Prize for music, collaborated with Kanye West and, earlier this year, released Orange, an album of genre-bending chamber music with the Attacca Quartet.

Shaw is coming to the city to perform in Music for the Winter Solstice, an annual concert produced by Music On Main, and one that she has taken part in before. It may not be as high profile as her recent date in London, England (reviewed by The Guardian), but it is, she says, a tradition dear to her heart, and one she is delighted to be returning to. 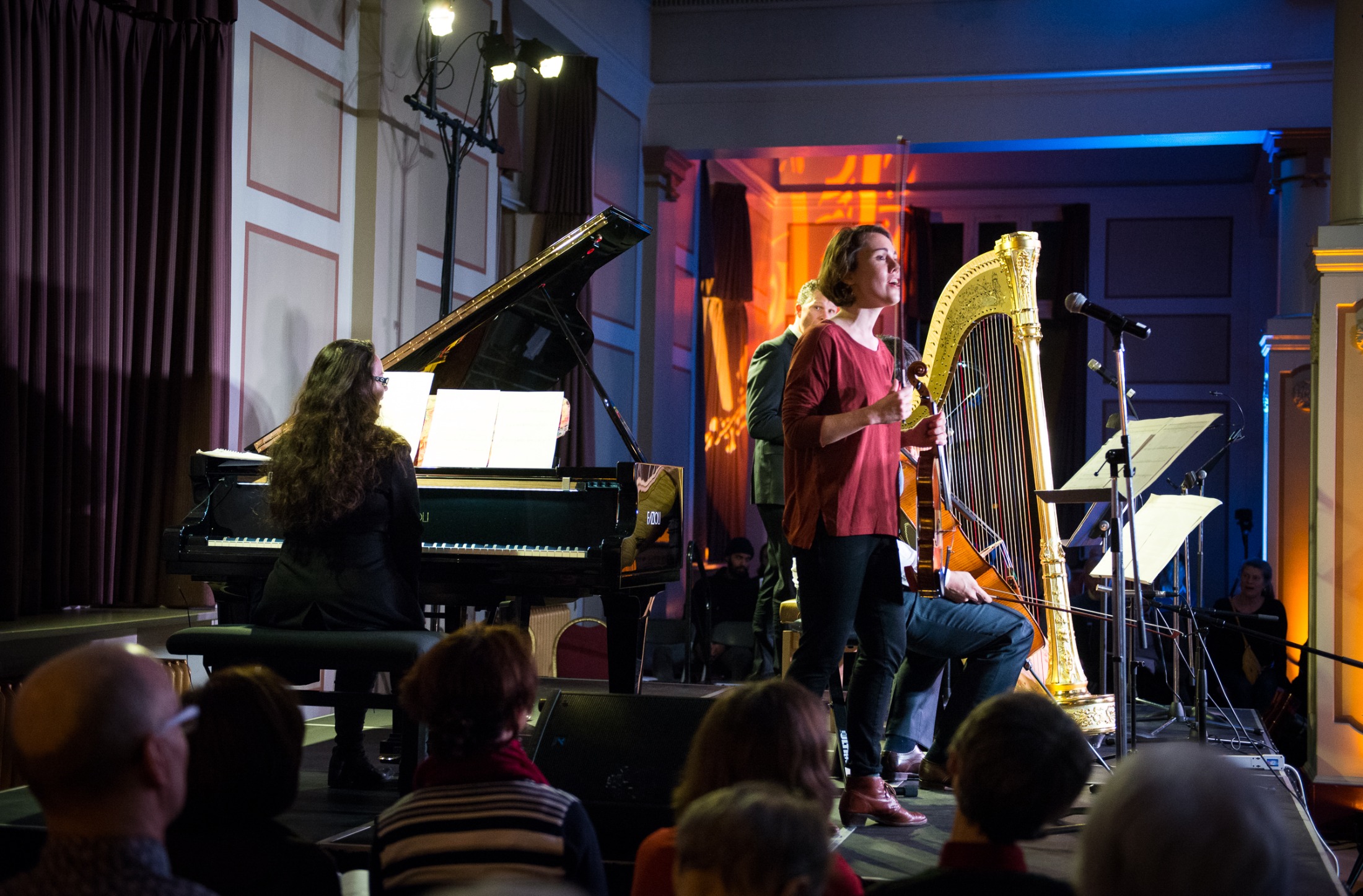 Caroline Shaw at the 2015 Music for the Winter Solstice. Photo by Jan Gates.

“I love that it’s a really warm alternative to the traditional holiday concerts that happen everywhere in December,” she explains by phone from her New York home. “I love how it focuses on the passing of time, and the turning of the calendar, and the winter solstice as something beautiful.

“Any chance to make music in such an intimate setting is something I really cherish and look forward to.”

Held in Heritage Hall, the solstice concert features three musicians who play solo and as an ensemble from a repertoire they have selected as individuals and as a group. The small stage is surrounded by the audience on three sides. It’s an intimate and magical experience—one of the highlights of the season for many.

“It’s very inclusive,” says Shaw. “The programming feels like an open landscape where everyone can come and mark the passing of time and the season—and it invites all approaches.

This year’s concert will include works by Shaw, Arvo Pärt, Alfredo Santa Ana, the Wyrd Sisters, and Gabriel Kahane. Kahane—who, like Shaw, is a composer/musician who straddles contemporary and classical arenas—is also performing, along with renowned pianist (and solstice concert mainstay) Rachel Kiyo Iwaasa. 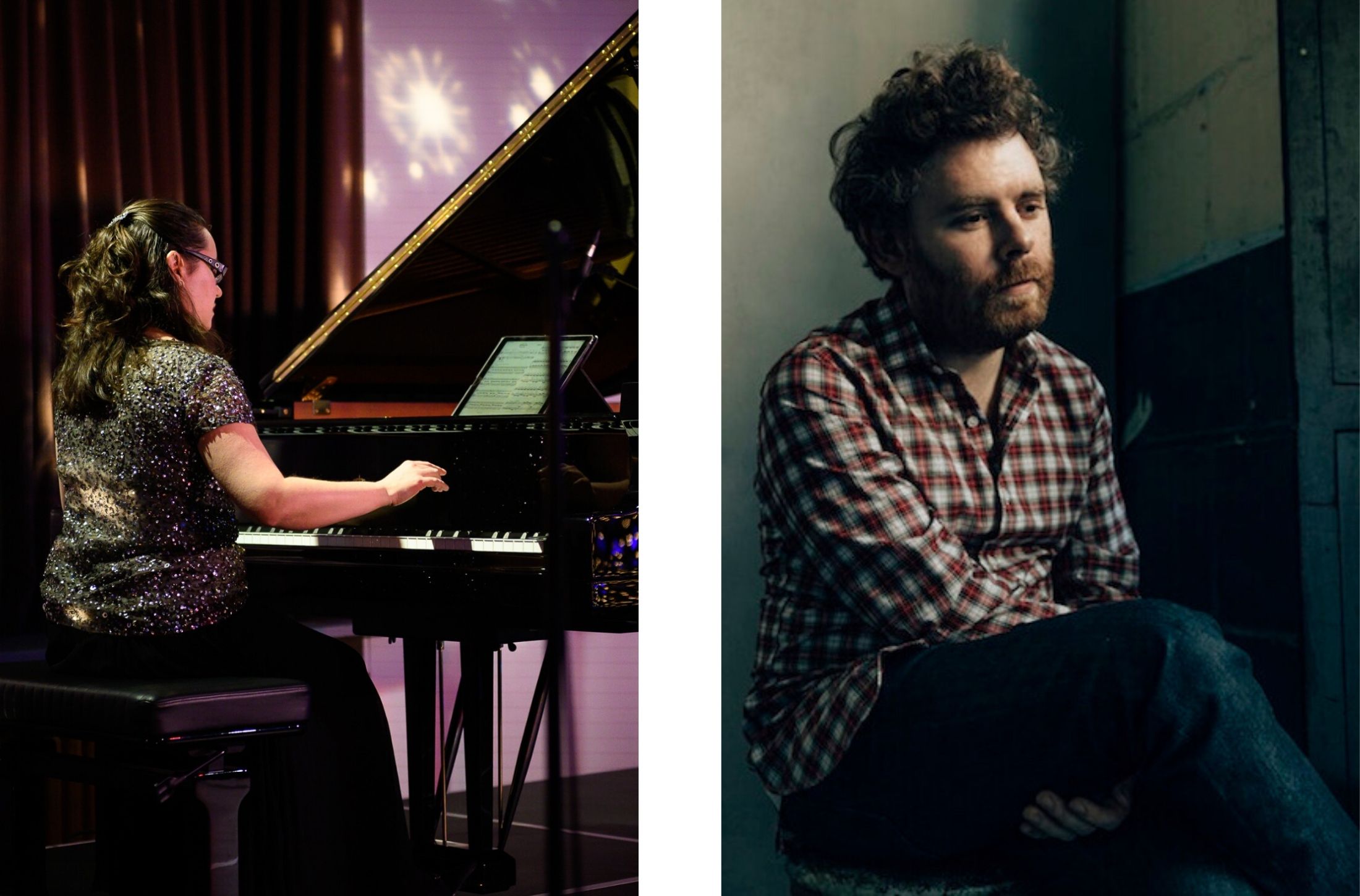 One of Shaw’s own pieces to be performed is Winter Carol, which involves audience participation. The piece is a regular at the concert.

“Teaching the new people in the room the song, and hearing those people who have been there before sing it, and realizing everyone is coming together—a group of strangers who have never sung together before…That’s one of my favourite parts, not just of this concert, but of music making in general,” Shaw notes.

“We come together as people in many ways—through technology and sports and all sorts of things—but we don’t often sing together,” she adds. “I may be idealistic, but I truly believe it’s one of the most important things we can do as humans.

“I really wonder what the world would look like if we sang together more often.”

Music for the Winter Solstice takes place December 11 and 12 at Heritage Hall, 3102 Main Street. For more information and tickets, visit Music On Main.