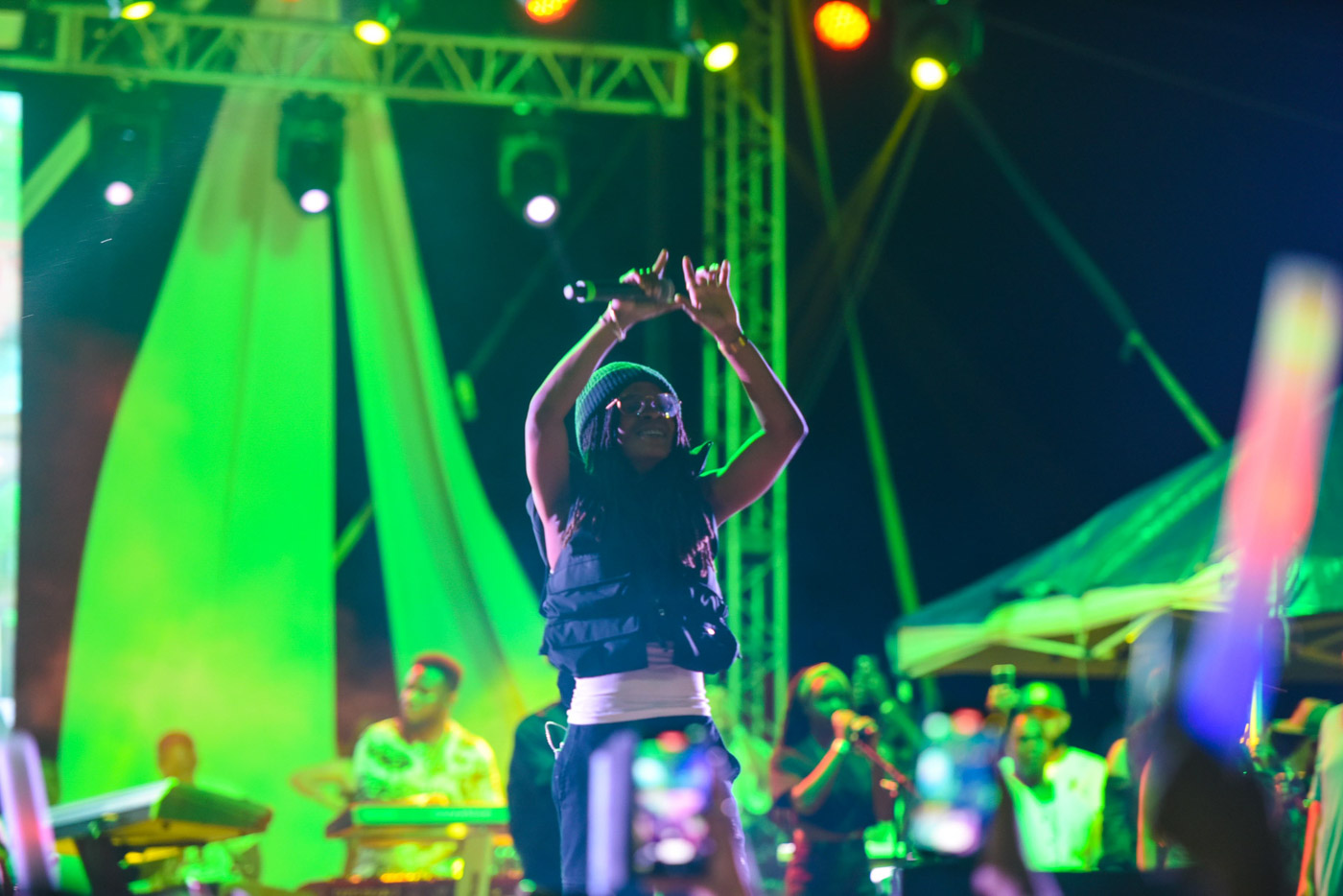 Jamaican reggae artist Koffee performs at the International Music and Food Festival in Belize. Photos courtesy of the Belize Tourism Board.

The announcement had been made a day or two earlier: the dancing restrictions had finally been lifted. It was a Saturday night in February 2022, the Rickshaw was hosting its annual Bowie Ball, and I had a ticket. I danced. And danced. And danced.

The year of live music had begun. And what a year it turned out to be. Small gigs, stadium shows, music festivals—at home and abroad. I joked that I needed to delete the Ticketmaster app before the bank deleted me, but I had found the drug that served me and I was all in. Billie Eilish, Spiritualized, Thundercat, Metric, Sleaford Mods, Florence and the Machine, Kendrick Lamar, Dave, Frazey Ford, The Weeknd, Suede, Lizzo, Gorillaz (twice)…

Sure, back in December 2021, there had been the back-to-back New Pornographers shows at the Vogue—complete runs through two of their albums, one each night. Gigs that happened against all odds, squeaking in before Omicron swept through. I went with my two sons, first in line both nights so we could snag front-row seats. The anticipation was heady: Jay, my eldest, had rushed in when the tour was announced, months before: “Which night shall we go?” The answer was obvious: both. And so we did, not realizing it would be months again before live music was good to play on.

Way back in the straightjacket of 2021 a friend texted to say she had bought tickets for Primavera Sound in Barcelona for the following June.  It would have been a pretty outrageous proposal at the best of times, but at that point in the pandemic, it felt completely impossible. “There is no way we are going to Spain for the weekend,” I responded. “Are we?”

The chances of this ever happening seemed more and more remote until a couple of months before the festival, when I messaged, “Are we actually going to Spain?” Why yes. Yes, we were.

It was, of course, crazy. Crazy hot, crazy difficult to find water, crazy lineups for the beer tents (the first day, easily over an hour). But also simply joyous: a festival crowd filled with freaks, fans, and families. After all the isolation and distancing, here I was, literally rubbing shoulders in a crowd of close to 90,000 people. Crazy.

And the music: Little Simz, Tyler the Creator, The National, Nick Cave and the Bad Seeds, Gorillaz… Who needed beer, anyway? The dopamine high was real and I was flying. I’ve been to festivals before, but this one felt different: maybe it was the heat, or the Catalonian coast, or just that getting here had been such a trip, physically and mentally.

At 17, my youngest son (and most reliable gig companion), Sacha, is a fervent musical polymath, responsible for schooling me in hip hop and introducing me to the likes of Mac Miller and Ezra Collective. Each year, we work our way through the annual top albums and songs lists from The New York Times and The Guardian, adding our favourites to Spotify. At the moment, he is obsessed with Rosalía, whereas I’m all about Nilüfer Yanya. In 2022, our joint obsessions were also women: from the UK, Little Simz and Joy Crookes, along with the Jamaican artist Koffee. 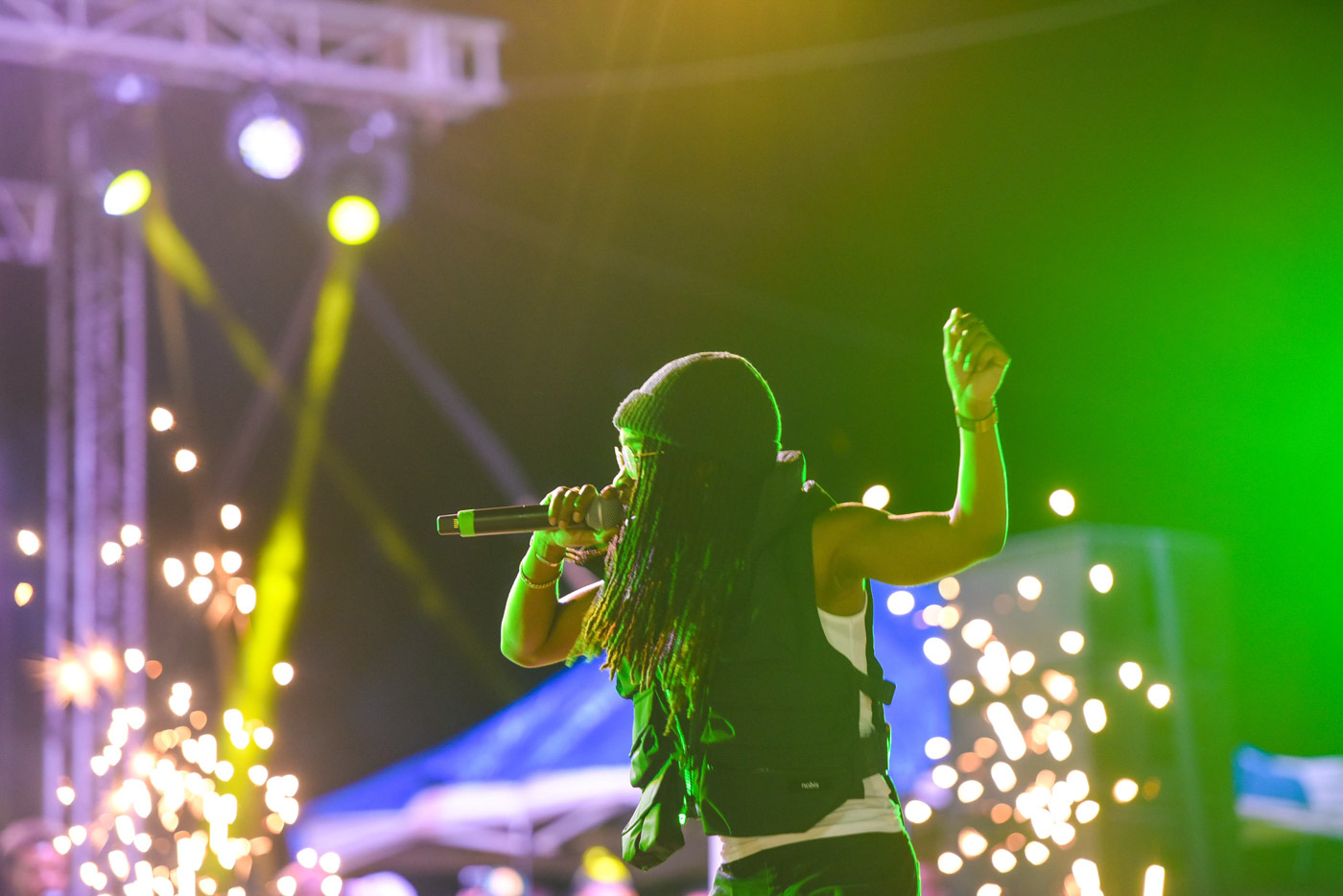 And so, when I was invited to attend Belize’s first International Music and Food Festival in July, Sacha checked out the lineup and gave me a look. Koffee was headlining. A week or so later, we were both at our first Caribbean music festival, spending hours in the pool and trying to nap, knowing the real action wasn’t likely to start until close to midnight.

The festival was held in the town of San Pedro on Ambergris Caye, a narrow spit of an island (the country’s largest, at 40 kilometres long) where locals and tourists alike whizz about on golf carts. It was a huge deal for this tiny country, considered socioeconomically Caribbean, but geographically Central American; a stunning coastline to the east, a dense jungle bordering Guatemala to the west.

These geographical borders were firmly in the music: the Spanish-speaking community up on their feet in full force when the soca and Latin artists played, the islanders embracing reggae and dancehall beats. The dancing—from all quarters—put western audiences to shame, as did the outfits, onstage and off.

The day after Sacha and I flew home, we were at the Orpheum to see Thundercat. A couple of days after that, Jay joined us there for a truly sublime Metric gig. The space where our individual musical tastes overlap fully is—as I’m sure is the case in most families—an oddball mix of artists and genres. The band that unites us most completely is Gorillaz, and yes, I bought three tickets for their Vancouver show because I will not miss sharing these moments with my sons while they are still happy for us to all hang out together. 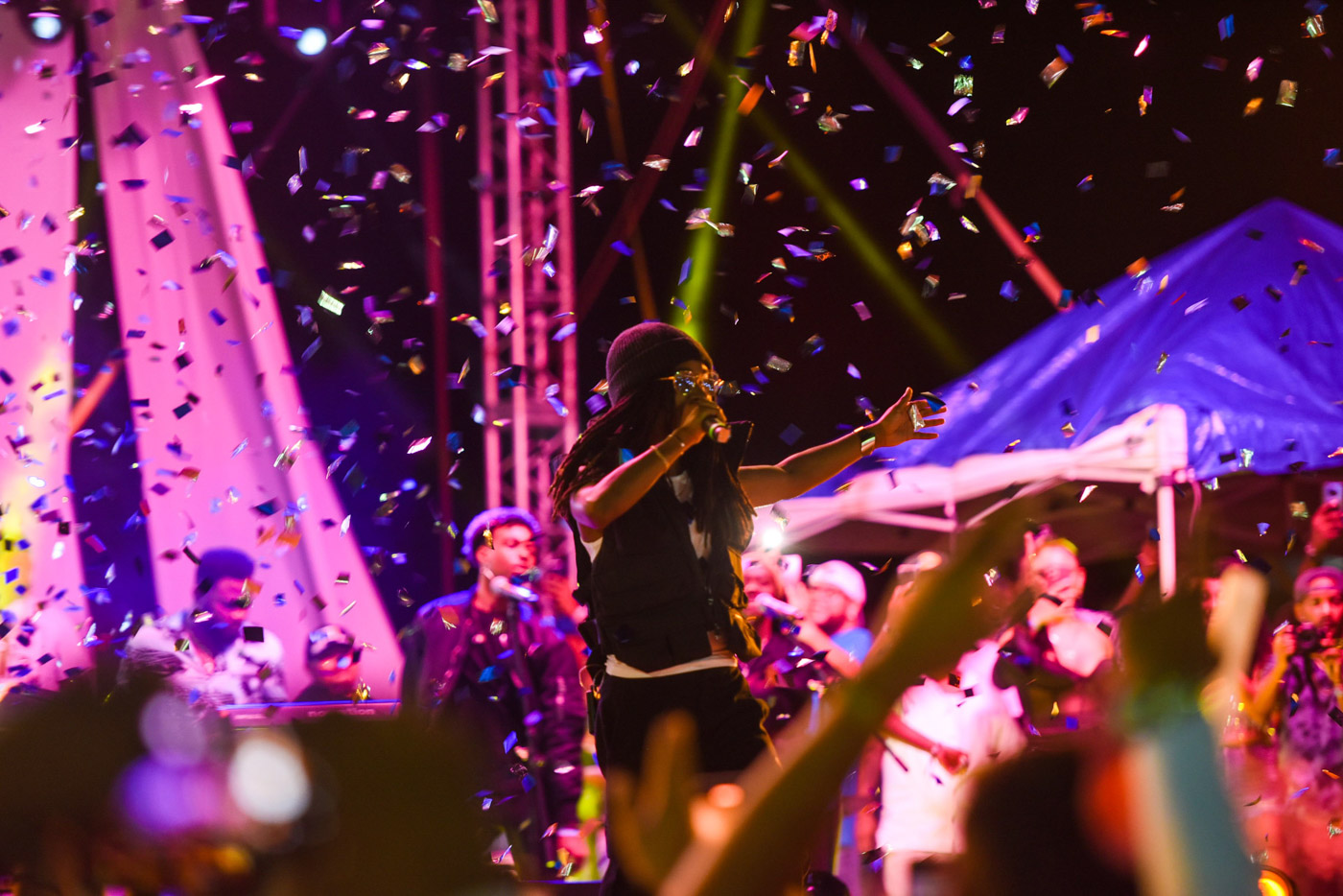 I ended my year of live music closer to home, at the Rickshaw for Keithmas in December, and I will begin this year back there for the Bowie Ball. Beyond that? So far there are three tickets in my wallet for Arctic Monkeys in September, and an ill-formed and financially dubious idea to fly Sacha and me to an Ezra Collective gig in California, or maybe New York…

Because, although the year was full of indelible moments—being upgraded to amazing seats at The Weeknd, the sheer joy of singing and bopping together at Lizzo, seeing Sacha levitate with excitement when LeBron showed up at Kendrick Lamar—the image I will forever love from 2022 is the photo I took of my son in Belize at 4 a.m., glowing in the sweltering heat, a huge smile on his face, dancing to Koffee.

Well, that, and the selfie I snagged with Questlove, but that’s a whole other story.