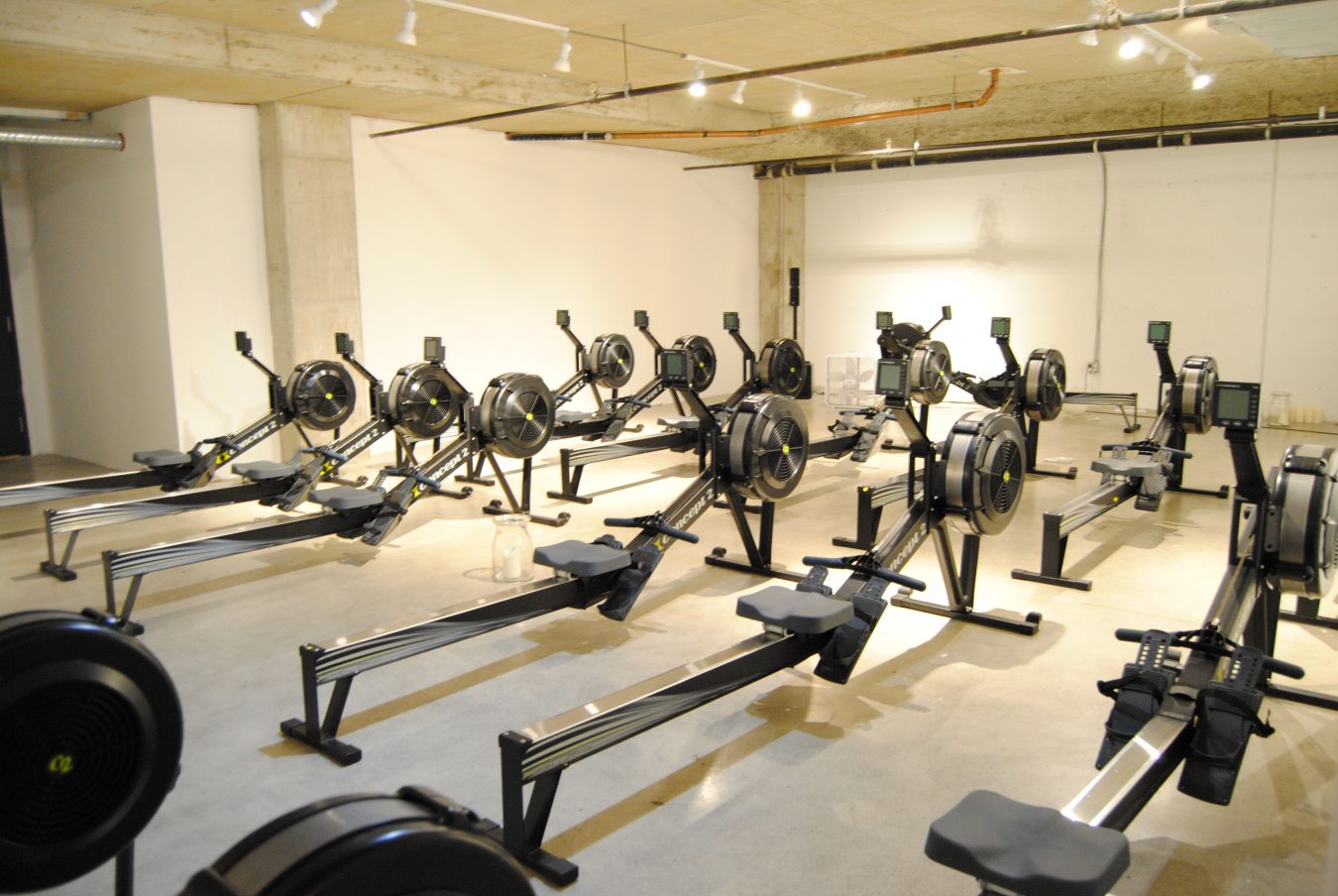 The lights go out and candles flicker with the movement of the room. Speakers blare the sounds of Kanye West and Lil Pump, and you begin to feel the rhythm—bump, bump, bump. At the front of the room, buzzing with excitement, is Nathan Morris. As the music gains momentum, the room begins to feel like a nightclub and the energy builds. Although this moment may have you feeling like you’re in a SoulCycle or a Ride class, this is completely different. No spin bikes are in sight; instead, this workout uses stationary rowing machines. Morris, like a conductor leading an orchestra, moves with the beat and instructs with his voice as he pounds his chest: “Hit, hit, hit.” This is rhythm rowing, an entirely made-in-Vancouver experience.

On the corner of Main and Georgia in Chinatown, Club Row is unlike anything else on the fitness circuit. The class is a bit like spin in the sense that it combines routine with rhythm, but the rowing machine works muscles in entirely different ways. Arms, legs, abs—they all get a turn, and the hope is that the movements are fun at the same time.

Morris started working out on a rowing machine after long-distance running gave him knee trouble. Although he says the first days of the sport were “incredibly repetitive,” once he brought rap music into the exercise, everything changed. “It seems like such an obvious idea,” Morris, a familiar fitness figure in the city (he’s the owner of Burnaby Crossfit gym Driftwood Athletics and a coach at other Chinatown hot spot Tight Club), says with a laugh at Dalina cafe after the high intensity class. “When it comes to creative ideas, sometimes there’s just a connection of two simple concepts, and when you look back on it, you’re almost slightly embarrassed of how simple it seems in retrospect.” Rowing and music: the perfect pair.

Still, Club Row has not been received well by everyone; some members of the rowing community disagree with the hyped, stylized classes. Rowing has history and tradition, which Morris does try to honour by spending 15 minutes before each workout educating the class on technique.

And despite the pushback, he is staying positive. “We’re taking a huge amount of pride in that we created this,” he says. At the end of the day, Morris wants stationary rowing to be seen as a great equalizer. “This machine is fun and accessible,” he explains. “It’s about joining in.”

UPDATE, October 2018: Club Row has moved to a new location at Beatty and Pender.