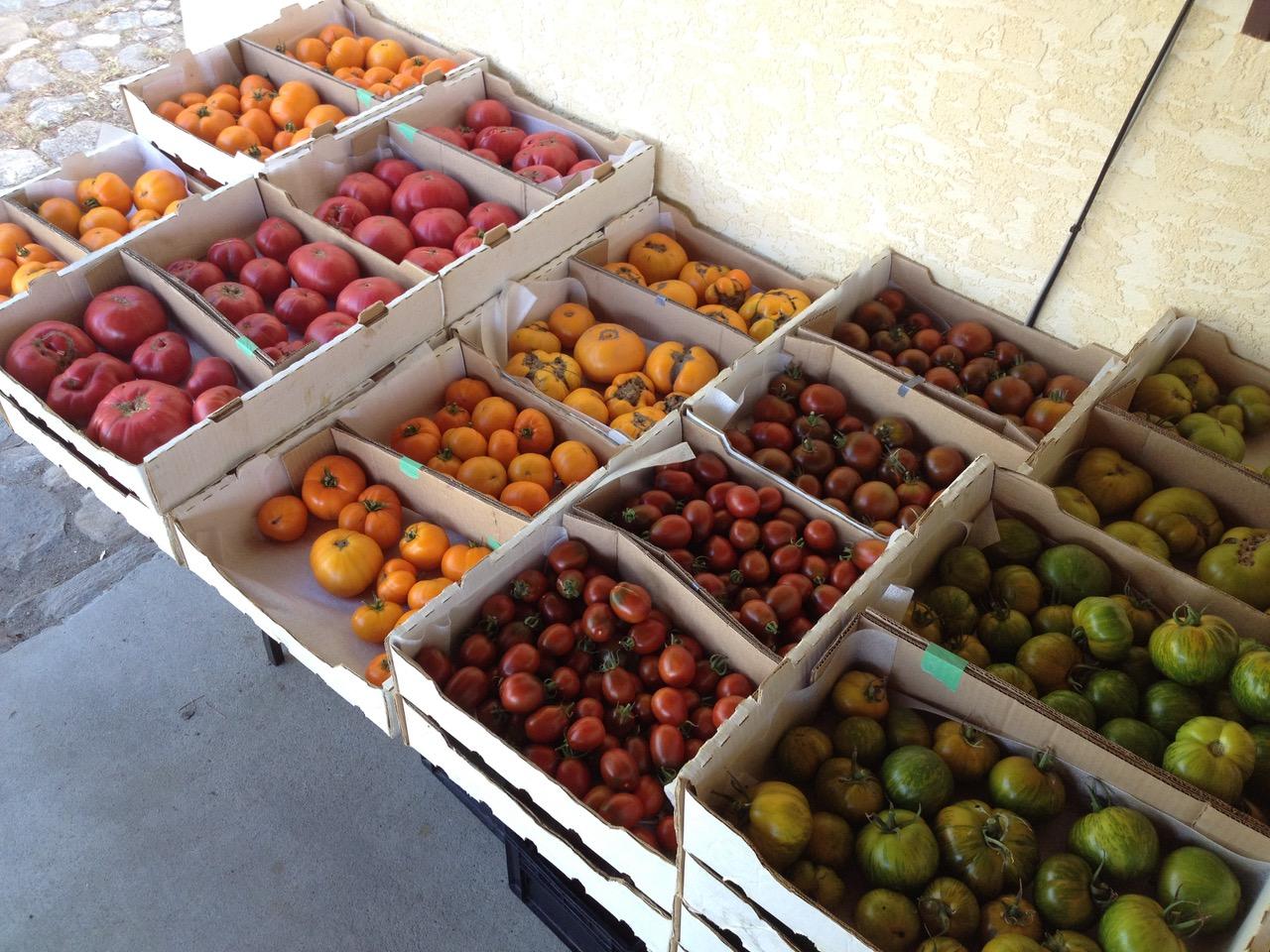 Milan Djordjevich of Stoney Paradise farm in Kelowna treats his heirloom tomatoes with tough love. In the greenhouse, he massages them regularly, running his fingers over their leafy tops to strengthen their stems. He screams in frustration when they grow too quickly and doles out encouragement when their progress pleases him. He hovers over them, cooing like an overprotective parent. “Oh, my babies. You can make me proud. We’re going to make some people happy. Good work. I love you,” he says with affection.

Customers who buy Djordjevich’s tomatoes refer to him as “the tomato guy” or “the tomato man.” Djordjevich has developed a cult following not only for the superior quality of his produce but also for his endearingly eccentric treatment of his tomatoes. He’s unapologetic about who he is and what he does. “If I don’t like you and you don’t get me, you’re not getting my stuff. I don’t care who you are,” he says.

Djordjevich got started with tomatoes in the early 1990s, when his family farm primarily grew grapes—without much success. One day, in search of more customers, he trucked tomatoes down to a farm stand at Granville Island. “I brought a box of tomatoes and some attitude, and the rest is history,” he says.

Those first tomatoes were Early Cascades, a hybrid variety. Buoyed by his success, Djordjevich decided to expand. He pored over the seed catalogue to find other varieties, particularly heirloom ones, which he defines as varieties that are open-pollinated—meaning pollination happens naturally—and that come from seeds passed down over generations. Djordjevich mostly buys his seeds, since saving them requires fermenting them in water. Once a house sitter noticed cups of gunk and mistakenly poured his seeds down the drain, much to Djordjevich’s dismay. 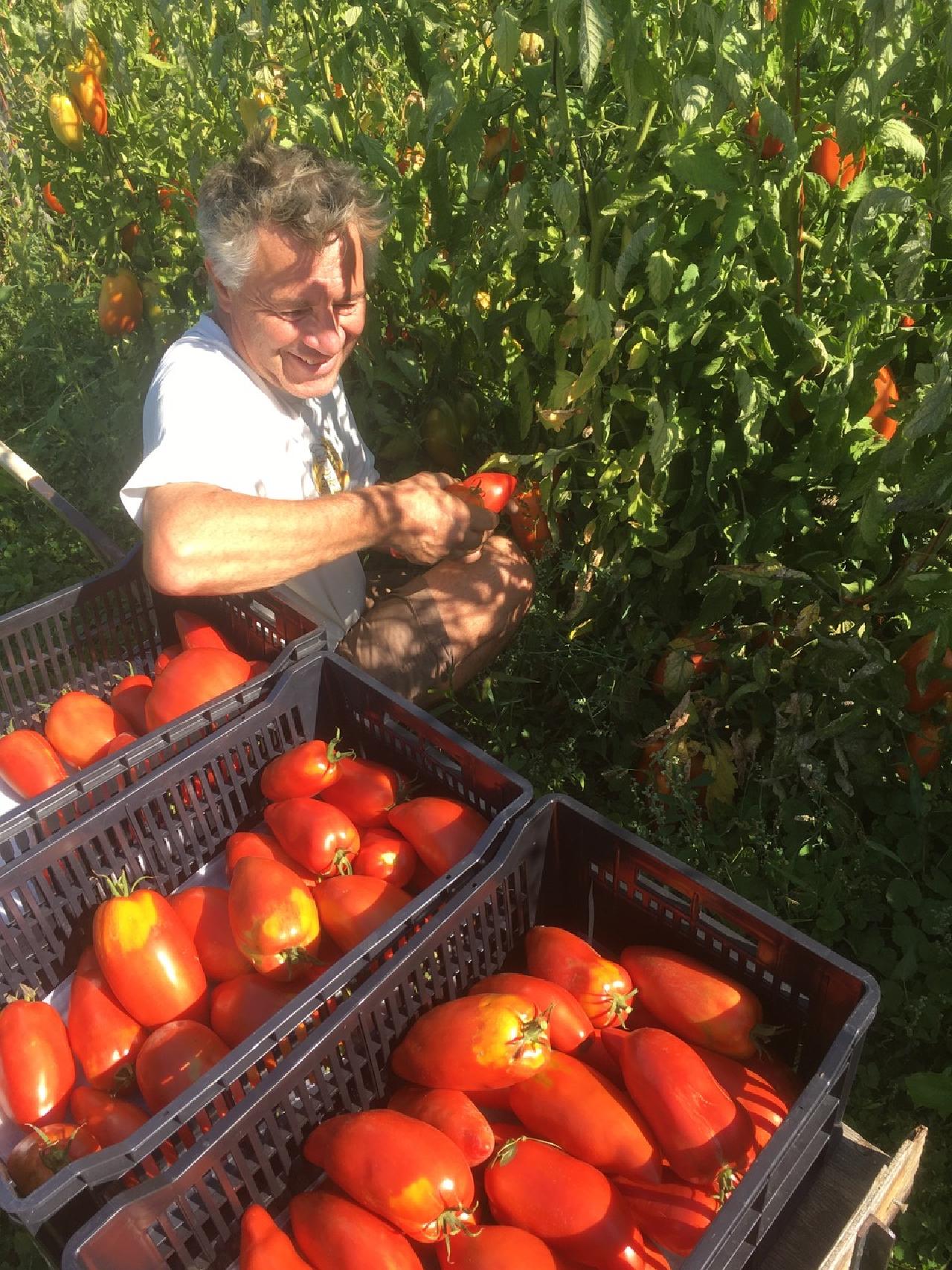 While Djordjevich doesn’t exclusively grow heirlooms, he adores their intensity of flavour. “They have the character that tomatoes are supposed to have. The issue is that a lot of tomatoes have been bred for shipping and storage. They’re bred to last and not to taste,” he says.

Djordjevich hesitates to pick favourites among his heirloom tomatoes, but with some prodding, he names a few varieties. He likens eating the Valencia tomato, a gorgeous orange-coloured specimen, to the pleasure of a fragrant mango. He prizes the Cherokee Green for its sweetness and the San Marzano Redorta for its meaty texture, ideal for big batches of rich tomato sauces and pastes. The dark hues of the Black Prince are strikingly beautiful, but Djordjevich curses them when they split or the plants grow wildly.

Djordjevich is attached to his tomatoes because he nurtures them from seed to final delivery. “Other farmers would shake their heads at what I do. It’s just not practical. I baby the tomatoes,” he says. In early March, he germinates the seeds in his basement, waiting for the tentative seedlings to get larger and gain strength before he moves them to the greenhouse. He puts a tent around them and uses an electric heater to keep them cozy. In May, he transplants them to a larger space and then to the field outside when the weather warms up. “I don’t want them to go out and shiver for weeks,” he says.

With a small shovel, Djordjevich digs shallow holes over half an acre for the 2,500 tomato plants. He places them in an L-shape so the stems are covered with soil and root into the ground. As they grow taller, he ties them to trellises, patiently guiding them in their journey toward bearing fruit. The growing season demands back-breaking work but Djordjevich relishes his time on the farm. He finds deep joy in the soil between his fingers, the fresh breeze on his face, and his daily interactions with the plants.

Djordjevich insists his tomatoes build character and concentration of taste by struggling in inhospitable vineyard soil. Their exquisite flavour also develops from being left to ripen on the vine. Picking them at their peak becomes an art. “It’s a treasure hunt, trying to get the right one. You grab it and turn it a bit to see if it’s consistently ripe,” he says.

Many farmers harvest their tomatoes earlier because they last longer and are less delicate to handle. Djordjevich refuses to compromise on quality, even if picking a ripe tomato involves risk. He lightly cups the tomato as he snaps the joint between the stem and the sepals, the green leaves above the fruit. Any pulling puts pressure on the tomato and could bruise its flesh. If he’s careful, the tomato left in Djordjevich’s hand perfectly embodies fleeting summer. Its earthy perfume intoxicates. 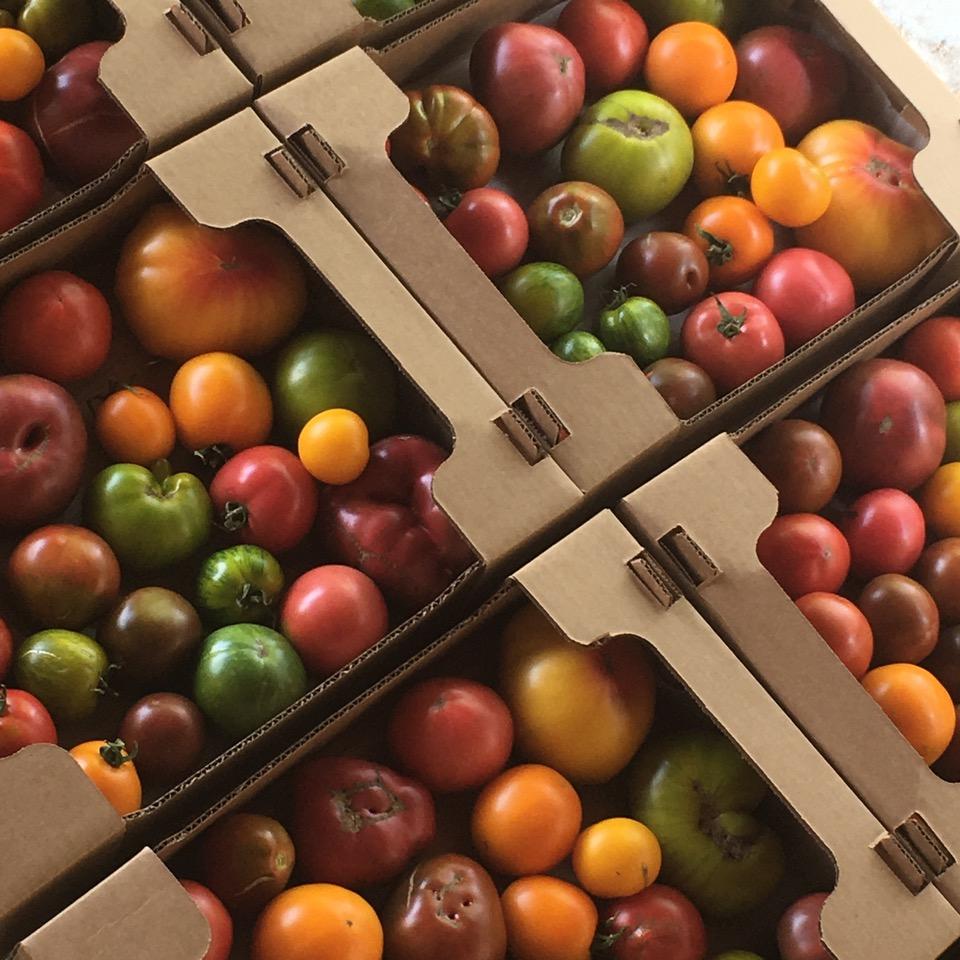 While others pile their tomatoes in buckets for later sorting, Djordjevich places his precious charges directly in the boxes that he will take to markets and restaurants. Over the years, he’s cultivated devoted customers among the top chefs in Vancouver, who transform his bounty into soups, salads, tarts, and chutneys. He met Andrea Carlson at C Restaurant and now supplies tomatoes to Burdock and Co. Gus Stieffenhofer-Brandson sources Djordjevich’s tomatoes for Published on Main after first cooking with them at the now-closed Pear Tree in Burnaby.

Shoppers at farmers markets also eagerly await the appearance of his produce every year, treating his tomatoes with reverence in their home kitchens. They come to chat about his adventures on the farm and the challenges of this year’s crop. “What a privilege it is to have something that allows me to create such relationships with people,” he says.

Ironically, Djordjevich rarely gets to enjoy his tomatoes when they’re fresh. In his mad rush to harvest and get them to market, he doesn’t have the time. Instead, he freezes them for spaghetti alla puttanesca after the season is over. “I feed off other people’s pleasure. That’s the food I like,” he says.

He’s especially rewarded when his tomatoes reawaken people’s palates after years of banal mass-produced ones.

Once someone has a taste of Djordjevich’s tomatoes—sliced, with fresh pepper, a sprinkling of sea salt, and a drizzle of olive oil—they are ruined in the best of ways. “That has been a special thing: creating tomato malcontents that won’t put up with the crap,” Djordjevich says.