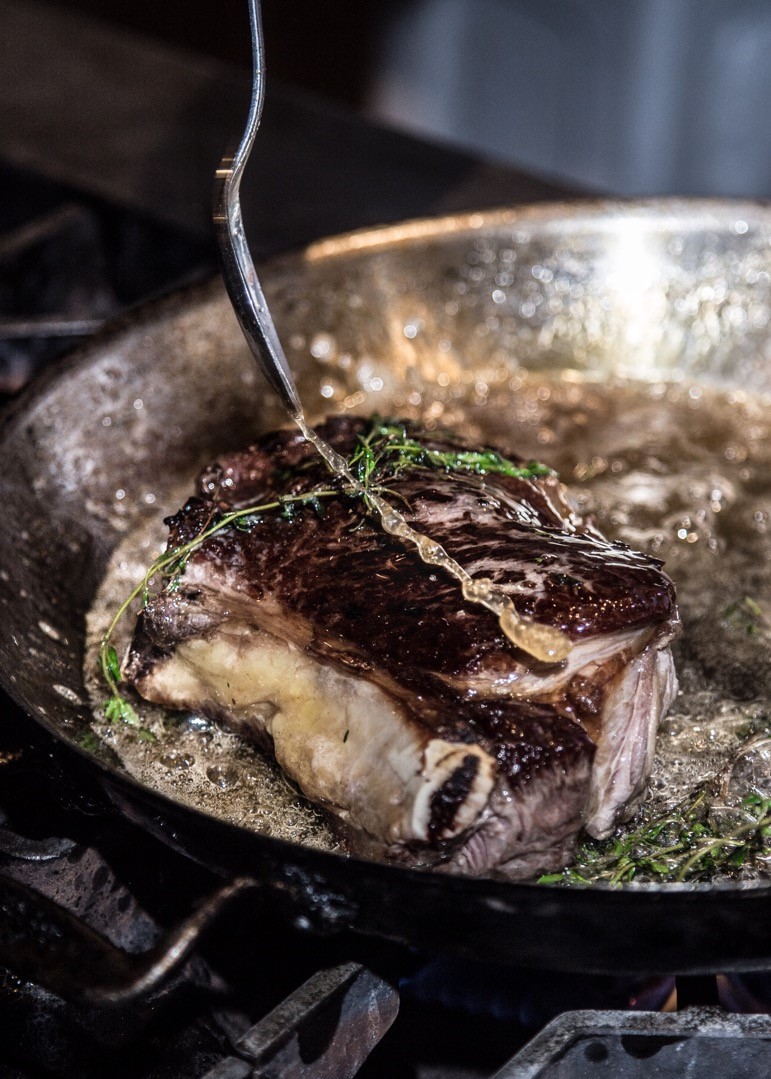 When Victor Straatman moved to the Lower Mainland from the Netherlands in 2013, he wanted to purchase local, ethically-raised meat to cook for his family. But much to his frustration, he couldn’t find a service that made it easy to choose what he wanted and then deliver it right to his door—a convenience he had grown used to in Holland. Instead, sourcing quality meat direct from British Columbia suppliers led him to a parking lot in North Vancouver.

“I clicked ‘Order’ and it sent off an email to the farmer,” says Straatman, seated in a lofty office in Gastown, recalling an initial online purchase he made. “I said, ‘Meet me in the parking lot in North Vancouver in three weeks to hand over the meat.’” When the day came, he drove for 60 minutes to meet the farmer, who himself had to travel eight hours. Needless to say, the “meat up” wasn’t exactly economical or convenient.

That’s when Straatman, a civil engineer, came up with the idea for MeatMe: a farm-to-consumer delivery platform sourcing only the best locally-grown meat. “I thought, ‘Hey, these farmers need to become more accessible,’” he explains. Customers can sift through MeatMe’s online catalogue of meats and cuts from different suppliers throughout British Columbia. Order lamb from Giesbrecht farm in Aldergrove, chicken from Central Park Farms in Langley, and beef from Empire Valley Ranch in the Interior, to name a few. Purchases—either as one-time buys or subscriptions—are packaged by certified butchers and can be delivered to any home or office in the province.

“What we’re trying to do is give people purer foods,” explains Straatman. MeatMe, which he co-founded with Fable chef Trevor Bird in 2016, only sources ethically-raised, grass-fed, fresh-water-consuming, and antibiotic-free animals (the company also recently acquired The Barons of Beef Meat Company, another farm-to-home venture, allowing access to even more resources and products). Straatman believes his platform helps raise awareness about the conventional farming industry and its harmful effects on the environment.

“I was getting more and more aware of all the negative impacts of factory farm meats, and the environmental impact of meat production,” he explains. In British Columbia, agriculture is considered the second major source of pollution behind urban land use, and according to the Environmental Protection Agency, agriculture—specifically the cultivation of crops and livestock—contributes to 24 per cent of global greenhouse gas emissions. Desertification, the over-erosion of soil, and the contamination of groundwater with antibiotics and pesticides are other issues surrounding conventional farming. By working with small-scale operations that produce eco-friendly and ethical cuts, and by making those cuts readily available for online ordering, MeatMe promotes a positive lifestyle that is surprisingly easy to adopt. “Meat consumption has to change,” Straatman asserts. “And as a consumer, you can actually make change in the world.”