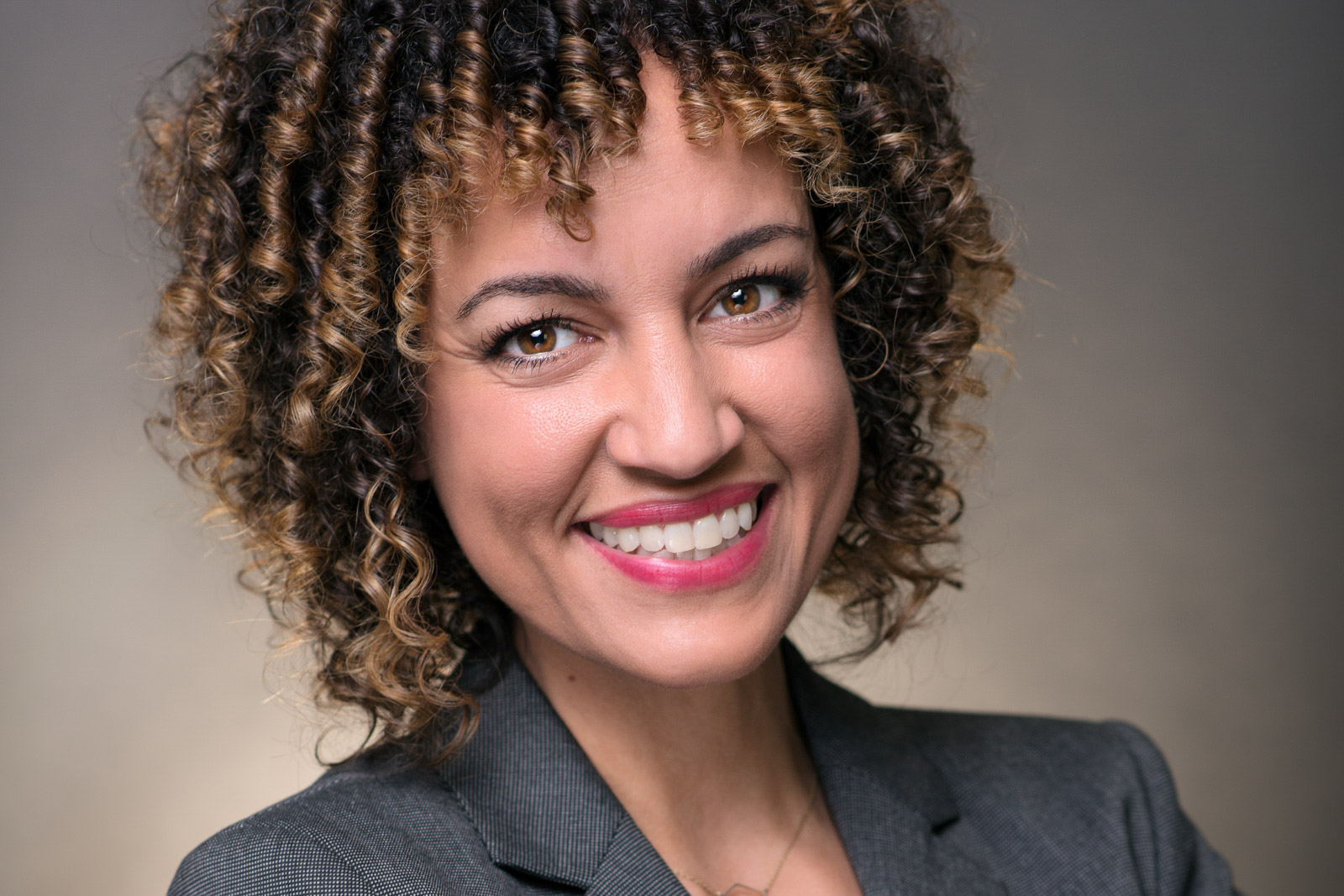 “Can you wear your hair straight or pulled back tomorrow?” my supervisor asked one morning as her eyes slid to the bouncy curls springing from my head.

At the time I was working for an international college, where I was often asked to pose for promotional photos so its student body could look more diverse. My supervisor would joke, “We need a white face in the pictures!” When I explained that I wasn’t white, she replied, “Whatever, you’re not Asian so you’ll do.”

The school was primarily attended by Korean students, and my supervisor thought adding my face to the pamphlets would give the impression the students hailed from more international destinations—even though I was a member of the administrative staff.

It wasn’t the first time my hair had come up in the corporate world. Throughout my early career, I felt the need to keep my hair pulled tightly back or styled straight, consumed by an internalized discomfort with wearing it curly. It didn’t help that I couldn’t see anyone else in the workplace with locks like mine. In the media, as well as in the real world, women with textured hair generally wear it in buns, chemically straightened, or hidden by wigs and weaves. Is it any coincidence that a quick Google search for “unprofessional hairstyles” returns an overwhelming number of Black/natural hairstyles, while searching for “professional hairstyles” pulls up images of predominantly white, straight-haired women with slicked-back dos? 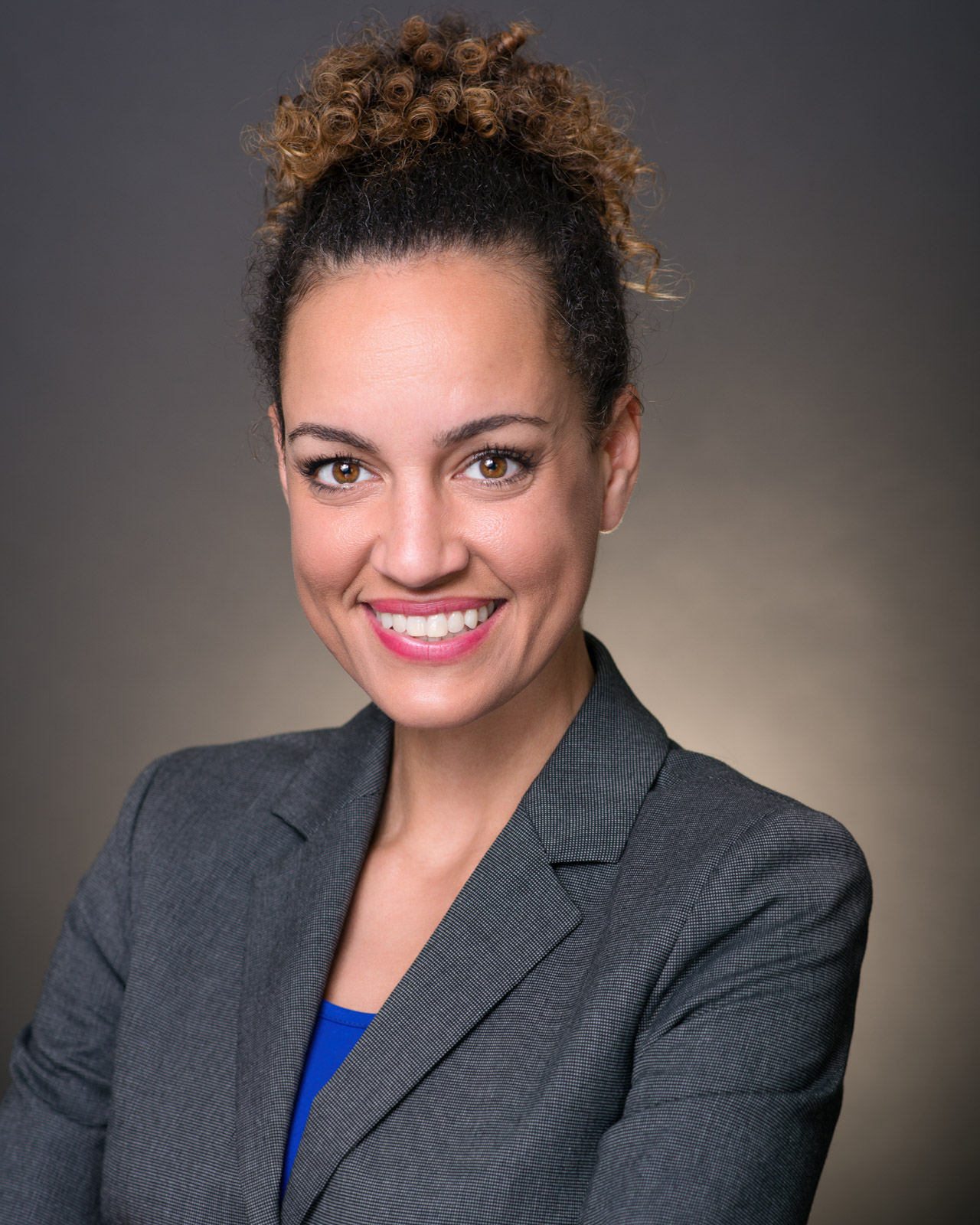 Surrounded by professionals who covered up their curls, I felt compelled to do the same.

When I started working from home, it became easier for me to experiment with my hairstyles and the products I use for my curls. Because I no longer felt intimidated by the face-to-face interactions with colleagues in a formal office setting, I felt more comfortable letting my hair down. And in doing so, I slowly became more confident in myself—and my work.

As the pandemic brought on a surge of Zoom meetings with more professionals working from home, I took a deep breath and tried wearing my natural hair around colleagues and clients, at least in a virtual setting. Seemingly overnight, I noticed others doing the same. There were my colleagues’ faces beaming on screen, unabashedly displaying their own natural hair, which, like me, they’d allowed to go curly while working from home. I never even knew so many of my peers had curly hair.

Our new willingness to publicly embrace our natural hair made me realize just how off-putting the pressure to conform can be in the workplace—and how urgently Canada’s corporate world needs to embrace more inclusive norms. If nothing else, a culture that genuinely welcomes diversity is more likely to foster happier, more comfortable, and more productive employees.

Such a culture has been elusive at best so far in my career. Like me, many women with textured hair have experienced countless scenarios where their supervisors have instructed them to straighten their hair before a meeting to look more professional. How many of my peers have felt pressured to spend hours straightening their hair every morning because they’ve been led to believe curly is unprofessional? How many of us have been taught, through overt admonishment or subtle implication, that waves, curls, and coils are often seen as chaotic, messy, unpolished, or even wild? 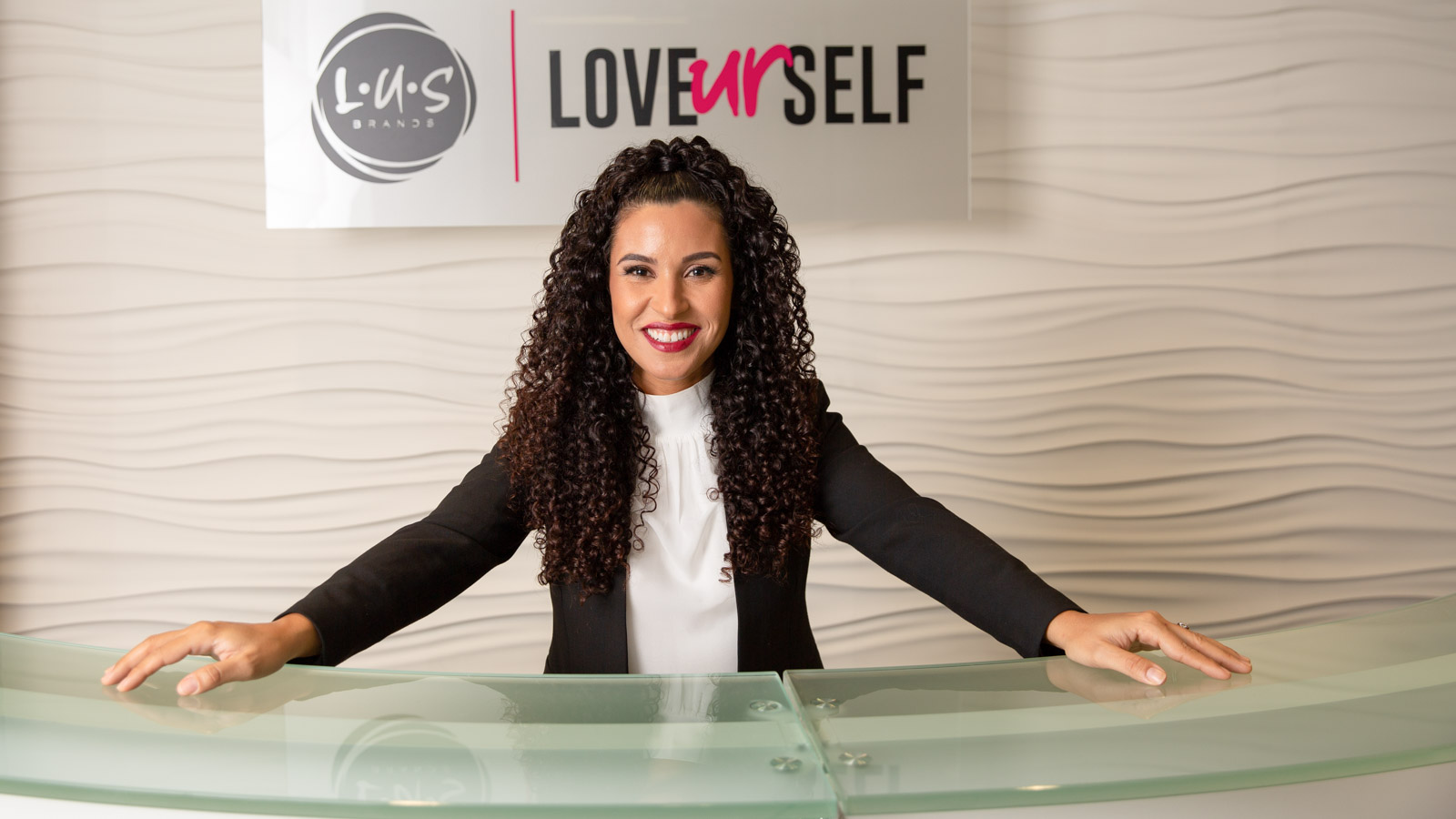 Sahar Saidi remembers wearing a wig to board meetings because her boss told her she couldn’t show up to work with her natural curls.

“My manager pulled me into his office one day and said, ‘Sahar, you look cute with your curly hair, but it’s obviously not professional. Can you do something about your hair?’” She was in her early twenties at the time.

“I was embarrassed but, at the time, I didn’t think what he did was wrong; I wasn’t even aware of hair discrimination. It used to take me four to six hours to straighten my hair on my own, which just wasn’t feasible. So instead I bought a straight-haired wig.”

Whenever she had really important meetings, she would wear that wig to work.

Saidi finally launched her own company in 2017, LUS (Love Ur Self) Brands, where she now offers a variety of care products for all types of curls, whether they’re wavy, curly, or kinky-coily. In her own office, she encourages her employees to wear their hair naturally, as she does herself.

For Saidi, the decision to challenge traditional boardroom culture and create a more inclusive work environment, where she and her colleagues can wear their hair naturally if they choose, predates the pandemic.

“People with natural and curly hair have been marginalized for so long,” she says. “Thanks to the natural hair movement that’s taking place literally all over the world right now, people with curly hair are embracing a part of themselves that they’ve rejected for so long—some for the very first time ever.”

“Corporations are beginning to understand why diversity is so important in the workplace,” she continues, “but they have yet to associate diversity with hair types. Normally when you think of diversity, you think of age or ethnicity or even skin colour, but corporate executives need to also understand and embrace what diversity means when it comes to hair.” 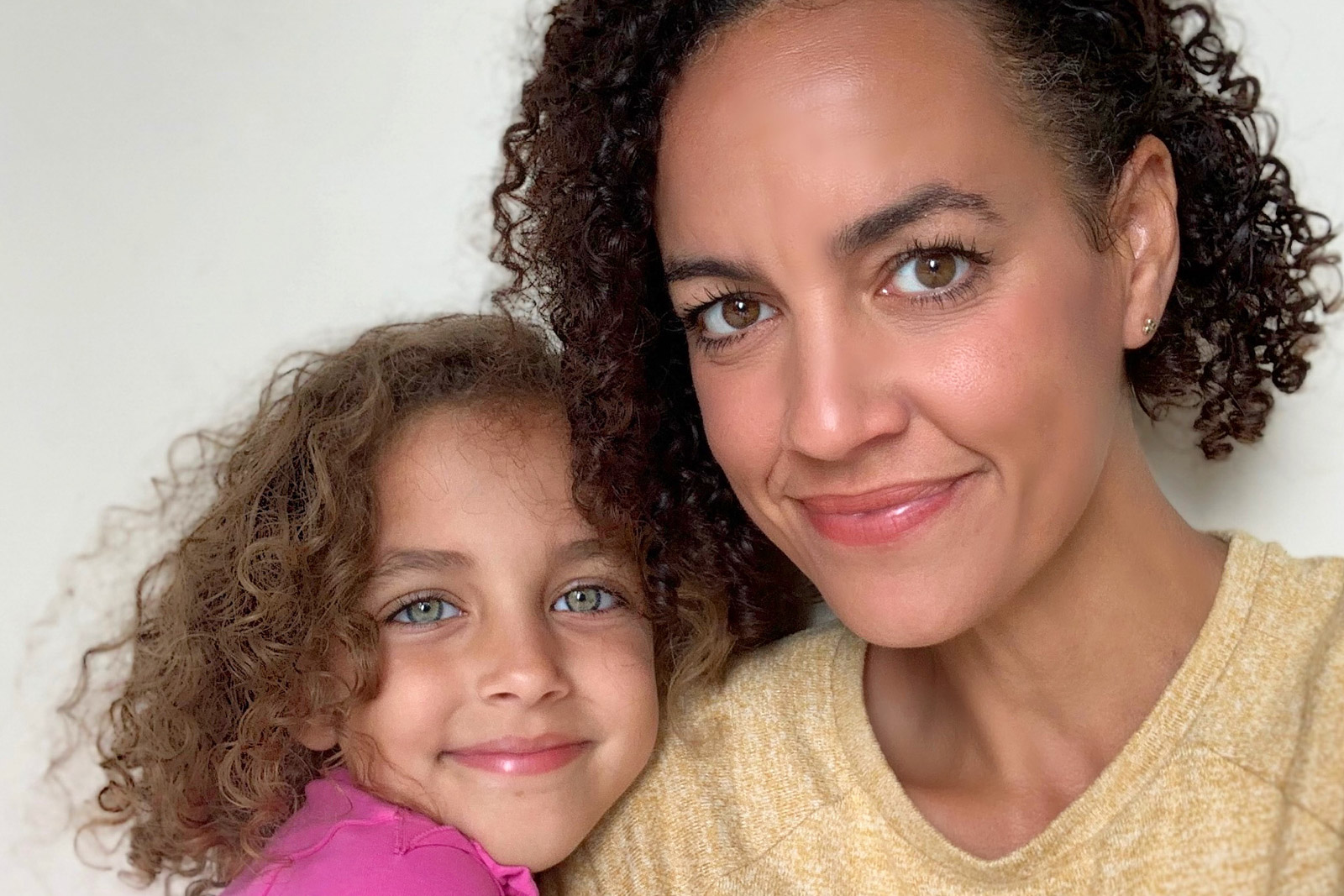 The author and daughter Cloey. Image courtesy of Bianca Bujan.

Some jurisdictions are starting to recognize that people can be discriminated against on the basis of their hair and must be protected. In July 2019, California became the first state in the U.S. to officially enact the CROWN Act (which stands for “Creating a Respectful and Open World for Natural Hair”), a law that prohibits race-based discrimination against a person’s choice to wear natural hairstyles such as Afros, curls, locs, and other traditionally Black hairstyles in schools and offices. Six more states and the federal House of Representatives have since followed suit.

While some corporate leaders in Canada have also vowed to create more inclusive workspaces, especially in the last year, few if any have policies in place to protect employees from hair-based discrimination here.

When it comes to creating a more accepting space at work for Canadian women with curls, Saidi says, “it has to start at the top.”

“I’m not saying that people with curly hair should never straighten their hair or wear wigs or weaves. At the end of the day, everyone should feel free to wear their hair in whatever form they choose,” she says. “I’m only saying that if women at the top of the corporate or political chain wore their own hair naturally curly more often, it might encourage other women to feel comfortable doing so as well.”

It’s a message she takes to heart as she wears her hair naturally at work every day.

“Curly hair is beautiful and it is sleek, and it is 100 per cent professional,” she says. “Instead of spending hours styling hair just to look presentable for work, it’s time for us to embrace and encourage people with curly hair to let their hair down and wear it naturally, so they can focus on the things that matter most at work.”