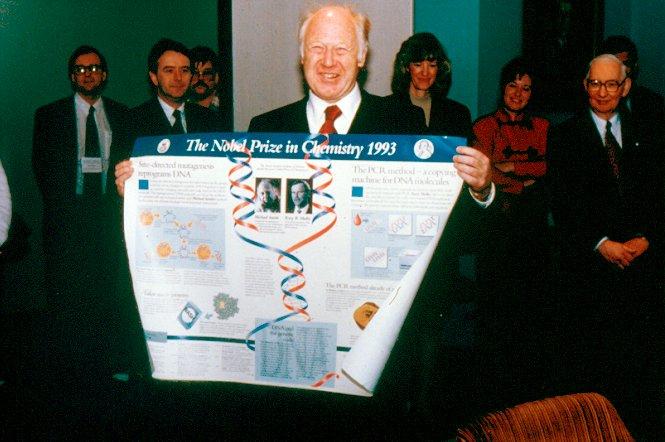 Photo courtesy of the UBC Archives.

Last Wednesday, scientists Emmanuelle Charpentier and Jennifer Doudna won the Nobel Prize for the development of Crispr-Cas9, a powerful gene editing technology. But 27 years ago this week, the Nobel Prize for the first gene editing technology⁠—and the foundation of modern biotechnology⁠—went to a humble biochemistry professor at UBC. In this article from our archives, we remember the day Dr. Michael Smith got the call.

If you were living in Vancouver 25 years ago and your name was Michael Smith, you might have picked up the phone in the early morning hours of October 13 and heard the voice of someone from the Nobel Prize committee.

It was that day in 1993 that the man who would become the most famous Michael Smith in the city found out he had won the Nobel Prize in Chemistry. The secretive Nobel board had given no clues that the University of British Columbia professor was even under consideration; it was such a surprise that when the announcement came, no one had a phone number for Smith. The committee in Stockholm ended up calling a number of Vancouver-based Michael Smiths that morning before finding the right one.

The correct Smith, who shared the award with Kary B. Mullis, won for his research about changing DNA code using a genetic engineering technique, which became a foundation of biotechnology. Before Smith’s discoveries, scientists could study DNA, but not change it; they were limited to accidental change. Smith’s studies enabled scientists to take a section of DNA and alter the chemical element of that piece enough that it would generate a systematic and precise mutation.

The late scientist’s son, Tom Smith, knew his father was doing important work, but had no idea how groundbreaking it was until the Nobel Prize was announced. “My brother, sister, and I weren’t in the world of science, so we weren’t tracking any of the developments that led to the prize,” he says. “My father never really talked about his work, so when we found out, we understood that this was something incredible. We knew it would take on a life of its own.” 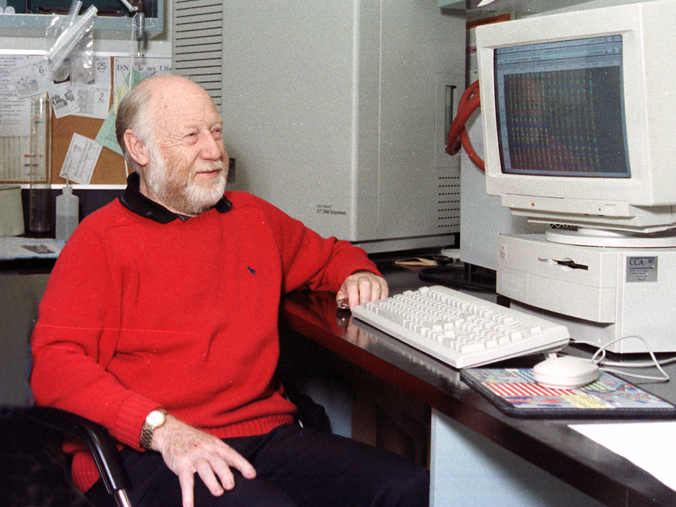 Indeed it did: Smith donated his prize money to fund more research, setting an example that has lasted far beyond the accolades. Ever-humble, he redirected the spotlight that was placed on him, shining it instead on science and research in B.C.—and 25 years later, the industry is still seeing the effects. Scientists who weren’t even born when he won the Nobel have started careers based on funding that his work provided.

In his lifetime, Smith was the founding director of the Biotechnology Laboratory (now called the Michael Smith Laboratories) at UBC, as well as at Genome BC; after his death in 2000, the provincial government created the Michael Smith Foundation for Health Research, which funds important projects and people continuing to make revolutionary discoveries in scientific fields.

Smith was born to working-class parents in Blackpool, England in 1932. From very early on, he knew he wanted to have a career in science—and that academic promise at a young age deviated Smith from what he once called an “invidious” English public education system, which gave just 20 per cent of students the opportunity to continue their studies after high school. 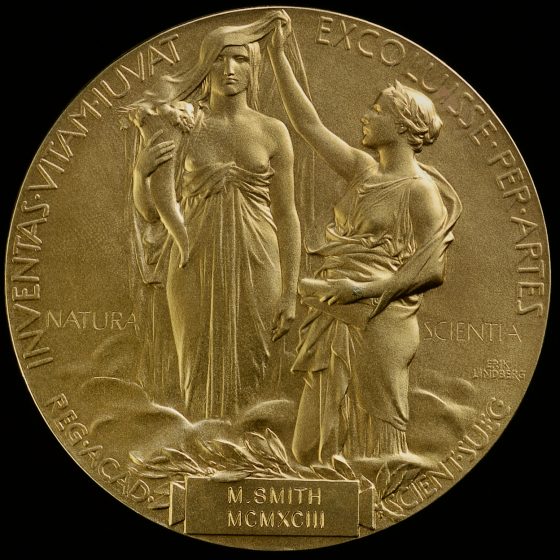 Photo courtesy of the UBC Archives.

“When my father was young and had a tough result in a certain class, he thought that was it, that he would have to leave that stream,” says Tom. “There was that anxiety for him growing up, but he knew since the time he was in elementary school that he had a passion for science.” Smith’s mother took on extra work so that she could afford to buy him a chemistry set; little did she know it would put her son on a path of greatness. And though she died before Smith received the Nobel Prize, she lived long enough to know that her sacrifices were paying off. Twenty-five years later, they still are.

This story is from our archives, and was first published on October 10, 2018. Read more Impact stories.