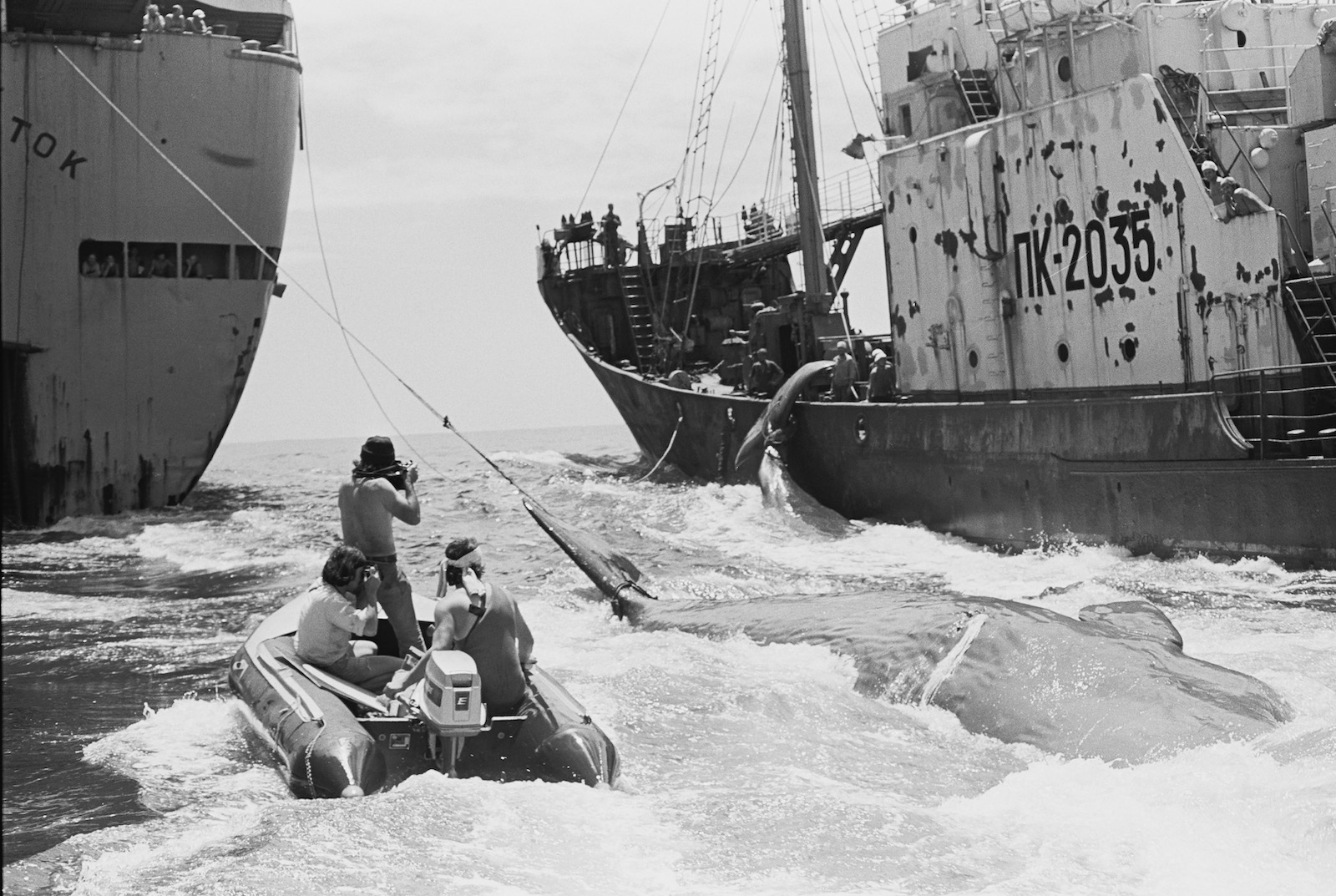 A Greenpeace inflatable disrupts the transfer of dead sperm whales from a harpoon ship to the factory ship Dalniy Vostok. North Pacific, between Mexico and Hawaii. Photo by Rex Weyler.

Fifty years ago, a repurposed fishing boat set out from Vancouver with a small group of activists on board. Their mission? Stop a nuclear test that the United States government was planning to conduct on Amchitka Island, a remote speck of land off the Alaska coast.

Although it didn’t succeed in halting the Amchitka blast, the 1971 expedition did lead the U.S. to abandon its nuclear testing program in the region the following year. It also laid the foundation of a global environmental organization that’s still operating today: Greenpeace.

An outdoor photo exhibit celebrating Greenpeace’s 50th anniversary is now on display on Granville Island, documenting the organization’s early years through the work of two B.C. photographers. Robert Keziere shot the images from the Amchitka mission, while Rex Weyler, who took photos for Greenpeace from 1973 through the early 1980s, photographed the legendary Save the Whales campaigns. 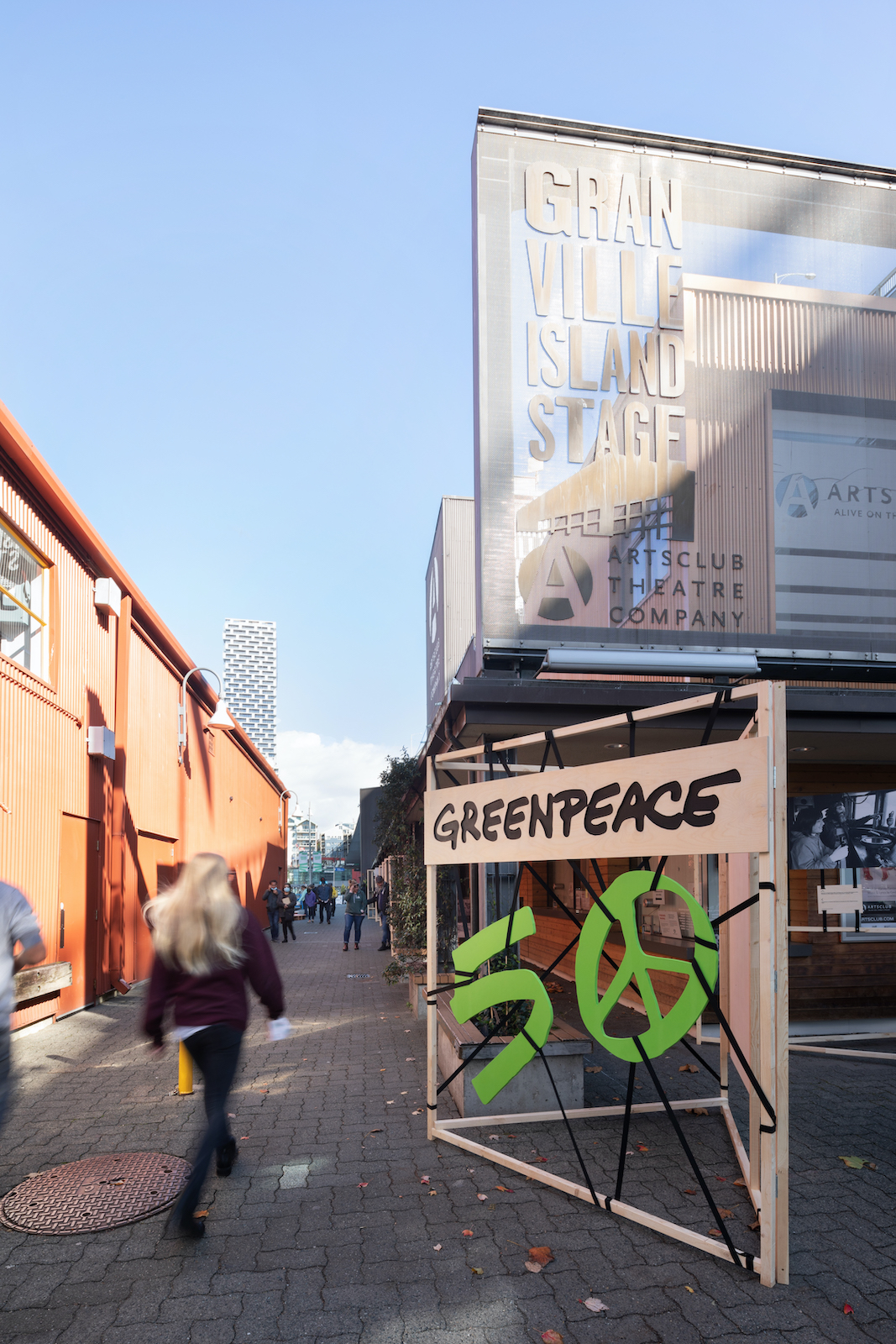 Greenpeace “is a gift that Vancouver and Canada gave to the world,” says Weyler, who served as a director of Greenpeace Foundation in Vancouver in the 1970s and co-founded Greenpeace International in 1979. “This is a part of Vancouver history.”

“Greenpeace really was a transformative organization, not just the work it was doing, but how it influenced a whole generation of environmental groups in how to think and be and act,” Green says. “Putting their own lives on the line to stand between a whaling harpoon and the whale was an act of human courage that we hadn’t really seen in environmentalism until Greenpeace came along.” 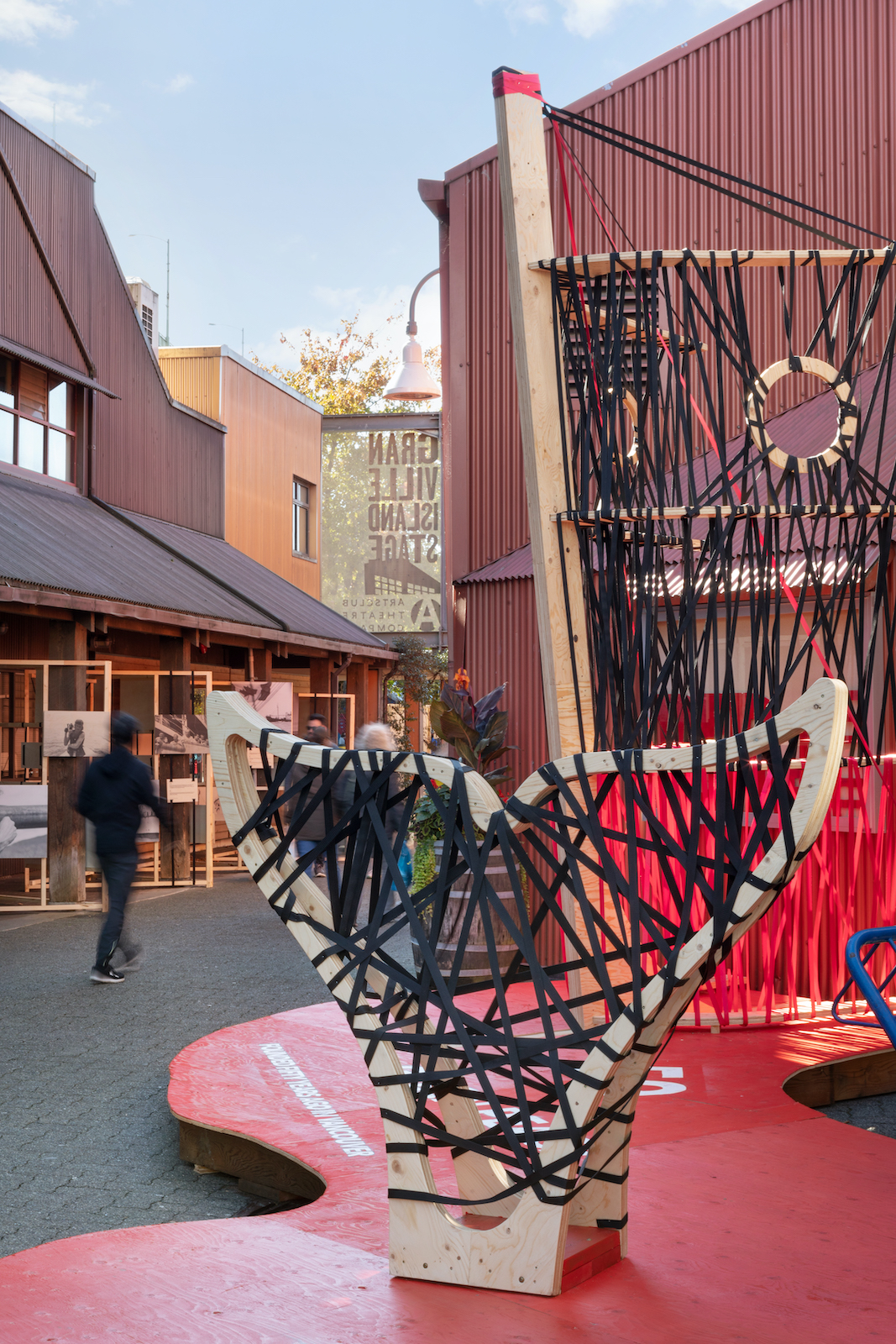 In the 1970s, Jacquet says, “Vancouver had these really specific conditions that allowed for this group of motley characters to come together and do something that had never been done before.”

Weyler was one of those characters. Like tens of thousands of Americans, he came to Canada to avoid the draft during the Vietnam War, arriving in Vancouver from California in 1971. He quickly fell in with a group of pacifists, environmentalists, and other activists, who met up in local living rooms, church basements, and pubs.

That group included Irving and Dorothy Stowe, Ben and Dorothy Metcalfe, Marie and Jim Bohlen, and Bob Hunter, who had formed the Don’t Make A Wave Committee, affiliated with the Sierra Club, to oppose the Amchitka nuclear test.

Inspired in part by a 1958 Quaker boat, the Golden Rule, that travelled to Enewetak atoll to protest nuclear testing in the Marshall Islands, Marie Bohlen proposed the group sail to Alaska. At the end of a committee meeting at Vancouver’s Unitarian Church to discuss the logistics of the Amchitka plan, Weyler recounts, Irving Stowe flashed the V sign and said, “Peace.” A young activist named Bill Darnell replied, “Make it a green peace.” The name⁠—combining both antimilitary and environmental goals⁠—stuck. 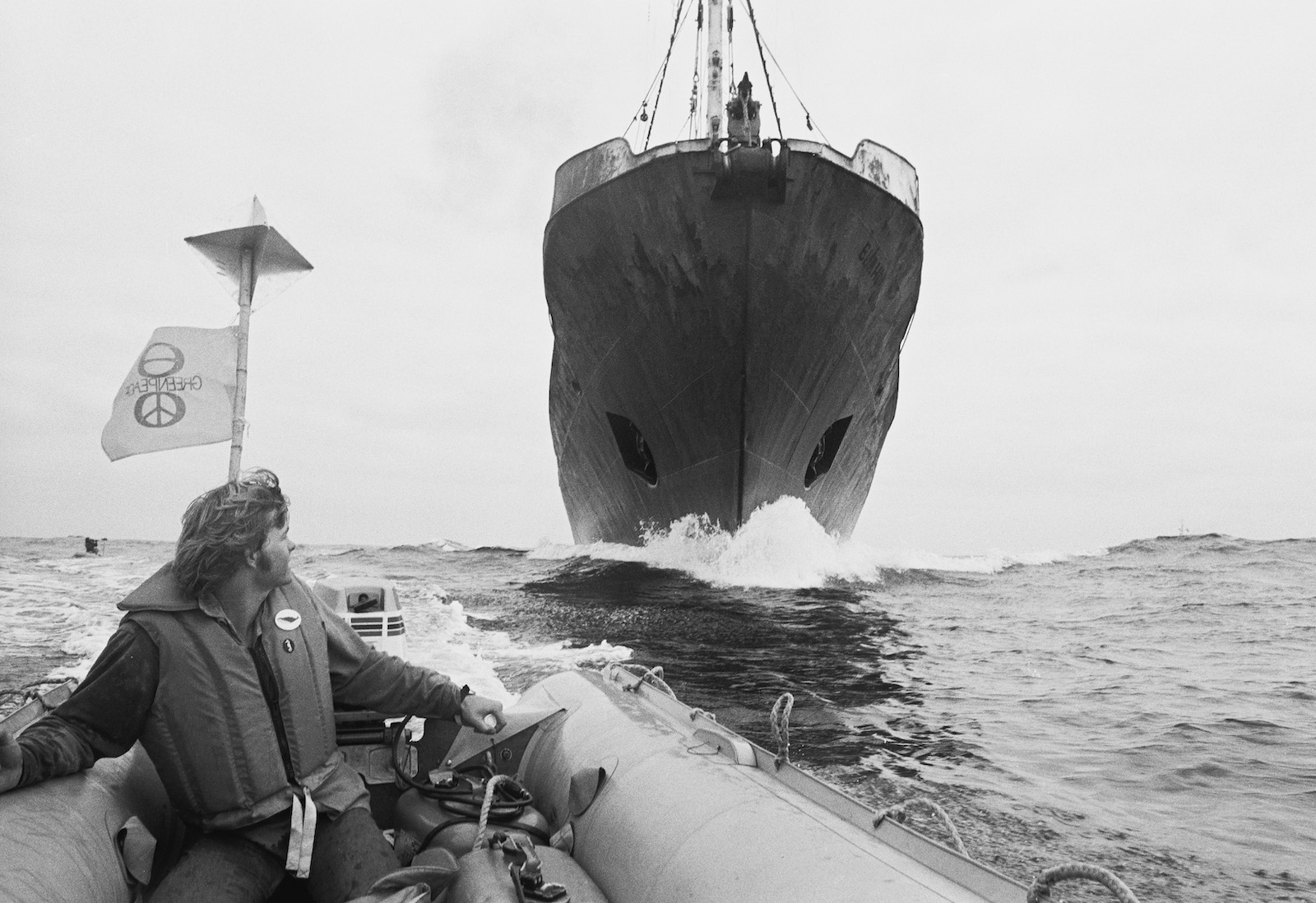 “It’s hard to imagine, but at that time, ecology was not a common word,” Weyler recalls. If younger people today learn more about the history of Greenpeace and the environmental movement, he hopes they will feel more empowered to act for social change. “You think, ‘well, these big environmental groups, we can’t do what they can do,’ but you can,” he insists. “We were young. We didn’t have much money. We had to organize ourselves on the fly and learn as we went along.”

The group raised money by selling t-shirts and pins, and setting donation cans in local shops. Joni Mitchell, James Taylor, and Phil Ochs agreed to perform a benefit concert at Vancouver’s Pacific Coliseum, which helped raise funds the activists needed to charter a boat, the Phyllis Cormack, and hire its captain, John Cormack, to travel toward Amchitka.

That mission, and subsequent Greenpeace missions to protest whaling, attracted worldwide attention because of the dramatic actions the volunteers took, Weyler says. “We used to use the term ‘crashing the culture.’ You have to do something that’s not expected. It’s very difficult to surprise people, to make a point in a new, different, and creative way.”

He continues, “I don’t think sitting behind a computer and posting your opinion on the social media networks is going to shake up the world. But if you’re out there on the front lines, blockading the loggers or the whalers or the seal hunters or the nuclear weapons, or if you’re standing up for disenfranchised minorities or for gender issues or child issues or whatever, if you’re out there in public, if you’re making a visible commitment yourself, that’s what inspires people.” 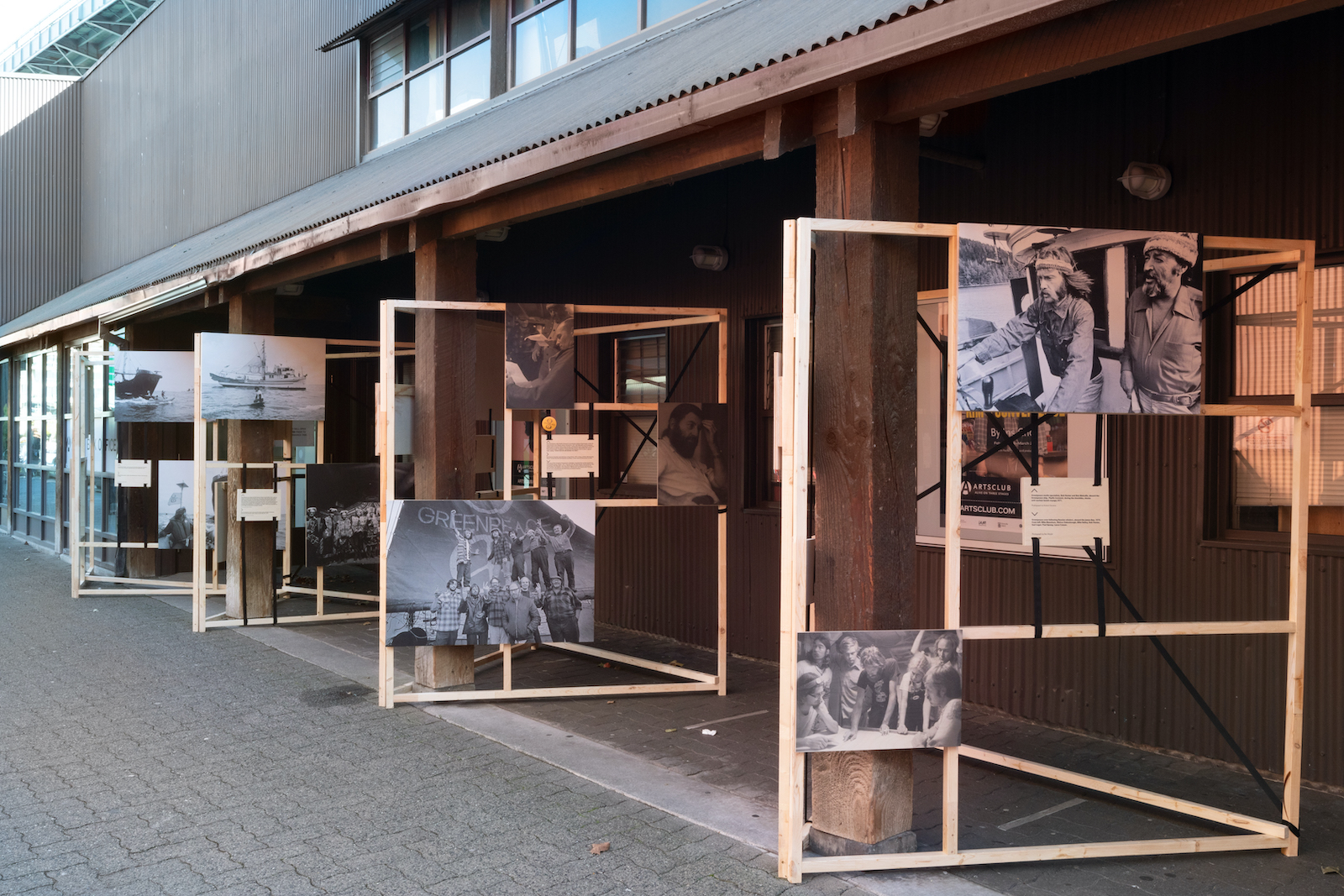 The images from these early Greenpeace missions represent “an incredible body of work that captures a time in Vancouver where a level of social consciousness and activism ran quite deep into society,” Hawthorn notes. Many Vancouverites today want the city to be an environmental leader, he says, “and there was a time when we actually were.”

Jacquet wants viewers of this exhibit to understand that, while the photos depict the activists⁠—primarily white men⁠—who took part in these early expeditions, Greenpeace was actually “an incredibly inclusive movement that was building unconventional coalitions,” forging links between different individuals, communities, and social action groups.

It’s important to continue building on that movement toward a more sustainable, equitable, and peaceful society, Weyler asserts. “The battle isn’t over. Everything we’ve done over the last 50 years is not enough. This is a multigenerational challenge, a multigenerational issue that will go on for a long time.”

Yet, as Green says, Greenpeace’s legacy, which started with a small group of committed activists in Vancouver, is simple. “It’s a reminder that a few good people can change the world.”

The Greenpeace 50 photo exhibition is on view outdoors on Granville Island throughout the month of October. As of October 15, it will be installed on Railspur Alley West. Read more Community stories.