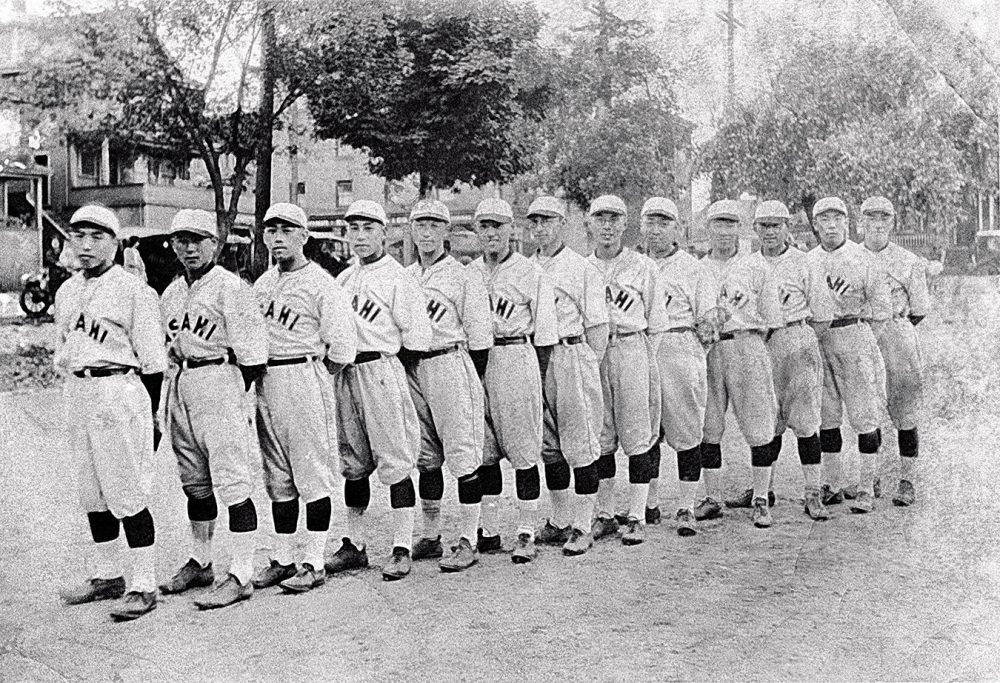 Kaye Kaminishi remembers his first hit with the Asahi baseball team in 1939 as if it were yesterday. What an honour it was to play for the Asahis, something he says he had dreamed of for years. But the night before the game, he could barely sleep. As he stepped onto the field the next day, Kaminishi became one in a three-decade-long line of heroes that the local community cheered in droves at the old Powell Grounds.

Then a teenager, Kaminishi—the one they would later call “the Vacuum Cleaner” for his ability to scoop up ground balls—approached the plate. He knocked the dirt off his cleats and readied himself for the throw. The pitcher wound up. Crack! On his first swing he smacked a shot over the outfielder’s head that would have been an in-the-park home run if he hadn’t been so excited that he tripped over his own feet on the basepath, settling for an impressive and memorable triple. It was a proud moment. 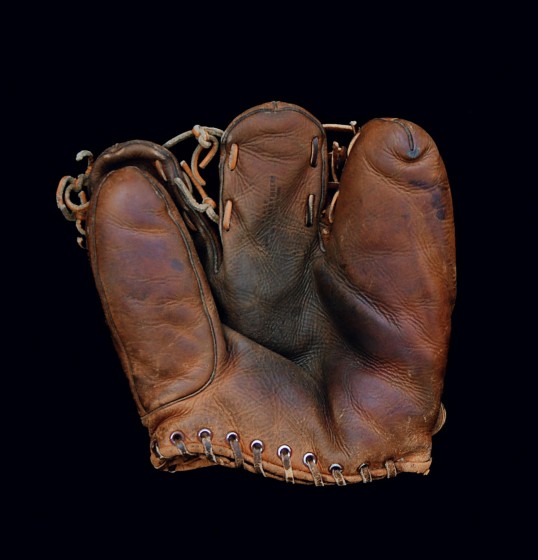 It’s surprising to hear how popular baseball was in Canada in the earlier part of the 20th century. But what’s even more surprising is that Vancouver was home to one of the more successful and exciting teams in the country—the Asahis.

In the late 1800s, baseball was introduced in Japan by Americans and quickly became popular. The Japanese identified with baseball’s discipline, team play and the confrontation between pitcher and the hitter, which they saw as not dissimilar to samurai in battle. After 1900, teams of first-wave Japanese immigrants, called Issei, began forming across B.C., playing first in leagues of their own. Then, in 1914, a young group of ambitious players organized the Vancouver Asahis to compete in Caucasian leagues—asahi meaning “rising sun”. 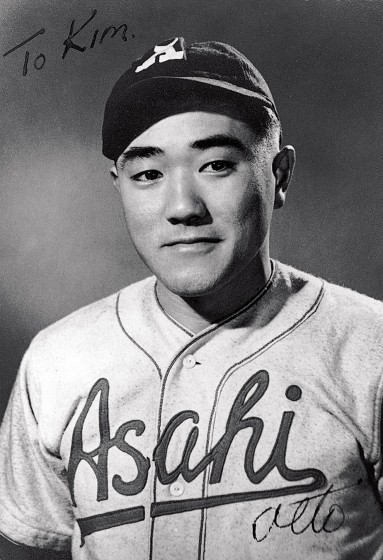 Five years after the team’s founding, the club won their first title, the 1919 Vancouver International League Championship. The Asahis racked up dozens of league championships, taking the Pacific Northwest crown eight out of 11 times from 1928 to 1941. In 1938, the Asahis were triple champions, winning the Commercial League, Burrard League and Pacific Northwest Japanese Championships. Not only were the Asahis skilled on defense, but accuracy and speed were the name of the game in their legendary style of play commonly called “brainball.” It was a style that featured bunting, squeeze plays and baserunning, skills honed as the result of years of intense training, preparation and an increasingly complex recruitment and coaching infrastructure.

A curiosity to many Vancouverites, the Asahis played differently than other teams in more ways than one. True to their Japanese nature, they played an honourable game of ball. They never challenged the umpire’s call nor mouthed off the opposing teams, earning them the respect of players and fans alike. Their home field, the Powell Street Grounds, known these days as Oppenheimer Park, sat at the corner of Cordova and Dunlevy in the heart of what was once a vibrant community known as Japantown.

During the Second World War, the Japanese community was torn apart. Families were removed from their homes and sent to internment camps, stripped of their land and possessions. Members of the team were dispersed all over the West; it was disbanded in 1941. After the war, the community never fully returned to the Lower Mainland in the concentration it once had. 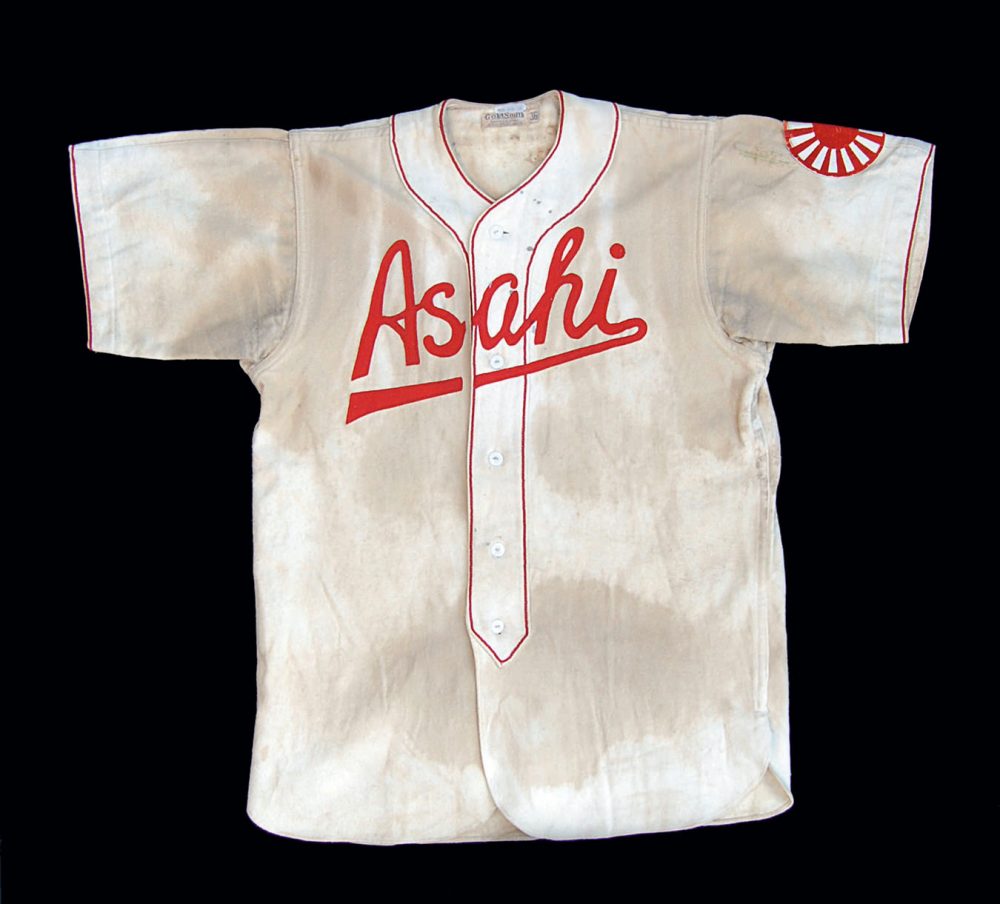 These days, the story of the Asahis lives on through the tireless work of community advocates from Japanese cultural organizations, and now through a plaque commemoration by the Historic Sites and Monuments Board of Canada. Unveiled this past September as part of the Asahi’s 70th anniversary ceremony, the plaque resides at the base of the grounds where the team once played, an enduring mark of their legacy. Vancouverites need look no further than Oppenheimer Park to rekindle their love affair with North America’s most enduring pastime and remember its historic local heroes, the Asahis.

This article from our archives was originally published on December 5, 2011, three months after the Asahis’ 70th anniversary ceremony. Read more from Community.