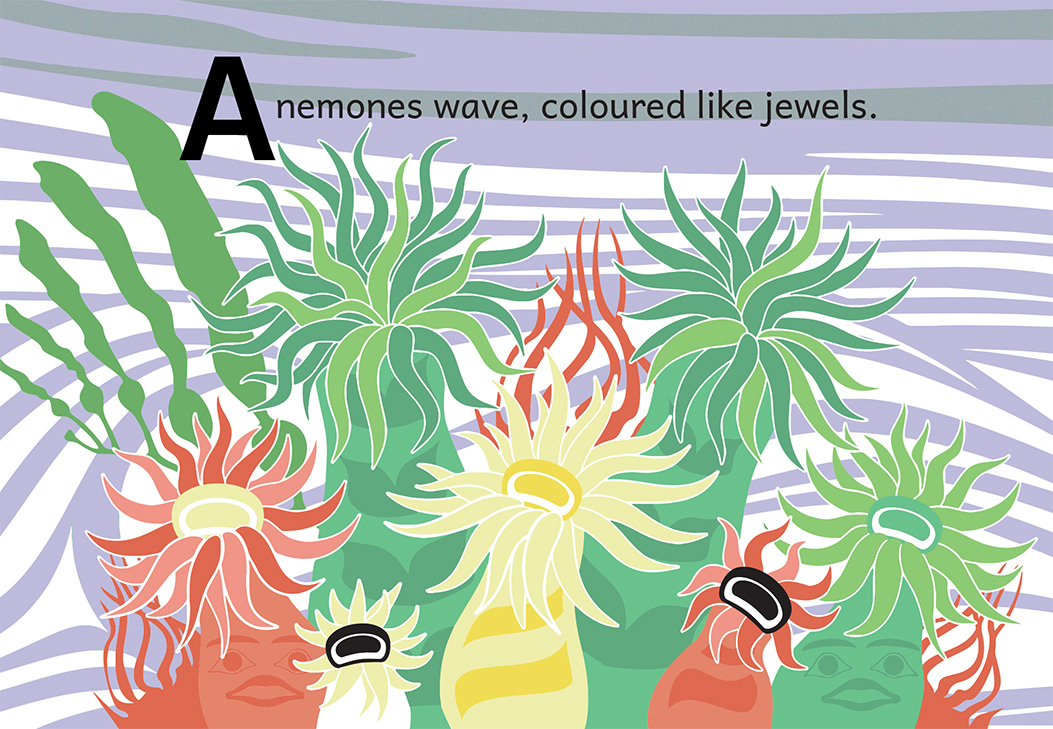 An artist, a historian, and their friend were watching their children play by the Xsien River, also known as the Skeena, near Hazelton, British Columbia. An eagle swooped overhead. Watching the eagle fly, the friend said to the artist, “I need a book that explains all of this to my little one.”

The artist was Roy Henry Vickers, a renowned printmaker, carver, and storyteller whose family line includes the Tsimshian, Haida and Heiltsuk peoples. The historian was Robert “Lucky” Budd, an archivist and radio host who has collaborated with Vickers for nearly a decade to put his West Coast Indigenous stories on paper. Their books together include traditional stories and legends such as Raven Brings the Light and a unique collection of illustrated stories drawn from recorded Indigenous oral histories, Voices From the Skeena.

Inspired by the flight of the eagle, their newest collaborations have been beautifully illustrated board books for small children, the most recent an alphabet book A Is for Anemone. With original illustrations from Vickers, the book teaches a West Coast alphabet from anemones and dogfish to Xsien, the Gitxsan name for the Skeena River, and a sleeping grizzly bear (Zzz).

Vickers and Budd shared a few words about, and a few pictures from, their new book with MONTECRISTO. 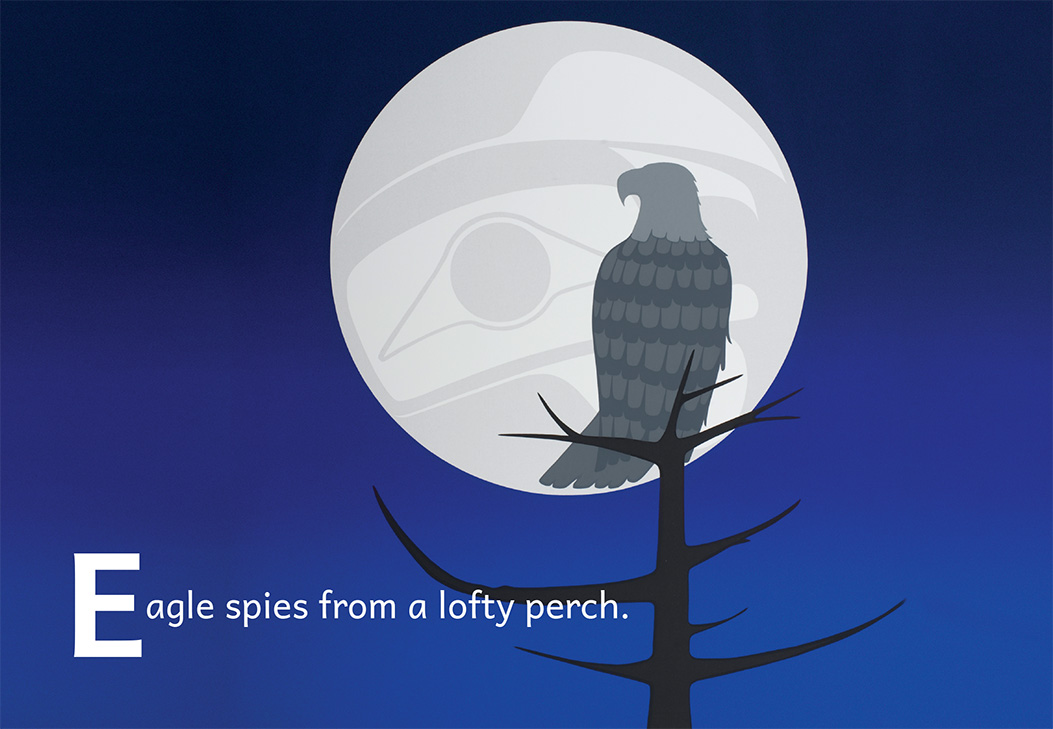 Roy Henry Vickers: “This book is about our relationship to the land, which every child has. They’re interested in everything: bugs, bees, flies, the sky. I’m from a culture that is music and storytelling. Musicians write stories in music and sing about the chiefs of old. And storytellers get up and tell their stories, like of the great flood. We’re just riding the wave of these stories.”

Lucky Budd: “Kids think in images before they think in words. We’re hoping that kids will read this book, and attach this imagery to the words they’re reading, like E for Eagle. And then when they encounter the alphabet in school, maybe, this imagery will come back to them.” 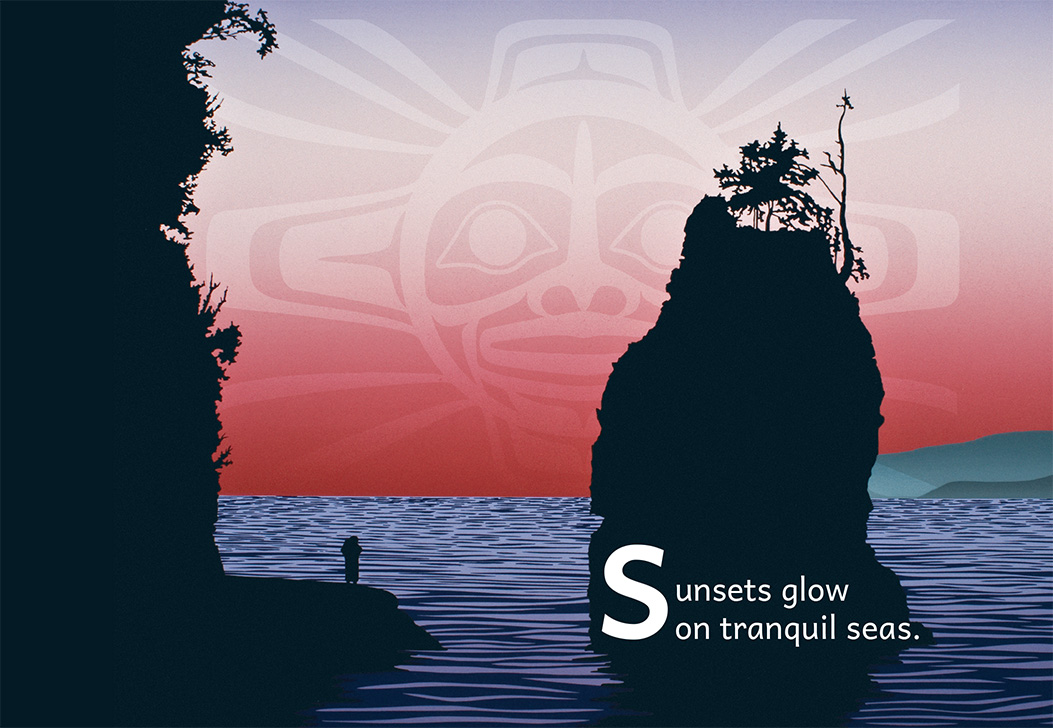 Lucky: “We’re not just doing animals or sea creatures. We’re trying to express the natural world experienced by us out on the West Coast. It’s all intermingled.”

Roy: “The Indigenous people didn’t just tell stories about one animal. That’s not how animals work. It’s life, images, and stories all coming together in a book.”