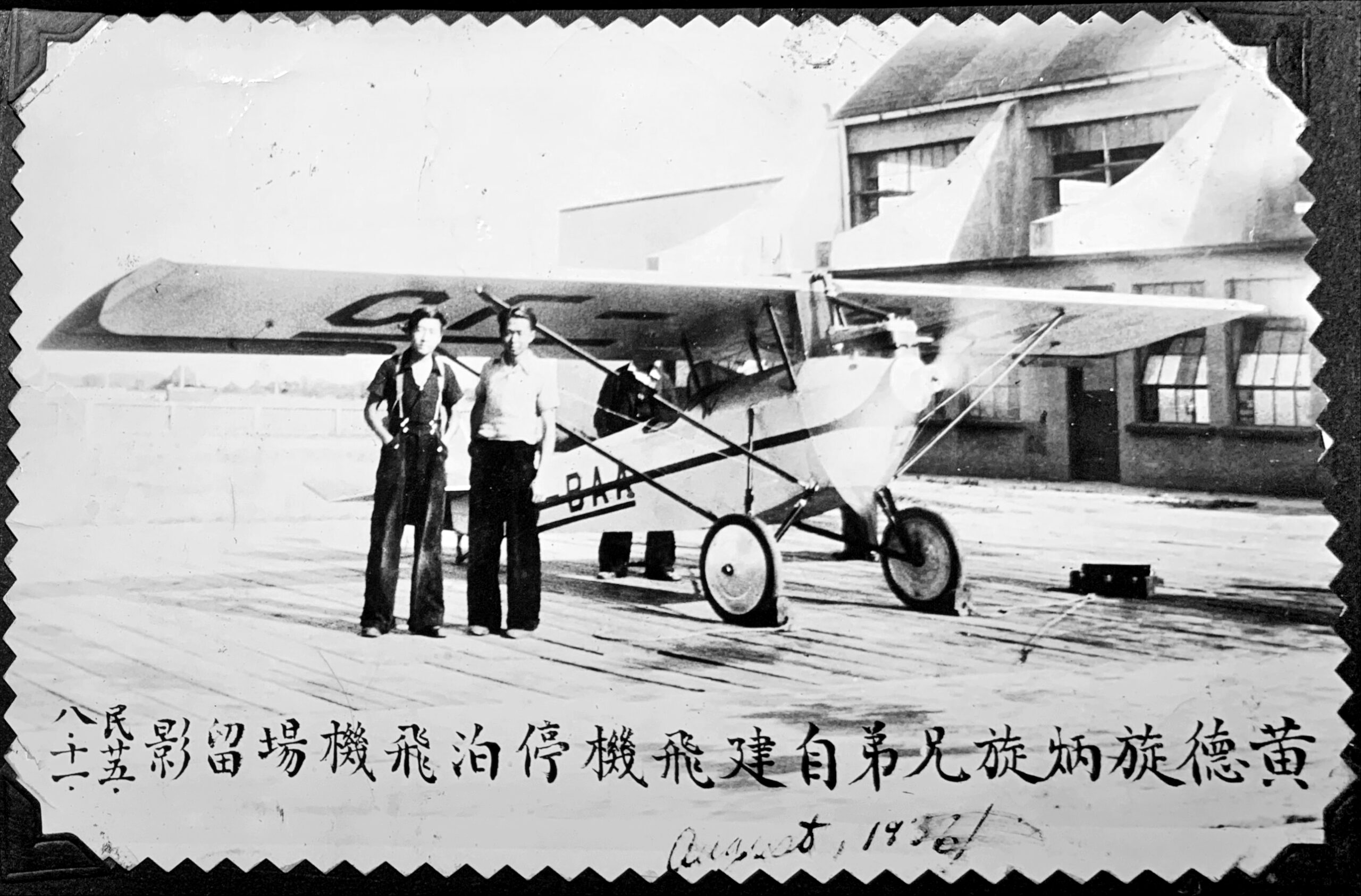 In the 1930s, Robert Wong and his brother Tommy built an airplane in Vancouver’s Chinatown. Not a model plane, but an actual 17-foot-long aircraft, dubbed the “Sea Scout,” constructed in wood, and powered by an automobile engine, that Robert flew from Vancouver’s Sea Island. The Wongs were still in high school, when Robert ordered the plans to build a plane; the brothers did the initial work on their craft in their family’s Chinatown apartment.

The tale of the Wong brothers’ aviation adventures is just one of many stories about the people and history of Vancouver’s Chinatown that are shared in the Chinatown Storytelling Centre, which opened in November in the former Bank of Montreal Building on East Pender Street. Unlike a more traditional museum that focuses on artifacts or objects, the Storytelling Centre highlights personal stories.

Carol Lee, chair of the Vancouver Chinatown Foundation and a driving force behind the Centre’s creation, says that many of the roughly 150 stories that the facility has collected to date were previously “unheard and unknown.” The stories are presented  to visitors through audio, short films, and written narratives with accompanying photos.

“Chinatown’s history is really all these little stories where, if you combine them together, make up big history,” Lee says. The major themes of Chinese Canadian heritage are explored from the arrival of the first Chinese people to Canada, to the contribution of Chinese workers to Canada’s transcontinental railroad, to the settlement of Vancouver’s Chinatown. 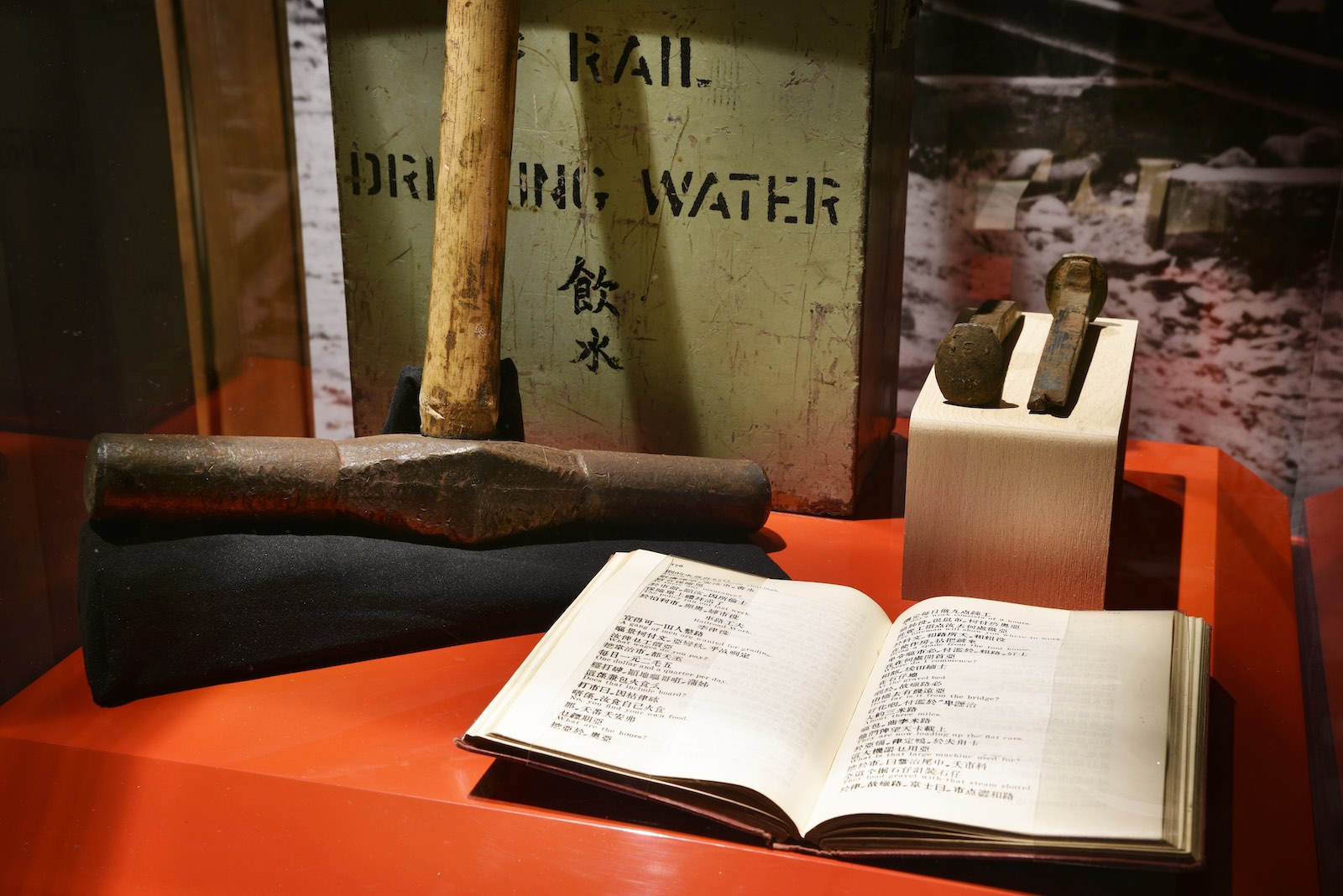 The historical foundations frame the Centre’s personal narratives, Lee explains, but “There was no big Napoleonic hero. There’s a butcher or an activist or somebody who was doing small things to help the Chinese integrate and become accepted in mainstream society.”

Ada Con’s family were among the people who contributed to Chinatown’s development. A third generation Canadian who grew up in Vancouver’s Chinatown, Con graduated from the University of British Columbia and worked as a librarian at the Fraser Valley Regional Library for 35 years. She serves on the board of the Asian Canadian Writers Workshop and volunteers with the LiterASIAN Writers Festival. Her mother Lily and father Harry ran a Chinatown souvenir shop, which included the neighbourhood’s first post office.

“Our family has been involved in Chinatown for so long,” says Con, which prompted her to share a story now on view in one of the Storytelling Centre’s multimedia kiosks. Her story describes her father as “a community stalwart,” who volunteered with the Chinese Freemasons, the Chinatown Benevolent Association, and the Strathcona Property Owners’ and Tenants’ Association. His work with the latter organization in the late 1960s and early 1970s helped block a planned urban renewal project that would have destroyed much of the Strathcona and Chinatown districts. 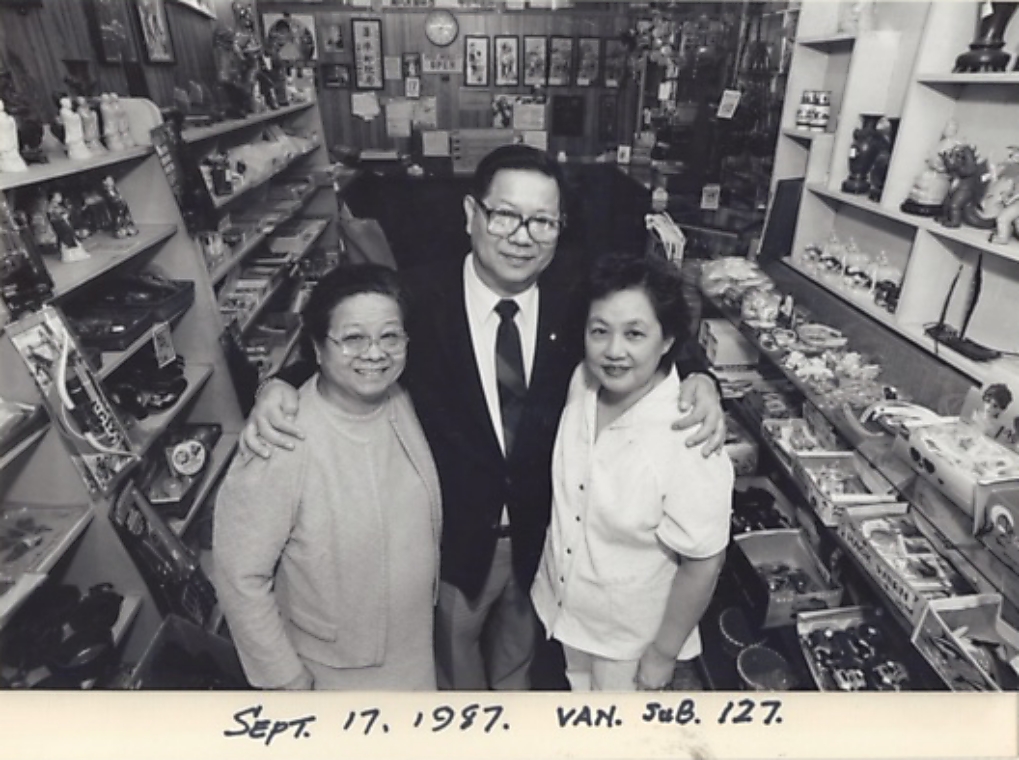 Harry Con and his family in 1987. Photo courtesy of Ada Con.

Harry Con was awarded the Order of Canada in 1982. Yet his daughter says, “Other than the people in Chinatown, I don’t think very many people know of my dad. And once I’m gone, who’s going to tell these stories?”

The Storytelling Centre’s staff and volunteers collected stories like the Cons’ through a combination of historical research and interviews, with funding from the Robert H.N. Ho Living Legacy Project. It was “like a big puzzle,” says Lee. In some cases, she notes, “we’re racing against time” to capture stories while the people who’ve lived them are still around.

Jordan Eng, who has worked in Chinatown since 1989 and serves as president of the Chinatown Business Improvement Association, manages Success Realty & Insurance, a real estate company that his parents, Edna May Eng and Jack Lim Eng, established in 1960. He, too, shared his family story at the Storytelling Centre.

Though Jack Eng was born in Vancouver, he returned to China with his family when he was five. At 15, his parents sent him back to Canada where he lived with his uncle’s family in Chinatown. He worked in his uncle’s grocery store, did summer stints at a herring cannery, then taught school, edited a community newspaper, started his real estate agency, and became campaign manager for Douglas Jung, who in 1957, was elected the first Chinese Canadian Member of Parliament. 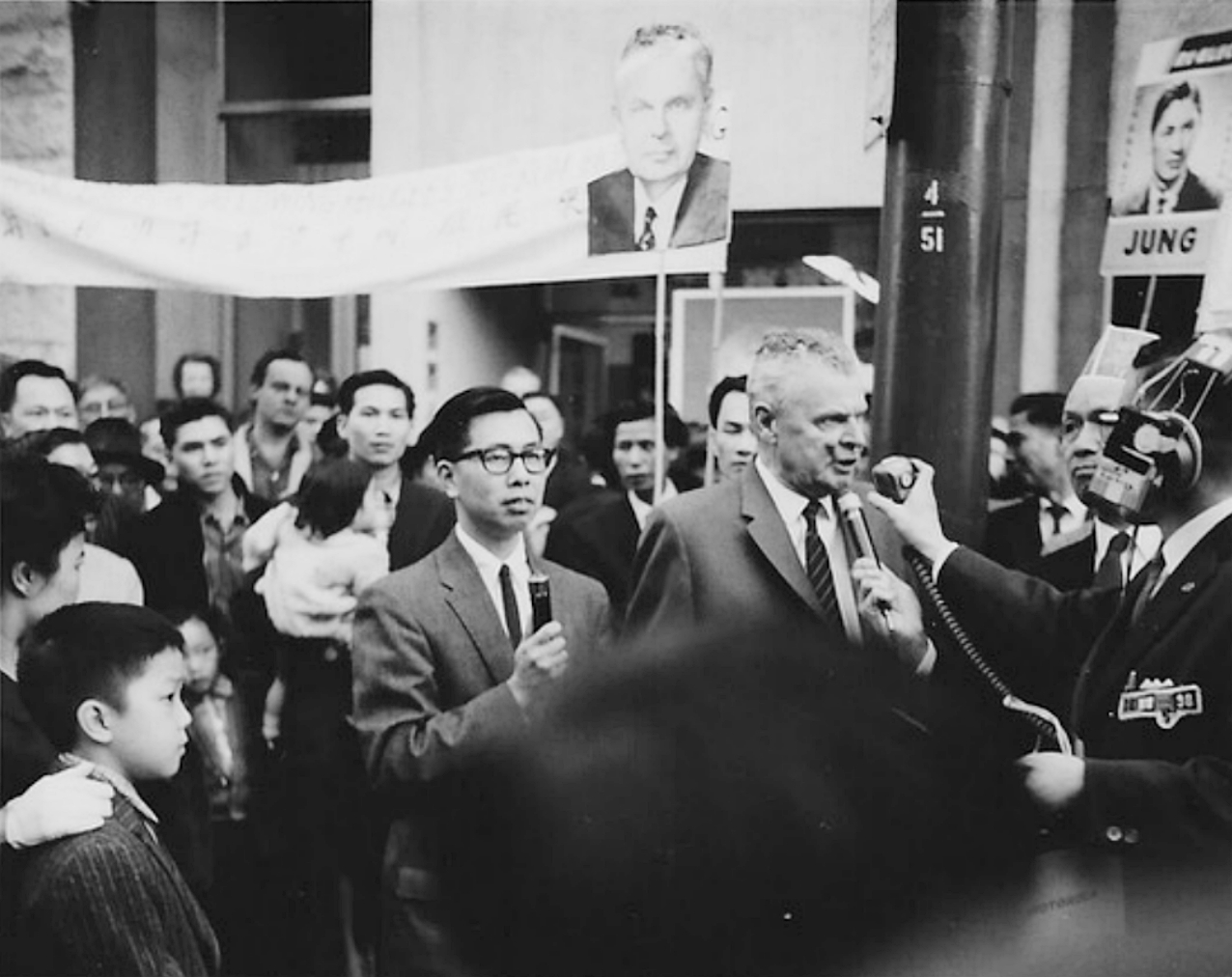 But it’s not only stories of generations past that the Centre is preserving. You can learn more about former Governor General Adrienne Clarkson, who immigrated to Canada from Hong Kong during the Second World War; BC-based film director Mina Shum, who set her 2017 movie Meditation Park in her Vancouver hometown; and author and historian Paul Yee, who chronicled the heritage of Vancouver’s Chinatown in his book Saltwater City.

Yee grew up in Chinatown during the 1960s and continued volunteering in the community into the 1970s and ‘80s. Although he lives in Toronto now, Yee says “I found a tremendous sense of belonging that changed my life” in Vancouver’s Chinatown. His connection to the neighbourhood has inspired much of his writing.

“The Storytelling Centre has decided to concentrate on the most accessible part of history, which is people,” Yee says. “Ordinary individuals all have stories about their own family that they can tell, people that they’ve known, events that they’ve been to.”

“We’re obviously not the only immigrant group that has had this journey,” Lee explains, but sharing stories of the Chinese “illuminates the shared experience of many different immigrant groups coming to Canada and how they’ve helped make our country one that is multicultural.”

“How do we honour these people who came before us, who had to overcome a lot of hardships and paved the way for the life we live today?” she asks.

The Chinatown Storytelling Centre, with its hundreds of “tiny stories,” is one small step.