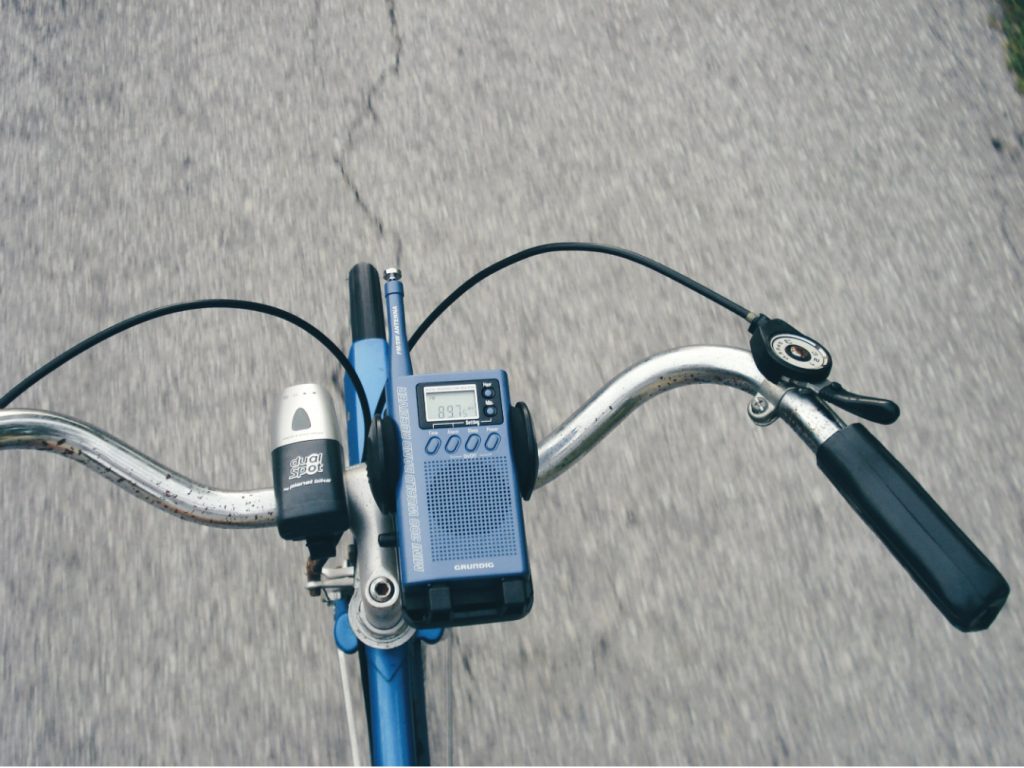 I’m starting to see—and hear—them on bike paths all over town. People cycle past me blaring music from portable stereos. It’s one of those things that makes you wonder. Is this a thing? Did I miss the stage where people rode around with Walkmans and this is just the next logical backward step? After this, trumpets and guitars?

If the point is to listen to music while you cycle, science has already shown us a better way. But then, that kind of logic doesn’t stop people from riding unicycles. And if the point is to be noticed then it all makes perfect sense.

After my initial knee-jerk Canadian reaction (common to all demonstrations of public attention-seeking) I had a re-think. It occurred to me that I don’t even like to see cyclists with earbuds—it has always struck me as unsafe. Riding around with a radio in a basket is arguably a better option. And a bike blaring music is no different from a car blaring music. They’re equally obnoxious, roughly.

There was a public service ad a few years ago mocking drivers talking on cell phones by showing a cyclist talking on a cell phone. It was supposed to seem ludicrous—can you imagine if cyclists did this too? Now I see cyclists on cell phones all the time. Perhaps this is all part of the process of claiming the road for bikes. It’s not just about creating bike lanes so we will have our own space in traffic. It’s about creating equal space for the same sorts of obnoxious behaviour. The usual forms of rude cycling—speeding down sidewalks, ignoring the rules of the road—are no longer enough. Cyclists also demand the right to wake up the neighbours at 2:00 a.m. thumping beats.

I should probably stop being so Canadian. Summer’s coming—let the music play, and all that. Just no Nickelback, dudes. Don’t make me buy a car just so I can roll up the windows.