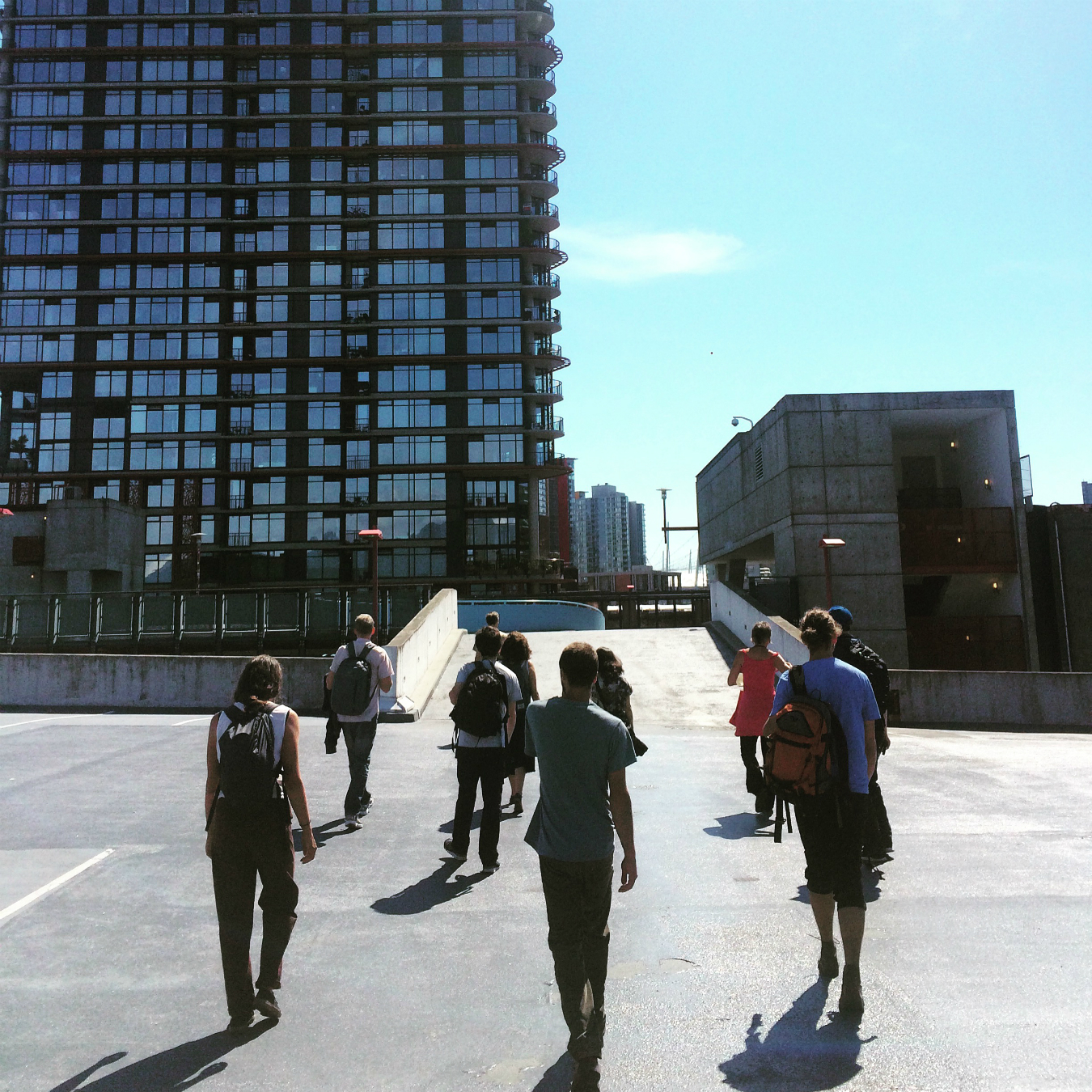 “Parts of Vancouver of course sound like any North American urban environment, with its traffic, air conditioning, etc., but then every city also has its own characteristics…the ocean, the rain (that we haven’t had this summer)…and, of course, the O Canada horns and the nine o’clock gun that are very specific to Vancouver,” reflects Hildegard Westerkamp, the distinguished Vancouver-based composer and sound ecologist whose talk “The Disruptive Nature of Listening” is featured at this year’s International Symposium on Electronic Art, taking place in the city. It is the first time the traveling, five-day symposium has been hosted in Canada since 1995.

Westerkamp, who has been referred to as a “pioneer of sound art”, moved to Vancouver from Germany in 1968 to study music at UBC and later became involved in the World Soundscape Project directed by Canadian composer R. Murray Schafer. The project also included a study of Vancouver’s sound environment in the early 1970s, released as two LPs and a booklet called The Vancouver Soundscape. “I had just finished my music studies and wasn’t really sure what I was doing and I heard a lecture by Murray Schafer and was absolutely affected by the content,” Westerkamp recalls. “He made us viscerally aware of the sound environment around us, the sounds that we listen to all the time. It was like my ears popped open never to close again.” At this point, she had only lived in Vancouver for five years. She says joining Schafer’s team of sound researchers became a new way for her to get to know the city—through listening rather than watching. The experience inspired her to begin composing music that used the acoustic environmental sounds of daily life and, as well, to make recordings of these sounds for public radio.

One of the most famous of these recordings is Kits Beach Soundwalk, which features Westerkamp narrating the sounds of the popular shoreline on an overcast January morning in 1987, as well as discussing her own reactions to the noises. “In this piece we move into a type of dream world,” she explains. “We all have our own way of imagining and interpreting what we hear. And that edge between the real soundscape around us and what we hear and how we imagine it, and interpret and work with it, is the most interesting part to me. In all my compositions, that’s how I work, somewhere between reality and imaginary.” Her soundwalks were produced for Vancouver Co-operative radio on a weekly basis in the late 1970s, and she still participates in the soundwalks led by Vancouver New Music—one-hour-long public walks where all members must remain silent for the duration of the stroll, listening carefully to the changes in their sound environment.

Westerkamp says that, as a sound ecologist, she thinks it is a good idea for everyone to practice “waking up” our ears by taking note of how certain sounds affect us, physically and emotionally, negatively or positively. Many of the sounds belonging to the urban soundscape, for instance, can cause anxiety or stress without us even knowing it, such as sirens, gardening equipment, or car horns. “Disruption”—the ISEA’s theme for 2015—helps to wake up the ears, which is why Westerkamp promises a unique “listening experience” for audience members who attend her talk. “If you have a constant 45-minute string of words, it’s very difficult to listen to and to stay in touch with the content of the speech,” she says. “So when we experience a change in the flow of sound, then the ear wakes up.” What exactly those “changes in the flow of sound” will be are top secret, but she hopes the experience will feel as visceral and life changing as it did for her during R. Murray Schafer’s talk 42 years ago.