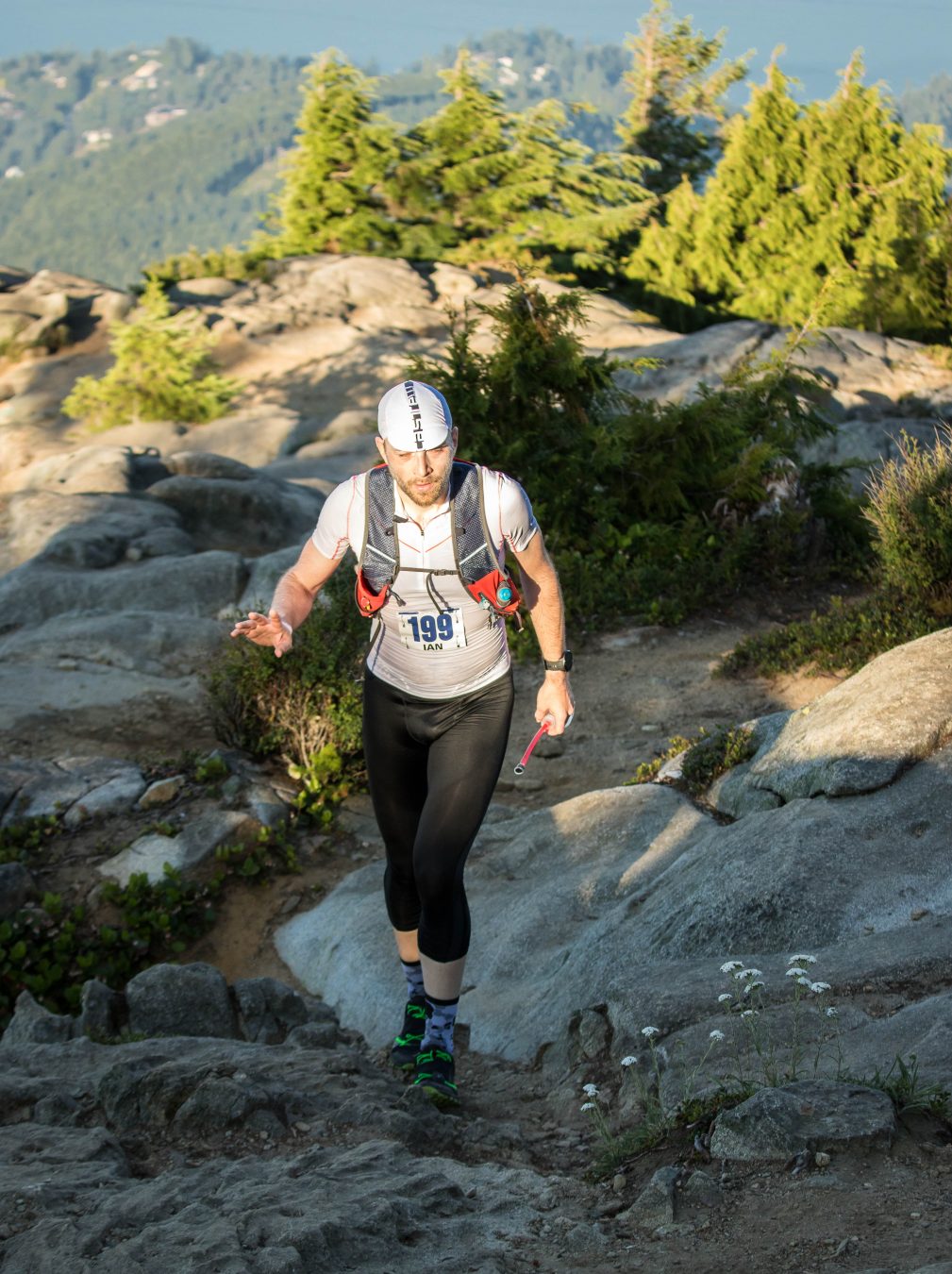 Shortly before sunrise on a Tuesday morning in June 2017, Ian Robertson stands at the base of the famously painful Grouse Grind: a 2.9-kilometre trail in North Vancouver commonly referred to as Mother Nature’s Stairmaster. He is about to climb the path over and over again for 19 hours, the rocky crunch of each footfall like the ticking of a clock. By the end, he will have completed the gruelling route 17 times in one day—the official world record.

For most people, completing the Grind once is physically taxing enough; but to go back to the bottom and start again like a self-imposed feedback loop? Well, that’s simply madness. The obvious question is why Robertson would choose to climb 48,110 stairs in a single day.

Beyond using the challenge to raise money for the BC Children’s Hospital and train for an upcoming trail race, there were intrinsic motives at play as well. It’s the preposterous nature of such an endeavour—which blurs the lines between body and mind, self and others, pleasure and suffering—that resonates with Robertson, who studied architecture in university. The teeter-totter between exaltation and breaking point often trails athletes like him just off the shoulder as they push forward. “I had to approach it as I would any task, which is to deliberately break it down into chunks of short-term goals,” he reflects (Robertson actually set the record in 2016 with 16 climbs, and then beat his own best in 2017). When exhaustion kicked in, it was something as simple as knowing he had a food break in 10 minutes or a good friend by his side that kept him pushing on.

Now that the multi-Grind day is behind him, his next goal is competing in the Red Bull 400: the steepest 400-metre race in the world up a ski jump, taking place in Whistler Olympic Park on August 5. “I know I can’t win, but I know it’s also very different than what I normally do,” he says as he ascends Flint and Feather, a lesser-known Grouse trail near the Grind. “Only in doing something different do you find out new things about yourself.” It is through this pursuit of self that he is also seeking to understand the true nature of competition from an altruistic standpoint. “The root word of competition is competere, which means to ‘strive together.’ In pushing each other, we both are better,” says Robertson. “I know that the atmosphere at the Red Bull race is one where everyone is out of their comfort zone, and so everyone is treating it like discovery. No matter what level you’re at, you’ve never done anything that’s quite like it.”

Key to confronting difficulty are two words: keep going. In its more transcendental connotation, the phrase implies that we need bouts of suffering in order to grow. “A lot of people get themselves into a pattern where they don’t really try anything new,” he says. “I think it’s pretty uncommon that people willingly step outside of themselves and ask, ‘Who am I?’” Through these challenges of maximum intensity, Robertson is constantly expanding his own answer to that question.

Beneath the grandeur of accomplishment, the activities demonstrate how Robertson is building his life: stacking up experiences that are a step outside the standard. “If you’re flexible in your training—mental or physical—things that you know should feel daunting cease to be so much,” he says. “It’s the willingness to do different.”

UPDATE Aug. 5, 2017: The Red Bull 400 was cancelled due to wildfire smoke and will resume next year.