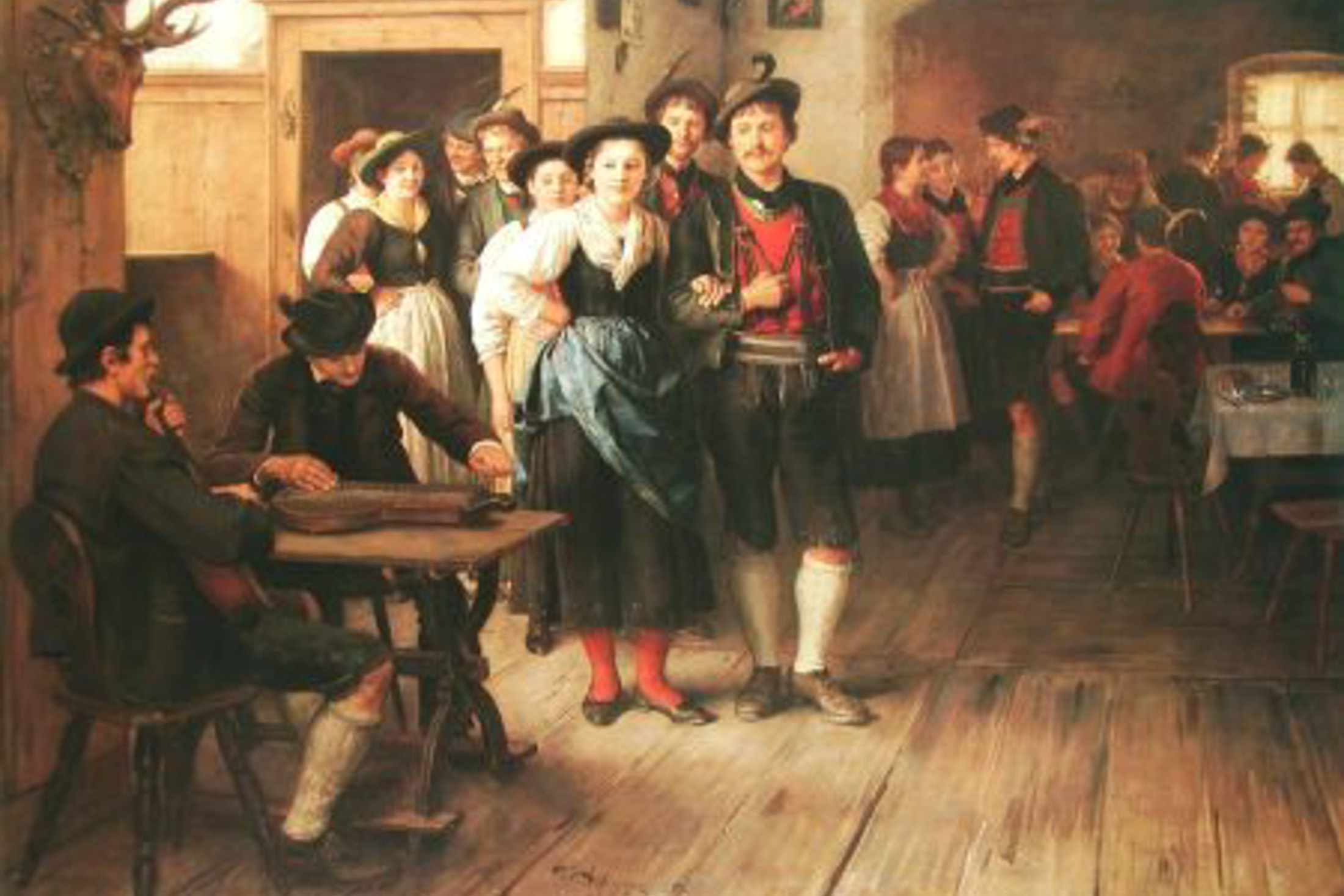 This story from our archives was originally published in 2018, prior to COVID-19. However, Alpen Club and its on-site restaurant Deutsches Haus are still going strong, and reopened in late June, Thursdays through Sundays, with careful health protocols.

When Barbara Cullen attended her first event at the Vancouver Alpen Club back in the early 1990s, she had no idea what the venue would ultimately mean to her.

“I’d been in Vancouver since 1963, but I hadn’t heard of the Alpen Club,” the Münster, Germany native recalls. “It wasn’t until I went to Expo 86 and I heard the [Alpen Club’s] choir singing, and it just blew my mind. It brought back so many memories. It took me a few more years to come down to the club to see a Christmas concert, and I was so impressed I had tears rolling down my cheeks. A few years after that, I finally became a member. And eventually, I met the love of my life here.”

For more than 80 years, the club has been a place for generations of German-Canadians (and all other Canadians, too) to eat, drink, sing, dance, and, above all, connect. “The concerts in those days, they all had dances afterward,” Cullen says, chuckling at the memory of meeting her spouse. “It was very popular to go to the concert, and then have a dance. He just came up, asked me to dance… and that was it.”

Sitting prominently at the corner of Victoria and 33rd, the Alpen Club is a quaint, chalet-themed venue that features a restaurant, a 4,000-foot dance hall, two private dining rooms (known as the Jagerstube and the Weinstube), and the largest dedicated library of German literature in town. The facility also hosts a variety of events throughout the year, including weekly dances, card tournaments, live music shows, and what has become something of a signature event over the past few decades: Oktoberfest.

“It’s a lot of fun,” says general manager Lorenzo Lepore. “Last year, people were lined up around the block trying to get in. They were ’round the corner, up 33rd, and down Victoria.” According to Cullen, the club’s Oktoberfest celebration—which includes not just beer, but also thüringer bratwurst, pretzels, Bavarian meatloaf, and sauerkraut, and happens every Friday in October—goes back nearly 40 years; at the height of its popularity in 1971, members were forced to take it to the PNE to accommodate the sheer number of attendees. And while the club’s numbers have declined over time (in its heyday, it boasted a membership of more than 2,000), Oktoberfest has been crucial in bringing a younger demographic into the fold. “Just within the last month, we’ve had more than 40 members join,” says Cullen. “And those are younger people. Middle-aged or younger couples with children.”

Founded in 1935, the club was originally an informal gathering of immigrants from Austria and Germany who assembled in a house on Robson and Cambie to explore the quintessentially Alpine folk dance known as Schuhplattler. Even with the shadow of Nazism then stretching across Europe, the membership was avowedly apolitical (so much so that the slogan was: “Get away from politics and let’s schuhplattle”). 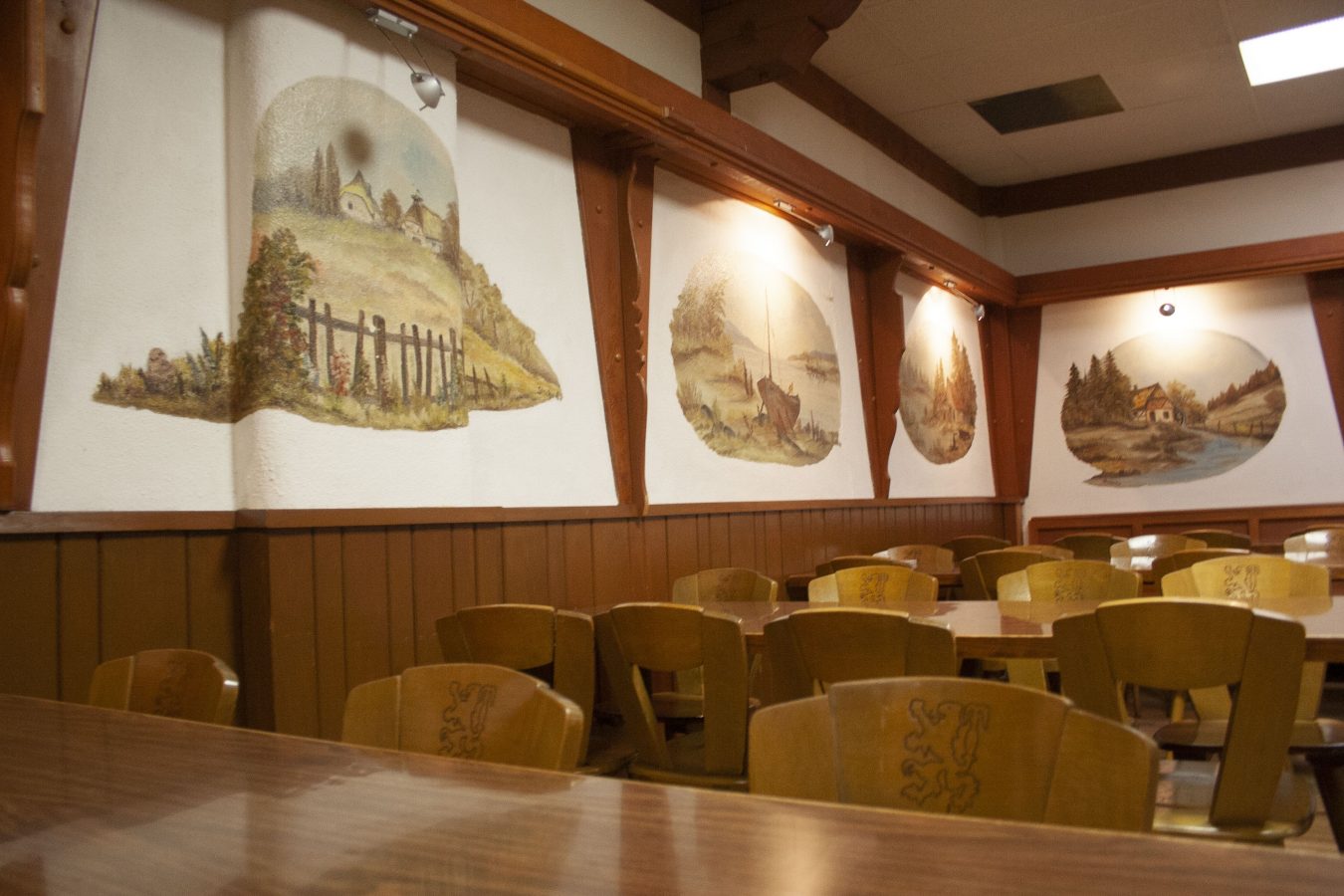 As numbers swelled, the club outgrew the Robson Street house (home of then-president and co-founder Sebastian “Schmidty” Schmidt) and moved into a series of rented venues across Vancouver, including The Homer Hall, The Winter Garden, and sometimes the English Bay Pier. In 1936, the Schluplattler dance troupe took home a trophy for Best Folk Dance at the Vancouver Folk Festival. But while the club managed to steer clear of global politics, its dance troupe did find itself ensconced in at least one smaller geopolitical drama. “The following year, [the Schluplattler Dance Troupe] shared honours with the Swedish group, and this caused considerable anguish to both sides,” reports the club’s official history, “and therefore, following this it was decided that in future no trophy would be given to any ethnic group for folk dancing, thus avoiding any possible fits of jealousy.”

By 1937, membership was reaching close to 500. In 1938, the club obtained a provincial charter, and at this point had moved into a semi-permanent home on the corner of Hamilton and Dunsmuir that was open seven days a week, hosting events that included live music, dancing, choir, German-language lessons, and even German calisthenics (known as turngruppe). But with the outbreak of the Second World War, fortunes changed considerably. Throughout 1939, a number of other German-Canadian clubs opted to dissolve, and at a board meeting in the fall of that year, new president Joe Fischer moved that the Alpen Club do the same. Following four hours of debate, the final vote ended in a tie; and while Fischer subsequently resigned, the club itself languished throughout the 1940s. Dances and language classes were cancelled, the liquor permit was revoked, and the hall itself was shuttered in 1941. The club’s only major achievement during that period was the formation of a credit union for German speakers.

However, after the war, membership began to grow again. In 1945, the club took a rare political stance, hosting a fundraiser for relief efforts in Germany. And by the late ‘40s, there was enough money in the coffers to purchase land. On Oct. 19, 1950, the Vancouver Alpen Club opened its doors in its new permanent home, where it still stands today. And while it has been added to over the years, Cullen notes that efforts have been made to keep the interior much as it was when it first opened. “Renovation-wise, it hasn’t changed very much at all,” she says. “I think we have a few new lamps, but that’s about it. We’re maintaining and doing some minor upgrades. The ballroom has one of the only sprung floors left in Vancouver. When we used to have swing-dance nights here, I remember people remarking on how you could really feel it.”

Today, the club has roughly 300 members. The restaurant does brisk business, and the place still finds itself full during Oktoberfest and sporting events like the Premier League or the World Cup. “It’s amazing how many people have either been here, been a member here, or been involved somehow,” says Lepore. “The energy here—the fun we have with the dances, and the different events we put on—members have always been involved in the community, and many of them still are to a degree.” While its appeal currently skews older, events like Oktoberfest have been continuously bolstering the venue’s appeal amongst a new generation of Vancouverites (German-Canadian or otherwise), providing them a place to eat, drink, dance, and maybe even meet their soul mates.

This story from our archives was originally published on October 23, 2018. Read more from the Community.