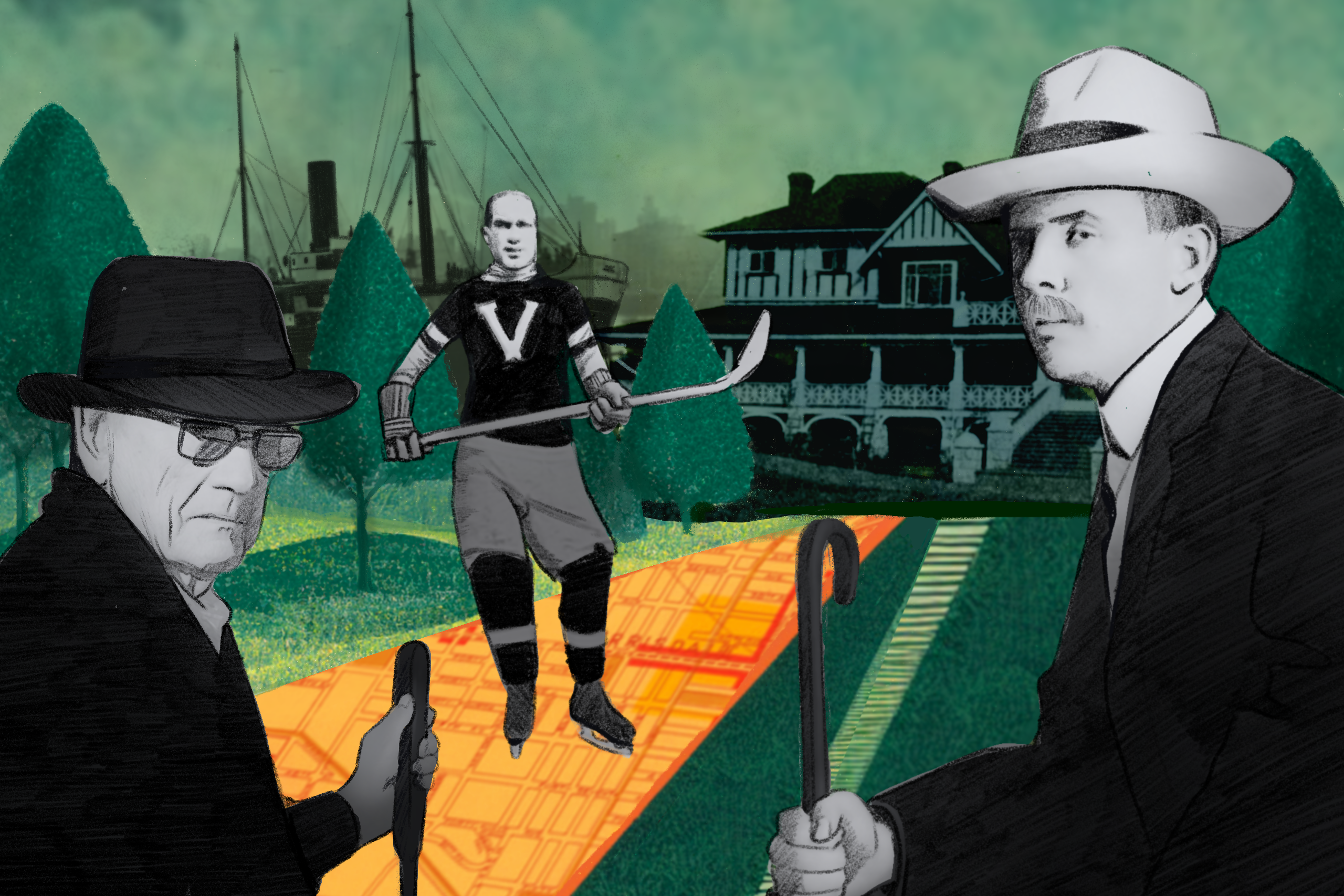 At a 2000 Vancouver city council hearing on a proposed SkyTrain line that would run through Kerrisdale, a resident of the well-to-do neighbourhood, Pamela Sauder, provided a quote for the ages. “We are dentists, doctors, lawyers, professionals, CEOs of companies,” Sauder remarked in opposition to public transit and the riff-raff who might use it. “We are the crème de la crème in Vancouver.”

“Crème de la crème” captures the spirit of entitlement and aspiration that has shaped the neighbourhood since its founding. With its quaint commercial drag on West 41st Avenue, quiet parks, and combination of adults-only condo buildings and single-family homes, Kerrisdale’s brand has long been a little stodgy, white grandma-friendly, and, despite what Sauder says, not as creamy as its adjoining rival Shaughnessy.

Ironically, Kerrisdale arrived at its name precisely because of public transit. In 1902, a train first connected the area, initially farmed by the McCleery brothers in 1867, to the canneries on Steveston and farms on Lulu Island. A few years later, when the rail line was taken over by the BC Electric Railway as part of a city tram line system, an early resident, Mrs. Mackinnon, was asked to name the tram stop on Wilson Road (now West 41st Avenue). She chose Kerrisdale, after her old home, Kerrydale, in Gairloch, Scotland.

In 1908, Kerrisdale and the surrounding area seceded from South Vancouver to form its own municipality, Point Grey. (According to Daniel Francis in Becoming Vancouver, “these people saw themselves as a ‘first-class residential district’ and wanted to be free of the penny-pinching austerity of the South Vancouver administration”). Kerrisdale served as the area’s city centre, with its city hall on West 42nd Ave and Yew Street, in what is currently Kerrisdale Centennial Park.

Kerrisdale’s exclusivity was denoted by the presence of one of the city’s early tycoons, Alvo von Alvensleben. The third son of a German count, Alvensleben worked as a fisherman and labourer upon his arrival in Vancouver. But within a decade, he had amassed a fortune as a property developer worth $25 million (over half a billion dollars in today’s currency), attracting German investment into the city. Before he fled Canada and lost his fortune during the First World War, his projects included local landmarks like the Dominion Building on West Hastings Street, the Wigwam Inn in North Vancouver, and his private residence on the western edge of Kerrisdale, which became Crofton House, the all-girls private school.

Around this time, in 1915, Vancouver’s professional hockey team, the Millionaires, won the Stanley Cup for the first and only time in the city’s history. The star of the team was Kerrisdale resident Fred “Cyclone” Taylor, who played the now-obsolete position of rover for the team and lived near Magee Secondary on West 49th Avenue. In the off-season, Taylor worked as the superintendent of immigration for the port of Vancouver.

When the Komagata Maru, a Japanese ship carrying 376 British subjects from India, arrived in Vancouver in 1914, Taylor was the first Canadian aboard. “The meeting of this boat was no different,” he later recalled, “than any other that had come into the port before or since other than there were quite a number of East Indians in the Inlet on small craft trying to greet their brethren from India.” Although the passengers were legally entitled to immigrate to Canada, racist sentiment kept its passengers on the boat and unable to set foot in Canada for two months, before they were sent back to India. That a notable Vancouverite, who later regretted his involvement, played a role in one of the city’s most shamefully racist episodes feels less coincidence and more synchronicity.

In Kerrisdale, Taylor helmed fundraising efforts for the 2,500-seat arena on East Boulevard, built in 1949, that is now named after him. Kerrisdale Cyclone Taylor Arena was the site of Vancouver’s first rock concert, when Bill Haley and the Comets appeared in 1956, and it later hosted acts as divergent as Devo, Peter Tosh, and the Clash. It was Motorhead’s ear-shattering 1982 concert, according to local historian Aaron Chapman, that signalled the end of Kerrisdale’s countercultural era.

A more recent taxonomy of Kerrisdale can be found in Seth Rogen’s essay collection Yearbook. The actor-writer named his production company after his alma mater, Point Grey Secondary. High school was a pivotal experience for the Jewish elementary school grad who describes the Kerrisdale of the 1990s as “our Middle-earth, a mystical and dangerous world” and includes an illustrated map that includes now-shuttered landmarks like “the main hub of social life, the 7-Eleven on West 37th Avenue and West Boulevard” and “a Chinese convenience store where they’d sell cigarettes to kids of any age.”

Since Kerrisdale’s founding, its affluent face, which once excluded the Chinese from owning property in its land covenants, now welcomes those with Asian origins and enough money. A 2020 report published showed that 45 per cent of the local population could speak a Chinese dialect. On West 41st Avenue, one can find Taiwanese fried chicken and a Japanese dollar store alongside afternoon tea and Birkenstocks.

And while that same report also indicated a rapidly aging, declining population, it is still a bastion of privilege. It has twice (29 per cent) the number of residents in the top 10 per cent of Canadian income as the Vancouver city average (14 per cent), and it’s the second least densely populated neighbourhood after Shaughnessy. Some of that elbow room is provided by the Arbutus Greenway. The outdoor path, which replaced the unused railroad tracks that had been under consideration for public transit two decades earlier, now provides outdoor space for joggers and cyclists and is earmarked to be a destination park. For the “crème de la crème,” privileges come with membership.