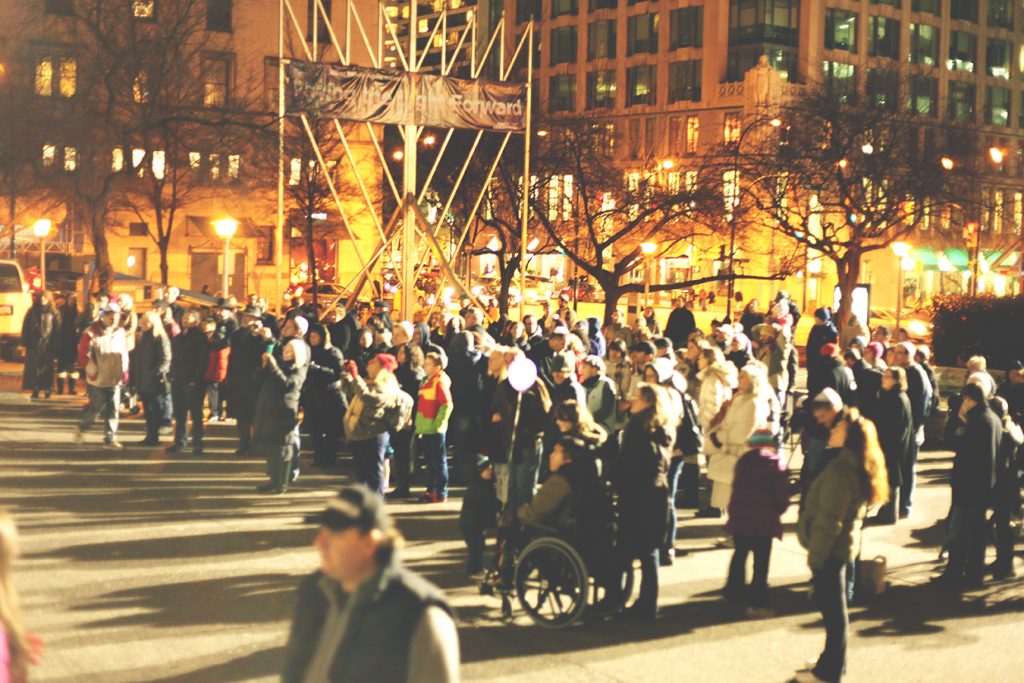 Every year, at winter, a crowd gathers around the plaza in front of the Vancouver Art Gallery. Children weave through the throngs of people, their hands clutching sufganiyot, the traditional Chanukah donut, eyes fixed upwards at the silver nine-branched candelabrum.

The public lighting of the Menorah commences the very first night of Chanukah, the Festival of Lights. Held annually since 1993, the ceremony at the Art Gallery celebrates its 20th anniversary this year and has become a beloved holiday tradition.

The lighting is a joint presentation by Chabad Lubavitch, a Jewish non-profit organization, and the family of the late Fred Silber, a Holocaust survivor and philanthropist. The candle is lit by a member of the Silber clan, with three generations of the family in attendance.

The Menorah, perched on the corner of Georgia Street and Hornby Street in downtown Vancouver, stands as the tallest in Canada at 8.5 metres. It was designed by Israeli sculptor and experimental artist Yaacov Agam who, following his lighting of the candle at the second ceremony in 1994, inscribed his name. The world’s largest Menorah, another Agam paragon, is stationed in New York City, and measures 9.8 metres.

This evening, the Menorah’s first light will be illuminated to celebrate the start of Chanukah. Those who attend are encouraged to bring unwrapped toys to donate to the B.C. Children’s Hospital Chanukah Toy Drive. Now, where are those donuts?