The best things in life take time to experience—mature wine, faraway places, hand-embroidered garments, willow trees. Learning the patience, and being able to see the bigger picture, is a talent most of us have to learn. But Kristyn Christiansen almost seems to have been born with it; what other type of guy would spend eight years using his own two hands to turn an overgrown Bowen Island cliff into a dream hideaway? 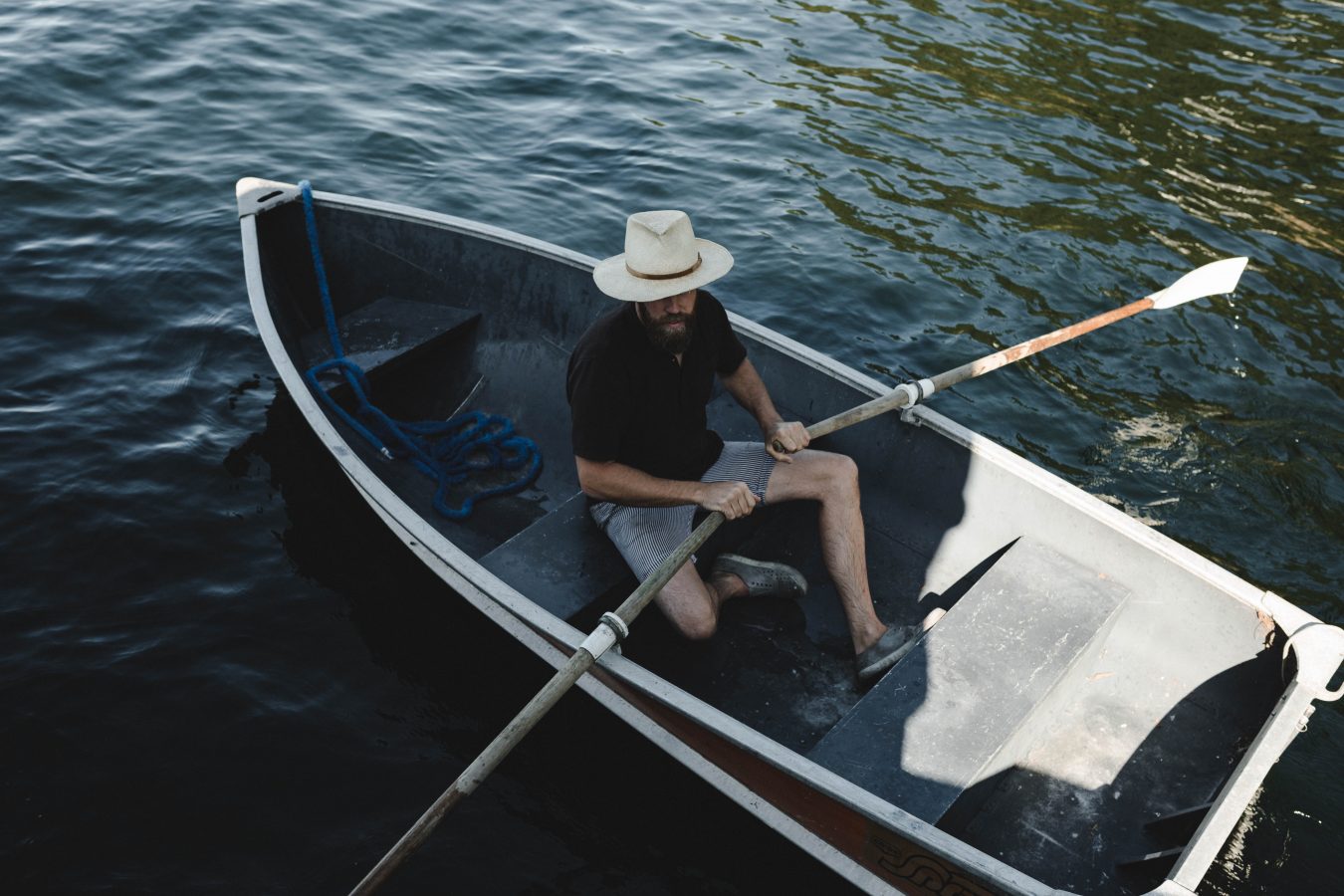 As the man behind Franklin Sign Co., responsible for signage at the likes of Nourish and Small Victory, Christiansen is a successful Vancouver creative—but he was not content spending all of his time in the city. Along with his wife Sophena Kwon of Maiwa Handprints, Christiansen represents a burgeoning lifestyle shift resonating with the generations born in the 1980s and 1990s. Vancouver is expensive, but it’s also culturally and creatively inspiring. So how to cope? Instead of saving up for a tiny condo in the city, look to the islands.

“I think it’s a great lifestyle because we can share our time between the two and have that outdoor experience to keep us grounded in the city,” Christiansen says. “Kind of one foot in nature and one foot in Vancouver.” His Bowen property, only accessible by boat or foot (there is no road), sits right on the water’s edge. Made up of a glass yurt, adjoining kitchen, large sundeck complete with fire-powered hot tub, and two large canvas tents, Moonshine Kingdom, as the couple calls it, is a hidden oasis, a true passion project. “We try to spend our off time as much as we can here, making it comfortable,” Christiansen says, seated on the quiet wooden deck that he built himself. The only thing standing when he purchased the land was the glass yurt; everything else has been constructed by Christiansen, Kwon, and their friends. 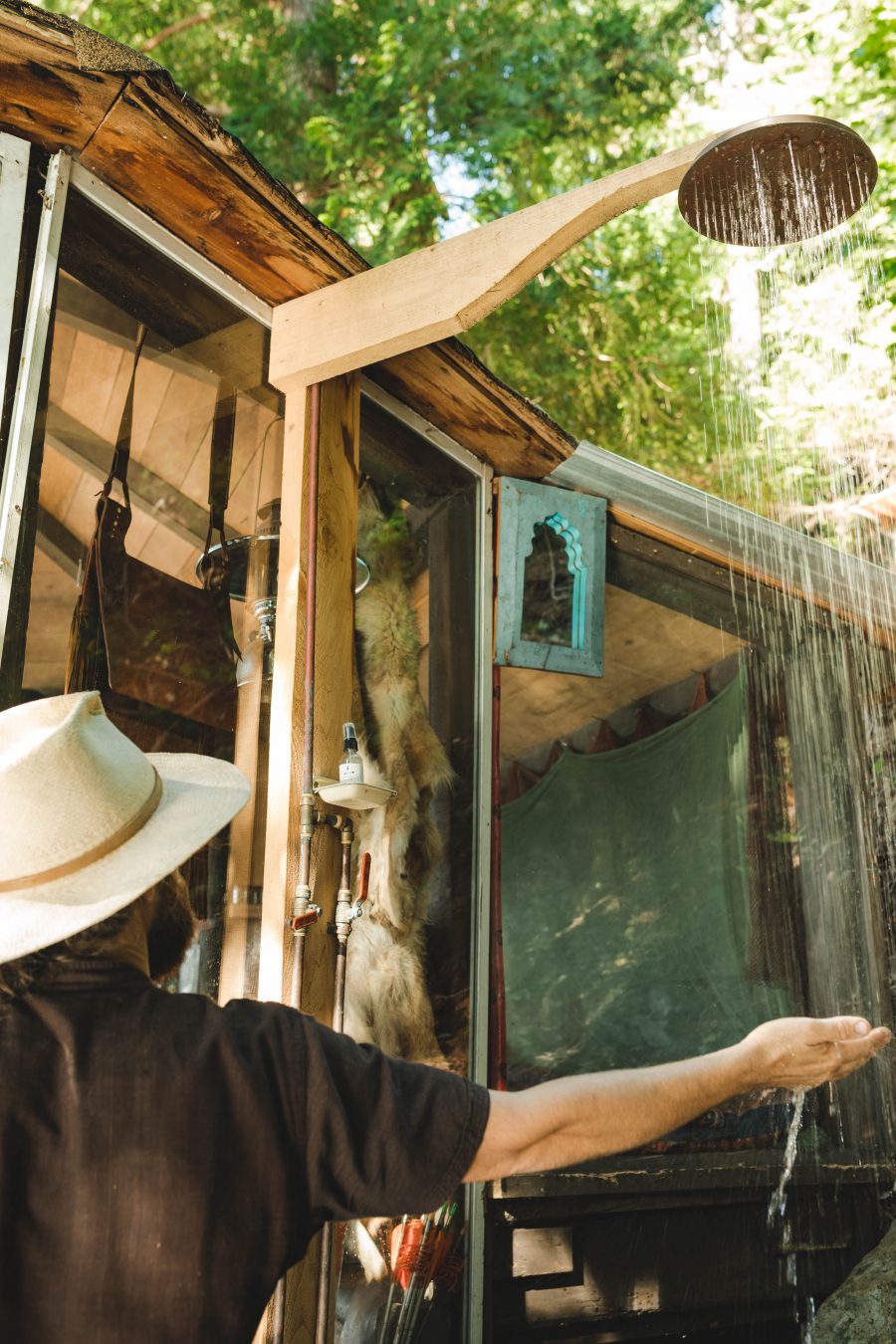 “When I first got the place, the glass door in the front of the yurt was broken and it was winter time,” Christiansen recalls before Kwon adds, “There was a huge garbage pile on the property.” Basically, they had to take time to clean the land, to fix what was broken, and to add on, bit by bit. Moonshine Kingdom today is rugged and bucolic—but not the manicured kind that many bars and restaurants try to emulate in Vancouver. Here, exposed wood is a necessity as much as it is a design choice, and sleeping quarters are made cozy with soft linens and handcrafted pillows. This is the real deal, legitimate off-the-grid living. The kitchen was only built in recent years, and they finally set up running water that is collected from a natural stream and cycled through the property so not a drop goes to waste. There is an outdoor shower, and the outhouse is a wooden hut with no door—the trees provide the necessary privacy from the salty sea below. 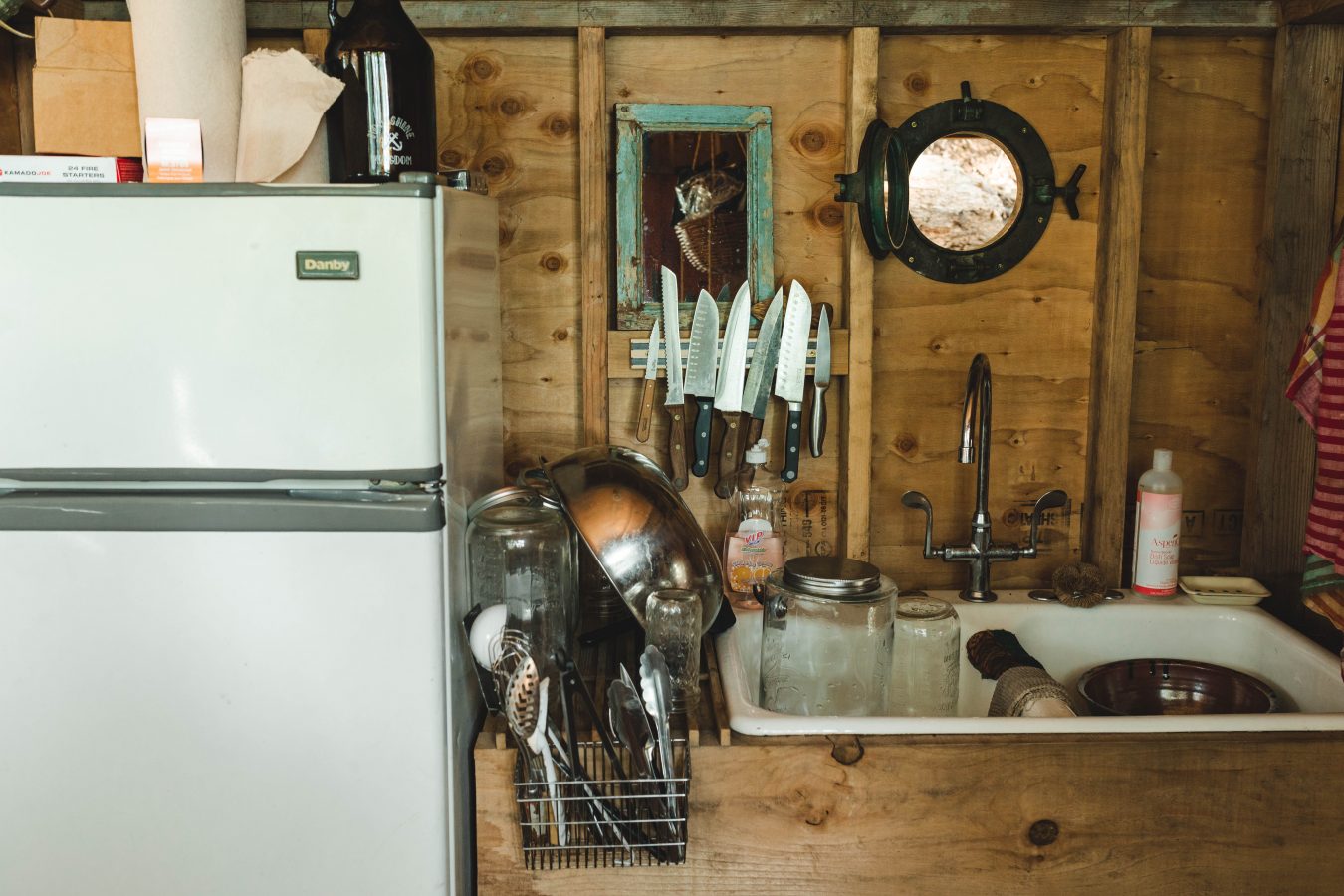 While it might all sound like a quirky Wes Anderson film, Moonshine Kingdom was inspired by something much more magical: the light of the moon. While Christiansen grew up in the Prairies and was used to seeing the moon rise, he had never seen it set until he acquired the Bowen property. “This cabin, because of the way it is situated with the glass yurt and the bed being right on the water, I’ve been woken up several times by the moon setting at four or five in the morning, because it just fills the whole cabin. It’s almost like the sun’s coming up with how bright it is,” he says. “That was really special to always see the moon setting here. It was strange that in my whole life, I had never seen that. That’s why this place became Moonshine Kingdom: because of the moon shining off the water and coming in and filling up everything with light.”

The couple has no plans to rent out the property; it is purely for the enjoyment of them and their close friends. This is not about making money, it is about cultivating a lifestyle that gives as much as it takes. It’s hard to be mad that the moon woke you up when you feel wrapped in its light.

From the Archives: This article was originally published on September 13, 2017. Discover more Community stories.