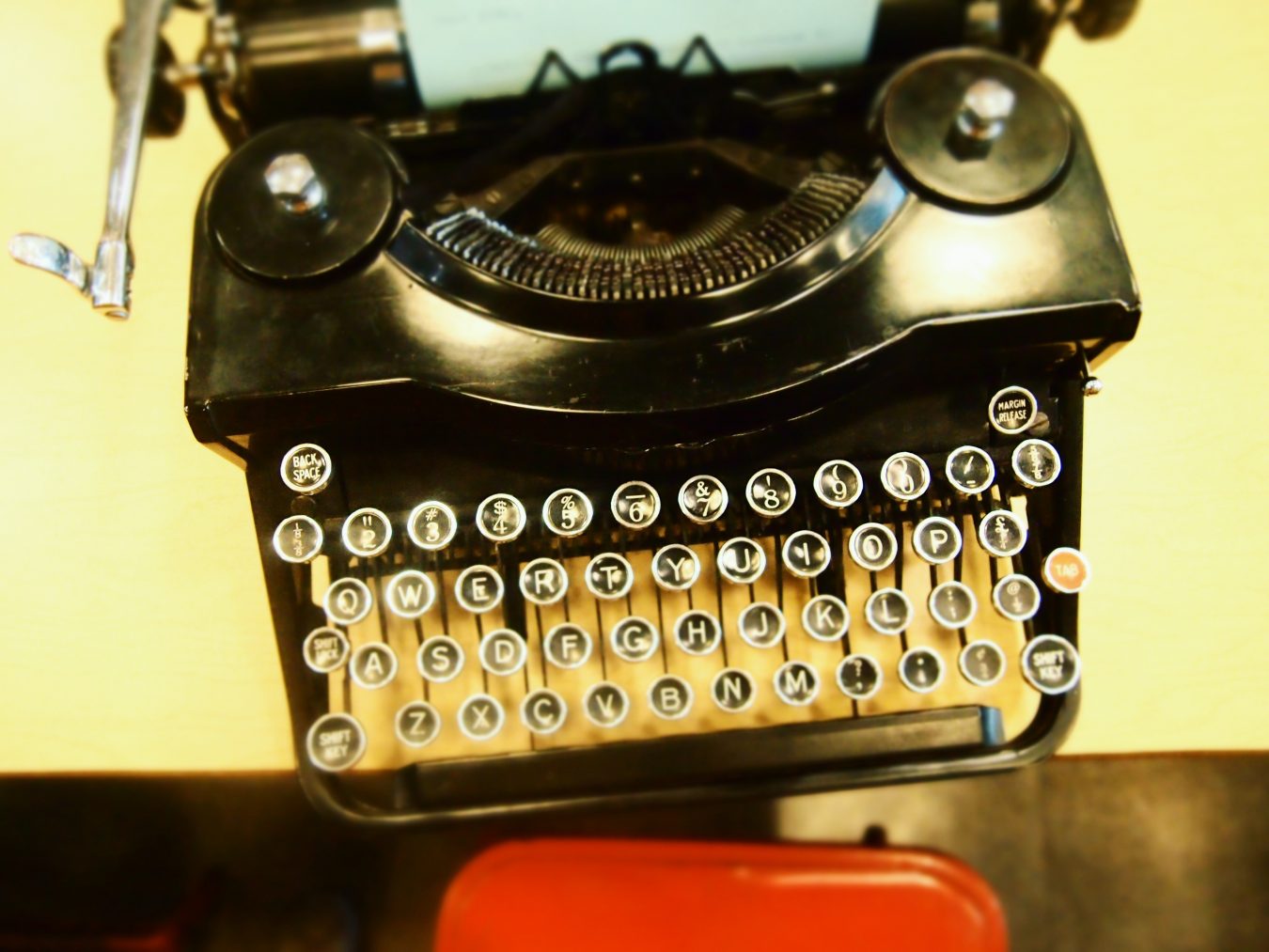 Nestled in the heart of Vancouver’s Mount Pleasant, the Regional Assembly of Text could be described as a writer’s dream.

Featuring nearly floor-to-ceiling shelves filled with gear and accessories, the quaint store carries everything from general stationery, notebooks, and planners to boutique pens and house-made cards. Brandy Fedoruk and Rebecca Ann Dolen, who met at Emily Carr University of Art and Design and bonded over their shared love of text and print, founded the shop in 2005. And since the beginning, it has played host to a unique analogue event: the Letter Writing Club.

The club is exactly what it sounds like, with participants sitting down to create notes on old-school typewriters—and in doing so, discovering a forgotten artform. “We just wanted to have a monthly event to engage the community a little bit and give back—while promoting our store,” explains Fedoruk. The event is free, open to all members of the public, and runs the first Thursday of every month. All people have to do to participate is show up and claim one of the unique vintage typewriters set out on the store’s long table. “We’ve sort of just acquired them over the years. People have dropped them off, or we have found them second-hand,” says Dolen of the machines, adding with a laugh: “We’ve come to the point where we have had to tell people we don’t need any more typewriters!”

This particular Thursday evening—as summer begins turning to autumn with that beautiful, fleeting overlap of warmth and falling leaves—sees an especially eager crowd; perhaps the seasonal transition spikes an interest in cozying up with a typewriter and enjoying some complimentary tea and cookies. Still, Fedoruk says the event is popular year-round. “We always have people show up,” she confirms. “In all of the years, I don’t think there has ever been a night where there is nobody.” Before the shop opens for tonight’s event, a long line of people waiting to participate snakes along the Main Street sidewalk. Two attendees, Paige Godfrey and Steve Chan, peer into the window while expressing their excitement. “He is from Ireland and I lived there for a while as well. We both write letters to our friends there,” Godfrey says of herself and Chan. “There is something very cool about sitting down at a typewriter and writing a letter. It just feels special.”

With the club, the Regional Assembly of Text facilitates a gathering space for lovers of palpable analog expression in a fast-paced digitized world; old-school writing serves as a reminder to take care and proceed with thoughtful, sincere intention. “I think a lot of them are trying something new, because analog is something new for them: because it’s younger people who grew up with a cellphone,” Fedoruk explains. “There are a lot of people who are just learning, and then a lot of people who are sort of nostalgic because they grew up with a typewriter, or played with their grandma’s like me. I don’t think I ever stopped making things, but I do think there is a generation who are using more technology, who are just getting into things that are tangible and meaningful in a different way.” As technology becomes more and more ingrained in daily life, the very generations who were raised around screens are finding ways to detach from them.

Indeed, there is something very calming about turning off cellphones and fully immersing in this slow and archaic task. Whether taking part as a way to disconnect from technology or to reconnect with faraway friends, the Letter Writing Club serves as an assembly of creative expression and release—a pause button on modernity, pressed in ink and set free in the mailbox.

Dive into the Community.